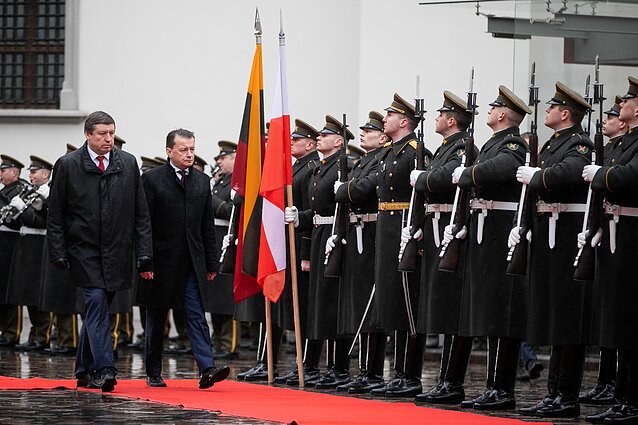 During the first joint Polish–Lithuanian Defence Council held in Vilnius on Wednesday, the two countries agreed to “train and act” together to defend the Suwalki Gap. / E. Blaževič/LRT

The morning before Brexit. As our British readers might wake up feeling nostalgic for one union, Vilnius and Warsaw are remembering another one – the Lithuanian–Polish Commonwealth.

"We are heading toward something we had before the Battle of Grunwald [in 1410] or the Battle of Orsha [in 1514]," said Lithuanian Defence Minister Raimundas Karoblis.

So why the historical longing?

It has some very present-day realities. During the first joint Polish–Lithuanian Defence Council held in Vilnius on Wednesday, the two countries agreed to “train and act” together to defend the Suwalki Gap.

The 80 kilometre stretch connecting Lithuania (and the Baltic states) with Poland is flanked by Russia’s Kaliningrad and Belarus, and NATO has expressed worries that if seized during a conflict, it may cut off the Baltics from the rest of the Alliance. Vilnius and Warsaw will each assign a brigade to the NATO headquarters in Poland.

More on the remarkable declaration here.

As the tariff stand-off between Moscow and Minsk continues, Belarus has called for a third of the country’s oil to come via the Baltic states. The first large shipment of Norwegian oil departed Lithuania for Belarus last week.

The Lithuanian parliament is moving to impeach MP Irina Rozova over her undisclosed ties with Russian diplomats. However, a parliamentary investigation is yet to conclude, and the opposition is pushing for the impeachment proceedings to go ahead regardless.

In a final bit of news on Russia and the Baltics, the Lithuanian foreign minister welcomed EU adding seven more individuals to its sanction list. Meanwhile, Russian-language TV content in Lithuania has recently decreased due to “geopolitical reasons,” according to one TV channel.

In short (bear with us), Putin claimed Poland was responsible for starting the Second World War. Poland called out Russia for trying to rewrite history, but was not given a platform to speak at the Yad Vashem event in Jerusalem. The polish president skipped the event and the Lithuanian president followed suite in solidarity with Warsaw. Duda and Nausėda went to the commemoration in Auschwitz instead, where the latter called “to look for truth” amid the dispute with Moscow. The saga then engulfed the Ukrainian president who called the Molotov-Ribbentrop Pact between Soviet Union and Nazi Germany a “collusion,” which left the Kremlin fuming. Haaretz criticised Istael’s own involvement in the dispute by “selling” Holocaust legacy to Putin.

Meanwhile, Dutch PM Mark Rutte apologised for the country’s complicity in the Holocaust during the 75th anniversary of Auschwitz liberation. Does it have any effect on Lithuania’s own complicated relationship with the past?

Media funding laws are being compared to “censorship” by opposition MPs, Lithuania plans to ban flavoured e-cigarettes, and the country is moving to strengthen environmental regulations after a spate of high-profile pollution scandals.

… and all for Lithuania. The slogan of a new political party emerging in the Lithuanian parliament is being compared to the Three Musketeers, a label that the founding members are quite happy with.

Coronavirus latest: Lithuania will not evacuate its citizens from China for now, despite there being several Lithuanians in Wuhan. Health specialists are now on stand-by at Lithuanian airports, and several domestic travel agencies have suspended trips to China. The country is also considering installing thermal sensors to prevent the spread of the virus.

Meanwhile, Vilnius was picked as one of the healthiest capital cities in Europe after recently celebrating its 697th anniversary with a festival of lights and Jedi Grand Dukes.

In Croatia, 12 people carry the surname Lithuania. Almost as many derive their surnames from the words ‘hen’, ‘buttocks’ or ‘salad’. There are also 56 registered Drakulas.

A LOSS FOR LITHUANIA

Ending on a more somber note, Professor Edvardas Gudavičius, the founder of modern Lithuanian historiography, has passed away on Monday at the age of 90.

Globalisation for Eastern Europe did not start in 1989, argues James Mark in an exclusive interview with LRT.lt. 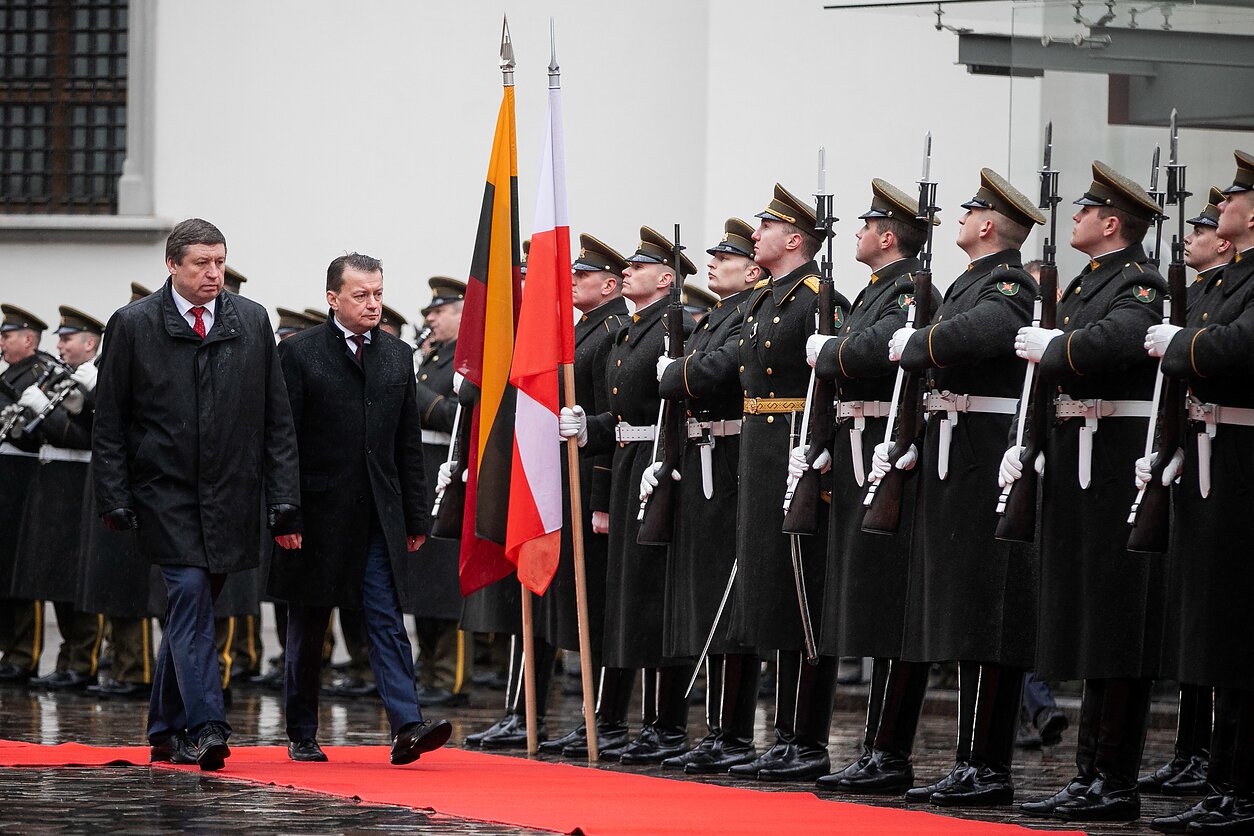 During the first joint Polish–Lithuanian Defence Council held in Vilnius on Wednesday, the two countries agreed to “train and act” together to defend the Suwalki Gap.
1 / 1E. Blaževič/LRT