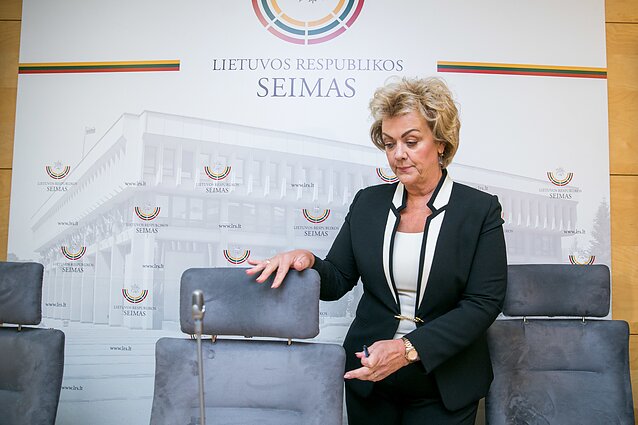 Lithuanian parliamentarians have collected 44 signatures to initiate impeachment proceedings against MP Irina Rozova over her undisclosed ties with Russian diplomats.

State Security Department submitted a report to the Seimas' speaker in January 2018, saying that Rozova and Russian diplomats discussed financial support for her party, the Russian Alliance, and that she had contacts with Russian Consul General Vladimir Malygin who was sent out of Lithuania in 2014.

The initiators of impeachment motion say there are sufficient grounds to suspect that Rozova "grossly violated the Constitution and breached her oath".

"There is sufficient reason to conclude that Rozova was probably not open and honest [and] deliberately tried to conceal her ties with representatives of Russia's diplomatic corps [...] from the State Security Department's officials," MP Laurynas Kasčiūnas, one of the initiators, told BNS.

The motion was signed by Ramūnas Karbauskis, the leader of the ruling Farmers and Greens Union, Dainius Gaižauskas, the chairman of the parliament's Committee on National Security and Defence (NSGK), and other members of the committee.

Other signatories include Agnė Širinskienė, the chairwoman of the Committee on Legal Affairs, Gabrielius Landsbergis, the leader of the opposition Homeland Union–Lithuanian Christian Democrats, Viktorija Cmilytė-Nielsen, the leader of the Liberal Movement, and other MPs, mostly from opposition parties.

If a group of at least 36 MPs tables an impeachment motion, the Seimas sets up a special commission to look at whether there are grounds to open impeachment proceedings.

The parliament then votes on the commission's conclusion and if it decides that the impeachment should proceed, it asks for the Constitutional Court's opinion on whether specific actions by the person against whom impeachment proceedings have been opened "are in conflict with the Constitution," according to the Statue of the Seimas.
Read more: Lithuanian MP discussed ‘political situation, projects’ with Russian diplomats, opposition says 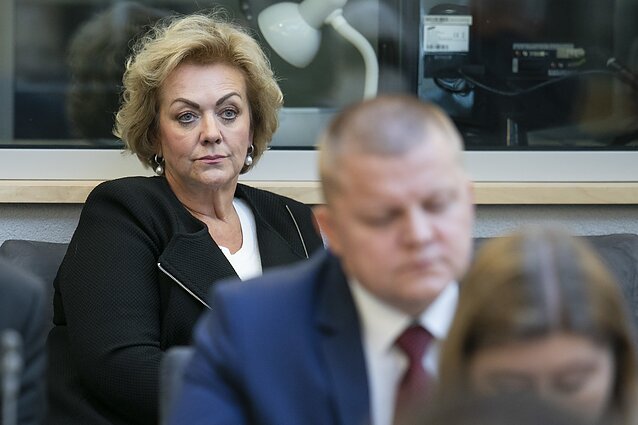 In the impeachment motion, the initiators say "there are sufficient grounds to conclude that MP Rozova deliberately tried to conceal her ties with representatives of Russia's diplomatic corps and the nature of these ties from the State Security Department's officials when applying for access to classified materials".

The State Security Department (VSD) recommended in its report to Viktoras Pranckietis, the speaker of the Seimas, that Rozova be denied such access.

Rozova insists that her contacts with Russian diplomats were not personal and, therefore, she did not have to report them to the intelligence agency.

According to the impeachment motion, the MP "sought to mislead VSD official and, acting dishonestly, sought to obtain access to classified information," which "could have threatened the security of state secrets".

The initiators of the motion say this implies that Rozova "grossly violated the Constitution and breached the oath of a member of the Seimas".

According to the motion, Rozova withheld important information about her informal personal contacts with Russian diplomats, "although she could have made personal requests" to them. 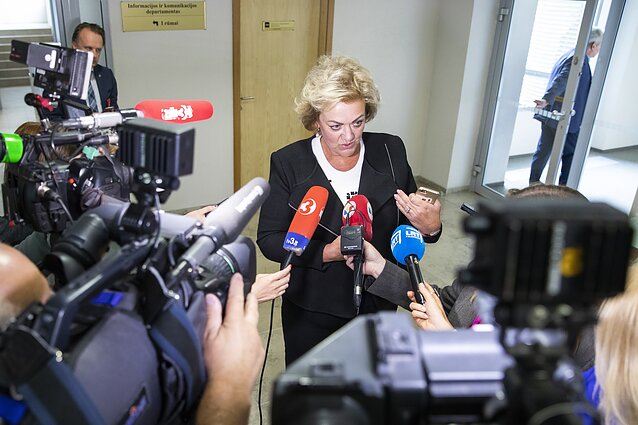 The parliament's security and defence committee is already conducting an investigation into Rozova's alleged ties with Russian diplomats and their possible national security implications.

The parliamentary investigation was initiated after it came to light that VSD had recommended in its report to Pranckietis that MP Rozova be denied access to classified information.

The parliament's security and defence committee has until April 30 to conclude its investigation.

Irina Rozova said she cannot understand "the rush" surrounding the impeachment initiative as the parliament's Committee on National Security and Defence (NSGK) has not yet finished its investigation into her ties with Russian diplomats.

"It's [Social Democrat MP Dovilė] Šakalienė's initiative. Maybe she wants to get a medal before the election, I don’t know," Rozova told BNS on Tuesday. Šakalienė was one of the NSGK members who initiated impeachment proceedings against Rozova. T

"You are perfectly aware of the fact that the investigation has to be done by April 30. We still have two months but they [NSGK] or she [Šakalienė] believe one conversation with me is enough to initiative impeachment," the lawmaker said.

She refrained to comment on the initiative any further as she has not gotten acquainted with the impeachment text. "On the one hand, I am glad the opposition are working so actively. On the other hand, it's really hard to comment as I have not seen the text," Rozova said. 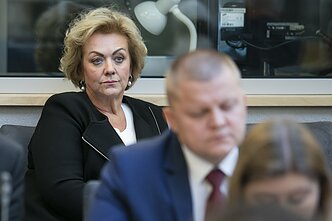 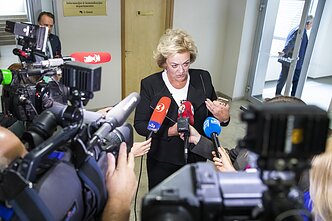 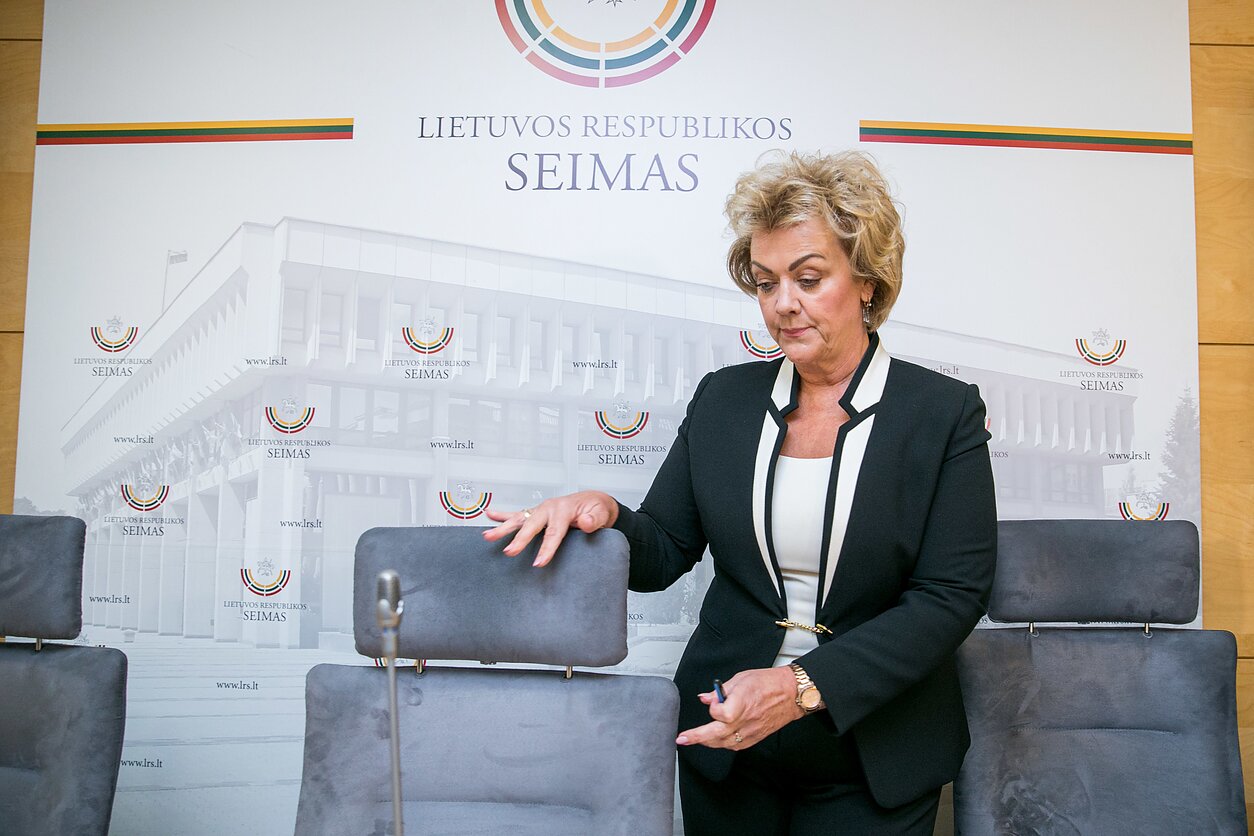 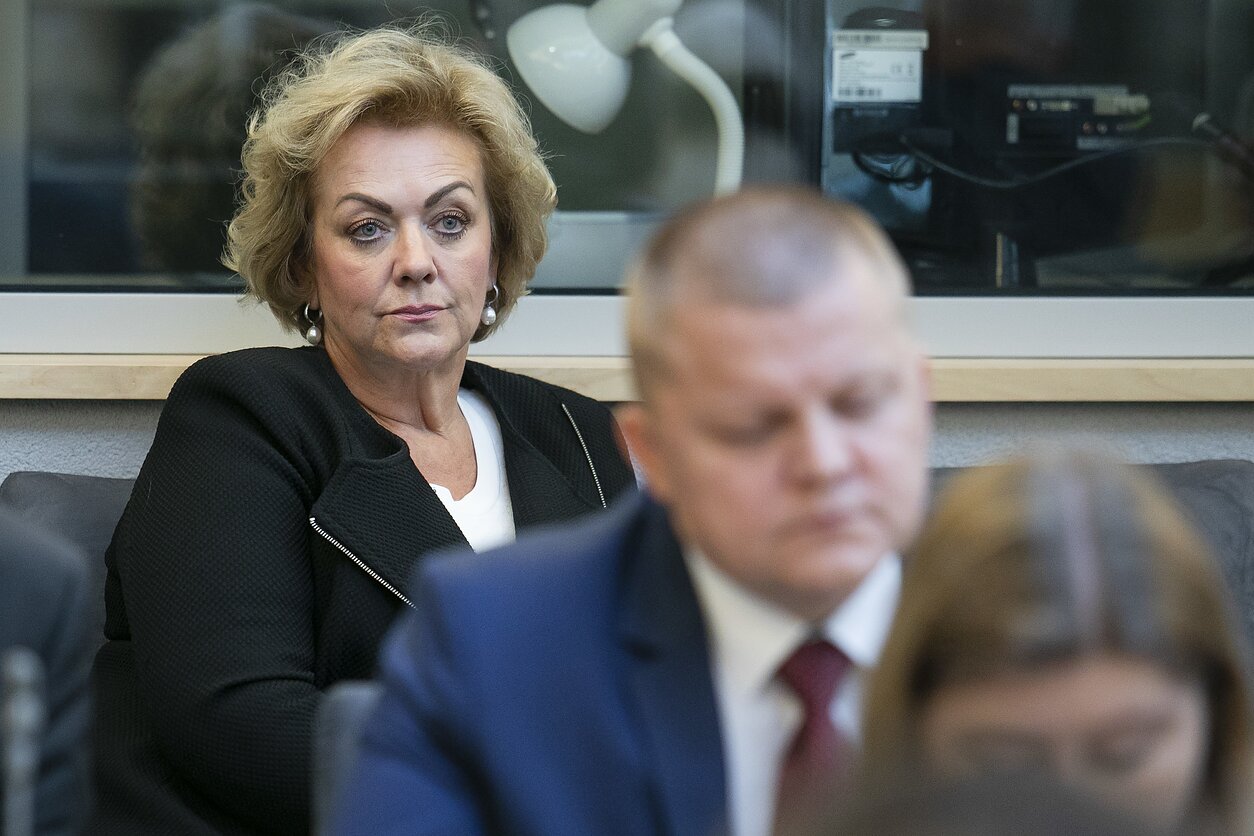 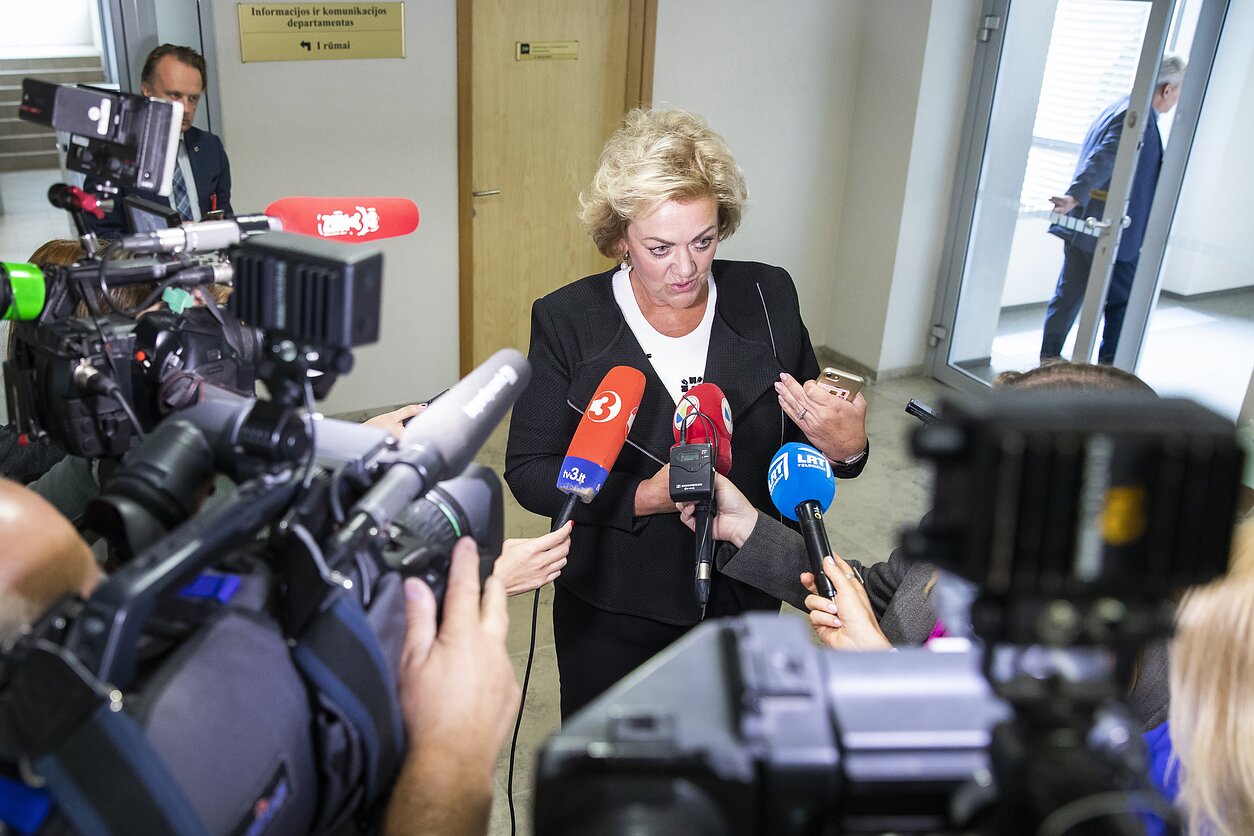