LRT English Newsletter: Lithuania's make it or break it weekend 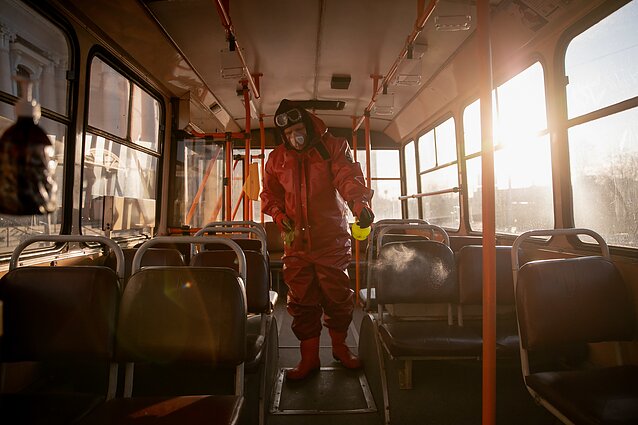 We are heading into the Easter weekend which may prove to be the make it or break it moment for Lithuania’s coronavirus crisis control. The country’s leaders have urged everyone to stay put and not visit relatives – and banned travel between cities from Friday night until Monday. Roads leading into major towns and cities will also be closed.

"If we, as a state and a nation, show maturity and [maintain quarantine] this weekend, analysts' estimates allow us to say that we have stabilised the situation. It's important to avoid a surge," said Lithuanian Prime Minister Saulius Skvernelis.

Predictably, the government has extended the nationwide quarantine for two more weeks, tightening some restrictions – wearing facemasks in public is now mandatory – while relaxing others. However, if there’s no explosion in new infections, further easing of public and commercial life is in sight.

Despite uncertainty about the future, the president said this week Lithuania would hold its general election this year as planned.

HOW DID WE GET HERE?

Deadly pandemics are a result of our own making, argues conservation scholar Elena Lazutkaitė in a forceful opinion piece. From malaria-spreading mosquitos in tropical regions to tick-borne Lyme disease in Lithuania, human encroachment on nature gives rise to deadly risks across the globe.

DOCTORS ON THE FRONTLINE

Alarmingly, medical workers make up nearly one-sixth of people diagnosed with Covid-19 in Lithuania. Protection for those on the frontline of the coronavirus effort are insufficient, medics’ organisations say, demanding more and better masks, respirators and protective clothing.

A hospital in Klaipėda was even forced to shut down nearly all of its wards due to glaring safety violations.

Meanwhile MPs finally endorsed substantial bonuses for medics who treat coronavirus patients, though it took them two tries to do it. The first one failed when the ruling party and the opposition got at loggerheads over who cares for the doctors more.

In the general confusion of the Covid-19 epidemic, a software malfunction last week seriously disturbed the work of several ambulance teams in Lithuania. LRT Investigation Team decided to dig deeper, suggesting an ugly feud between competing service providers may be behind it.

HEALTH OF THE ECONOMY

What about joint eurozone borrowing? After an adviser to the Lithuanian president suggested he might support the so-called corona bonds – asked for by some of the EU’s hardest-hit countries like Italy, France and Spain – he came out firmly against them this week.

Instead, though it might not be much, Lithuania is showing solidarity by sending medical supplies worth 100,000 euros to Italy and Spain.

And in another symbolic gesture, the country has agreed to resettle two refugee children from Greece. They must not “pose a threat to national security,” while a priority will be given to those who speak “English, Russian, French or German,” according to the Lithuanian interior ministry.

– Lithuania’s third biggest city, Klaipėda, is set to launch locally made electric buses in a move towards decarbonising its public transport.

– The parliament has endorsed the current chief of Lithuania’s main intelligence agency, the VSD, for a second term. It was not an uncontroversial candidacy.

– An appeals court decided that Algirdas Paleckis, a former politician accused of spying for Russia, should not wait for his trial in detention where he spent the last year and a half. Paleckis is infamous, among other things, for claiming that Lithuanians were shooting at their own during the Soviet aggression against civilians in January 1991.

Lithuanian and Belarusian leaders recently got into a war of words, with the former saying Minsk is not handling the coronavirus situation well and the latter telling to mind their own business. Subsequently, Lithuania closed its border to all passenger cars coming from the neighbouring country.

Weighing in on the topic, Belarusian journalist Dzmitry Mitskevich writes that the Minsk government is hiding the true extent of the crisis from the public, not unlike after the Chernobyl disaster in 1986. Now, like then, a planned parade may become a symbol of the government’s disregard for public safety.

– Why is toilet paper among the first commodities people stock up on during crises? Our partners at DW take a look.

– The UK’s agriculture may have gotten a sneak-peak into the post-Brexit world as closed borders deprived it of seasonal EU workers.

– Could the CoV-2 have been developed in a secret lab, as numerous conspiracy theories allege? LRT FACTS explains why it is unlikely.

– Stranded at home during the quarantine, a group of small-town Lithuanian women started sewing facemasks and handing them out to locals for free.