How did we get here? Covid-19, climate crisis and the sixth mass extinction – opinion 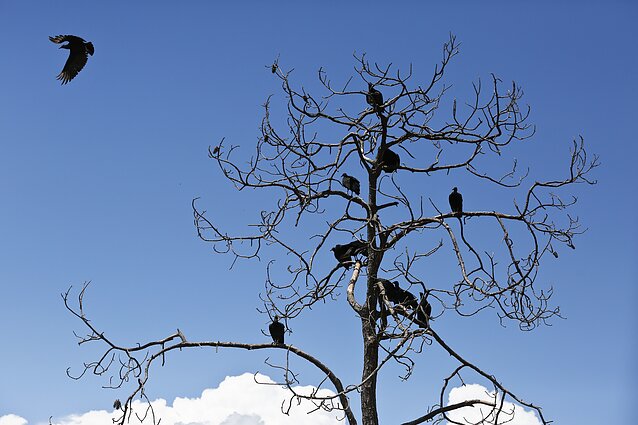 From malaria-spreading mosquitos in tropical regions to tick-borne Lyme disease in Lithuania, human encroachment on nature raises risks across the globe, writes Elena Lazutkaitė, a doctoral candidate at Nottingham University in the UK.

To tackle the most pressing question of our time – how did we get here? I must introduce the term 'zoonotic disease' and explain why it is important.

Zoonotic diseases are infectious diseases that transmit between non-human and human animals (human beings are part of the animal kingdom).

In fact, much of human exposure to infectious disease has been zoonotic. Plague crossed from small mammals centuries ago. The Spanish flu pandemic originated in birds. Rabies has terrified civilisations for thousands of years, but now is defeated with a vaccine. In the 1920s, when hunters in Africa butchered chimpanzees, HIV was likely transmitted to humans, causing AIDS which is now prevented with antiretroviral treatment. 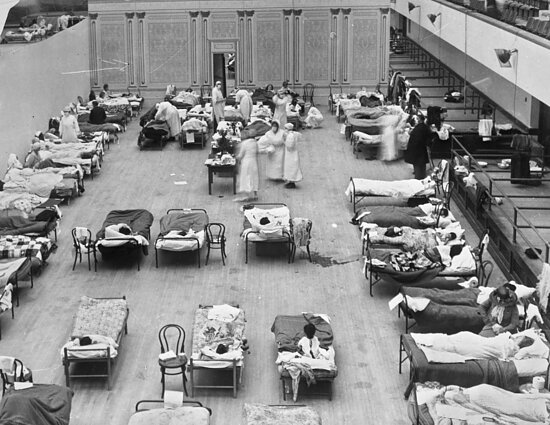 The New York Times has explained that “any emerging disease in the last 30 or 40 years has come about as a result of encroachment into wild lands and changes in demography”. Put shortly, by destroying nature, we are putting ourselves at grave risk. Regardless of Covid-19, we live in an era of a chronic state of emergency.

Our planet faces a global extinction crisis and a climate crisis. Researchers talk of “biological annihilation” as billions of animals have been lost in recent decades. Insects are disappearing at a rate eight times higher than that of mammals, birds and reptiles. The loss of pollinators and nutrient recyclers “threaten collapse of nature”.

Unlike the previous mass extinction event 65.5 million years ago which wiped out 76 percent of existing species, the Earth's sixth mass extinction is entirely of our own making. Deforestation, habitat destruction, pollution, overconsumption, overpopulation and other human activities are causing huge losses to the non-human world and ecosystem services it supports. 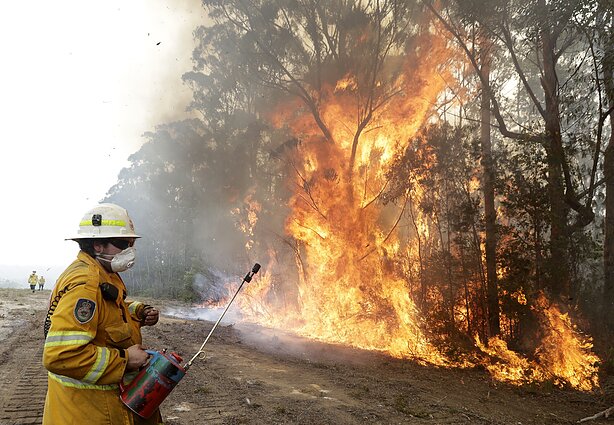 The concept of ‘ecosystem services’ was popularised in the 2000s and is now key in environmental decision-making. I do not like the term; it echoes the ideology of neoliberalism and human supremacy by presenting ecosystems as providing us with “free services” to exploit, valorise and monetise.

The ‘services’ include pollination of crops by bees, purification of water and air by forests, climate regulation, medication derived from animal, fungal or plant genetic material, disease prevention, inspiration and many more.

Ironically, our destruction of healthy ecosystems aids the proliferation of highly adaptable species that bring no ‘service’ to us. In a vicious circle, the climate crisis magnifies the stress we put on wildlife and, ultimately, ourselves. Vector-borne diseases transmitted by mosquitos, such as Malaria, dengue and Dirofilaria immitis (or heartworm), are climate sensitive; warmer climate is the key factor in driving growing numbers of mosquitoes. Furthermore, research suggests that the climate crisis could allow mosquitoes to evolve more rapidly, which would increase the number of humans (and other animals) at risk. 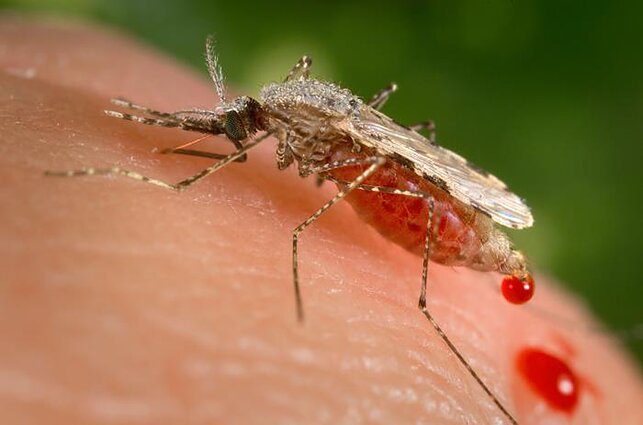 Even relatively small disturbances to ecosystems can have a devastating impact on public health. In Europe, including Lithuania, Lyme disease is endemic. Lyme borreliosis is caused by bacteria which are transmitted to humans by ticks. Reservoir animals for the bacteria are rodents, insectivores, hares and birds. 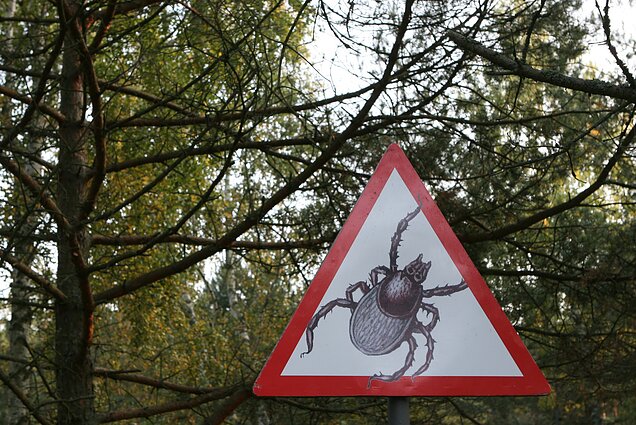 There are more recondite consequences of the climate crisis. In 2019, a study from the University of California linked the decline in Arctic sea ice to the emergence of a deadly virus that threaten marine mammals in the North Pacific. When Phocine distemper virus (PDV) (the seal equivalent of measles) spread from Europe to Alaska, scientists asked how the virus reached them. They found that the melted Arctic sea allowed marine mammals to migrate from the Atlantic to the Pacific. The virus does not infect humans, but presents a challenge to conservationists and threatens livelihoods in Alaska’s communities.

Disturbing the ancient layers of permafrost increases risk of exposure to pathogens. The science writer Jasmin Fox-Skelly has raised a pertinent question, “what would happen if we were suddenly exposed to deadly bacteria and viruses that have been absent for thousands of years, or that we have never met before?”

Nevertheless, ecologically devastating human activities such as drilling for oil and gas in Siberia do not cease.

Meat culture at the heart of zoonotic pandemics

From Siberia to Africa, the complex entanglement of human, other animal and ecosystem health is increasingly visible. The recent Ebola outbreak in West Africa has been linked to hunting and butchering of wild animals, including bats.

Trade in bushmeat tells only part of the story. Bats might transmit viruses not only as bushmeat, but also by dropping infected material which then can be picked up by other animals. Extermination of bats, however, would present an ethical issue as well as a practical one – bats are important pollinators and seed dispersers.

Nature has always been dangerous to us, but human intervention into nature brings the most disastrous effects. In the case of Ebola, deforestation plays a crucial role. Each time a forest is deforested (or better said, invaded) and humans get closer to wildlife, there is a risk of a “spillover” event of pathogens.

The novel coronavirus that causes Covid-19 is believed to have been initially hosted by bats and transmitted to humans via another wild animal for sale at a wet market in Wuhan, China. Genetic analyses suggest that this wild animal might be a pangolin, an endangered but highly trafficked mammal. The pandemic has revealed the scale of illegal poaching and legal but equally appalling industry that breeds wild animals like pangolins for food and pseudo-medicinal use.

The Covid-19 pandemic calls into question the future of wet markets and our relationship with the non-human world per se. Would pandemics occur if humans ate a plant-based diet? Surely, there are zoonotic diseases emerging from animals we do not consume as well as countless other ways human destruction of the natural world comes to haunt us. Nevertheless, meat eating (or eating animal products more generally) is central to our current way of life. It is integral to the culture, which is increasingly exploitative and penetrating every corner of our planet. 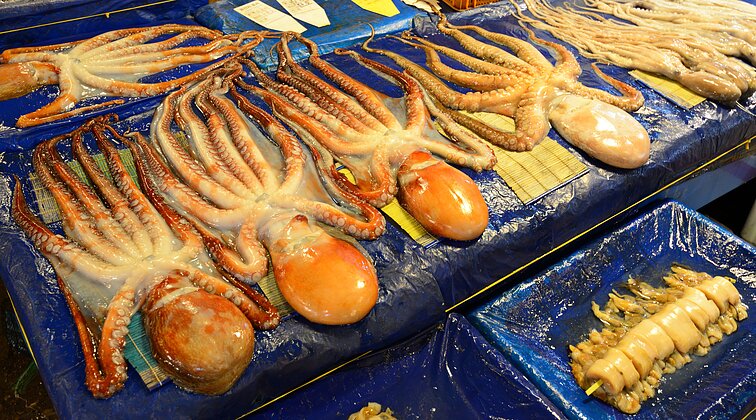 All around the world, our treatment of animals does not show us at our most civilised. Our insatiable greed for animal products causes suffering, drives deforestation, pollutes ground water, poses unprecedented threats to wildlife and contributes enormously to the climate crisis.

The Food and Agriculture Organization of the United Nations (FAO) has calculated that animal farming is responsible for 18 percent of the world's climate-changing gases (more than transport), while the Worldwatch Institute brought the number to 51 percent.

The number of health risks associated with animal farming is so striking that I simply cannot list them all, salmonellosis, avian flu, swine flu, bovine spongiform encephalopathy and foot-and-mouth disease (which in 2001 resulted in the huge pyres for burning cow and sheep carcasses in the UK) among others.

Our cruel relationship with farmed animals becomes even more grim if we consider the issue of antibiotic resistance. In 2017, the World Health Organization (WHO) recommended that “farmers and the food industry stop using antibiotics routinely to promote growth and prevent disease in healthy animals […]. In some countries, approximately 80 percent of total consumption of medically important antibiotics is in the animal sector.” 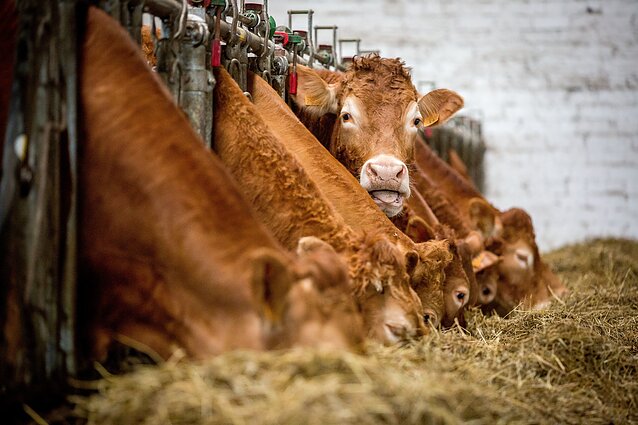 Nevertheless, the Director of the Department of Food Safety and Zoonoses at WHO, Dr Kazuaki Miyagishima, has warned that the use of antibiotics in farmed animals is rising globally, “driven by a growing demand for foods of animal origin”, often produced in factory farms.

Meat-eaters increasingly favour factory-farmed chicken. Chicken flesh is predicted to soon become the most consumed meat in the world. Over the course of 50 years, the number of chickens slaughtered for meat worldwide soared from 9.5 billion in 1968 to nearly 68.8 billion in 2018.

According to archaeologists, “broiler chickens […] have a combined mass exceeding that of all other birds on Earth” and symbolise “the unprecedented human reconfiguration of the Earth’s biosphere”.

The New York Times article It Could Be the Age of the Chicken, Geologically presents chickens as the symbol of the global consumerist society; the Anthropocene will be remembered for chicken leftovers as “the signature fossil”. 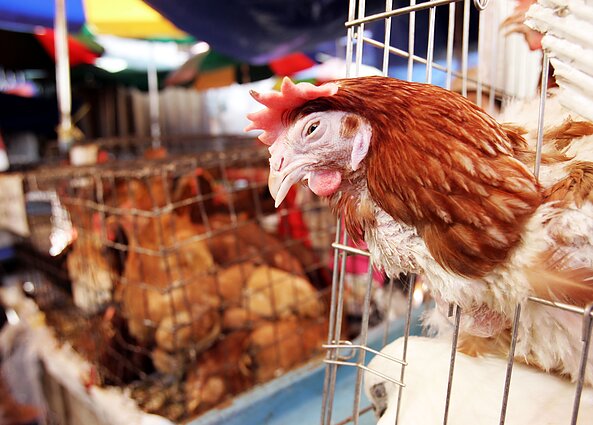 Another candidate to signal the Anthropocene could be plastic, as it is now found virtually everywhere. In 2020, scientists from Newcastle University named a tiny new species of deep sea Eurythenes plasticus for the plastic found in their gut.

But we must not forget that virologists consider avian influenza as a pandemic-in-waiting. Birds are the reservoir of influenza viruses and pigs are the perfect “mixing vessels” for recombining such viruses. Between 2003 and 2020, WHO reported 861 human cases and 455 deaths of the avian influenza virus (H5N1). Frighteningly, amid the Covid-19 pandemic, China reported an outbreak of a highly pathogenic strain of H5H1 on a chicken farm.

Ultimately, the Anthropocene may be marked by zoonotic pathogens. For decades, we have been providing perfect conditions for new pathogens, such as avian flu, swine flu, SARS, Ebola, Covid-19 and others, to appear. There is no question that there will be another pandemic. The question is when and which pathogen will cause it.

In response to the Covid-19 pandemic, Peter Singer condemned the cruelty of wet markets and called for the global ban of the practice, meanwhile Sir David Attenborough did not “draw a big moral lesson about how we are treating nature so badly that she’s kicking back”, saying “it’s just part of life”.

It may not be helpful to perceive Covid-19 as nature’s revenge on humanity. However, I insist we reconsider our ‘part of life’ and ask ourselves: how do we occupy this planet? What do we owe ethically to other animals, ecosystems and future generations? 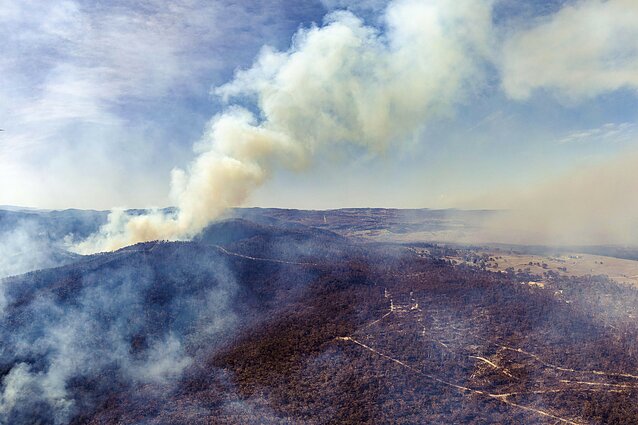 We desperately need a holistic understanding that recognises the increasingly visible connections between human, other animal and ecological health. In 2019, more than 11,000 scientists declared the climate emergency and outlined a series of needed actions that revolve around efficient energy use, stabilising global population, ending the destruction of nature and switching to a plant-based diet. Now is not the time for political complacency: governments must pursue structural changes, and individuals, lifestyle changes. If you are not part of the solution, you are part of the problem.

I cannot speculate on the cost of tackling the crisis we are living through. What I can say with certainty is that the repercussions of our exploitation of the ecosystems and billions of sentient beings that share this planet with us are catastrophic, to say the least. The belief in human supremacy made us myopic to the appalling suffering we inflict upon the non-human world. Perhaps we are special, but we should show it not by causing unprecedented destruction, but by protecting and appreciating the planet’s wonders.

Elena Lazutkaitė holds a master’s degree in animal welfare and conservation from the University of Essex and is currently a doctoral candidate at Nottingham University in the UK. 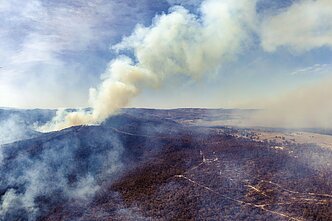 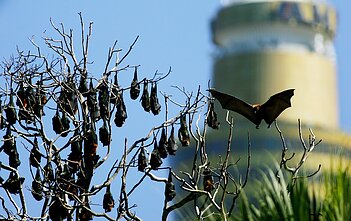 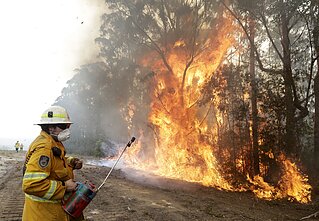 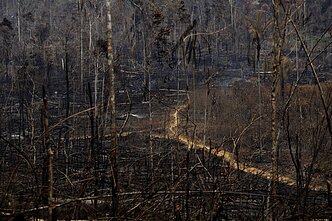 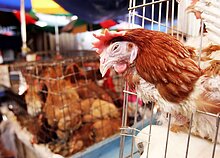 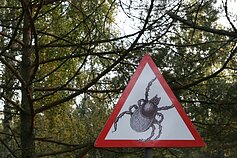 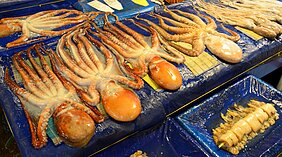