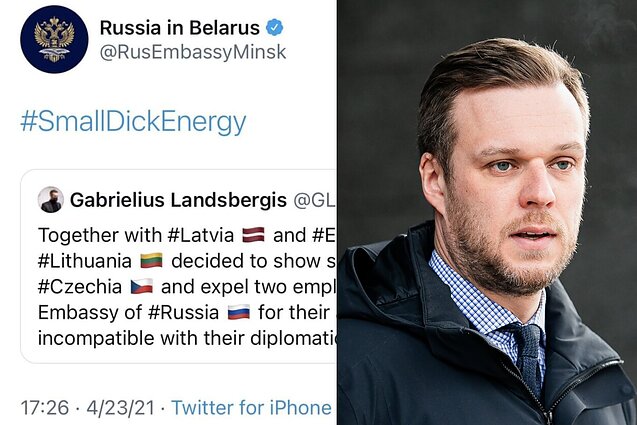 A less than dignified reaction came from the Russian embassy in Minsk after Lithuania announced the expulsion of two Moscow diplomats.

Lithuanian Foreign Minister Gabrielius Landsbergis posted a tweet on Friday, announcing the move in solidarity with the Czech Republic.

The retweet was subsequently removed from the embassy's account, but was soon followed with another retweet of Landsbergis' message, this time accompanied by the comment “#smalldipenergy or #smalldickenergy – the choice is yours”.

On Friday, Lithuania, Latvia and Estonia jointly announced they were expelling four employees of Russian embassies in the Baltics in solidarity with the Czech Republic. According to Landsbergis, the two individuals asked to leave Lithuania were involved in espionage under diplomatic cover.

Russia's Foreign Ministry spokeswoman indicated on Friday that Moscow was preparing to respond with similar expulsions. 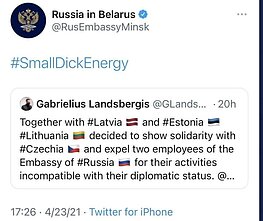 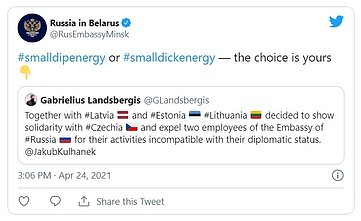 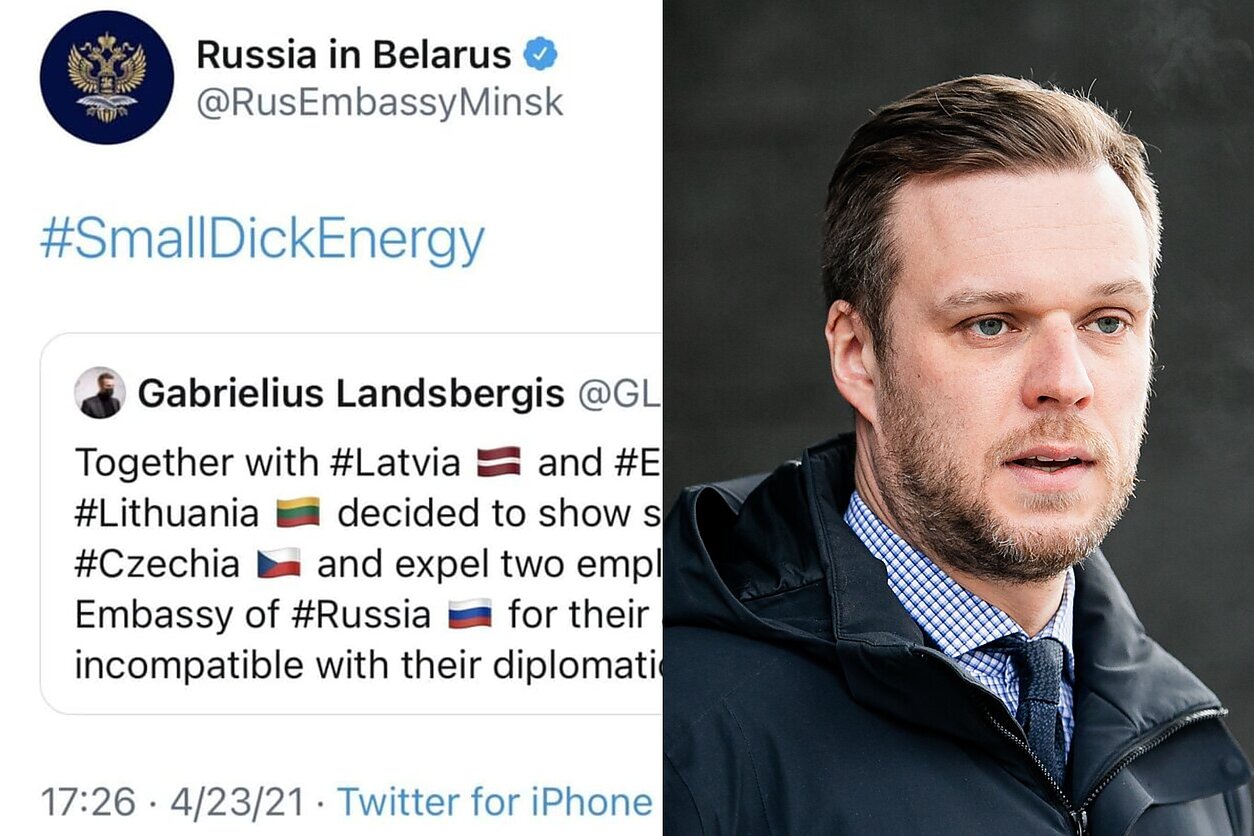 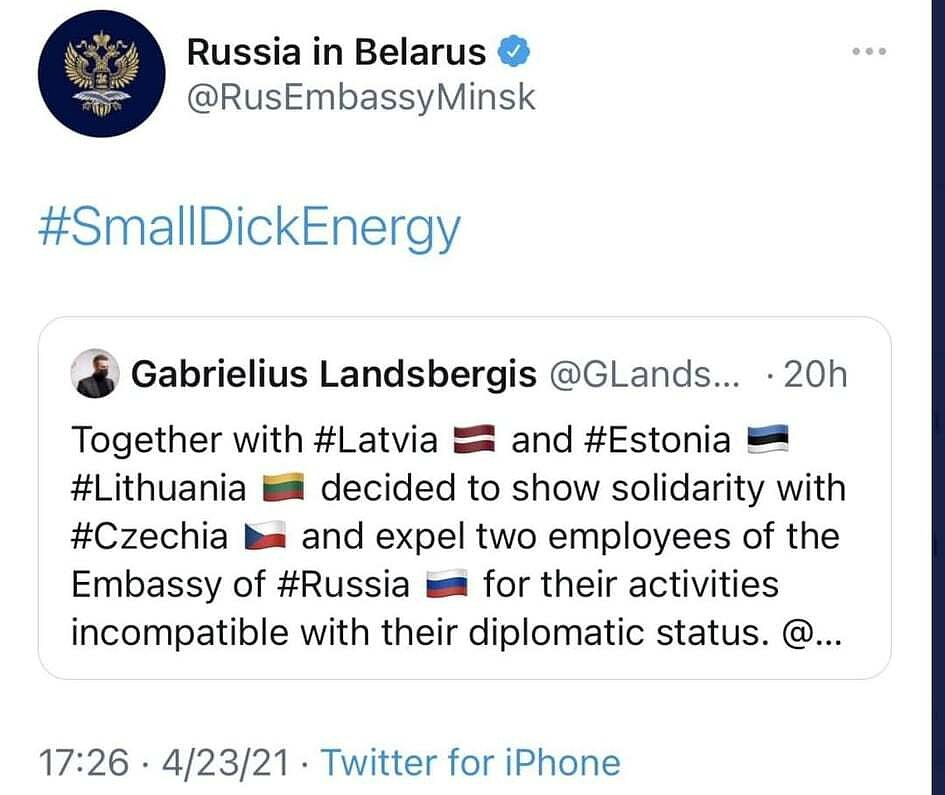 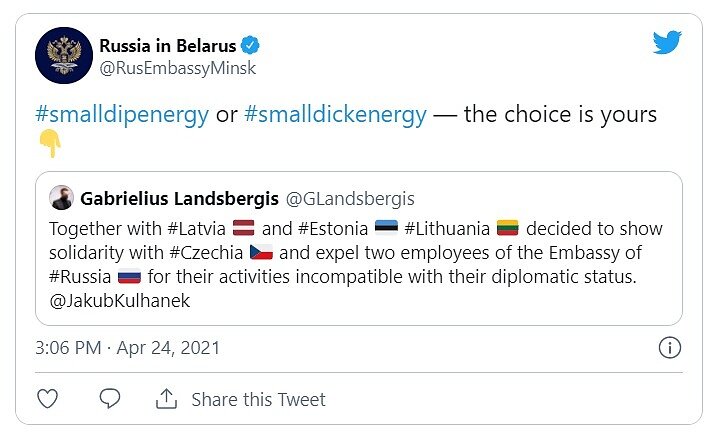