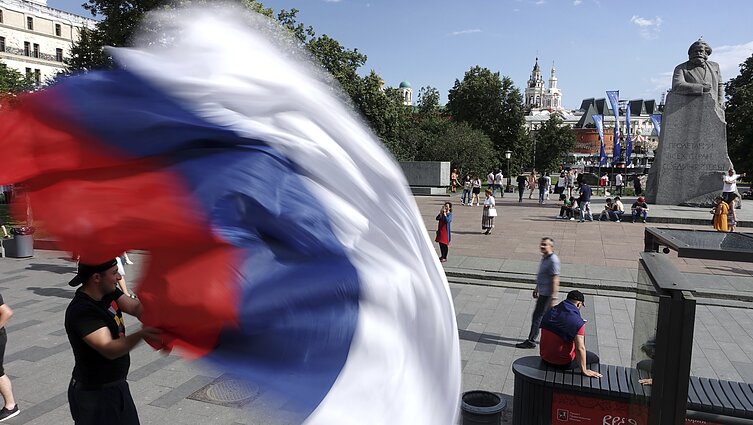 “My Latvian and Estonian colleagues have each expelled one [embassy] employee involved in espionage activities,” Landsbergis said.

Lithuania will expel two Russian diplomats, he said without disclosing names. “They both had a diplomatic rank” and were involved in espionage, added Landsbergis.

Together with #Latvia 🇱🇻 and #Estonia 🇪🇪 #Lithuania 🇱🇹 decided to show solidarity with #Czechia 🇨🇿 and expel two employees of the Embassy of #Russia 🇷🇺 for their activities incompatible with their diplomatic status. @JakubKulhanek

Landsbergis also said he had discussed the expulsion of Russian diplomats with other EU and NATO ministers. “Other states are starting discussions on that and they hope they will be able to join the Baltic states,” Landsbergis said.

The minister said it was likely that Moscow would retaliate and expel several Lithuanian Embassy staff members in response to Lithuania's move.

“If Russia made a tougher response, [...] decided to expel a disproportionally high number of people, Lithuania reserves the right to express another protest,” the Lithuanian foreign minister said.

Last week, the Czech Republic ordered 18 Russian diplomats, identified as secret agents, to leave the country and asked its partners to expel identified members of Russian intelligence services in an act of solidarity.

Citing an intelligence report, the Czech government has said that Russia's military intelligence agency, the GRU, orchestrated two explosions in 2014, one of which killed two people and caused extensive material damage.

In solidarity with our Czech allies and due to the violations of Vienna Convention #Latvia has decided to expel a Russian diplomat. Latvia will not tolerate subversive activities on its soil or that of its partners and allies
:flag-lv: :handshake: :flag-cz:

Moscow denied the allegations and responded in kind by expelling 20 Czech diplomatic staff. The Czech government on Thursday ordered Russia to remove most of its diplomatic staff from Prague.