LRT FACTS. Are Lithuanian cities 'deadliest' in Europe and is drinking to blame? 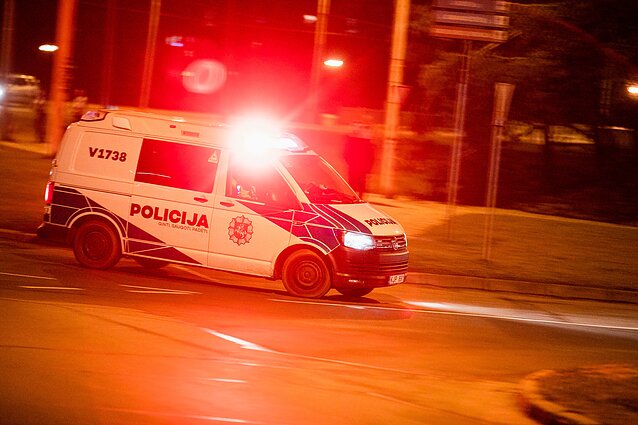 Fox News ranked Kaunas, VIlnius and Klaipėda as the top three “deadliest” European cities, basing their claim on a UN study from 2019.

Once the story was picked up by all major news outlets in Lithuania, social media exploded with comments, the police held a press conference disputing the “deadliest” label, and government representatives claimed to have contacted Fox News for clarification.

Did Fox truthfully present the figures from the UN Global Study on Homicide, and does Lithuania indeed have the “deadliest” cities in Europe? And why did the deputy police commissioner say it’s enough for Lithuanians to “drink less” for the problem to be solved?

The Lithuanian police hosted a dedicated conference to present its own statistics – they said most homicides in Lithuania are domestic, therefore Lithuanian cities cannot be seen as dangerous.

The police representatives also said the UN data of the number of homicides per 100,000 people wasn’t up to date.

“The difference is that the domestic crimes, in essence, do not cause danger to the society, to other residents,” the head of communications at the Lithuanian police, Ramūnas Matonis, told LRT FACTS.

“Two people drink, get drunk, get into a fight, use a knife or something, and that’s it. Of course, every murder is a tragedy, but it’s not right to scare people that Lithuanian cities are unsafe,” he added.

The publication by Fox News was disingenuous, said the police.

Researcher Maryja Šupa from the Criminology Department of Vilnius University (VU) said most crimes in Lithuania are committed in domestic environment.

“It’s important to note that no single figure – like the number of murders per 100,000 people – can tell if a city is safe,” she told LRT FACTS, adding it was necessary to look at contextual factors.

Seventy percent of homicides in Lithuania happen in the homes of the victims or the accused, according to an investigation by VU researchers. A completely unrelated person is the victim of murder only in 20 percent of cases.

“Although the number of murders [in Lithuania] is relatively high in comparison with other EU states, only a minority of the murders happen in public spaces,” said Šupa, adding it would be “completely wrong” to say that a random person faces any real risk of being attacked and killed on the streets.

The safety of a city depends on various factors, she said, including “subjective safety – how secure people feel regardless of criminal statistics.”

Therefore, the Fox News “dealiest cities” headline “says very little about the cities themselves,” as it avoids saying “who exactly, why and under what circumstances has died,” said Šupa.

And although Lithuania has the highest number of homicides in the EU, “the statistics are more than 10 times higher in North and South America,” where crime is often linked with drug trade and organised crime, she said.

During the police press conference on February 6, Deputy Police Commissioner Edvardas Šileris said Lithuanians “should drink less” when asked what could help solve the problem of murders.

According to the VU criminologist Šupa, murders committed at home “do not pose a direct threat to the public,” but are "often connected with alcohol [abuse], as 70 percent of murders were committed under the influence of alcohol".

This shows "a culture of violence [that is] a problem common in the whole post-Soviet [sphere]”.

“In countries where alcohol is used in public – in cafes, bars, other spaces – there is more social control, more safeguards, other people that can notice a conflict situation and intervene before something happens.”

Meanwhile, closing oneself up in domestic environments is common in post-Soviet countries, she said.

Crime often results from social exclusion, many of the accused tend to have only school-level education, some have committed other crimes before, and at least 40 percent have previously been imprisoned, added Šupa.

“And it’s again a question for us, the society – is there really no direct danger to people in the streets, does it mean that everything is alright?”

In a Facebook post, political scientists Mažvydas Jastramskis has criticised the ranking of cities based on statistics from a single year. He said he made several calculations himself which, depending on criteria, completely change the “deadliest” list.

“One of the statistics’ [...] principles is that you cannot take one measure and present it as if it reflects the entirety,” he wrote.

Jastramskis proceeded to use the UN database to take data from 2011 through 2016, which showed statistics from cities in “almost all European nations, except Kyiv and Dublin”.

“For example, the deadliest European city isn’t Moscow or Kaunas, but Cahul” in Moldova, he wrote.

When he adjusted the filter to include cities with at least two data entries, the top 10 he got were “Bijelo Polje (Montenegro), Kasnodar (Russia), Prešov (Slovakia), Klaipėda, Kaunas, Vilnius (Lithuania), Moscow (Russia), Riga (Latvia), Liepāja (Latvija), Schaan (Lichtenstein),” according to Jastamskis.

When measuring statistics per 100,000 people, all it takes is for one small town to have a single murder for the statistics to inflate, he wrote.

Comments on social media also pointed to the fact that the quoted statistics are from 2016 and are therefore outdated.

According to Statistics Lithuania, the number of murders in the country have been steadily decreasing for a long time. 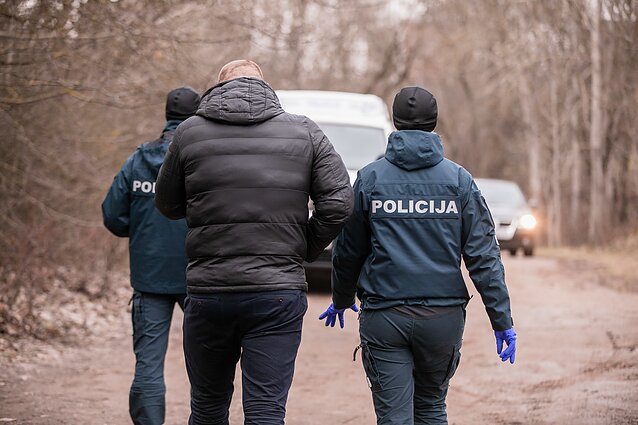 "A certain culture of violence [that is] a problem common in the whole post-Soviet [bloc]” / J. Stacevičius/LRT

The UN report does not rank cities, but profile different countries based on regional and year-frame filters.

“I hope that the research and analysis contained in the study are used in this spirit – not to designate “murder capitals” but to learn, understand and strengthen prevention.”

The report did not analyse statistics of different cities, which can only be found in a separate UN database.

Fox News ended up using the statistics differently than intended by the UN and presented them as a rating of “deadliest” cities, contrary to what the report aimed to do.

Although Lithuania definitely stands out among EU member states with a high number of murders, it isn’t accurate to say that the country’s cities are unsafe or “deadly”, as Fox News claimed. Based on Lithuania’s crime statistics, most murders happen in domestic environments and not in the pubic. Critics said it was wrong to analyse the UN data in the way Fox News did, basing the story on a single criterion of murders per 100,000 inhabitants. Experts, however, said that although the data was inconsistent, it still showed problems arising from social exclusion.

LRT English is pairing up with colleagues from LRT.lt to bring you LRT FACTS – a fact-checking platform in cooperation with Organised Crime and Corruption Reporting Project (OCCRP) that deconstructs suspicious information that gains traction among the Lithuanian public. 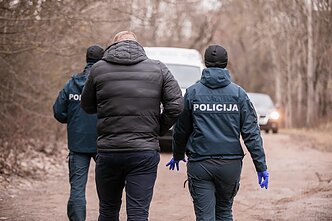 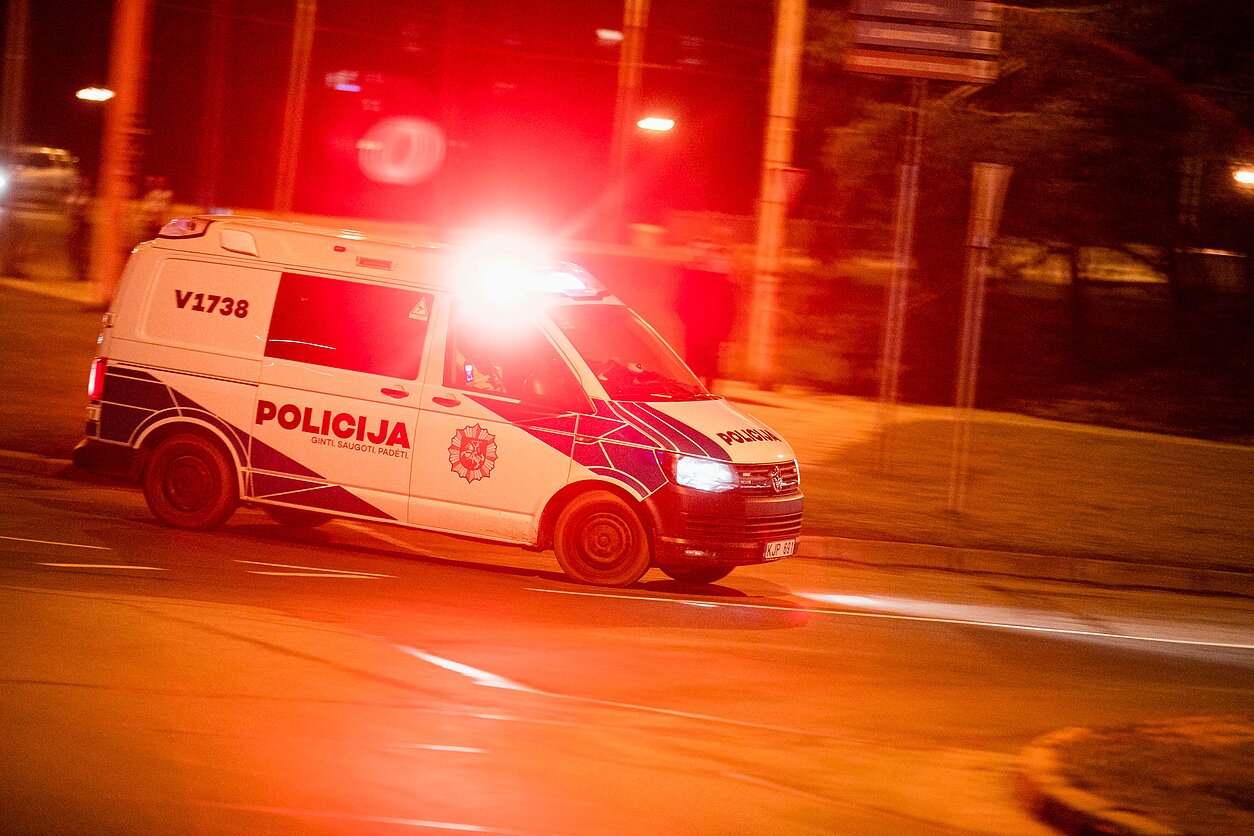 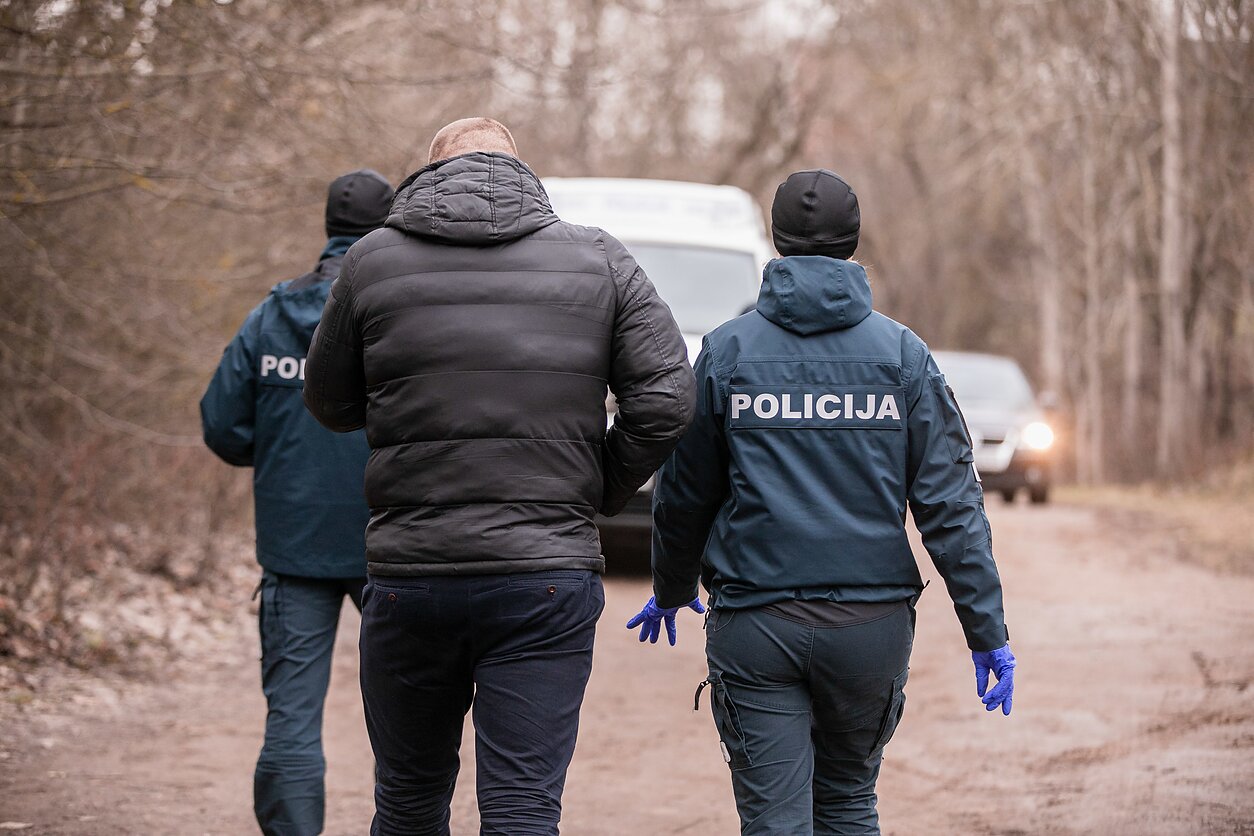 "A certain culture of violence [that is] a problem common in the whole post-Soviet [bloc]”
2 / 2J. Stacevičius/LRT

LRT FACTS. Are Lithuanian cities 'deadliest' in Europe and is drinking to blame?