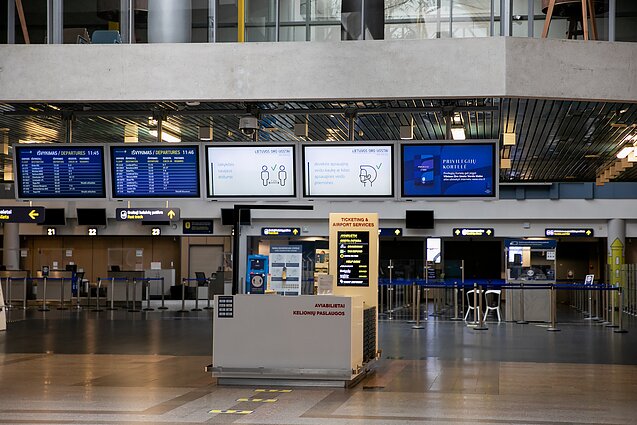 Passengers were temporarily evacuated from all three Lithuanian airports on Monday morning over unconfirmed threats of explosives in one of them.

According to a report by Lithuanian Airports, initial information about a possible explosive device was received at around 08:00 on Monday morning. It did not specify which airport was concerned: in Vilnius, Kaunas or Palanga.

At around 10:00, the company said that thorough checks in Kaunas and Palanga airports were completed. Passengers were allowed to return to the terminals.

Police department spokeswoman Revita Janavičiūtė told BNS that information about the explosive was received by e-mail. It has yet to be established who sent it, she said.

Police dogs were used to search the airports, according to Janavičiūtė.

Edita Zdanevičienė, a spokeswoman for the Fire and Rescue Department, told BNS that one crew of firefighters was sent to Kaunas Airport.

“We have no information on other airports,” she said.

Flights and other operations were not suspended at any airport, the company said.