Killing gas guzzlers: what can Lithuania learn from Denmark? 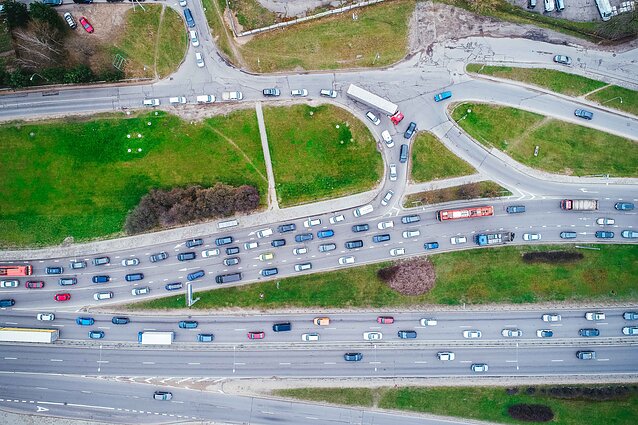 In its efforts to reduce pollution, Denmark has maintained some of the highest registration tax rates for vehicles, and offers tax reductions for electric cars.

As Europe looks to become carbon neutral by 2050 and the European Green Deal becomes a key part of the continent’s economic policies, EU countries are increasing taxes for personal cars and boosting their uptake of electric vehicles.

The key provisions of the European Green Deal aim to reduce carbon emissions by some 50 percent by 2030, and make the EU a climate-neutral economy by 2050.

The transport sector is a major climate polluter, responsible for a third of CO2 emissions in the EU, some 72 percent of which are attributed to road transport.

EU countries have been increasing taxes for polluting cars in response to the European Green Deal, an initiative that aims to cut carbon emissions by 55 percent by 2030, compared to 1990 levels.

Denmark has some of the highest value-based car registration fees both in Europe and worldwide, says Aistė Pileckytė-Hoffbeck, LRT RADIO contributor in Copenhagen. 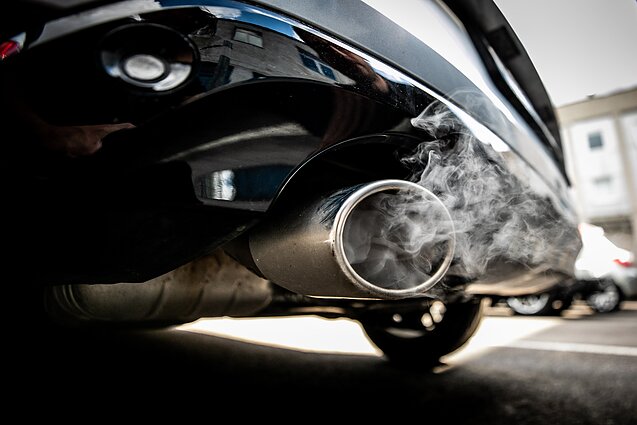 Hoffbeck explains that car shopping tendencies in Denmark are largely determined by the car registration tax, which is based on the value of the vehicle.

In 2006, the Danish government introduced the registration tax that amounted to 150 percent of the car’s value. Because of such an expensive registration process, the Danes would instead go for older, used cars, which was harmful to the environment, says Hoffbeck.

Denmark lowered the registration tax to boost the sales of new cars, however, it still remains among the highest worldwide.

The country has decided to join other EU countries in reducing carbon emissions, and introduced tax cuts for electric cars. The tax, however, will be gradually phased-in over a 5-year period.

“Electric and hybrid cars are fairly expensive, so they aren’t really worth buying, however, there is a big discount for registration of electric cars, the discount is now some 60 percent [...] while in 2030 the discount will only be around 20 percent, so people are being motivated to buy the cars now,” says Hoffbeck.

Moreover, the Danish government has also introduced a tax reduction of electric cars for battery capacity, at 1,700 Danish kroner per kilowatt-hour.

Electric car owners are exempt from several other taxations, which is why such vehicles are on the rise in Denmark, Hoffbeck points out.

“One of these is the so-called green vehicle tax, which has existed for many years now, since 1997. Each car owner pays tax according to the fuel consumption of their car. However, there is minimal tax for all electric and hybrid vehicles.”

Moreover, car owners pay additional tax depending on how much carbon dioxide their vehicles emit. Electric cars are exempt from it, Hoffbeck adds. 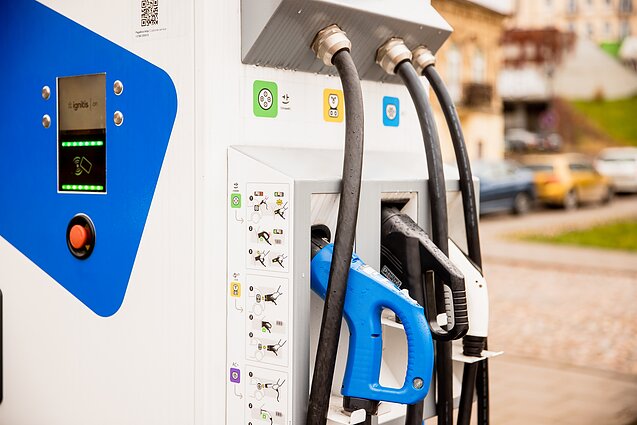 Danish resident Dalia Valiulė decided to make use of present tax reductions and switch to an electric car.

“Electric car prices in Denmark are pretty high, and not everyone can afford these vehicles. However, since the registration tax is lower, one can get a powerful car powered by electricity for nearly the same price,” she says. “Of course, it costs to build a charging station at home, but the state is making reductions for them, too.”

“Usually when you take a loan for a car, there’s some 6 percent interest rate, however, since the state supports the expansion of electric cars, the rate is 1 percent for electric cars, and it does not change.”

The family spends some 100 euros a month on electricity for the car’s charging station.

“The system is that there are private companies that build you a [...] station at home. You need to pay them a subscription fee that can reach up to 100 euros a month. Then we can freely charge both at home, and at any public station of that company.

”The company deducts the price paid for charging the car from our electricity bill, and returns it, she says.

“It appears that the fuel for the car costs 100 euros a month. For Danish standards, this is very cheap.”

“It’s a changing tax structure that is used to achieve two goals – to speed up the implementation of the European Green Deal, and to boost electric car sales in Denmark. This would ensure constant revenue for the state budget coming from the transport sector,” according to him.

The Denmark parliament aims to put at least 775,000 electric or hybrid cars on Danish roads by 2030. The plan, however, is hindered by certain challenges.

“There is currently a shortage of certain parts needed to manufacture electric cars, so people who want to buy a new car need to wait in a queue,” says Svane. “Moreover, some drivers are exasperated by the registration fee which is still fairly high, so the Danish parliament and the government have to compromise on ways to collect enough taxes [...] from the transport sector to successfully implement the European Green Deal.” 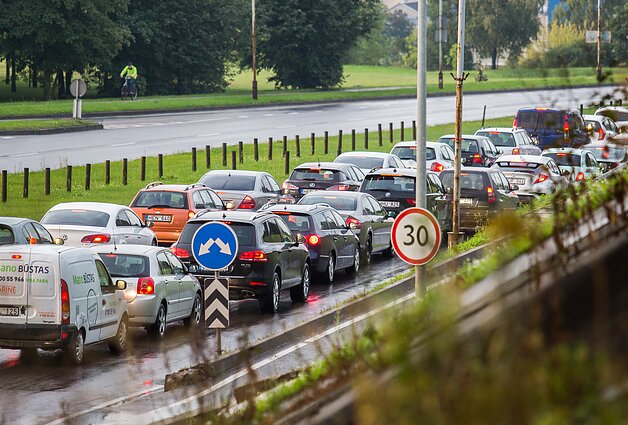 The current registration tax in Lithuania, which has been in effect for a year, depends on CO2 emissions. However, it did not encourage people to switch to less polluting cars.

This year, the government proposed a reformed version of the registration tax, as well as the annual pollution tax. Both will be calculated under the same formula which uses the CO2 emissions in grams per kilometre and the air pollution coefficient.

Nerijus Mačiulis, Swedbank chief economist in Lithuania, believes that the Danish car taxation model could be implemented in Lithuania.

“The key criterion in Northern countries, as well as in the majority of EU countries, is car pollution, but some countries [...] include the criterion of car value as well,” he says. “It’s so that residents who buy very expensive cars, even if they’re non-polluting ones, would not get the tax incentive, so that it would be directed at the middle class, not the richest people who do not need this incentive.”

By taxing polluting cars and boosting the sales for eco-friendly vehicles, EU countries are hoping to reduce human impact on climate change, according to the economist.

Moreover, for Lithuania, failing to meet international obligations would bring in massive debts, which would be a burden on the taxpayers, Mačiulis says. 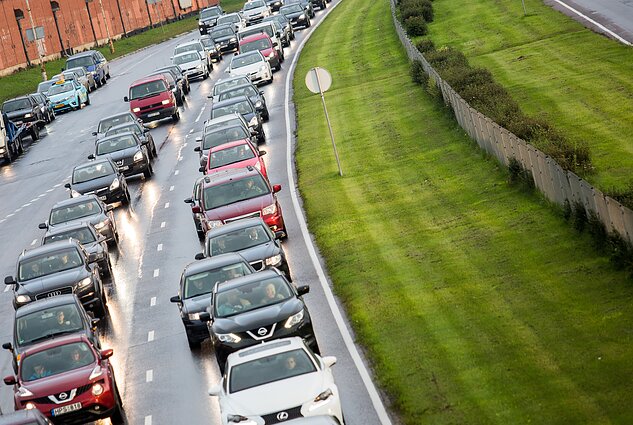 “It’s hard to imagine someone doing this in Lithuania, as that would be met with strong opposition from the citizens,” says Saugirdas Pukalskas, head of automotive engineering department at Vilnius Tech University.

According to Pukalskas, Lithuanians enjoy showing off their roaring cars, while Scandinavian countries got rid of this mentality a long time ago.

Moreover, the country has limited renewable sources of energy, he says.

“It doesn’t matter what we drive around, even if it’s an electric car. An electric car still uses energy, and the energy needs to be produced. We do not have enough renewable energy in Lithuania to be able to [spend] it.”

Under the bill set to come into effect in 2023, an annual tax of over 100 euros will be paid only on the most polluting vehicles, however, the costs would increase in 2025. If passed, registration and pollution taxes will come into effect next summer. 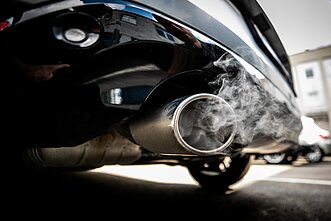 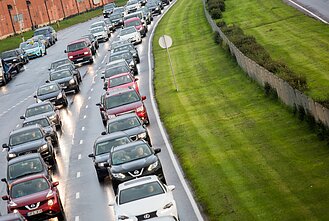 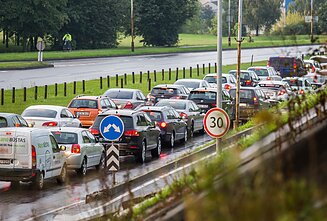 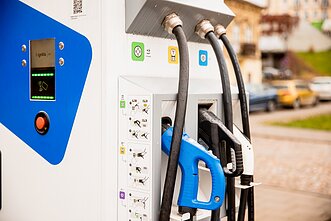