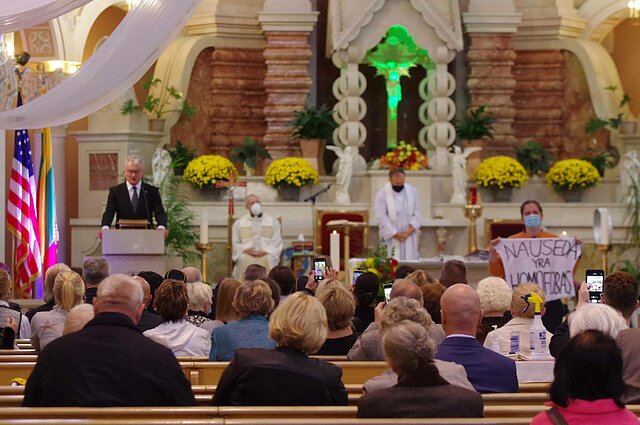 A protester has raised a poster “Nausėda is a homophobe” during the president's address at a Lithuanian parish in Chicago.

President Gitanas Nausėda, who is currently touring the United States, met with the Lithuanian community in Chicago on Thursday.

As he was delivering a speech at the Chicago Nativity of the Blessed Virgin Mary Parish, a woman raised a placard saying “Nausėda is a homophobe”, in Lithuanian.

A video shared on social media shows security guards taking away the poster as the woman shouts. The incident is met with sporadic applause from the audience.

President Nausėda did not interrupt his speech during the incident.

“The president reacted in a simple way: thank you to the person who expressed their opinion. He went on with the speech, we have nothing more to add,” Nausėda's spokesman Ridas Jasulionis commented for LRT.lt.

President Nausėda has been opposing a recent initiative to legalise same-sex civil partnership. Even though the bill did not pass the first vote in parliament last spring, Nausėda has indicated he would have vetoed the law if it had.

He also sent a greeting to an anti-LGBTQ rally last May and has insisted that any civil partnership law should not treat same-sex couples as spouses.

Founded in 1929, the Chicago Nativity of the Blessed Virgin Mary Parish is one of most important Lithuanian centres in the US. After a Lithuanian church was built near Marquette Park in 1957, the area was home to the biggest Lithuanian community outside Lithuania for several decades. 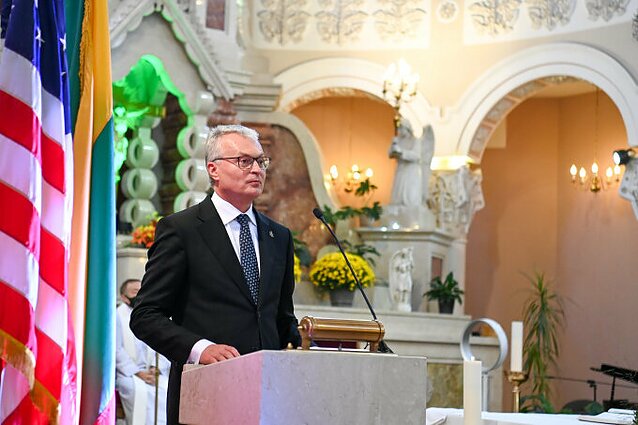 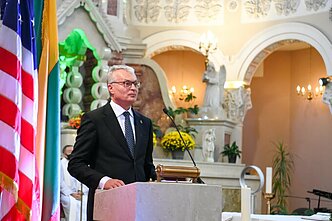 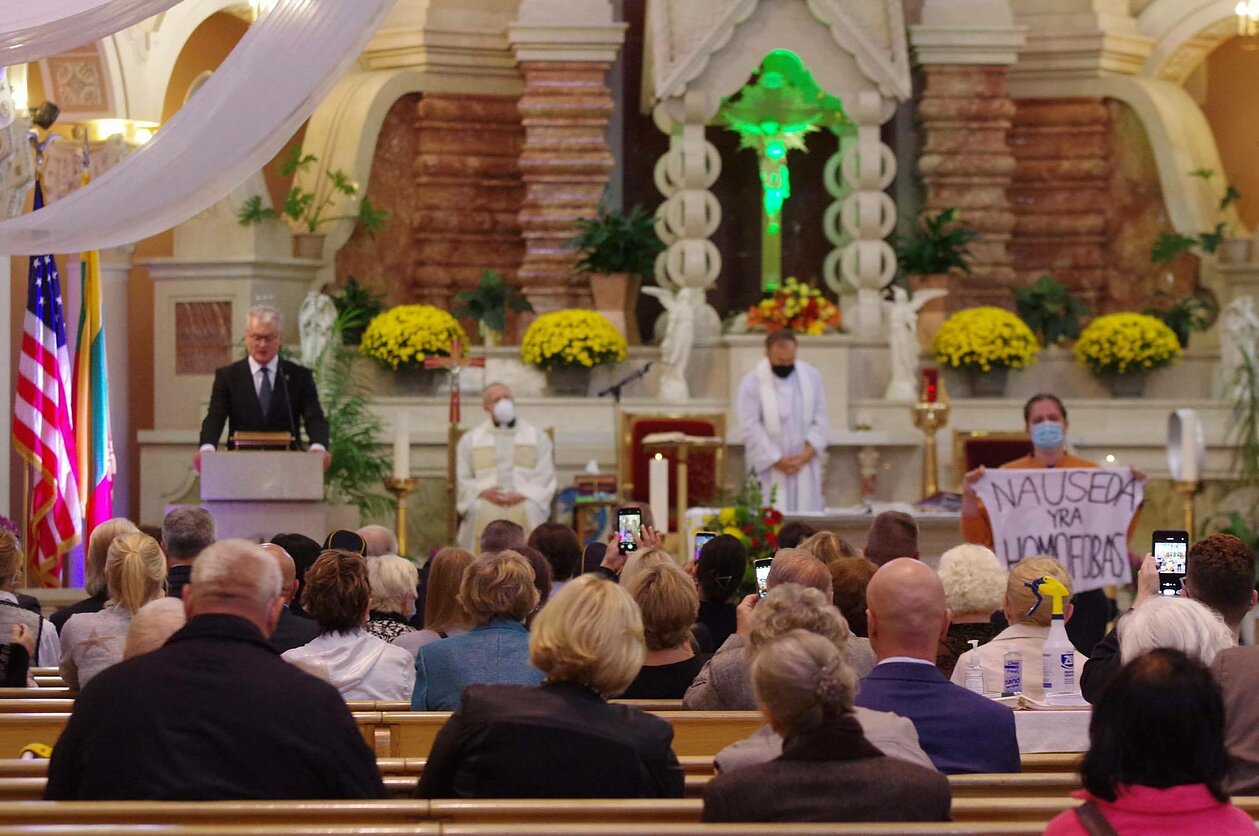 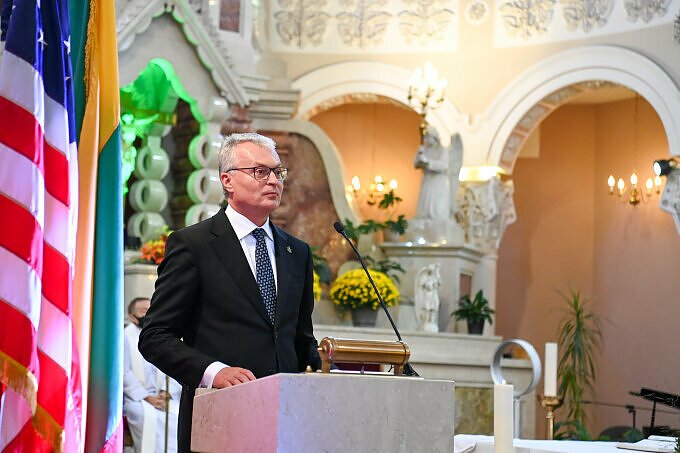