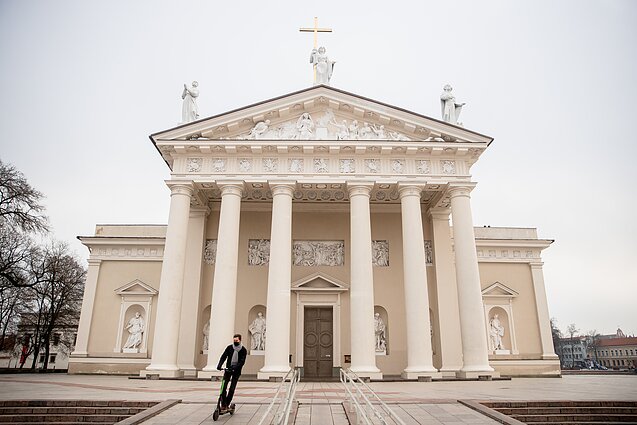 The Lithuanian president's friendliness to church leaders has raised questions whether his special relationship does not cross the line, especially when it comes to issues like the rights of LGBTQ+ people.

President Gitanas Nausėda's sympathies for the Catholic Church came to the fore during recent discussions about ratifying the Istanbul Convention and legislating same-sex civil partnership.

While presenting himself as a mediator, Nausėda cast the church as an equal party in a two-way debate.

“My advisers had meetings with representatives of both the Freedom Party [which drafted the civil partnership bill] and the Church in order to hear their views, find out about the real situation, feel the temperature,” Nausėda told reporters after a meeting with parliamentary leadership on September 8.

“This might become a very good premise for going back to this issue at a later stage and finally reaching a consensus, which, as you know perfectly well, is not present in the public today,” Nausėda noted.

He added that while it was important to “establish regulation” for same-sex partners, “this has to be done in compliance with the constitution of the Republic of Lithuania”.

While Lithuania's constitution enshrines the principles of religious pluralism, one religious community has been favoured by the state over others, according to sociologist Milda Ališauskienė, a professor at Vytautas Magnus University.

“I would say that the current relationship between the president and the Lithuanian Bishops' Conference, [...] a constant focus on the Catholic Church is unprecedented.” 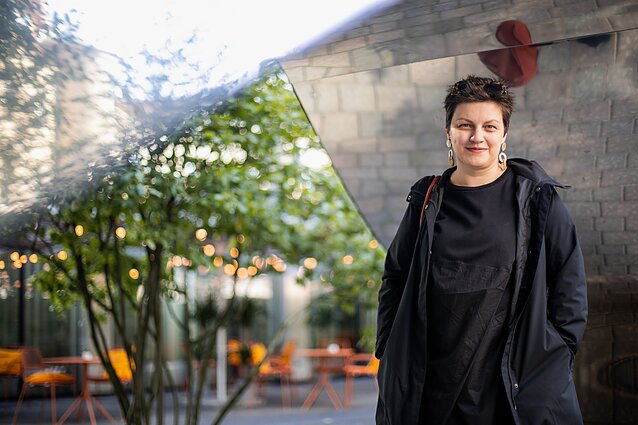 No former Lithuanian president maintained so close a relationship with the Catholic Church, says Ališauskienė.

Moreover, when it comes to social issues, Lithuania's religious leaders seem to hold more conservative views than most believers or even the Vatican, she suggests.

“The president relates to the position of two bishops who have brought this American, evangelist understanding of Christianity to the Lithuanian Catholic Church,” says Ališauskienė. “It is in some tension, sometimes even in conflict with the Holy See’s policy, especially in terms of social policy and vulnerable groups in society.”

The Lithuanian president does not seem interested in discussing the partnership law with other religious groups, nor with people whose lives it will affect, Ališauskienė points out.

There are historical reasons why the Catholic Church maintains its political and social influence, despite the declining ranks of churchgoers, according to Ališauskienė.

Read more: Why was Church in Lithuania silent during the Holocaust? 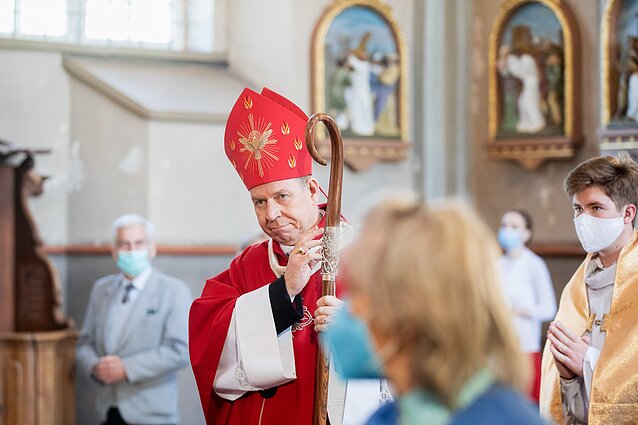 “Both during the period of the Soviet regime and [...] the late 19th century, the church became a flagbearer for national revival. That is how it accumulated a lot of symbolic capital for itself and has the society’s support,” she says.

While “we could see opinions from free-thinkers and left-leaning groups criticising the role of the church” during the interwar period, Catholicism was seen as almost a state religion, the professor adds.

Secularisation brought by the Soviet regime weakened the power of the church. Once Lithuania’s statehood was restored, people were longing for the time when Catholic Christianity was considered a national religion.

“Until this day, a portion of the people think that it's how it should be. They have this romantic view on interwar Lithuania and see the role of state religion for the church.”

No discussions with LGBT community

“I do not understand why we need to discuss laws with the church at all. Did the church become an institution that we coordinate the laws with?” says journalist and LGBTQ+ rights activist Jonas Valaitis. “I’ve never heard the president discussing this with the LGBT community itself, I’ve never seen him meet a single same-sex couple to try and figure out why this law is needed.” 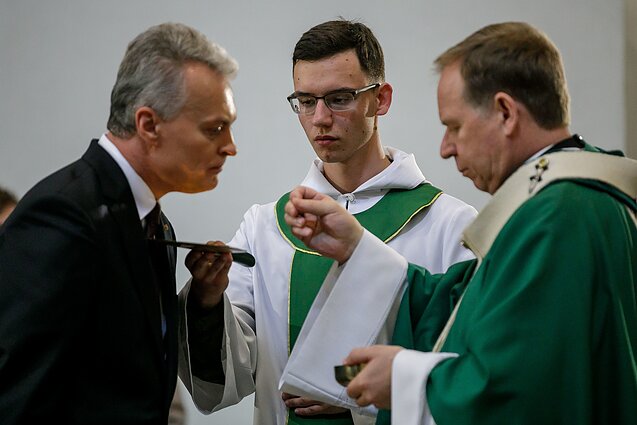 The Lithuanian president has lately come under criticism for his positions on LGBTQ+ rights. Last July, a group of activists held a rally outside the presidential office. Nausėda was then invited to wear a rainbow badge in solidarity with the LGBTQ+ community.

Neither the president nor his advisers came out to speak with the protesters.

His adviser Ridas Jasiulionis then commented that the president was open to discussions and looking for a compromise with different communities. 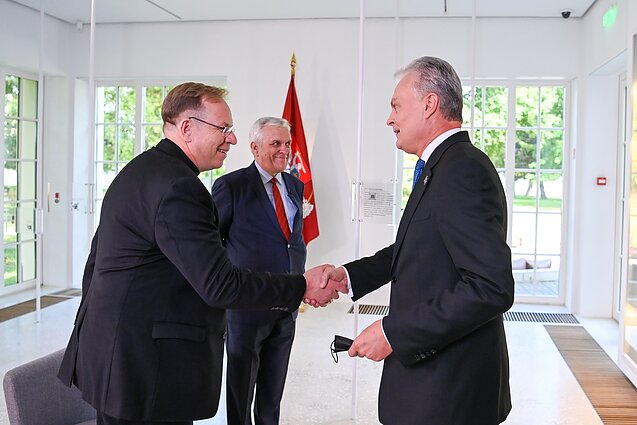 Partnership is a question of civil law

According to Valaitis, the president is trying to score populist points by endorsing “traditional values” champions.

“How this will affect them – I personally do not understand. Why do they want to coordinate it with the Church?” he wonders.

“When an institution whose beliefs and ideology I do not subscribe to, yet do not tell them how to live [...] begins telling me what I should do and how I should live, I do not understand why they want to include me in this vicious circle.”

Moreover, same-sex partnership is a question of civil law, not religion, he adds.

While Lithuania's constitution states explicitly that marriage is only between a man and a woman, the Constitutional Court has ruled that the legal definition of family is gender-neutral and does not rest solely on marriage.

“Some people choose to not go through marriage, whether civil or religious, live unmarried for their own reasons. Partnership would be a solution for them as well. For me, the church’s word matters very little,” says Valaitis. 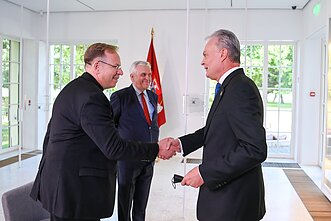 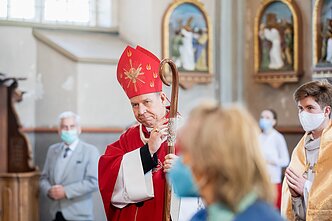 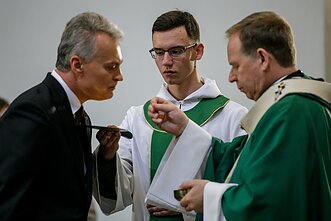 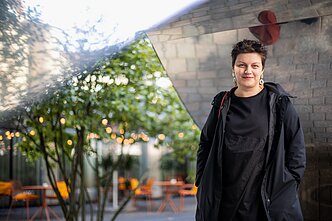 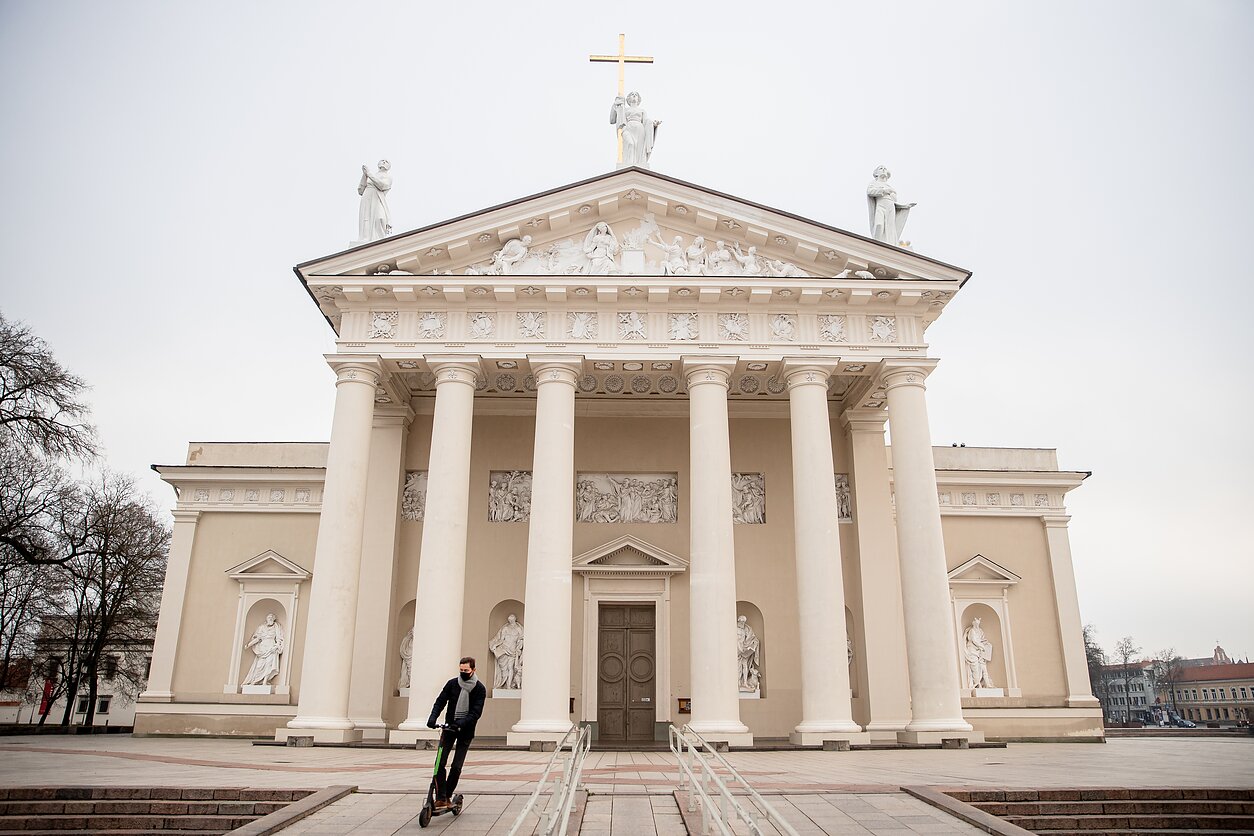 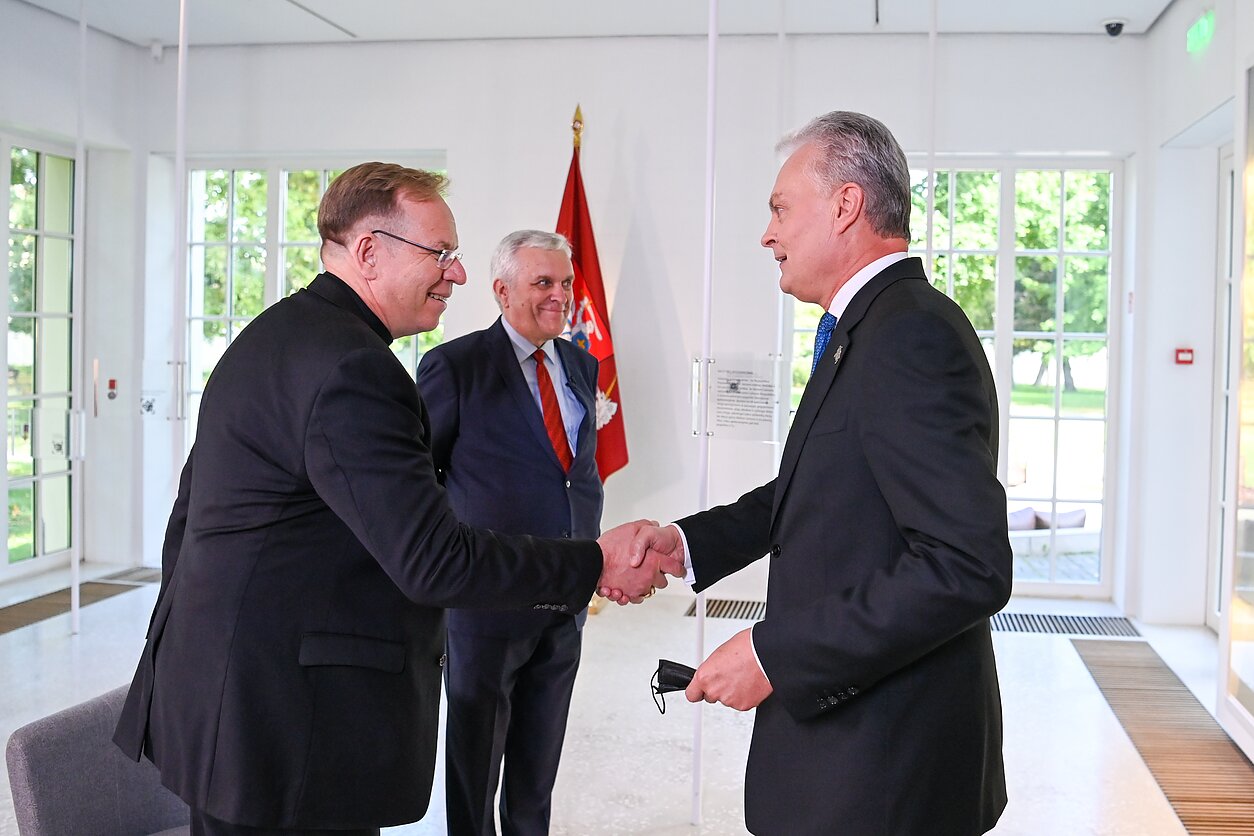 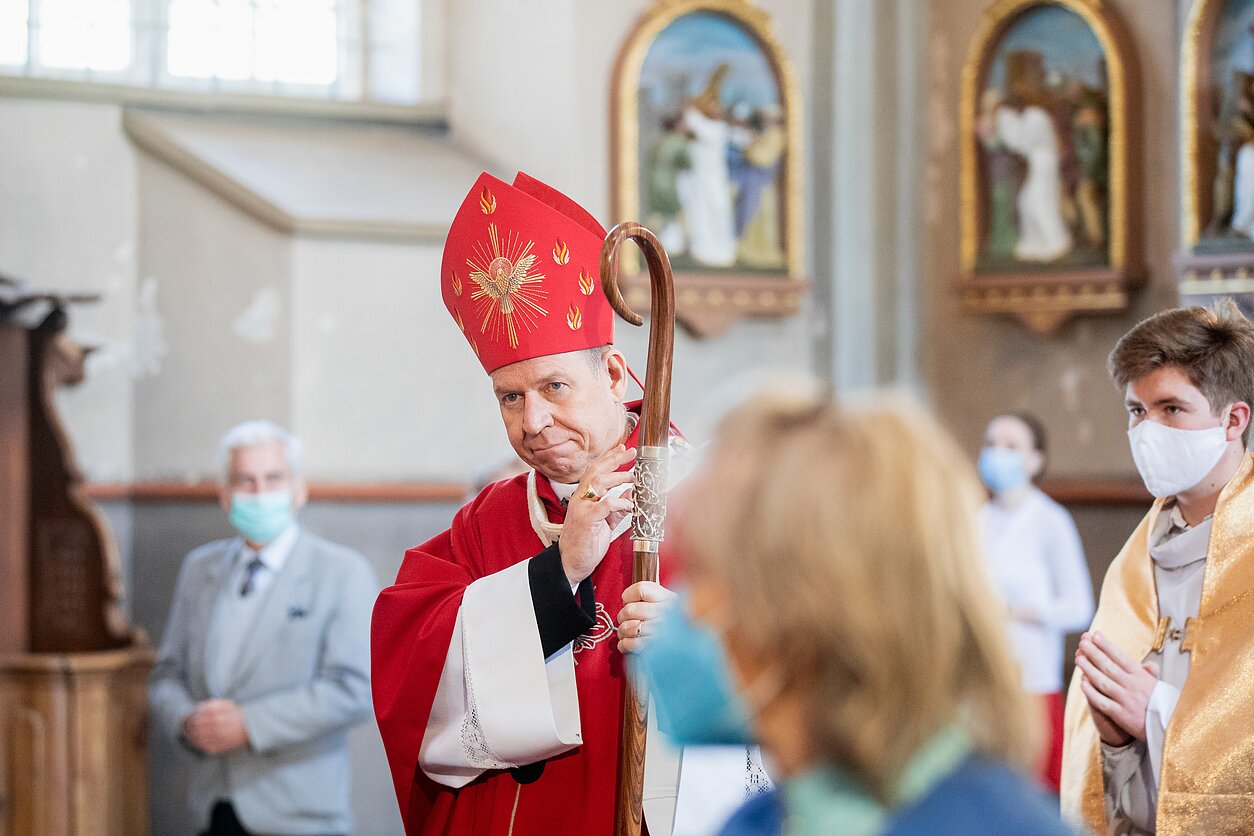 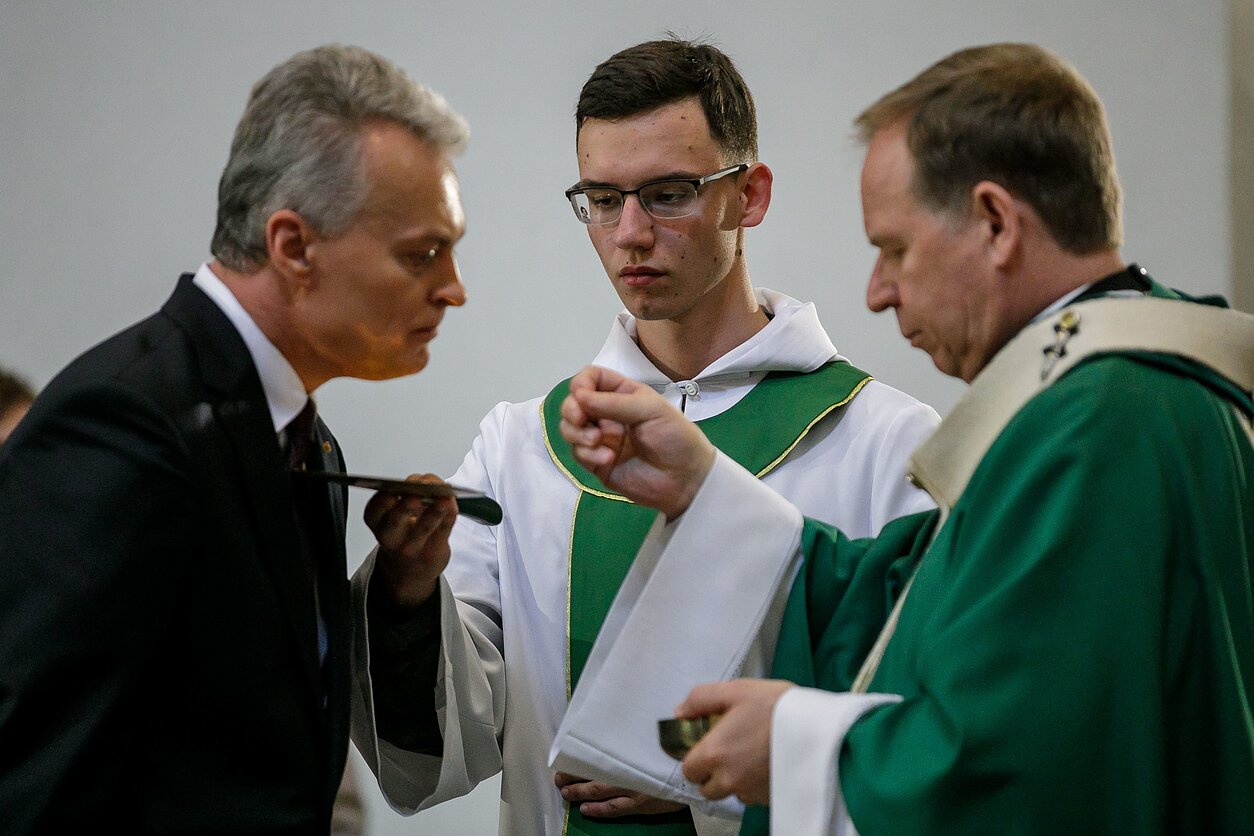 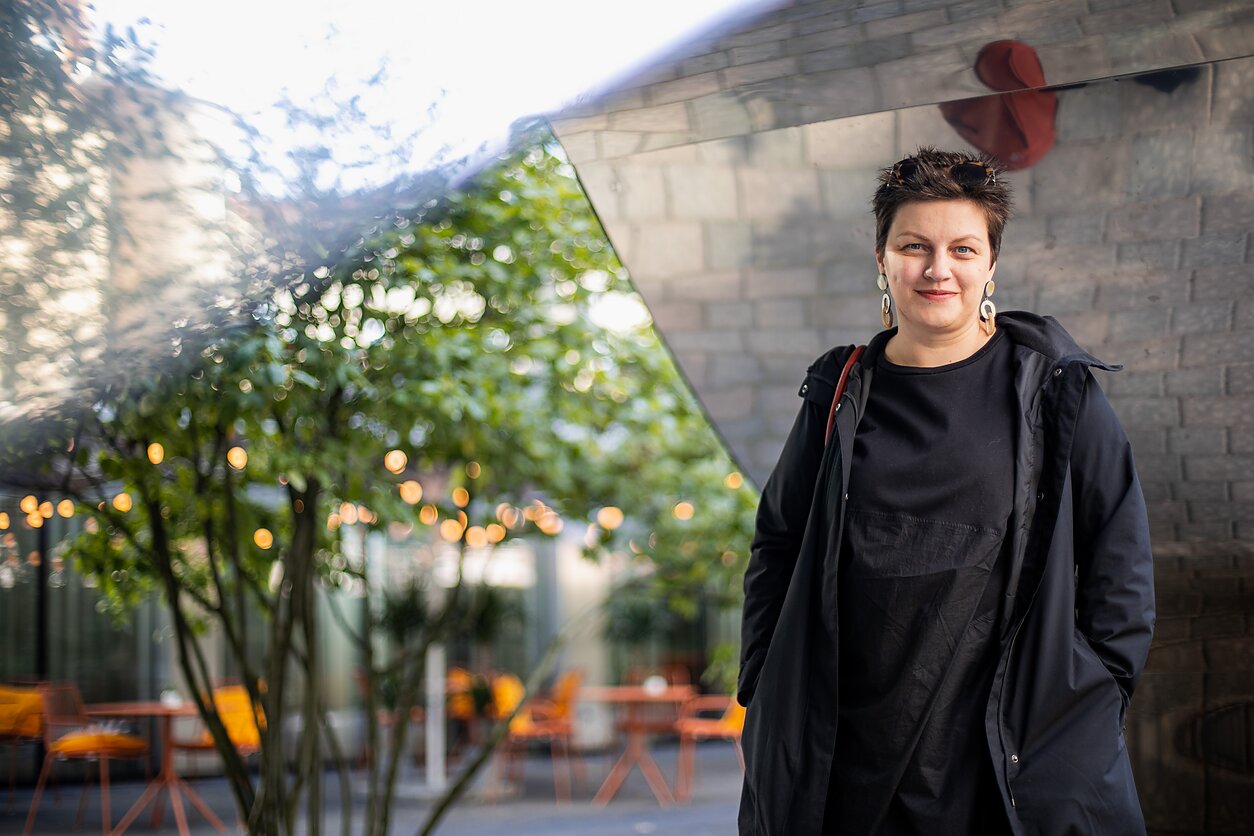