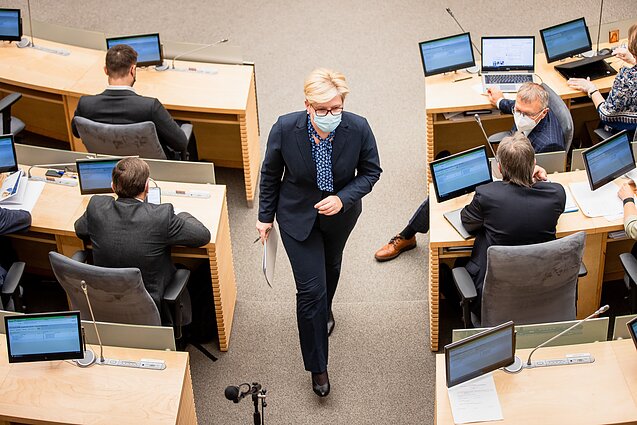 On Tuesday, the Lithuanian parliament gave the green light for the president to appoint Ingrida Šimonytė as prime minister.

Sixty-two members of the Seimas voted in favor, 10 against, and 41 abstained.

All conservative and Freedom Party MPs present at the meeting and five non-attached MPs voted yes.

Eight Social Democrats, three Labour Party MPs and one MP of the Farmers and Greens Union (LVŽS) did not participate in the open ballot voting, meaning that a lower number of votes was needed to secure a simple majority in order to seal Šimonytė's appointment.

It was not clear until the last minute whether there would be enough votes to approve her candidacy, as a number of MPs had to go into self-quarantine due to the coronavirus.

The Lithuanian Farmers and Greens Union (LVŽS), the biggest opposition group in the new parliament, said they would not support Šimonytė's candidacy because she did not give an outline of her government's programme and because they were concerned about her choice of candidates for ministers.

Aušrinė Norkienė, the chairwoman of the LVŽS group, said the new majority had no plan for how to get the Covid-19 pandemic under control.

Gintautas Paluckas, the leader of the opposition Social Democratic Party (LSDP), said their group could not support what is probably “the most right-wing” government in Lithuania's history, adding that statements made by some minister candidates went against Social Democratic values and attitudes. 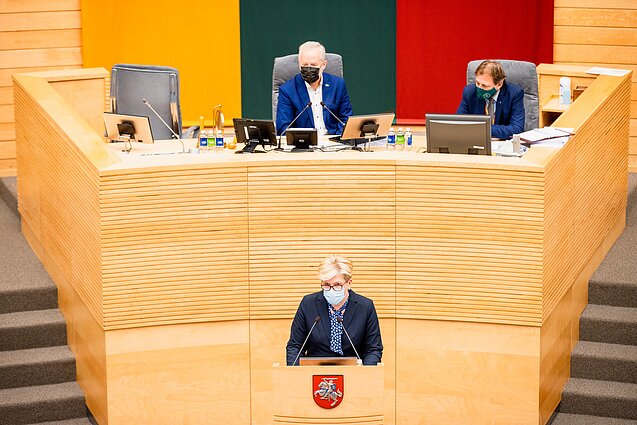 Vigilijus Jukna, the chairman of the Labour Party's parliamentary group, said his group respected the will of voters and would not obstruct the formation of the new government at a time when the country is going through a difficult situation due to the coronavirus pandemic.

Conservative MP Mindaugas Lingė said that Šimonytė was best prepared for the role of prime minister.

Šimonytė, on her part, said she was assuming personal responsibility for all her candidates for cabinet posts.

“We have agreed in the coalition that if a cabinet member refuses to step down when a controversy arises, then, in accordance with this logic, I will have to leave myself. I am ready to take on this responsibility,” she said.

Šimonytė was proposed for prime minister by the centre-right coalition of the conservative Homeland Union (TS-LKD) and two liberal parties, the Liberal Movement and the Freedom Party.

The three parties hold 73 seats in the 141-member Seimas, but all of the Liberal Movement's parliamentarians and Viktorija Čmilytė-Nielsen, the liberal speaker of the Seimas, have self-quarantined at home due to Covid-19. 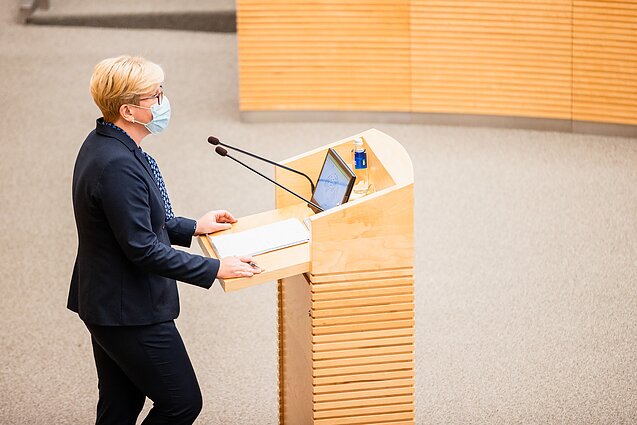 If appointed by President Gitanas Nausėda as prime minister, Šimonytė will have up to 15 days to form her cabinet and have it approved by the president and present the government and its programme to the parliament for approval.

Born in Vilnius in 1974, Šimonytė is an economist by profession. She started her career as an economist at the Finance Ministry and worked her way up to the position of finance minister in the cabinet of conservative Prime Minister Andrius Kubilius in 2009 to 2012.

Šimonytė served as deputy chairwoman of the board at the central Bank of Lithuania and also worked as a lecturer at Vilnius University for three years before she was elected to the parliament in 2016.

She ran for president in 2019, but lost the run-off vote to Nausėda.

Šimonytė was the Homeland Union's lead candidate in last month's parliamentary election, but she is not a member of the party.

In her CV, the PM candidate says she speaks English, Polish, Russian, and Swedish. 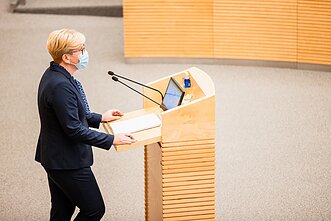 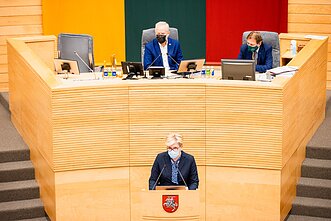 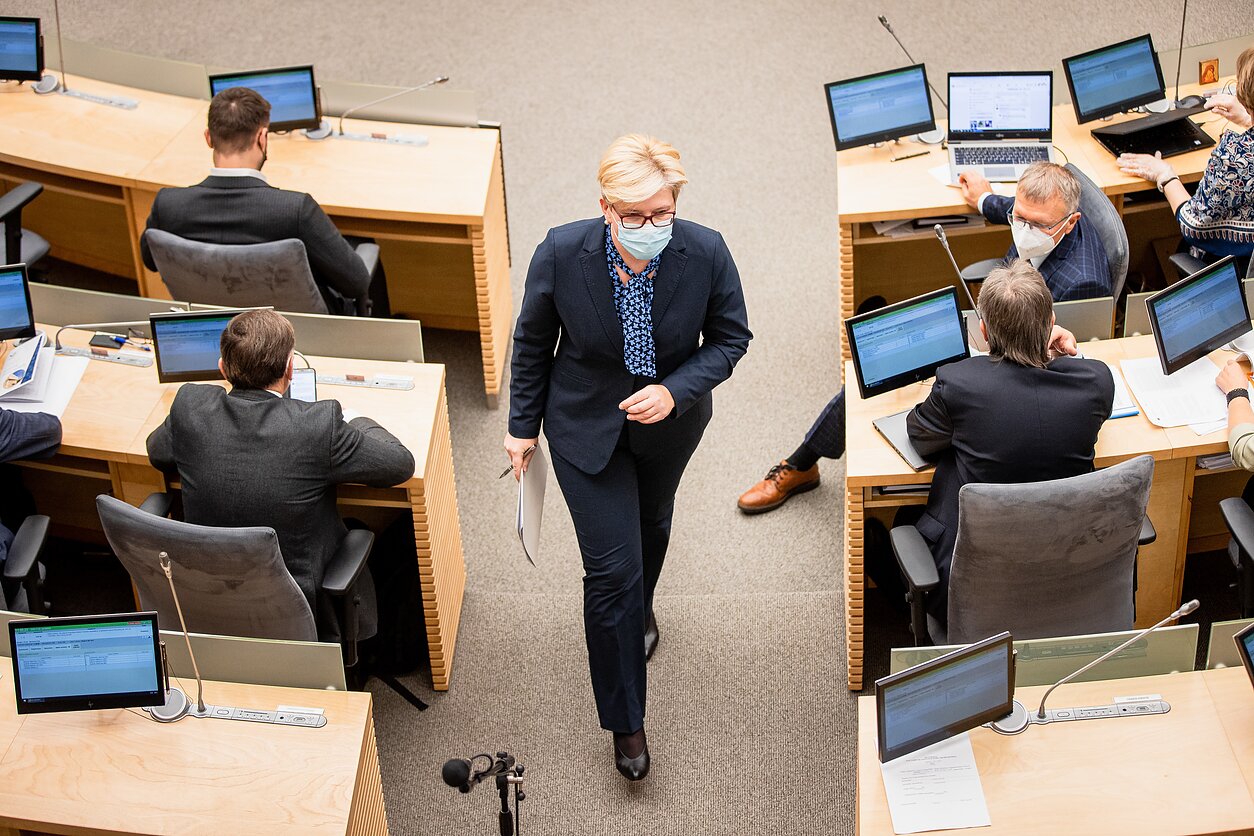 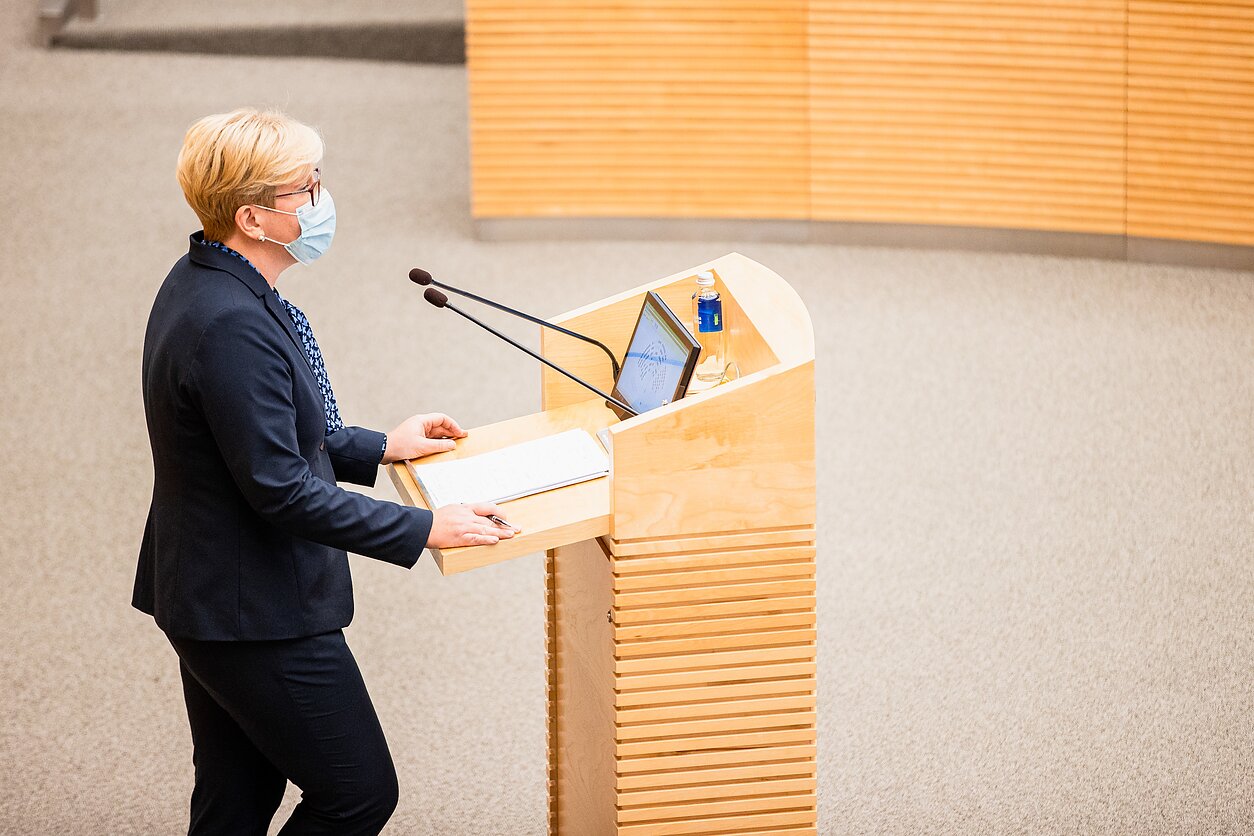 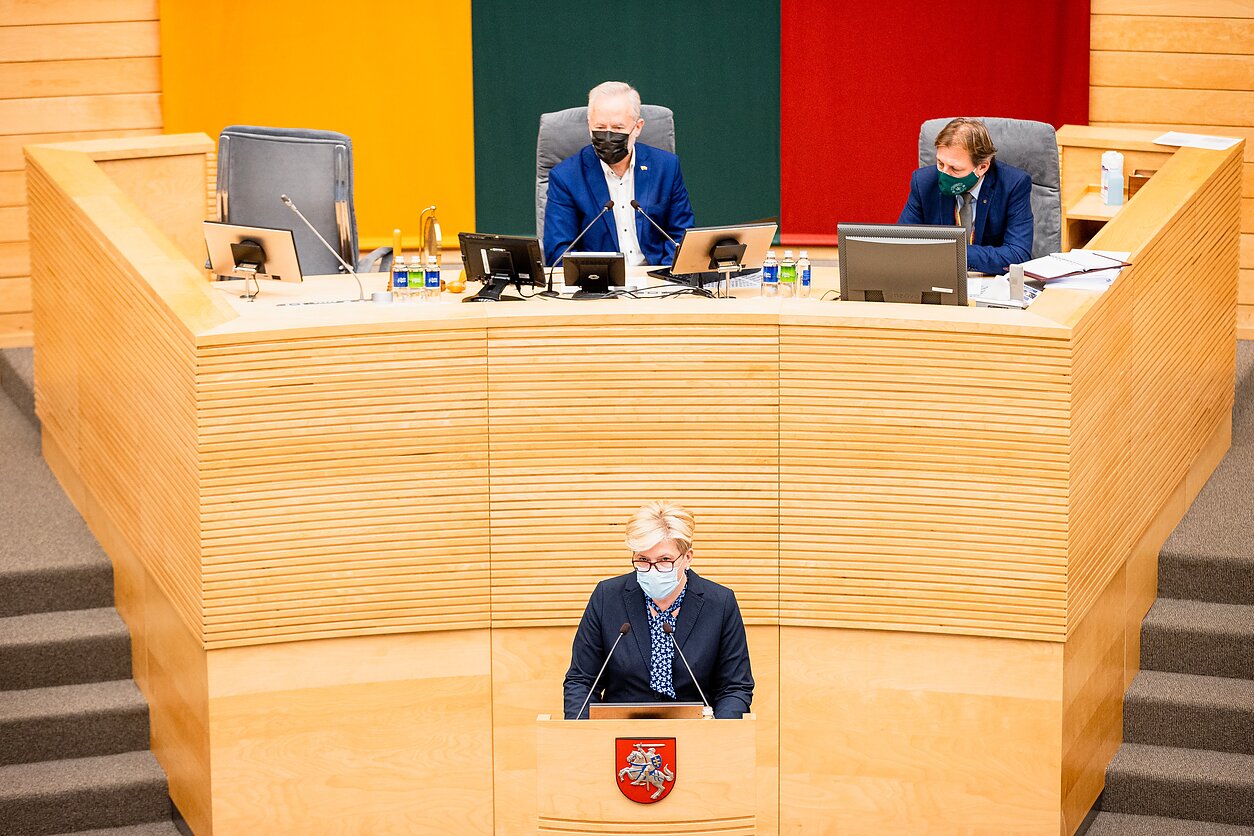