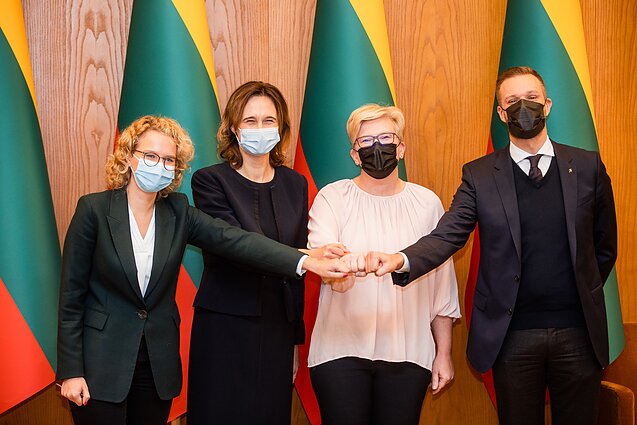 On Monday, the leaders of the Homeland Union – Lithuanian Christian Democrats (TS-LKD), the Liberal Movement, and the Freedom Party signed an agreement to form a new ruling coalition.

"We stand determined to take joint effort to restore confidence in the state and among people and we are entering into this agreement on coalition cooperation and formation of a government," the document reads.

The coalition partners also pledged to support Ingrida Šimonytė as the new prime minister. The majority of candidates for other ministerial positions should be announced by the first parliament sitting on Friday, according to Šimonytė.

In the document, the parties have identified their value-based commitments, key priorities, immediate priorities, and the procedure for drafting the new government's programme.

However, a number of points are not backed by all three parties, including on the ratification of the Istanbul Convention and the decriminalisation of possession of small quantities of drugs.

So far, the conservative Homeland Union has not backed an amendment to legalise “gender-neutral partnerships based on mutual responsibility and voluntary determination to accept rights and duties". 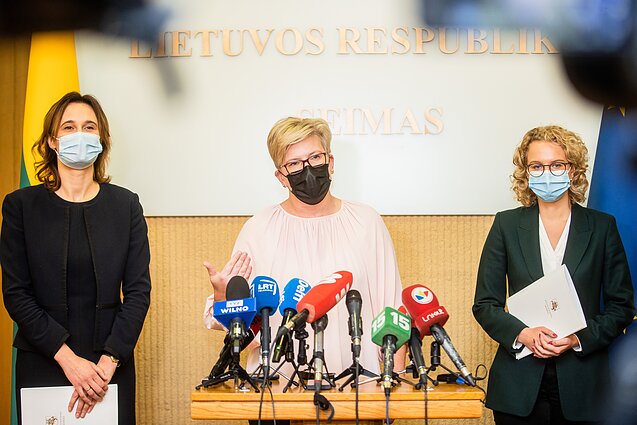 Other contentious issues identified in the document include on the "decommunisation" of the country’s public spaces, allowing to spell names using non-Lithuanian letters – which is important for the country’s Polish minority – allowing free-of-charge access to the Centre of Registers for the media, and lowering the minimum age for MPs to 21.

Ausrine Armonaite, leader of the Freedom Party which based its campaign on progressive politics, said "we hoped that some 80-90 percent of the proposals we submitted [...] will be included into the government programme".

"It's important who and how will implement it, and I have already suggested [a candidate] for the prime minister and some 10 candidates for [other] ministers," she added.

Viktorija Čmilytė-Nielsen, leader of the Liberal Movement, confirmed that her party would pursue the parliament speaker's position. She is also mentioned as a candidate for the position. 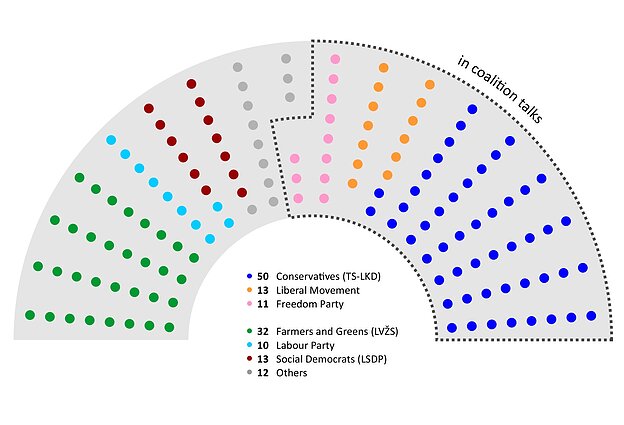 After the agreement was signed, the three parties will begin negotiations on the future government's programme as well as ministerial and parliament positions.

Read more: Women at the top: transformation of Lithuania's political culture or excuse to do nothing?

The coalition agreement was signed by Gabrielius Landsbergis on behalf of the TS-LKD, Viktorija Čmilytė-Nielsen, head of Liberal Movement, and Aušrinė Armonaitė from the Freedom Party.

The new government will be led by Ingrida Šimonytė, a former presidential candidate. Although she headed the electoral list of TS-LKD, the chairman of the party is Gabrielius Landsbergis.

The new coalition will have 74 out of 141 seats in the Lithuanian parliament. 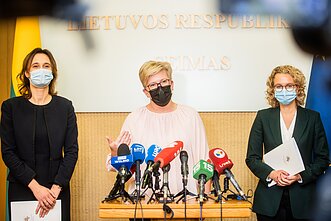 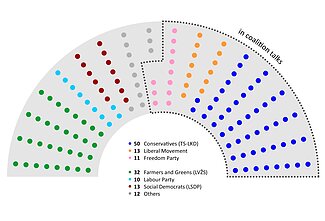 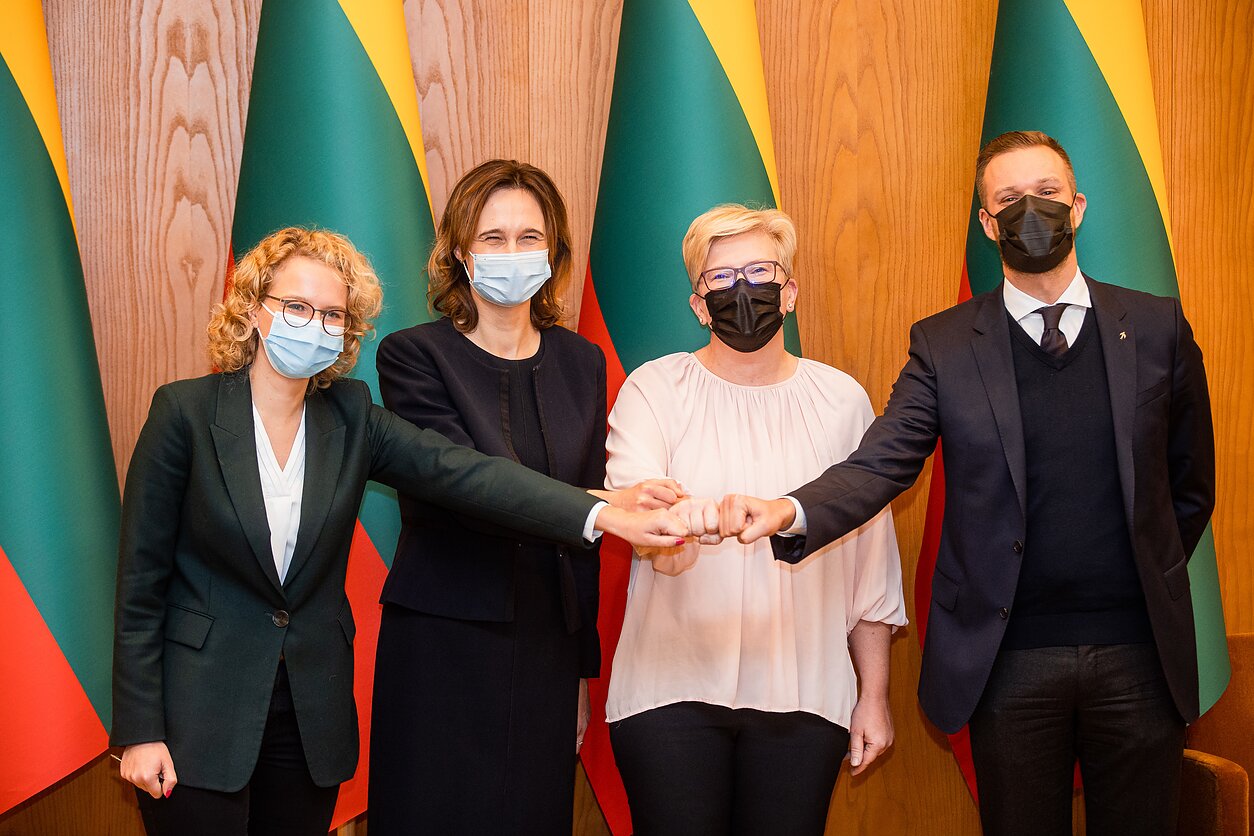 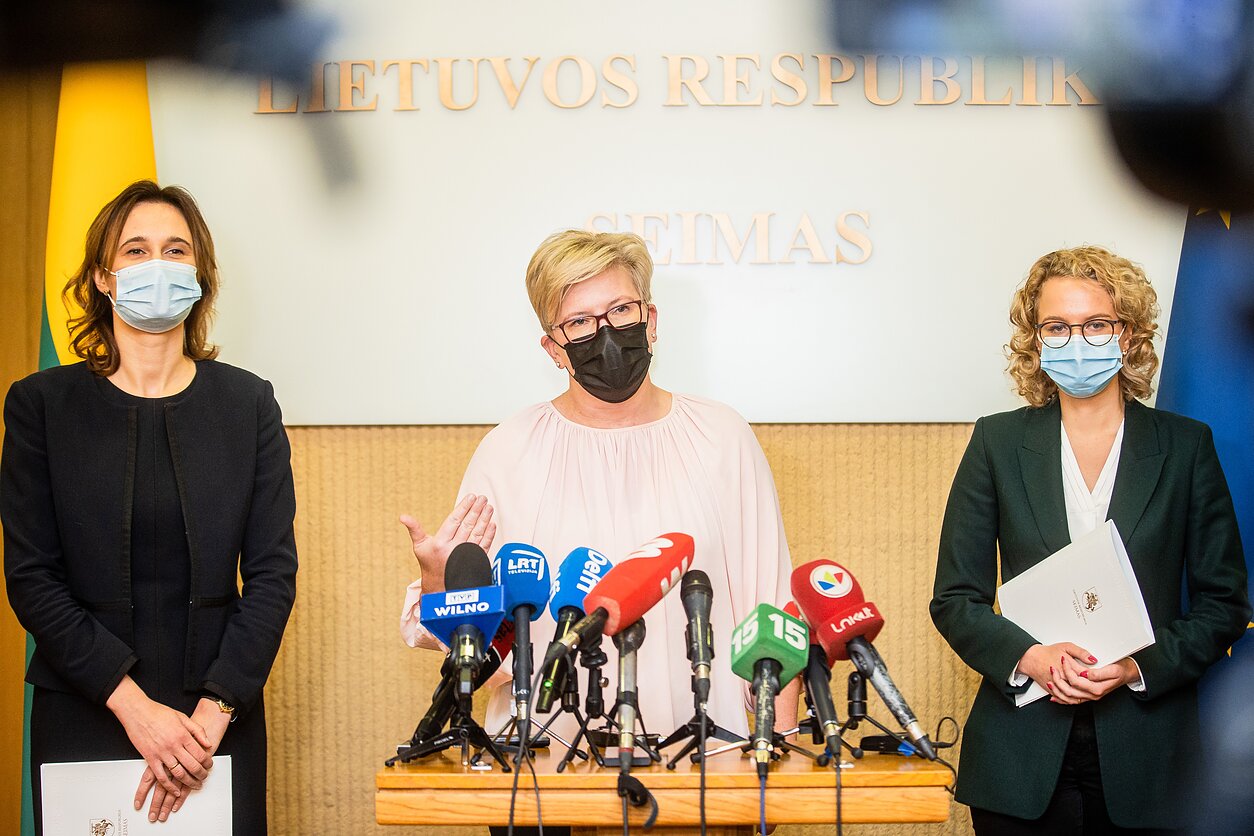 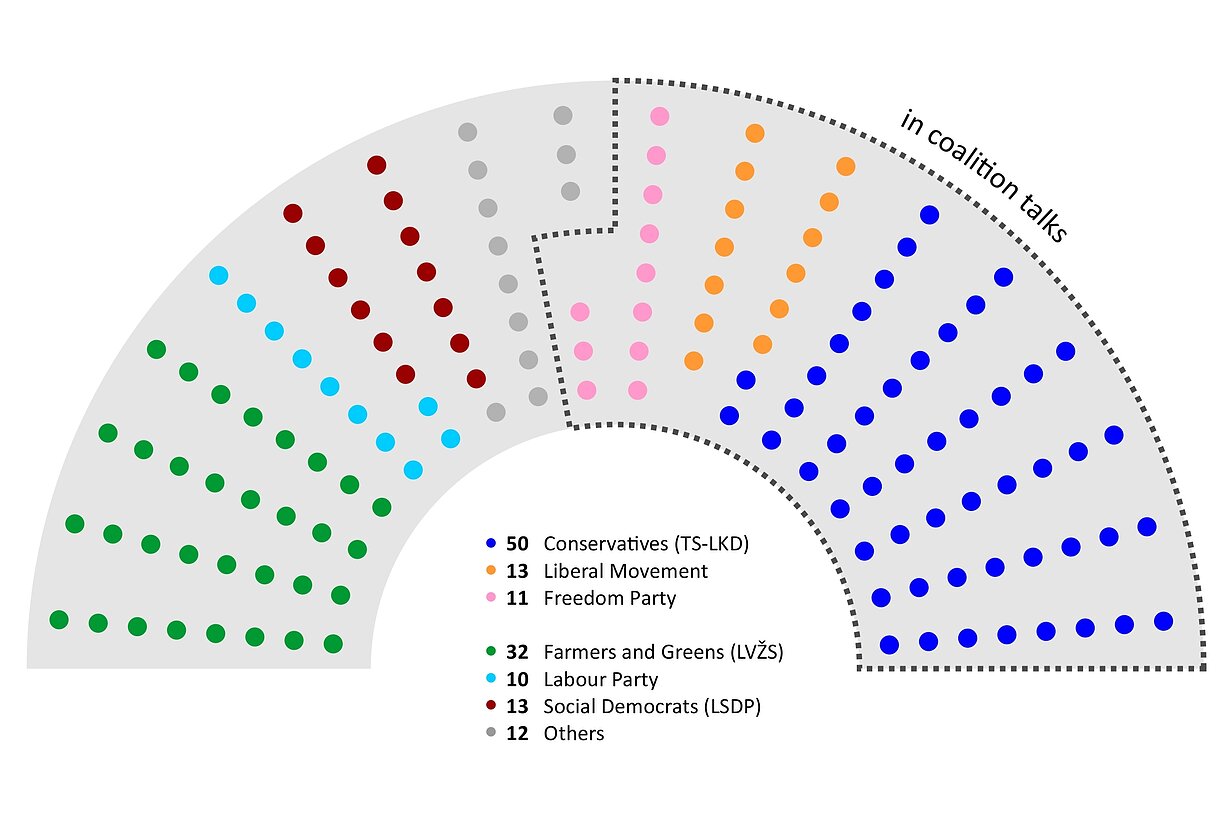