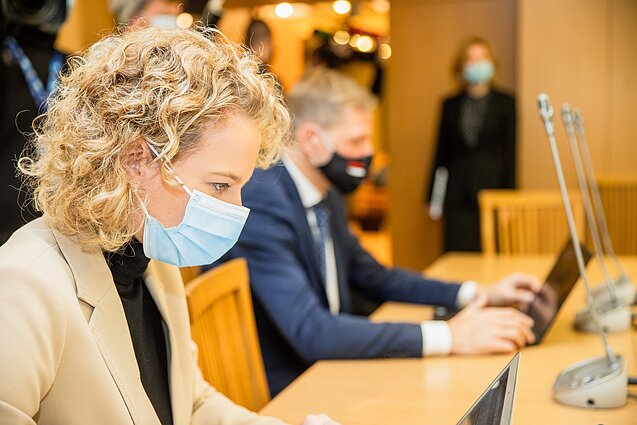 The conservative Homeland Union (TS-LKD) and two liberal parties say they have agreed on most of the points in their coalition deal, and are also setting up a group to take over the management of the Covid-19 response.

“The first formal discussions and negotiations have taken place, and I believe they were productive and constructive. We exchanged opinions on corrections we received over the long weekend, and now we just need to look for more specific wordings to match everyone's expectations,” conservative leader Gabrielius Landsbergis said after the first negotiating meeting.

Representatives of the three parties in the would-be coalition said they did not discuss ministerial posts, adding that they were planning the next meeting. The parties vow to sign the deal shortly.

“Obviously, we in essence agreed on the working direction, we still have several points to discuss, but, to sum it up, we can say we have agreed on 80 percent, and the remaining 20 percent are left for discussions over the coming days,” Viktorija Čmilytė-Nielsen, the leader of the Liberal Movement, said. 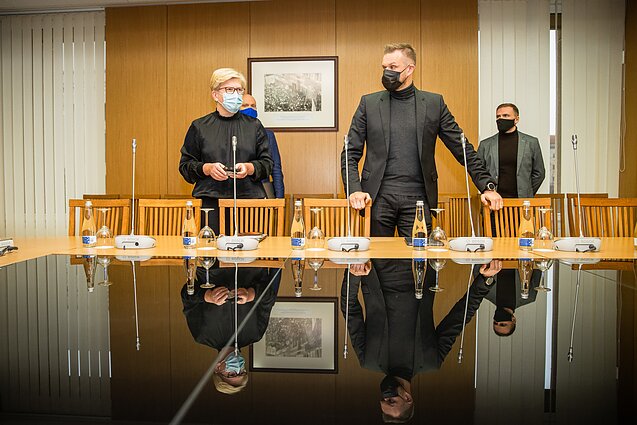 Aušrinė Armonaitė, the leader of the Freedom Party, said that a working group was to be established to prepare for the management of the Covid-19 situation.

“What we agreed on is that it's very important to resolve the Covid-19 situation, take over all information received by institutions, and we will establish a group from the parties' representatives on Covid-19 measures specifically,” she said.

A new version of the coalition treaty should be drafted soon, Landsbergis said, and the negotiating parties will decide whether it reflects all matters agreed during the recent meeting, and then the next negotiation meeting could be held.

Asked when the coalition treaty could be signed, Landsbergis said “really soon”. “I don’t want to speculate as constructive discussions continue, but really not a day later than necessary,” he said.

One of the sticking points between the conservatives and the liberals is introducing same-sex civil unions, a key electoral promise of both the Freedom Party and the Liberal Movement. 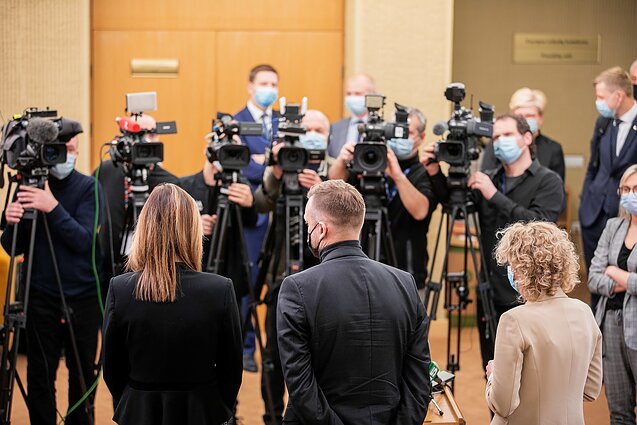 “We are still negotiating and discussing it. Of course, the Freedom Party wants partnerships [to be legalised]. I see that they [the conservatives] hear us, and we will together look for wordings to resolve this issue,” Armonaitė said.

Conservative leader Landsbergis said “we are looking for wordings that would be acceptable for our community”.

The winner of the recent parliament election, the TS-LKD, met with negotiators of the Liberal Movement and the Freedom Party on Tuesday for the first official negotiating meeting on the formation of a new government.

If the negotiations are concluded successfully, the new centre-right government would start working in December. Ingrida Šimonytė, who led conservative candidate list in the parliament election, is set to become prime minister.

The TS-LKD will have 50 seats in Lithuania's new parliament. The Liberal Movement will have 13 representatives and the Freedom Party will be represented by 11 lawmakers. 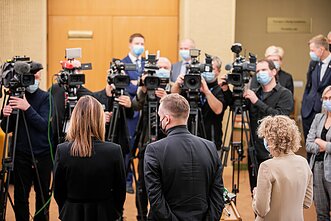 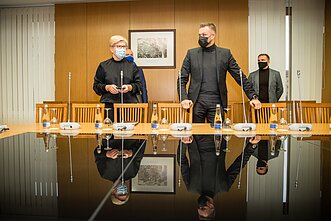 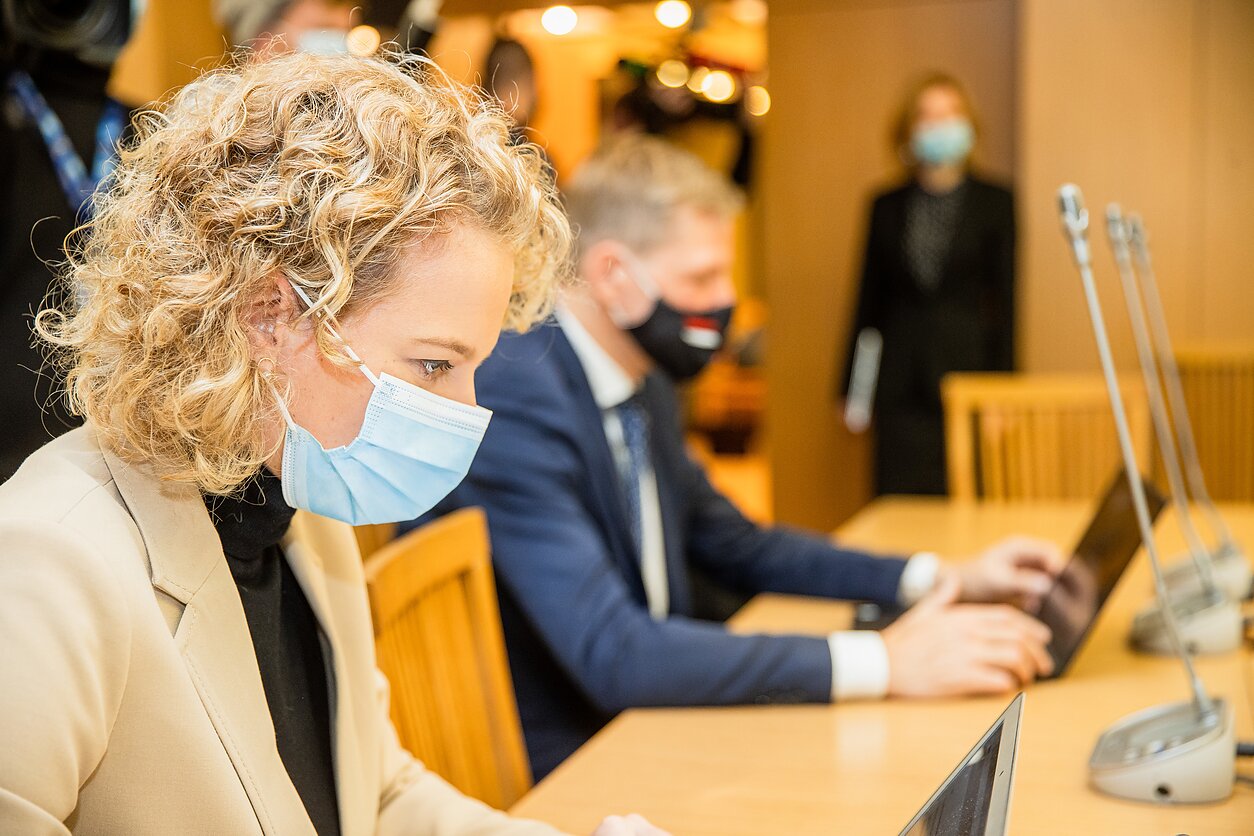 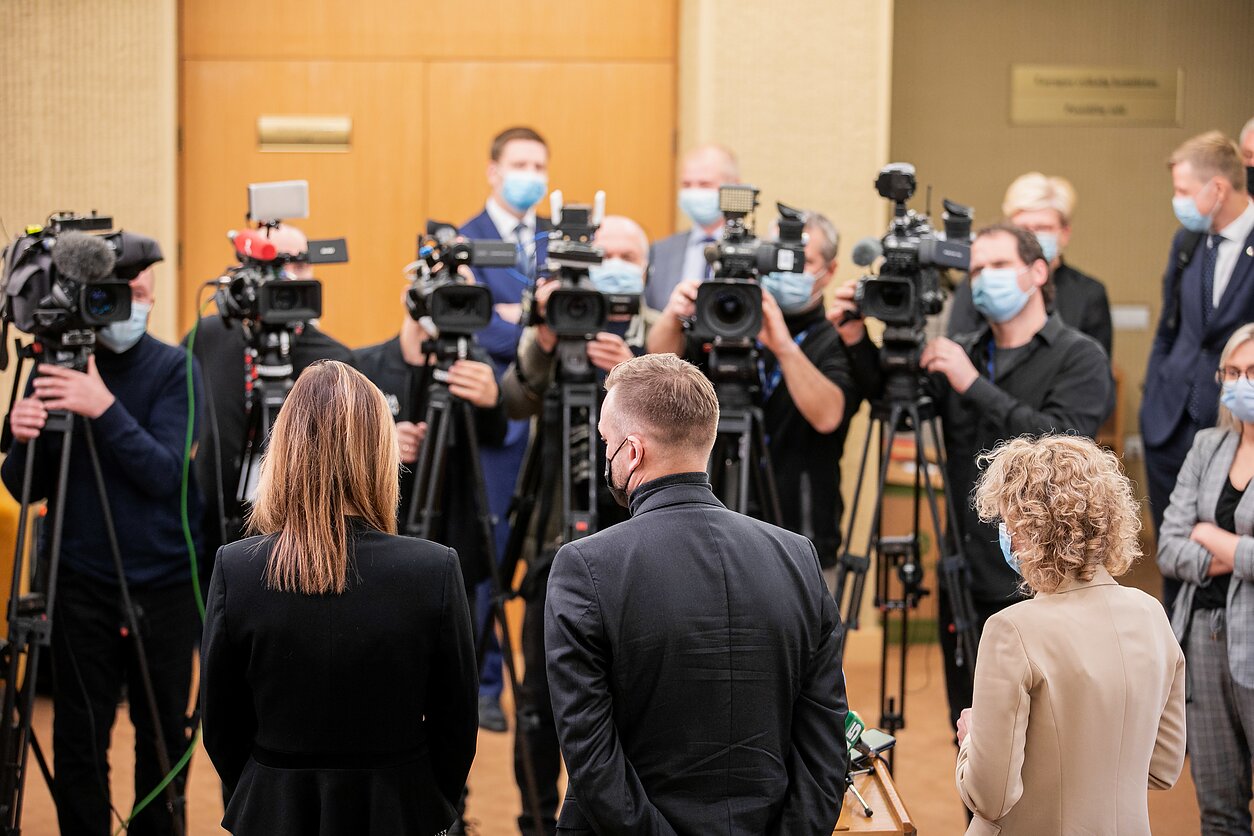 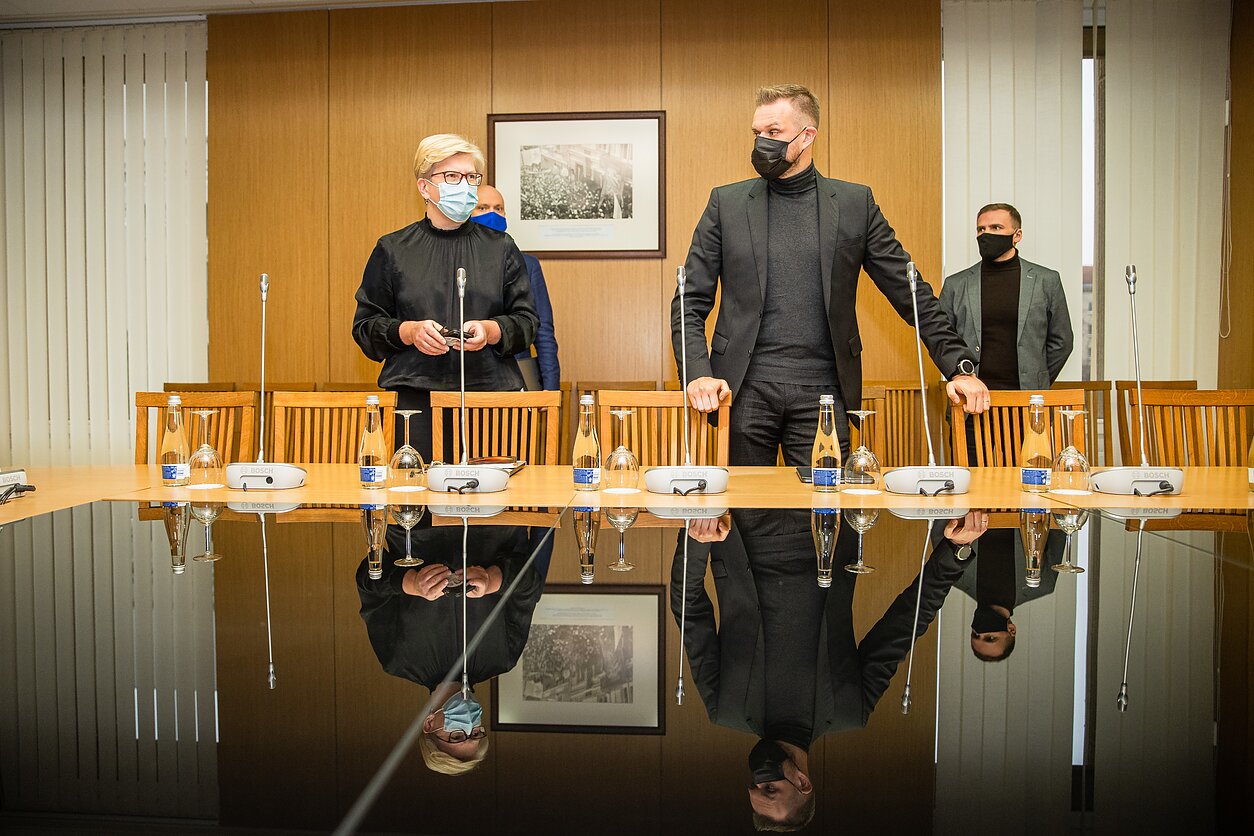