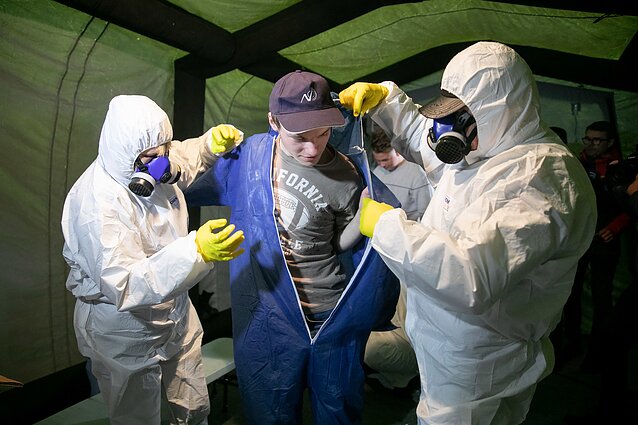 Belarus will look at recommendations made by international experts before launching the Astravyets nuclear plant, the Lithuanian foreign minister said following his visit in Minsk earlier this week.

"They will jointly look at the recommendations, and most important ones will have to be implemented before the plant is launched," Lithuanian Foreign Minister Linas Linkevičius told reporters on Wednesday.

"More constructively, you could feel that there is less rejection when it comes to safety issues, because they used to say that there were no problems at alll," he said.

Linkevičius spoke to reporters after a special meeting of the Seimas Committee on Foreign Affairs that was held at the initiative of the conservative Homeland Union – Lithuanian Christian Democrats.

The conservatives have criticised Linkevicius for visiting Belarus, saying that reopening dialogue with Minsk could mean inappropriate concessions on the Astravyets plant.

Conservative MP Žygimantas Pavilionis told reporters before Wednesday’s meeting that he wanted Linkevičius to explain why, "because he maintained previously that dialogue with the regime was not effective".

Linkevičius said that meetings with Belarus' officials do not automatically mean warming relations.

Belarusian Foreign Minister Vladimir Makei said on Tuesday that Minsk would receive experts from international organisations in the near future and would listen to Lithuania's worries about the nuclear plant's safety.

The stress tests were carried out by Atomproekt, a subsidiary of Russia's Rosatom and the Belarusian project's main contractor, in 2016 and were later reviewed by an international panel of experts set up by the European Commission and the European Nuclear Safety Regulators Group (ENSREG).

The ENSREG peer review report, released in July 2018, revealed a number of drawbacks, the Lithuanian Foreign Ministry said at the time.

The Belarusian nuclear plant is being built with funding from Rosatom and some 50 kilometres from the Lithuanian capital.

“Due to the rushed construction work, the negligent approach to nuclear safety, and the poor work ethics, numerous incidents in the BelNPP have occurred which could have a negative impact on its safe exploitation,” according to the Lithuanian intelligence report released on Tuesday.

A fire caused by negligence in the plant's Unit 1 last June was hushed up by the Belarusian authorities, according to the Lithuanian state security chief, Darius Jauniškis. 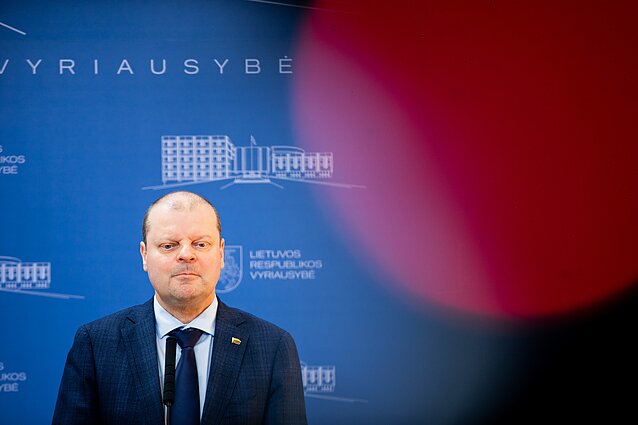 PM Saulius Skvernelis: "I think there will be a proper reaction." / E. Blaževič/LRT

"This is an important step, a necessary step [...] if we want Lithuania to share its border with Belarus as an independent state," Lithuanian Prime Minister Saulius Skvernelis told reporters on Wednesday.

"If we want to give that country an opportunity and help in diversifying its energy supplies, as well as to bring benefits and economic efficiency to our state in terms of oil, light petroleum products and gas supply, discussing this is a timely step," he added.

In Minsk, Linkevičius also forwarded Skvernelis' invitation to Belarusian Prime Minister Sergei Rumas to come to an economic forum in Lithuania in May.

Skvernelis also said Linkevičius "raised properly" the issue of safety at the Astravyets nuclear plant. "I think there will be a proper reaction," he added. 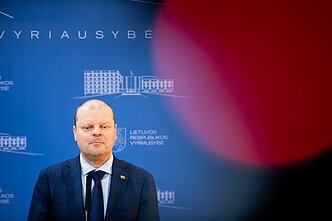 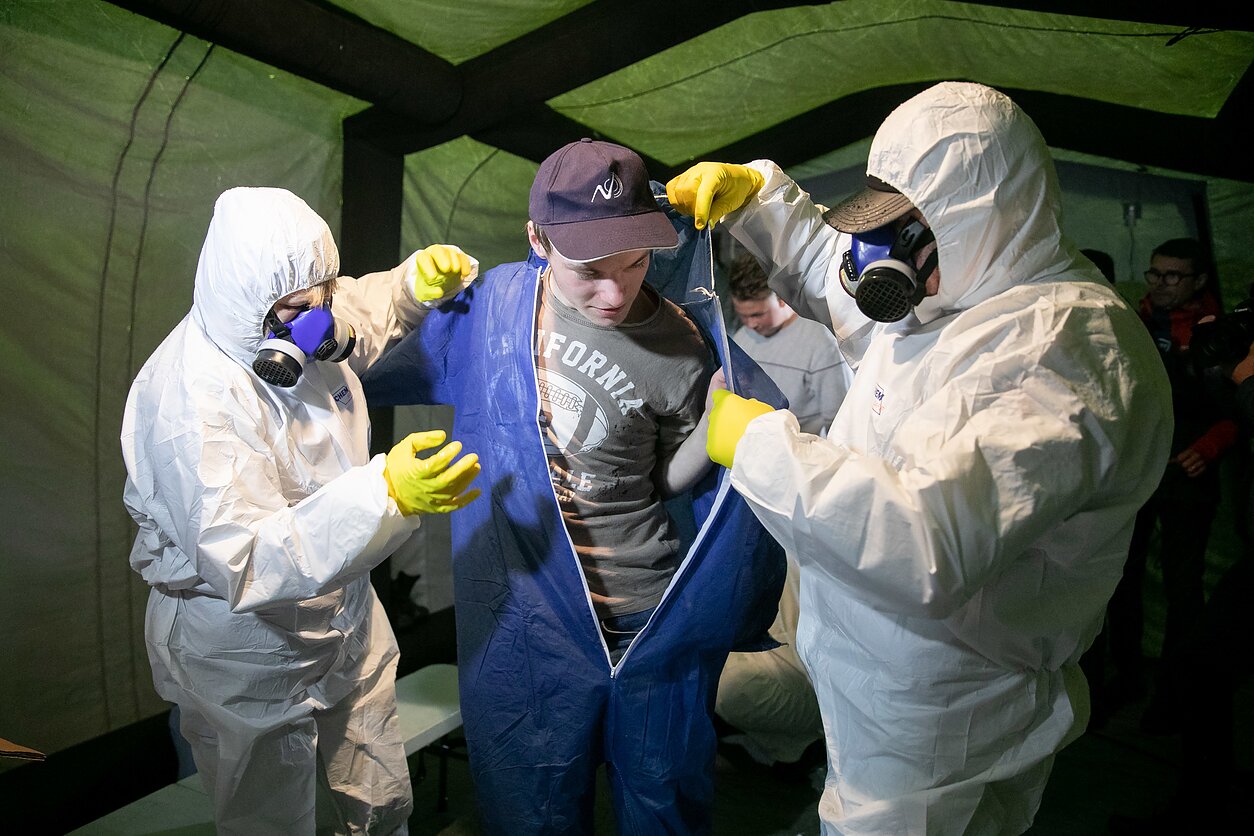 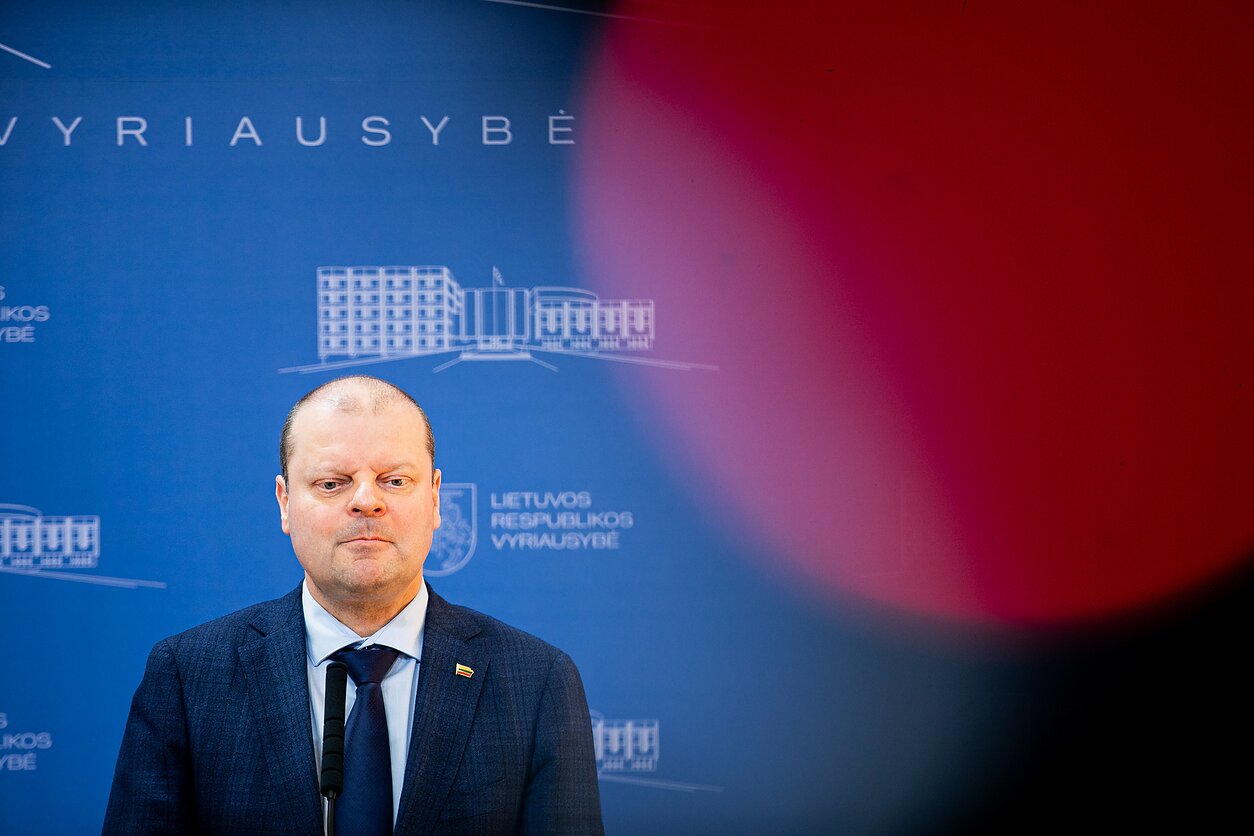 PM Saulius Skvernelis: "I think there will be a proper reaction."
3 / 3E. Blaževič/LRT