The Lithuanian parliament's Committee on Budget and Finance on Monday adjourned the consideration of the proposed turnover-based tax on major retailers, which means that it will not be introduced in January as previously suggested.

Following the committee's decision, the matter will not return to the full parliament for debate by the end of the year.

“The adjournment may be a very lengthy one,” said Valius Ąžuolas, the committee's chairman.

The Lithuanian Farmers and Greens Union, the biggest party in the parliament, suggested introducing a new tax on monthly retail turnovers of over 2 million euros to raise an estimated 32 million euros in additional budget revenue annually.

The same committee decided to propose raising the corporate income tax rate for banks from 15 percent to 20 percent. 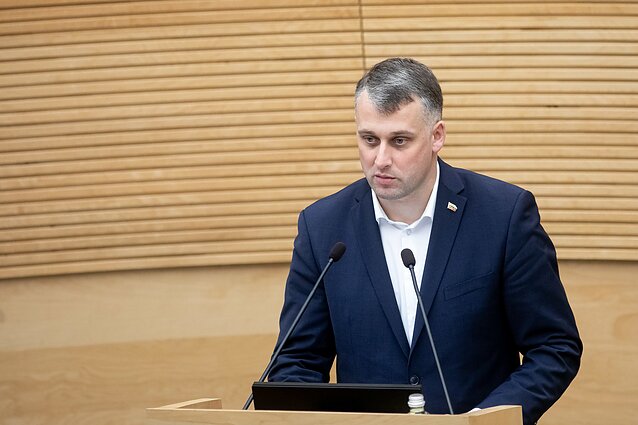 Valius Ąžuolas, the chairman of the Committee on Budget and Finance / D. Umbrasas/LRT

The Seimas is expected to discuss the respective amendment on Tuesday.

On Monday, the Committee on Budget and Finance discussed the proposal, put forth by the Electoral Action of Poles in Lithuania–Christian Families Alliance, to tax bank assets and decided not to approve it. The committee adjourned the consideration of the matter.

MP Zbignev Jedinskij of the Electoral Action of Poles said he would not back down.

“We are not against the corporate income tax on banks, but our (proposed) tax could be (imposed), too,” he said. 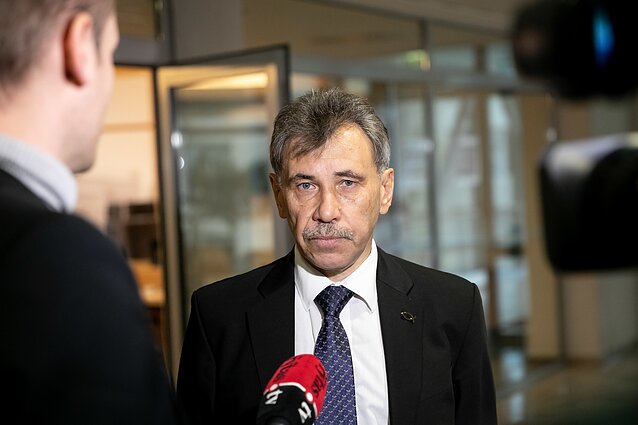 He did not answer Liberal MP Kęstutis Glaveckas' question about how the assets of virtual banks would be taxed. 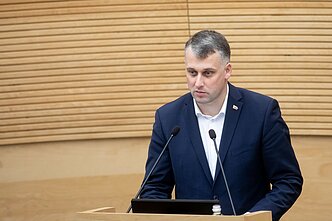 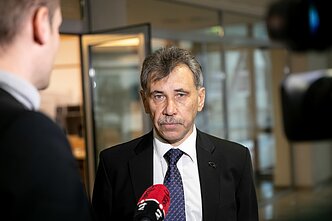