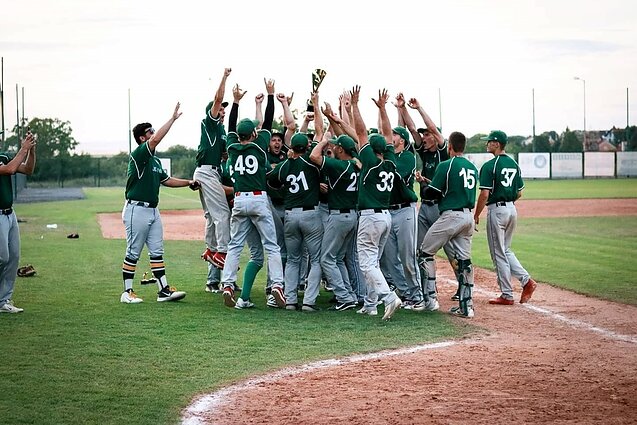 The legendary Lithuanian pilot Steponas Darius introduced baseball in Lithuania when he returned from the US in 1920. In the years that followed, the ‘American’ sport found an unreceptive public and precious few fields suitable for play.

Almost 100 years later, the situation hasn’t changed much – the Lithuanian national baseball team is on the verge of reaching Europe's highest level, but don’t have a single stadium to host matches.

Despite poor baseball infrastructure, the Lithuanian national team finished first in Pool B of the European championship this month and is to face Israel for a spot in Europe’s highest tier.

On July 26, Lithuania will have a second chance to advance to the highest tier, after failing back in 2018, losing the series against Austria 0:2.

National team: from a 16-year-olds to experienced veterans and naturalized citizens

Much like in the 1920s, when baseball was seen as a far-away sport – and the only news about it came from the US – present-day Lithuania cannot make do without support from across the Atlantic.

Two coaches from the US – Will Gordon and Chrostopher Rodriguez – helped Lithuanians succeed in the qualifying tournament in Slovakia. 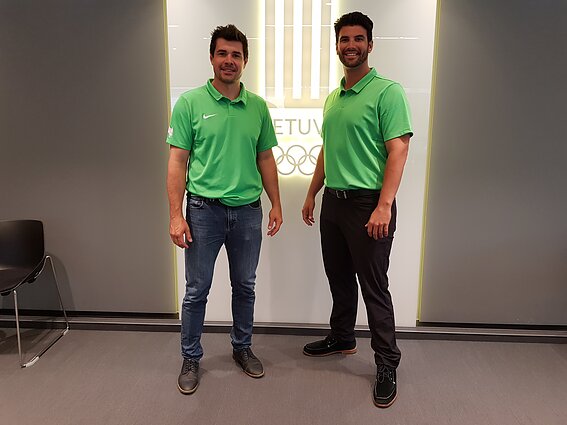 Gordon, 36, speaks fluent Lithuanian and has been married to Vitorija from Lithuania for over a decade.

The team also boasts two naturalized players with Lithuanian roots. Vytas Valinčius, 16, is a rising star from Chicago who maintained connection with Lithuania despite being born in the US. He now joins Gordon in speaking fluent Lithuanian.

“He ranks among the top 50 players in the US in his age group,” said Gordon. “He’s very talented."

Valinčius has reached a verbal agreement with South Carolina University and will join their team after finishing high school to continue toward professional baseball.

Luke John Barry, a pitcher from Canada, has also acquired Lithuanian citizenship despite not having been raised here.

“Luke’s grandmother fled during the [Second World] War, so he could apply for the Lithuanian citizenship. We used this [option] and invited him to the national team,” said Lithuanian Baseball Association (LBA) president Virmidas Neverauskas.

“Another one of our players, Marius Balandis, will join Barry in Saint Louis University.”

Coach Gordon is adamant that “Lithuanians are real warriors [...] we supported each other [in Slovakia] and managed to win” the qualifying tournament. 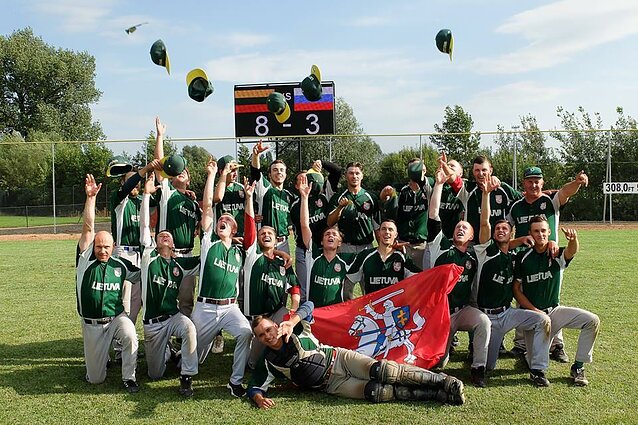 The Lithuanian team will face off the Israeli squad at home, but it did not know if it would be able to do it until very late.

The problem is that the team does not have a pitch that meets international requirements.

“We are probably the only nation in the world that shows such [high] results, but essentially has nowhere to play,” said Neverauskas.

Playing on poor pitches, the players have developed a “self-defence reflex,” because “they try catching the ball directly with the glove, as it’s frightful, not knowing in which unpredictable trajectory the ball can bounce back,” he added.

The LBA president told LRT.lt that the Lithuanian team would prefer to play in Utena, eastern Lithuania.

A pitch in line with the highest international standards did operate there in the 2000s, but it became unaffordable for the main baseball club in Utena, ‘Vėtra’, after the operating firm raised the fees in 2015.

“From this point onward, we lost the sport’s massive-scale in the city. We had teams on all tiers, but now there are only a few clubs left,” said one of the veterans in the national squad, Dalius Neliupšis. The stadium then lost its baseball focus.

“We can’t use school stadiums, because it’s unsafe.”

LBA put hopes in renovating the stadium in Utena, and after getting the green light by the European Baseball Confederation, the pitch will be temporarily prepared for top tier games.

This way, the decisive series with Israel will begin on July 26. 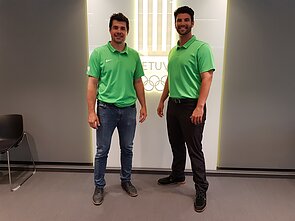 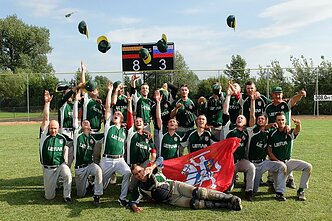