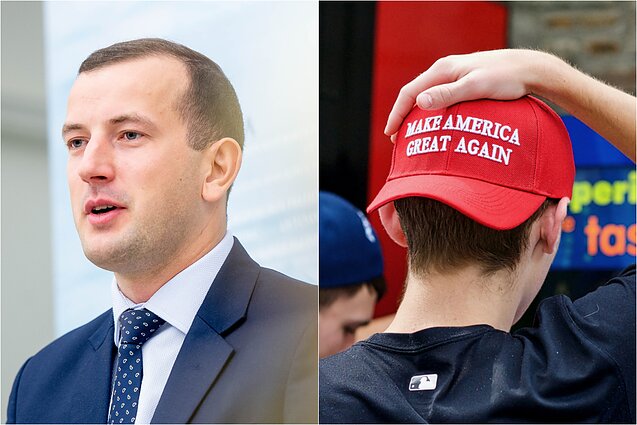 The Lithuanian government has endorsed the country's 28-year-old Economy Minister Virginijus Sinkevičius as its nominee for the next European Commission. One of the details international media have noted about the potential EU commissioner is that he keeps Donald Trump's ‘Make America Great Again’ hat.

Noting that Sinkevičius' party, the Lithuanian Farmers and Greens Union, veers significantly to the right of the traditional European greens, politico.eu says “it is unclear that mainstream Greens officials will embrace Sinkevičius, who is known for keeping a Donald Trump ‘Make America Great Again’ hat in his office, as their representative in the Commission”.

Sinkevičius, Lithuania's minister of economy and innovation since 2017, was asked about the hat in an interview with the Žinių Radijas radio station on Wednesday.

“A friend brought the hat for me from Washington. I put it on a shelf and didn't pay much attention to it,” Sinkevičius said, assuring that he did not keep the bright red hat on his desk.

The shelve displays other gifts and souvenirs, he said, including a football with signatures of the Croatian national team and scale models of planes.

He said the media had been curious about the hat.

“The hat does not reflect my political views,” Sinkevičius stressed, quickly adding that the US president was a strategic partner of the European Union and Lithuania.

Sinkevičius met with European Commission President-elect Ursula von der Layen in Brussels earlier this week. After the meeting, Lithuania's President Gitanas Nausėda said the encounter was a success. Sinkevičius' nomination was formally endorsed by the government and the president soon afterwards.

The parliament is to vote on the candidacy in late August. 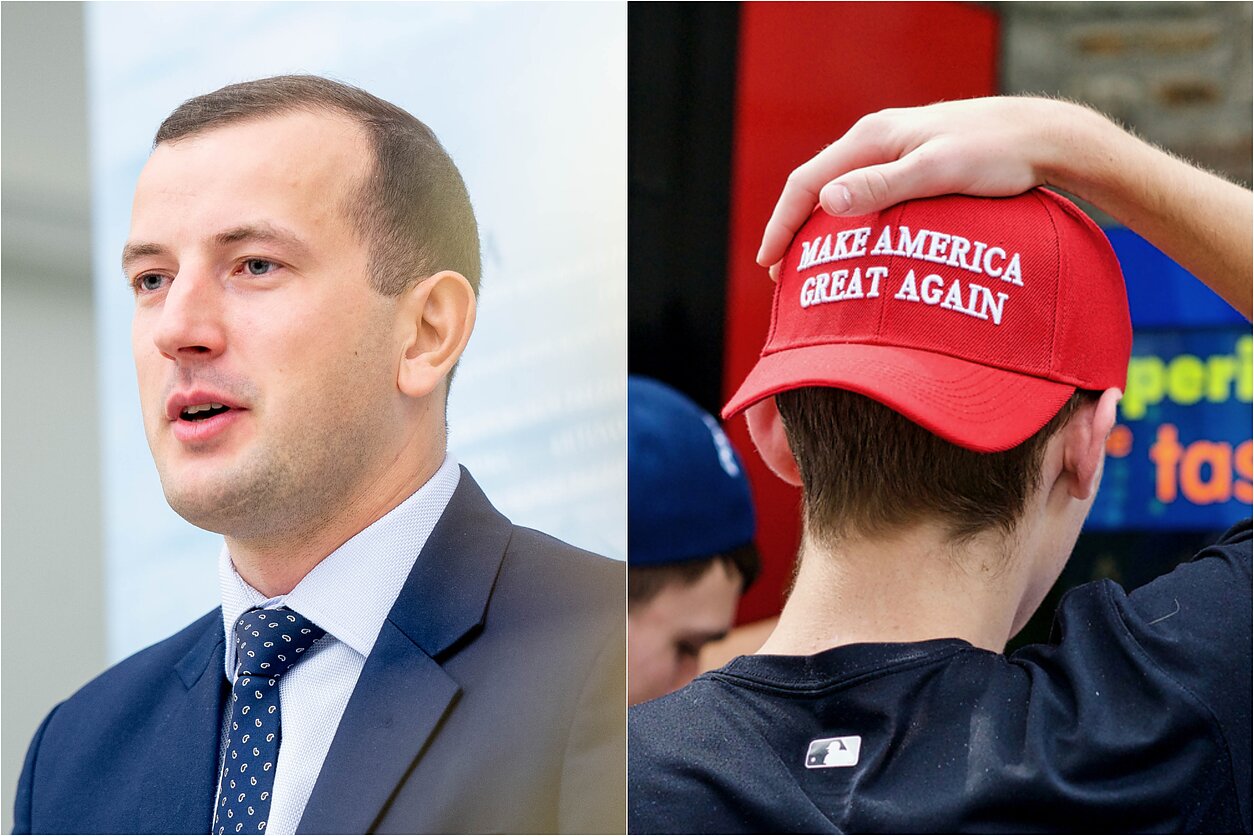