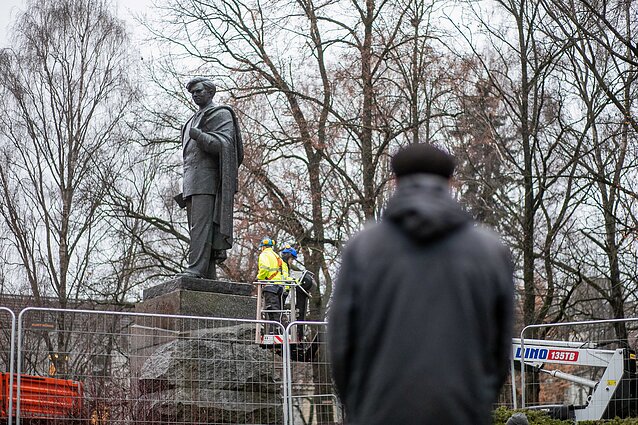 A monument to Petras Cvirka, a prominent Soviet-era author and political activist, has on Friday been removed from a square in central Vilnius.

Causing controversy since the very beginning of Lithuania's independence, the monument was removed by workers of Grinda, a municipal enterprise, as around 100 residents and representatives of the local municipality watched.

The possibility of removing the monument emerged last summer when experts removed it from the register of cultural valuables.

The municipal council earlier unanimously adopted a resolution stating that the decision to remove the moment was taken based on the findings of the state-funded Lithuanian Genocide and Resistance Research Center that Cvirka "actively collaborated" with the Soviet authorities and his collaboration "had serious and harmful consequences" for the fate of the Lithuanian state and its citizens.

The council also took into account Cvirka's "conscious, significant and voluntary role in consolidating the Soviet occupation of Lithuania during the Second World War and the betrayal of the homeland".

Those advocating against the removal say that efforts to indiscriminately destroy Soviet heritage are no different from Soviet censorship and that Cvirka's literary talent must be valued and separated from his political activities. 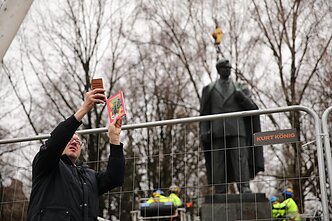 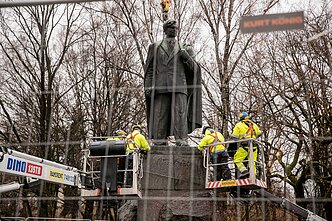 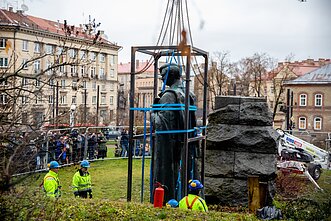 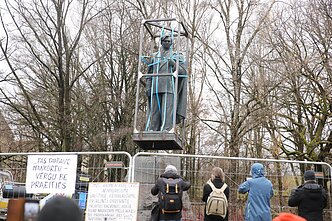