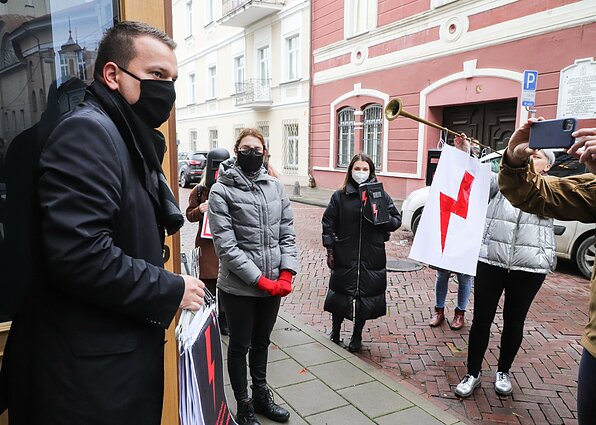 In light of ongoing protests in Poland against anti-abortion laws, a group of activists in Lithuania staged a demonstration ahead of the visit of Polish President Andrzej Duda in Vilnius.

Duda is in Lithuania on November 17–18 and is due to meet the country’s president Gitanas Nausėda. The presidential office has told LRT.lt that the protests in Poland will not be on the agenda.

“We request that the institutional silence be broken and a clear position of Lithuania be presented regarding this matter,” according to the statement.

“We are convinced that Lithuania, as an active supporter of democratic processes in neighbouring Belarus, and as a country that for many years has aimed for the leadership in defending these values in the region has to express support for the protesting women of Poland,” it reads. 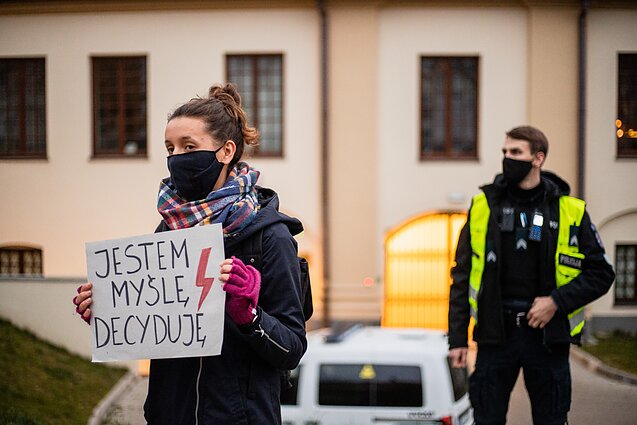 Due to the country’s quarantine restriction on public gatherings, five women marched from the Adomas Mickevičius (Adam Mickiewicz) monument in central Vilnius to the Polish embassy.

Meanwhile, the group has also highlighted ongoing issues surrounding women’s rights in Lithuania and requested “an immediate and systematic solution and the assurance of reproductive rights for women of Lithuania”.

Even if women’s rights are in “an undeniably better situation [in Lithuania] than in the neighbouring country” there is “still no Reproductive Health Law, and the right to abortion is only ensured by a decree of the minister of health”.

“Also, there are no opportunities to receive support for contraception, which is essential for the most vulnerable groups in our society, with the aim of reducing the number of abortions,” according to the statement.

“Until now, disagreements arise regarding sexual education in schools – the content of this programme and its realisation does not ensure young citizens’ right to information, and thus limits their opportunities to choose the safest solutions”. 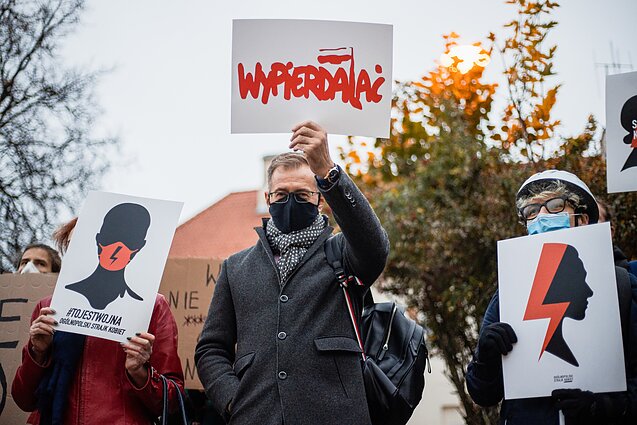 Lithuanian leaders have not made public statements regarding the protests in Poland which broke out in October.

Although the message was referencing the mass protests in Belarus, critics pointed out the problematic timing of the congratulatory statement amid the anti-abortion laws and subsequent protests in Poland.

Last week, 26 NGOs and 80 people in Lithuania, including public, culture and science figures and human rights activists, issued a public appeal, entitled "On Violations of Women's Human Rights and Restrictions on Reproductive Rights in Poland", to the parliament, Seimas, and other key institutions. 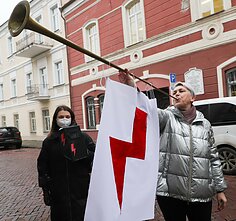 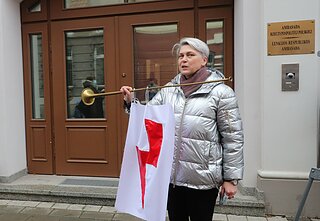 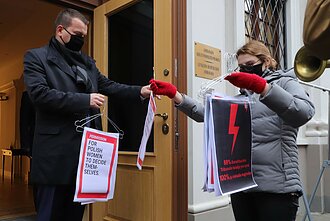 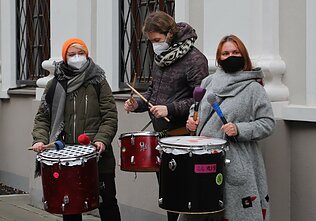 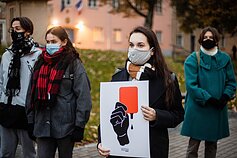 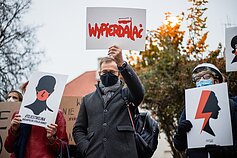 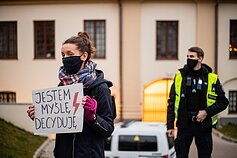 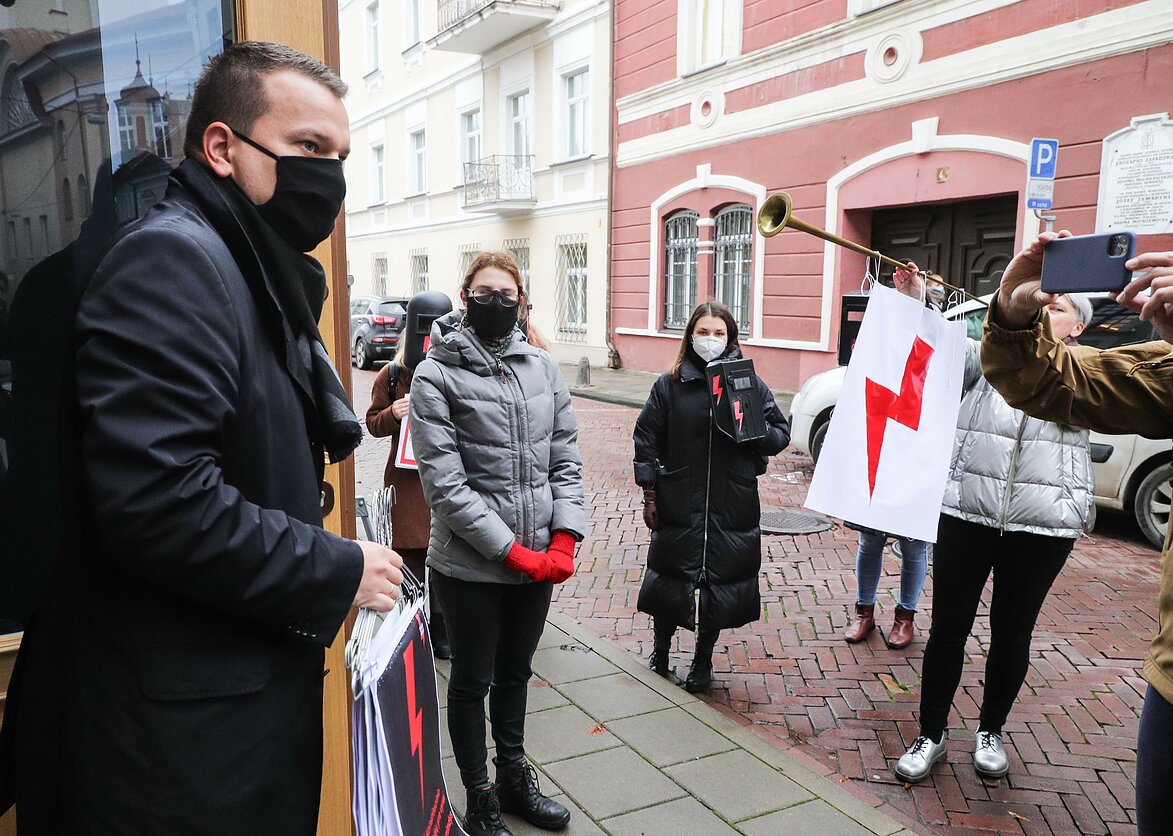 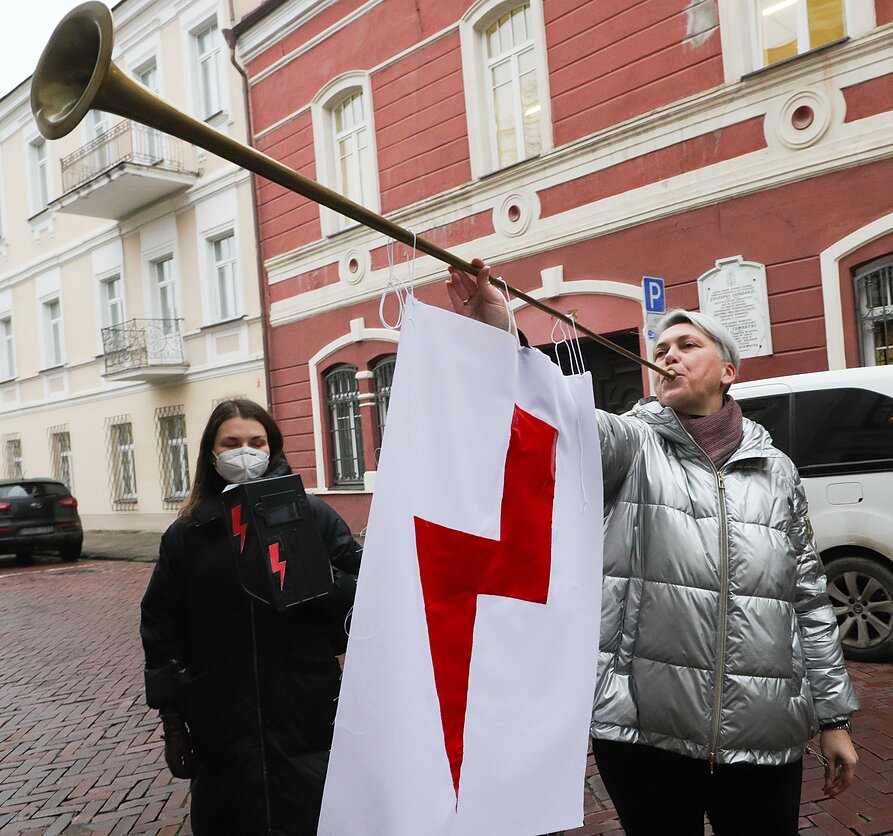 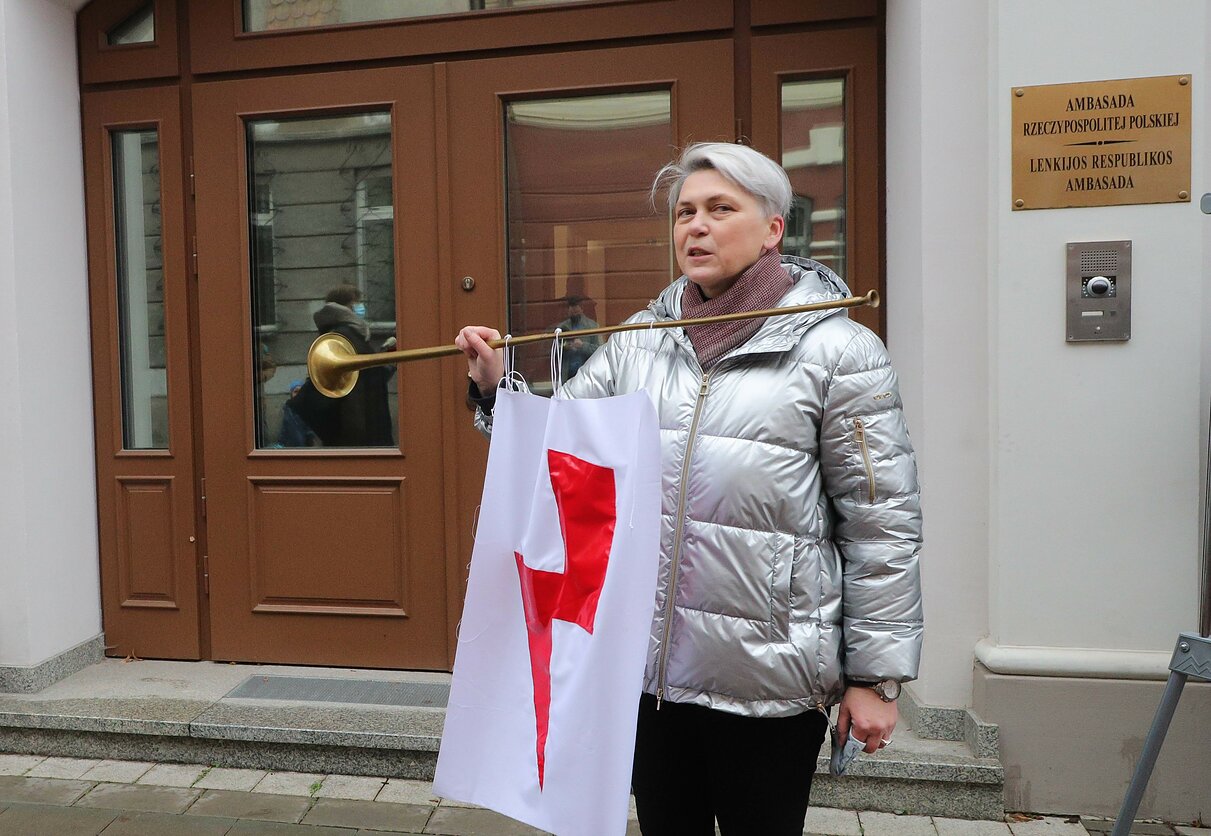 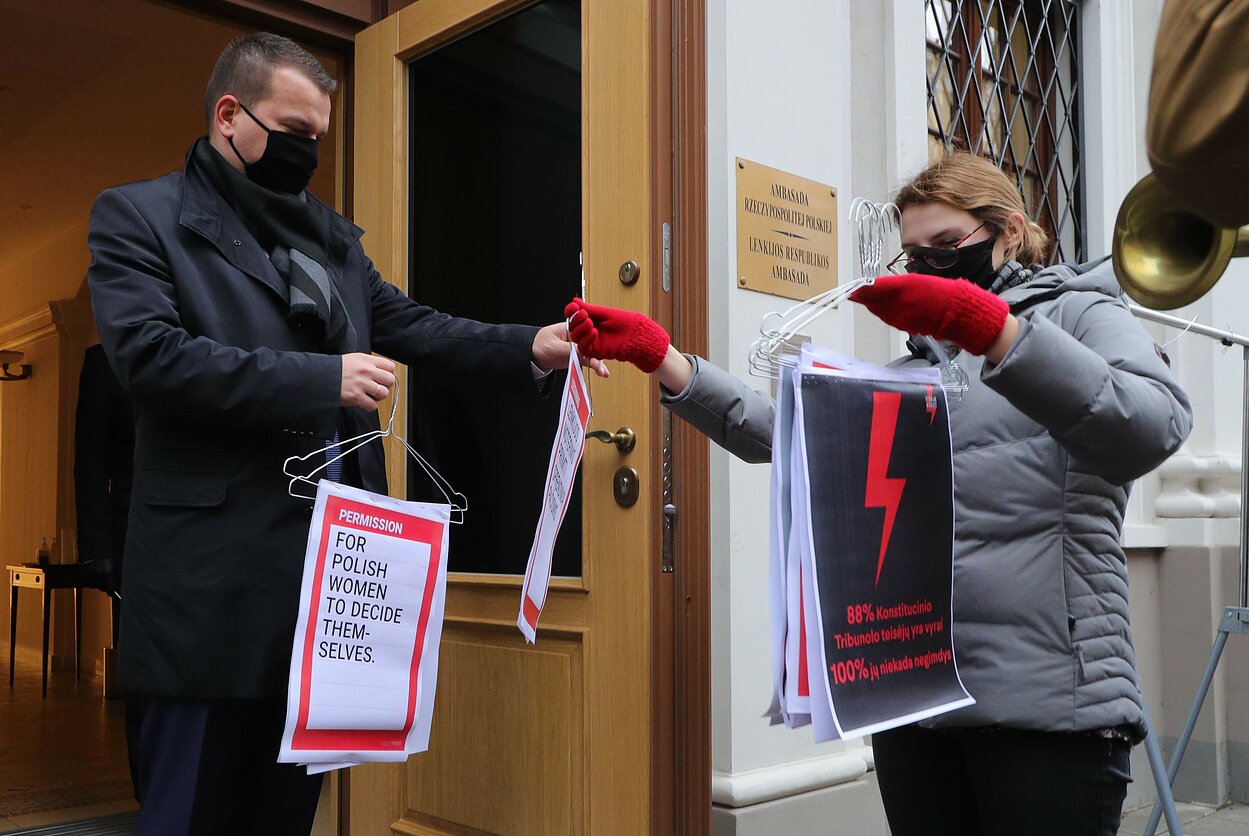 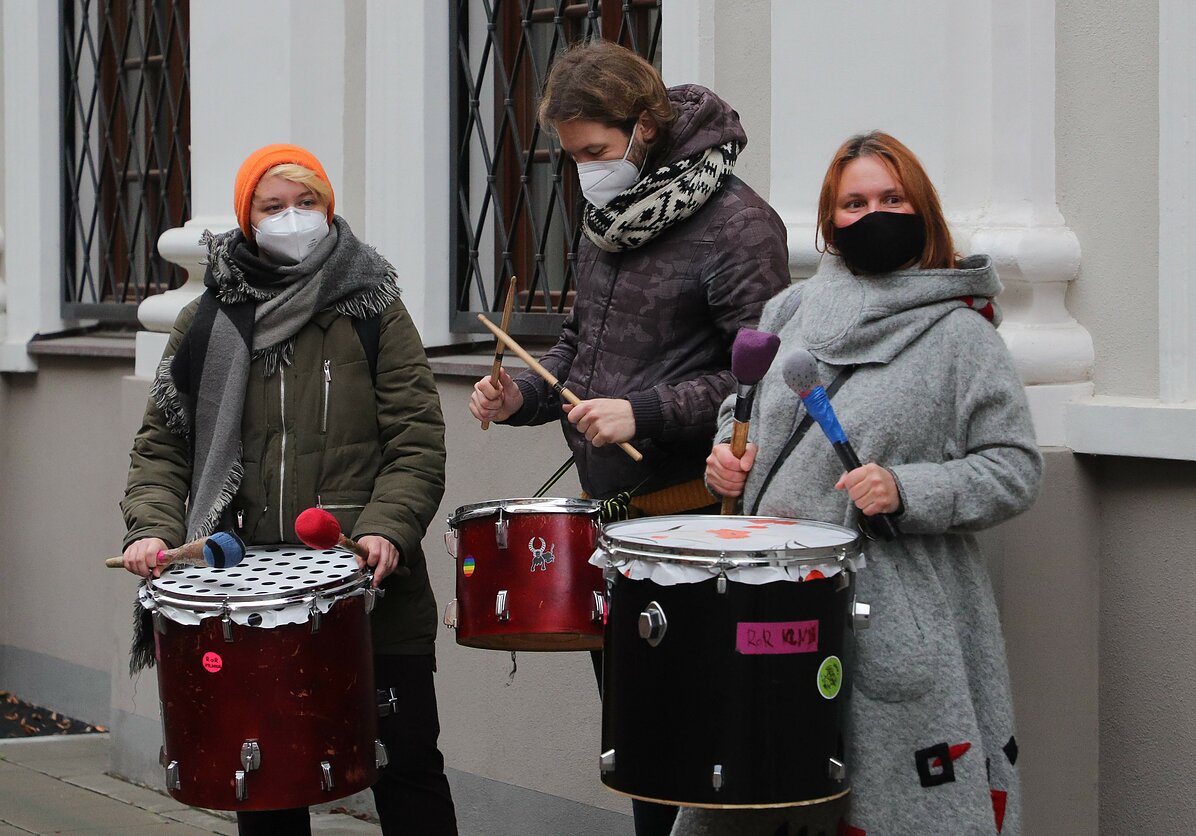 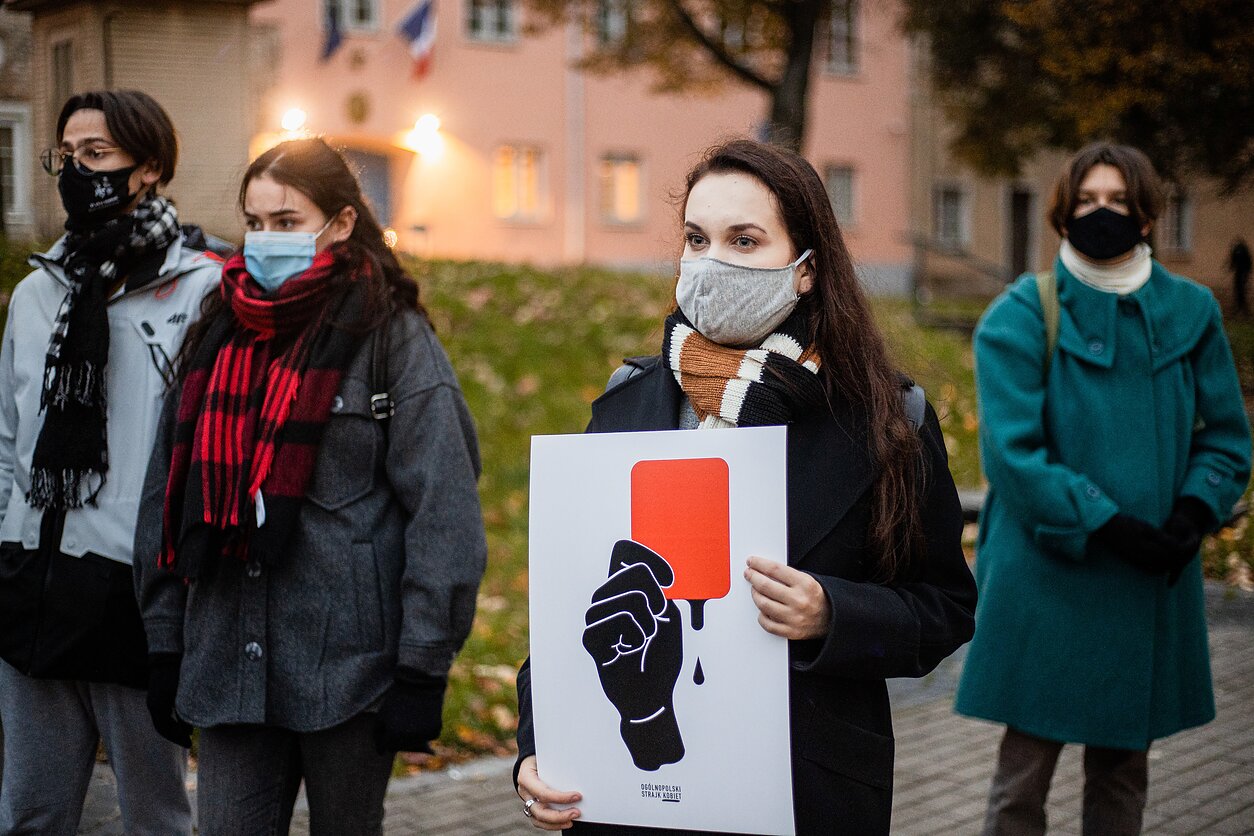 Protest in Vilnius in solidarity with women in Poland, October 2020.
6 / 8J. Stacevičius/LRT 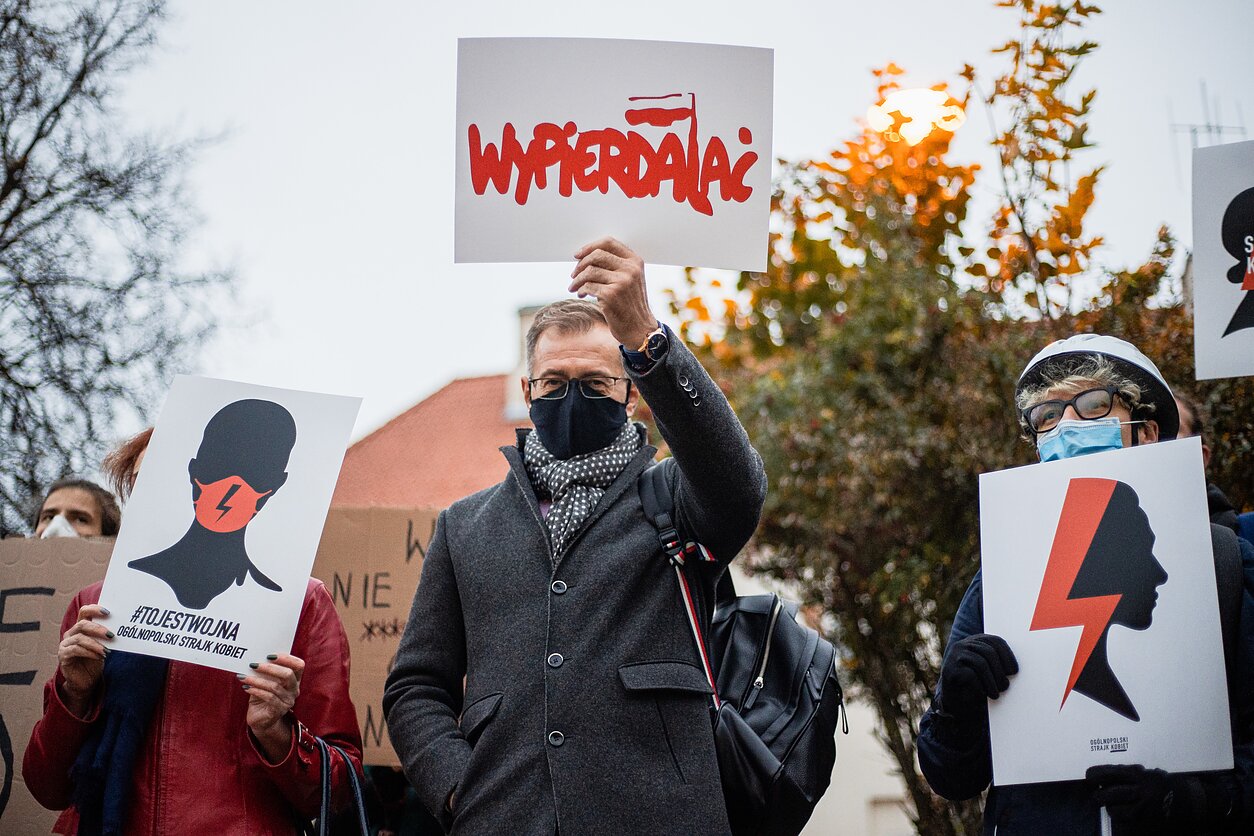 Protest in Vilnius in solidarity with women in Poland, October 2020.
7 / 8J. Stacevičius/LRT 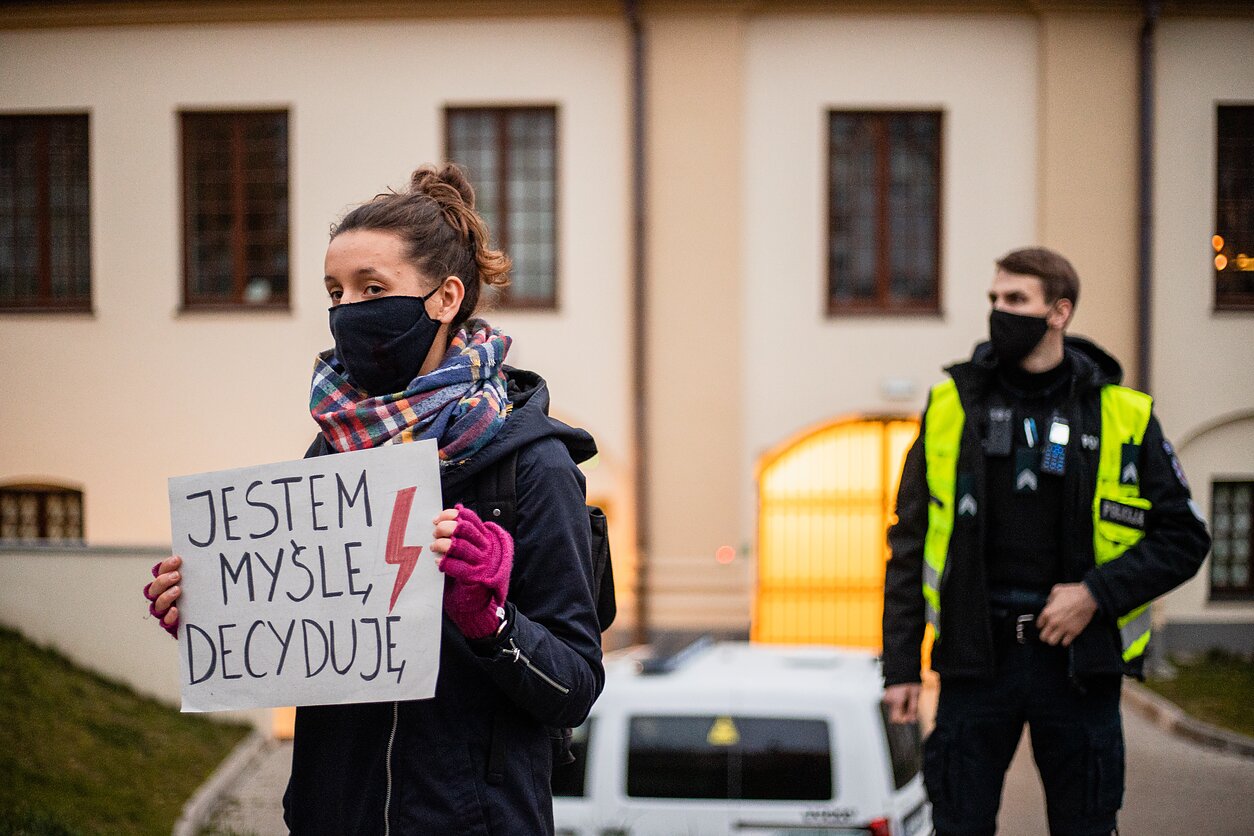 Protest in Vilnius in solidarity with women in Poland, October 2020.
8 / 8J. Stacevičius/LRT