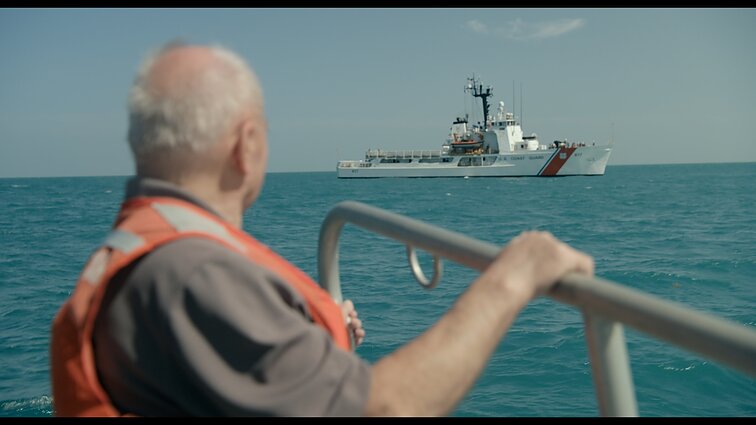 November 23, 1970, was supposed to be a relatively ordinary day for the US coast guard cutter Vigilant, but the day's events would soon involve Richard Nixon, lost careers, and a daring escape. Emerging Europe, partners of LRT English, recall the events depicted in a new film The Jump.

That morning, the cutter was carrying a five member delegation from the New Bedford fishing industry to meet with a Soviet delegation aboard the Sovetskaya Litva [Soviet Lithuania] in order to discuss the fishing of the yellowtail flounder, a staple of the northeastern Atlantic that was in danger from overfishing.

But that same day, a Lithuanian-born sailor, Simas Kudirka, decided that he would make a daring attempt to defect from the Soviet Union to the United States. He would quite literally jump ship, clearing the three metre gap between the Litva and the Vigilant in order to escape.

To say that Kudirka was unsatisfied with his life – both in Soviet-occupied Lithuania and aboard the Litva – would be an understatement. According to one biography, in 1948 Kudirka refused to turn in his cousin, who had been fighting against the Soviets from the woodlands near his village.

This had serious repercussions on his later life. Kudirka joined the Lithuanian fishing fleet as a radio technician and operator, mostly in a bid to escape the hard life in Lithuania following the war and the arrival of the Soviets. But his punishment for refusing to snitch never really ended. 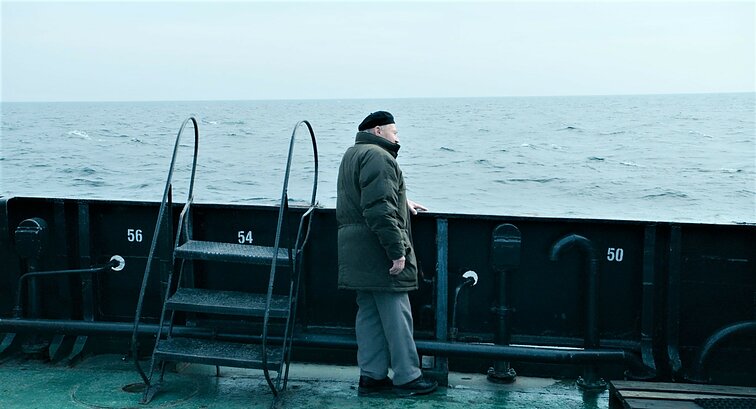 The radio technician’s job was a good one, when they let him do it. Mostly, he cleaned toilets. And whenever the Litva docked somewhere, Kudirka was refused the papers and the passport that would have let him take shore leave.

Kudirka decided to defect after an incident aboard the Litva while the ship was docked to Vigilant. Sailors on both ships began greeting each other and tossing cigarettes and other items to one other. Among those items were some American magazines that two crewmen quickly grabbed and hid in their coats. However, they were seen by the ship’s political officers who quickly remarked to another that “those two will never go to sea again”.

“We were victims – all of us. We were trapped on a floating jail. The idea of jumping to the American ship flashed into my mind out of nowhere.”

“I heard those words and inside I blew up. They would be booked on voyages and then taken off at the last minute by border police without ever knowing why. They would always be threatened with the loss of their right to work. And for what? In the instant they picked up those magazines, their lives melted into mine and mine melted into meaninglessness,” Kudirka would later write. “We were victims – all of us. We were trapped on a floating jail. The idea of jumping to the American ship flashed into my mind out of nowhere.”

By 11:00, his mind was firmly made up. He would seek political asylum aboard the Vigilant. Kudirka had a wife and two children in Lithuania, and he had hoped that after a a couple of years, he could bring them over to the United States too.

Aboard the Vigilant, Lieutenant Douglas Lundberg, the operations officer, was leaning against the rail of the bridge wing. He was only a couple of metres away from the main deck of the Litva, on which he spots a man with short black hair, in his forties.

Over the next few hours, before Kudirka had even stepped on the decks of the Vigilant, the Litva’s commander, Ralph W Eustis, would try to figure out what the coast guard should do with a defector, if and when he managed to come on board. 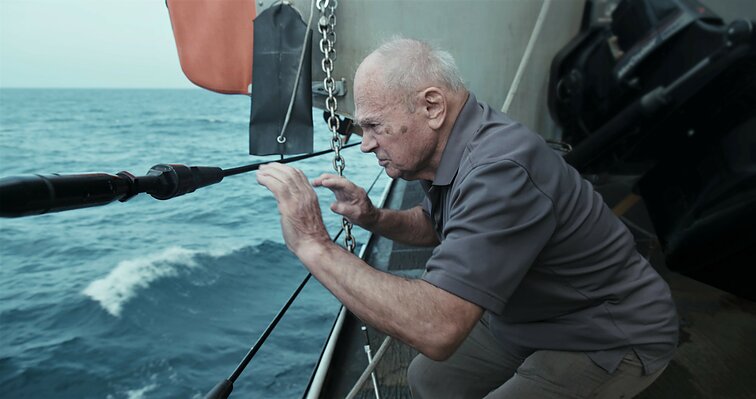 A coded message is sent to coast guard headquarters, to Captain Fletcher W Brown Jr, chief of staff of the Coast Guard First District. He then confers with Rear Admiral William B Ellis, who was at home at the time, recovering from a hernia operation.

Admiral Ellis insists that Kudirka should be returned to the Soviets, if they ask for him.

“If we allowed the Vigilant to be used as a haven under that circumstance, if we went on this way we would never be able to have meaningful meetings again with these people,” the Real Admiral told a coast guard board of investigation two weeks later.

But one thing he did not tell the investigators, and only revealed much later to Algis Rukšėnas, the author of Day of Shame, a book about the events, is that he felt Kudirka would be, if he defected, a maritime criminal.

“He’s a deserter no matter what he is,” Admiral Ellis said.

During the day, before Kudirka yet made his jump, there was much back and forth between the coast guard and the US State Department. In the end, Edward L Killham, serving as an officer in charge of bilateral matters in the office of Soviet Union affairs at the State Department, advises Captain Dalhgren, the intelligence officer at coast guard headquarters to treat the event as a search and rescue.

He does not tell him to hold on to the defector, until told otherwise by the State Department. He told the investigation board he still finds it hard to believe that things ended up the way they did.

Around 16:30 Simas Kudirka finally makes his jump. He lands beneath the port-side lifeboats, goes up the stairs and opens a hatch. And he runs into Ivan Burkal, the acting commander of the Litva.

With the fishing discussions over, a small group of Soviets, Burkal included, had been touring the Vigilant. Kudirka runs away from Burkal, and proceeds to the ship’s bridge. At first, it seems things are looking good for Kudirka, as the men on the ship pat his back and cheer. Lundberg moves him to the watchstander’s head, a small bathroom, to keep him from view of the Soviet delegation still on the ship. 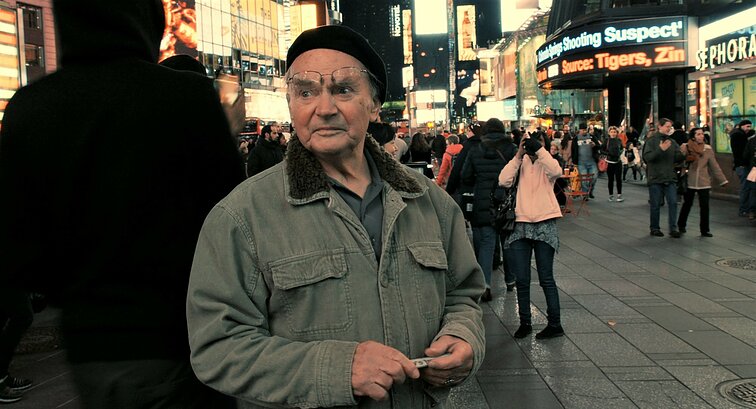 Over the next few hours, Commander Eustis would speak to Captain Brown, and Captain Brown would speak again to Admiral Ellis. In the end, the attempts of Eustis and Brown to get hold of the State Department would prove futile. Admiral Ellis’ orders are simple and clear — return Kudirka to the Soviets.

By this time, the Litva had intercepted some of the communications, and sent an official note asking for Kudirka. This is where Kudirka’s fate was sealed.

A couple of hours later, three Soviet officers and three crewmen would come aboard the Vigilant and bring Kudirka back, kicking and screaming. Despite an attempt to elude them by running away and pretending to have fallen into the sea, he is recaptured, wrapped in a blanket and tied down. Eventually, a lifeboat was used to return him to the Litva.

All of this went on as the crew of the Vigilant, including Commander Eustis, watched.

A couple of hours later, three Soviet officers and three crewmen would come aboard the Vigilant and bring Kudirka back, kicking and screaming.

Massive fallout ensues from the event, with Lithuanian Americans protesting in Boston, Washington, and Cleveland. The story quickly goes national and lands on the front pages of the The New York Times. President Richard Nixon himself declares outrage at the return of the defector and orders an investigation at the State Department.

In the end, Captain Brown and Admiral Ellis would be forced into retirement following the investigation. Commander Eustis was stripped of his command, for allowing foreign nationals to use force on a United States vessel.

Of course, it was Kudirka who fared the worst in the aftermath. Having been returned to the Soviet Union, he was sentenced to ten years in prison. First at Potma prison in Moldova, where he attempts to alert the West to the state of the Soviet prison system by staging a series of protests, hunger strikes, and work stoppages.

Because of this, he is then sent to a special correctional work institution in the Perm region where in winter temperatures fall to minus 60 degrees Celsius.

Kurdika was not there long. A Lithuanian emigre living in New York had discovered in 1973 that Kudirka’s mother was actually born in the city. This meant Kudirka could now claim American citizenship. The State Department decided to take up the case and ask for Kudirka to be released from prison. 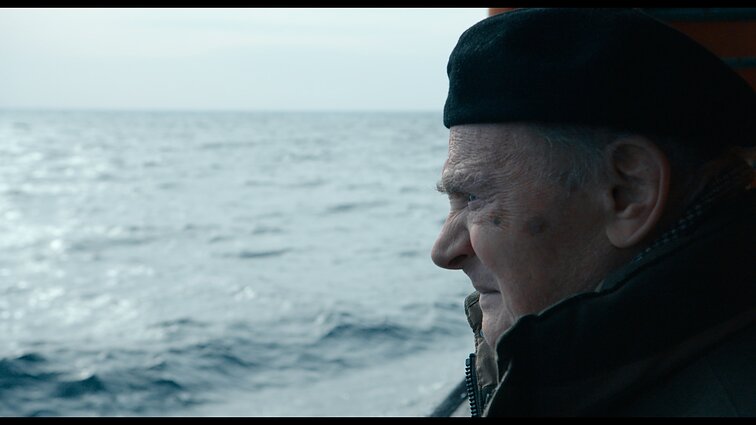 While the Soviet authorities would not hear of it at first, following demands from senators and congressmen and the personal intervention of Henry Kissinger, Kudirka was released on August 23, 1974.

Two months later, on November 5, he and his family flew out of the Soviet Union, and landed in New York. Eventually, Kudirka would move to Los Angeles where he managed a building in Santa Monica.

In 2002, he returned to, by now independent, Lithuania.

Today, 90-years-old, Simas Kudirka is the subject of The Jump, a documentary by filmmaker Giedrė Žickytė which won the first prize in the Best Documentary Feature category at the International Warsaw Film Festival.

Containing eye-witness reports, rare archival footage, and dramatic re-enactments featuring Kudirka himself, the documentary will no doubt help to ensure that this stranger-than-fiction story will not be forgotten any time soon. 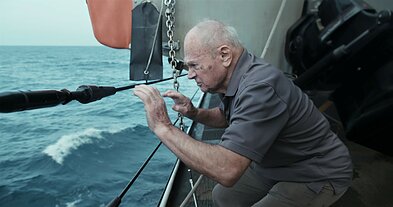 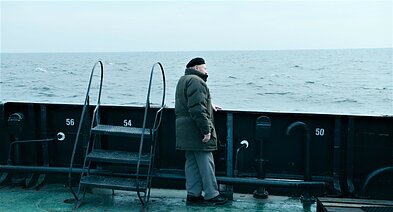 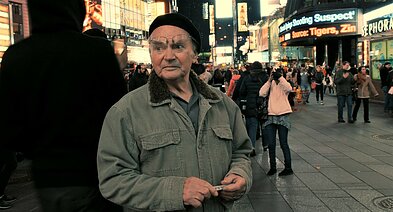 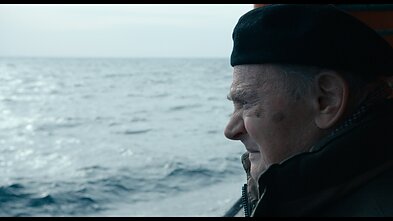 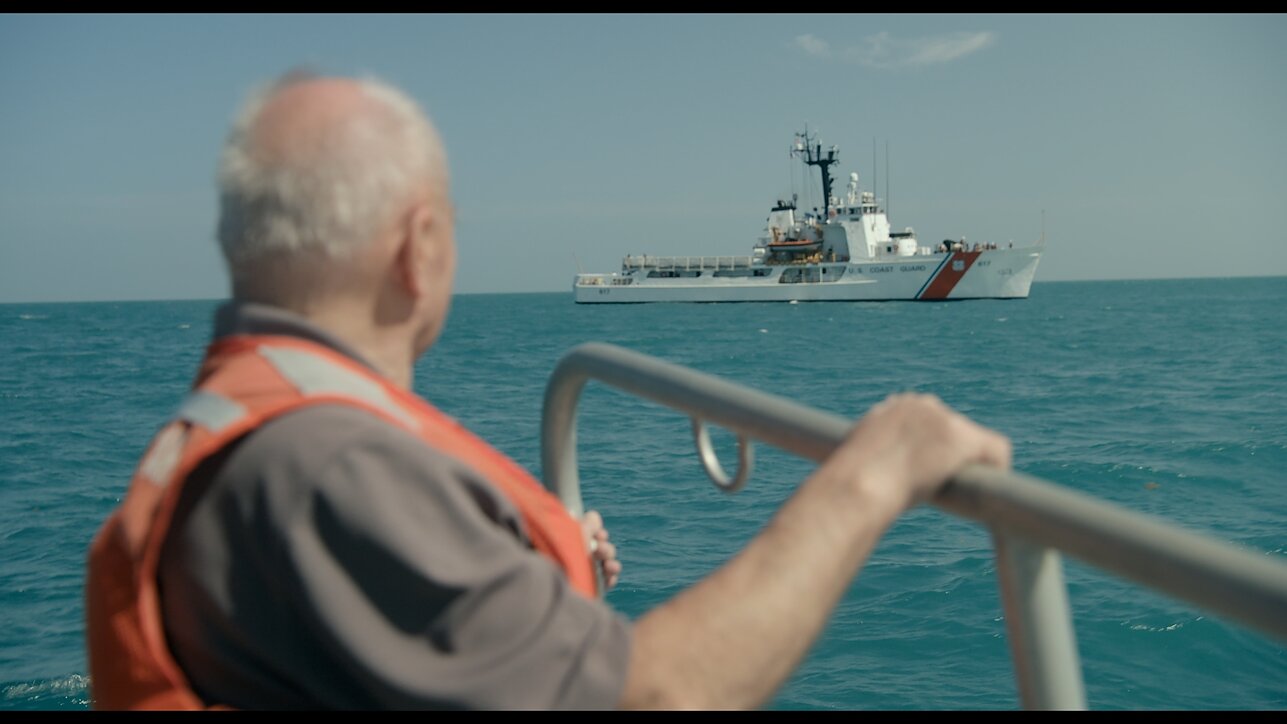 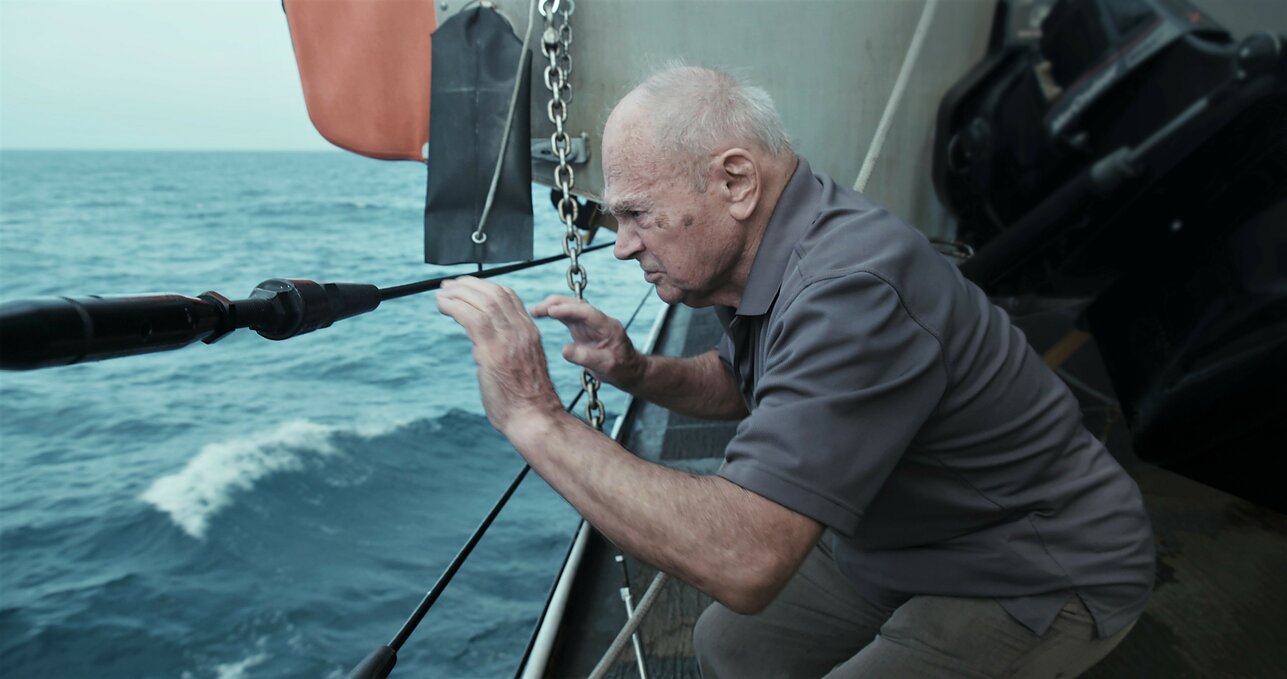 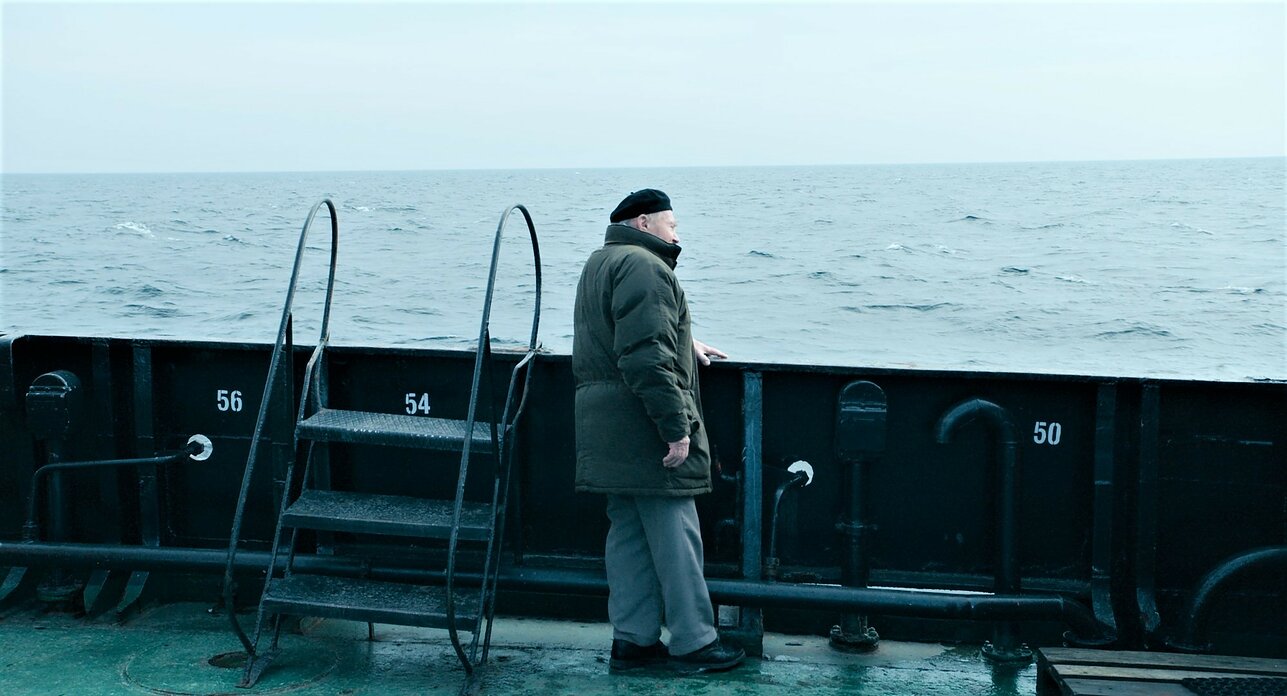 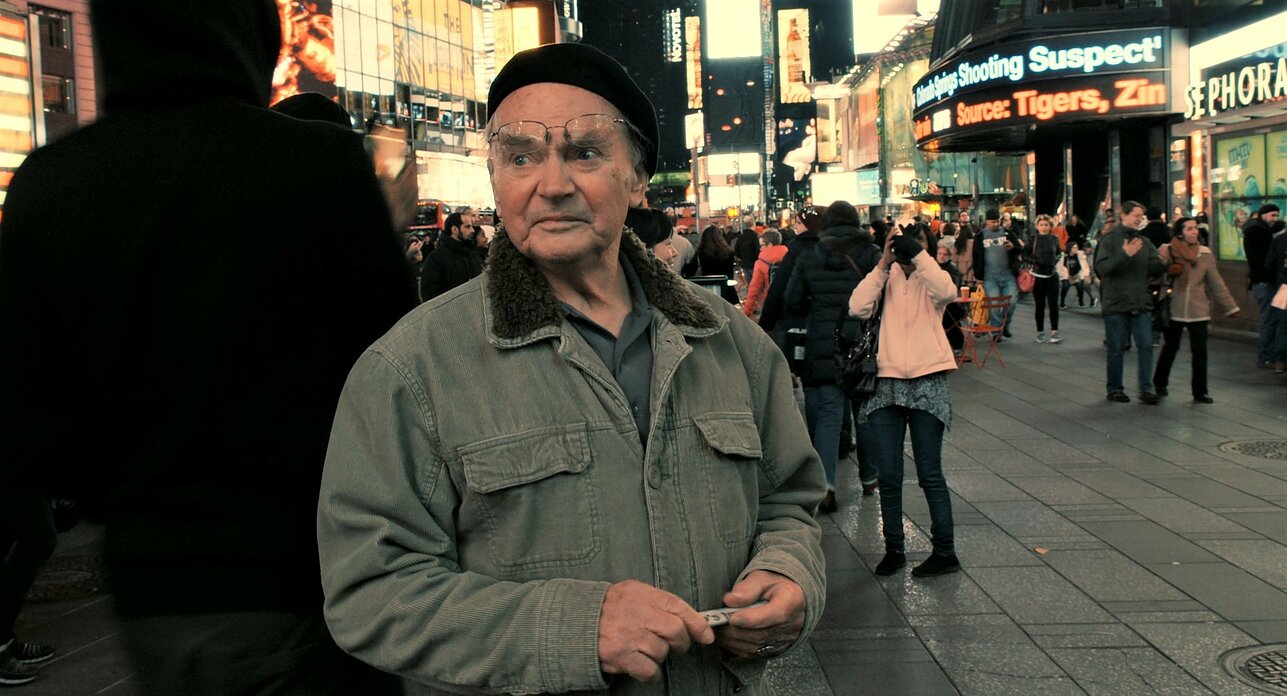 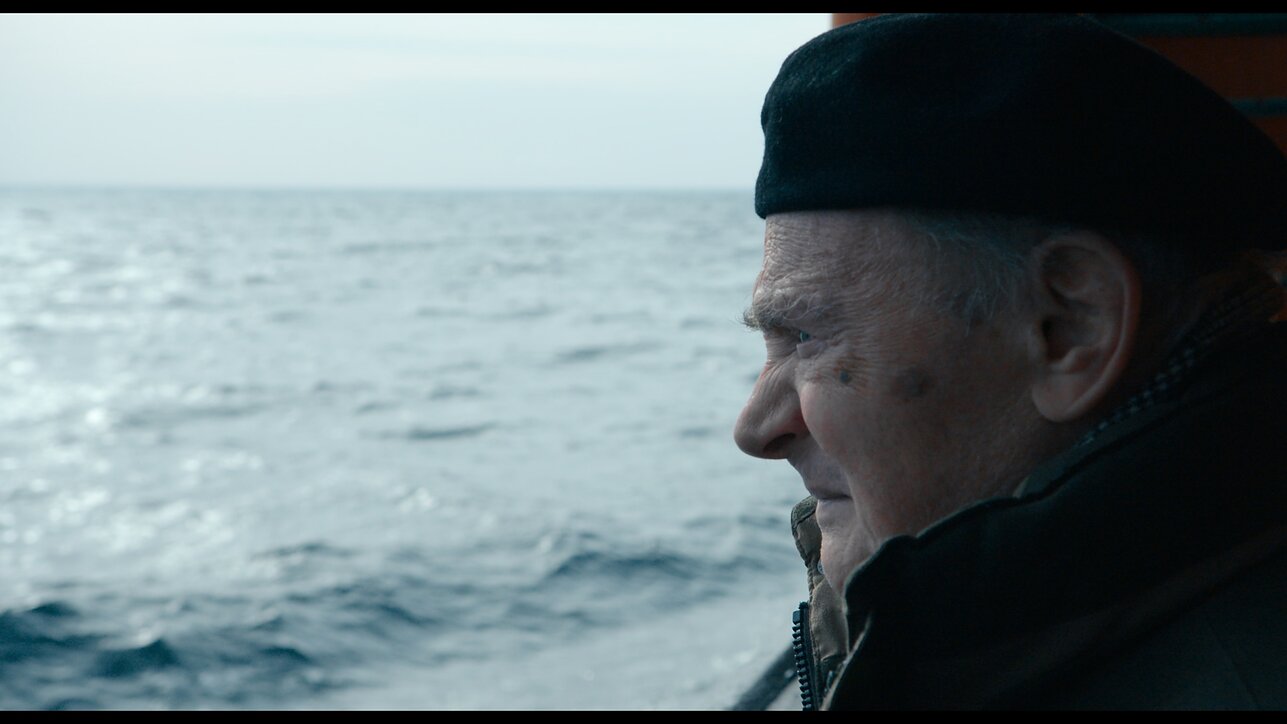 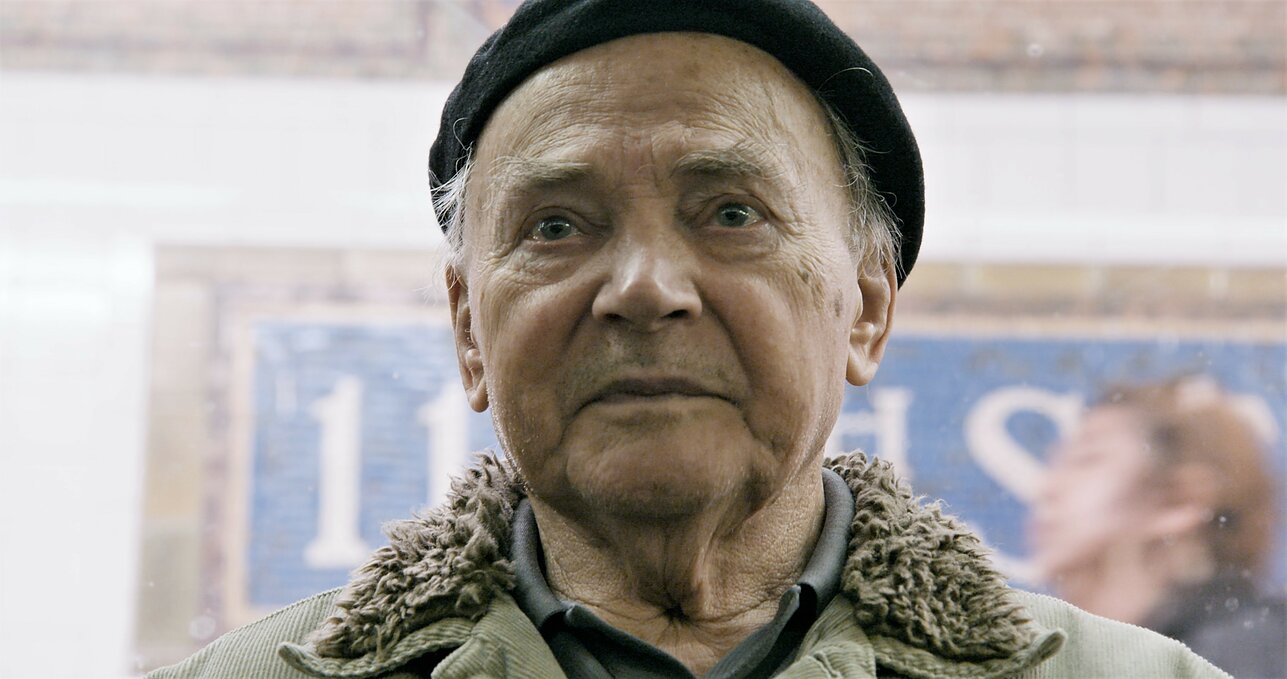