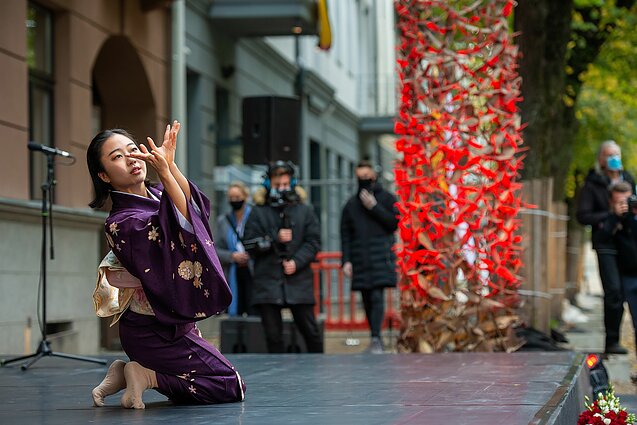 A monument to Chiune Sugihara, a Japanese diplomat who saved thousands of Lithuanian Jews by issuing them visas during World War Two, has been unveiled in Kaunas.

The sculpture, designed by Martynas Gaubas, depicts origami cranes that, he says, symbolise freedom. An inscription, in Lithuanian, Japanese, English and Yiddish, reads “Whoever saves a life, saves the world”.

“It may seem that the terrible events that happened long ago in the past have nothing to do with us, [...] but there is always the possibility, the spikes come out and we should be vigilant,” Gaubas said.

The monument was built outside the Metropolis Hotel, which is where Sugihara was working after the Japanese Consulate was closed down. Until his very last minutes in Kaunas, he was issuing transit visas and is believed to have handed the last documents through a train window as it was pulling out of the station.

The visas allowed Jewish people to leave Europe and saved about 6,000 lives. 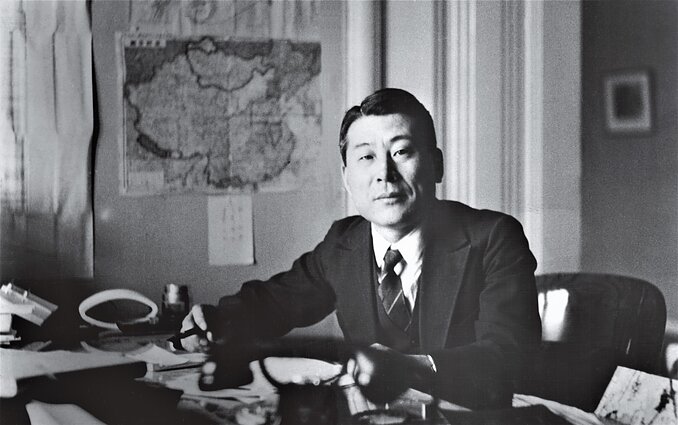 During the unveiling ceremony on Saturday, Lithuanian President Gitanas Nausėda said Sugihara set an example of humanity and moral integrity.

“We must defeat not just the coronavirus, but also the diseases of antisemitism, national, racial and religious hatred,” Nausėda said. “We must support our close neighbours and people in distant lands who are fighting for their dignity and freedom.”

Lithuania has dedicated the year 2020 to Sugihara, celebrating the 80th anniversary of his activities in Kaunas.

The city has previously installed a light installation on its central Laisvės Avenue in tribute to the Dutch Honorary Consul Jan Zwartendijk. In 1940, he issued about 2,400 visas for the island of Curaçao to Jews fleeing Poland in Lithuania. These visas were the basis for Sugihara to issue transit visas for Japan. 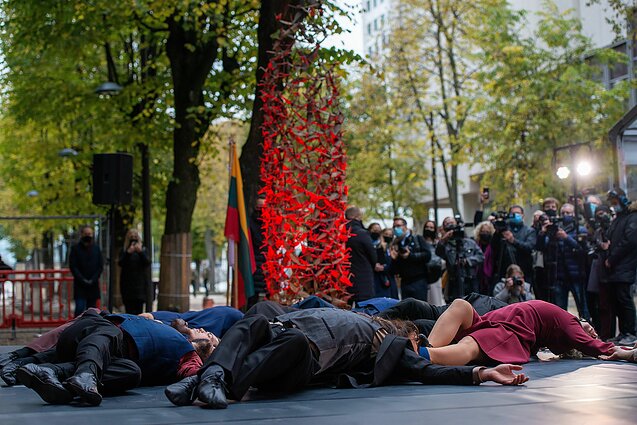 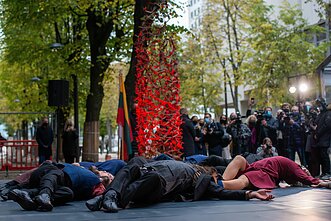 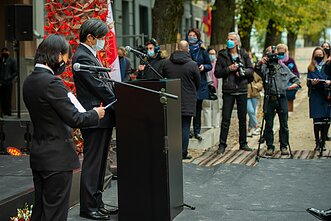 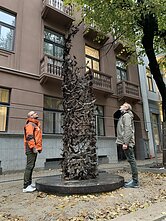 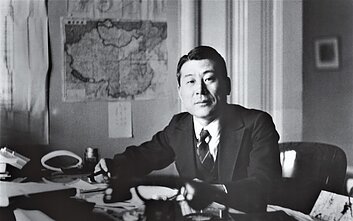 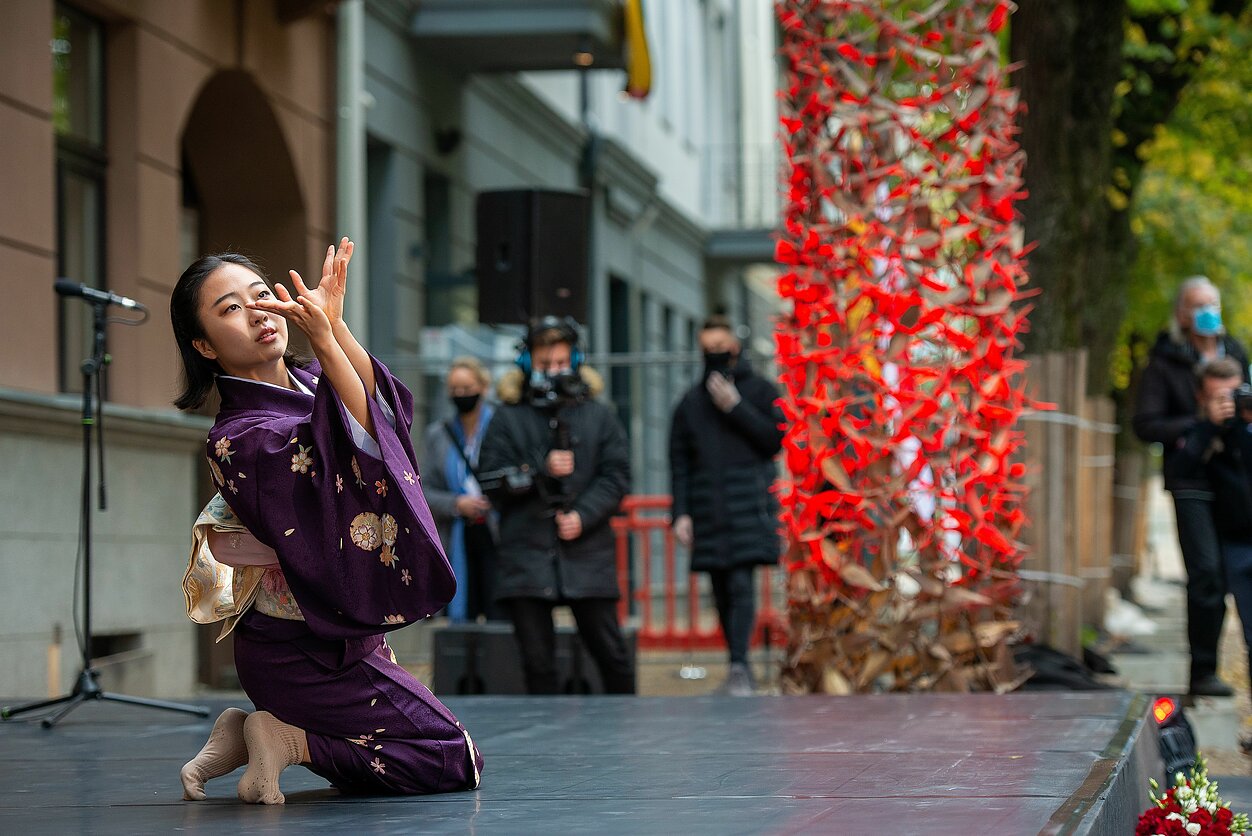 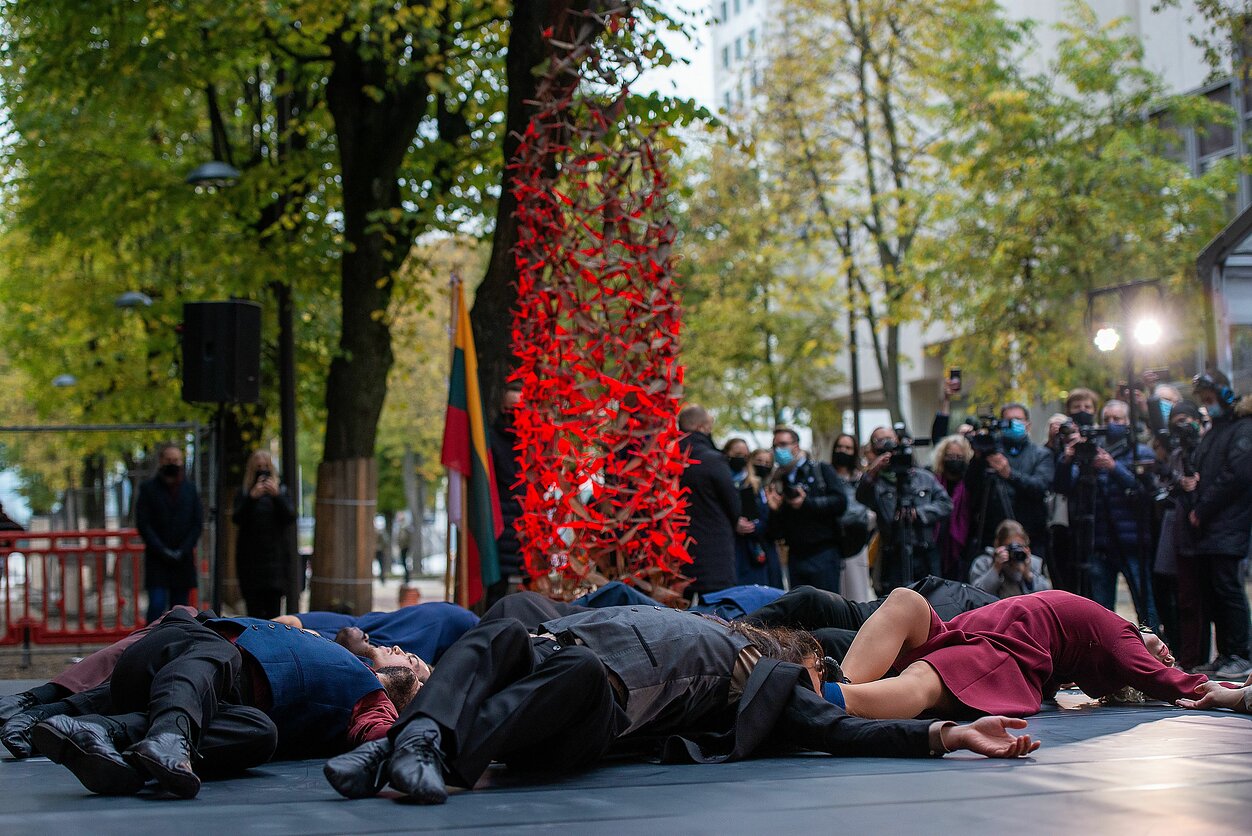 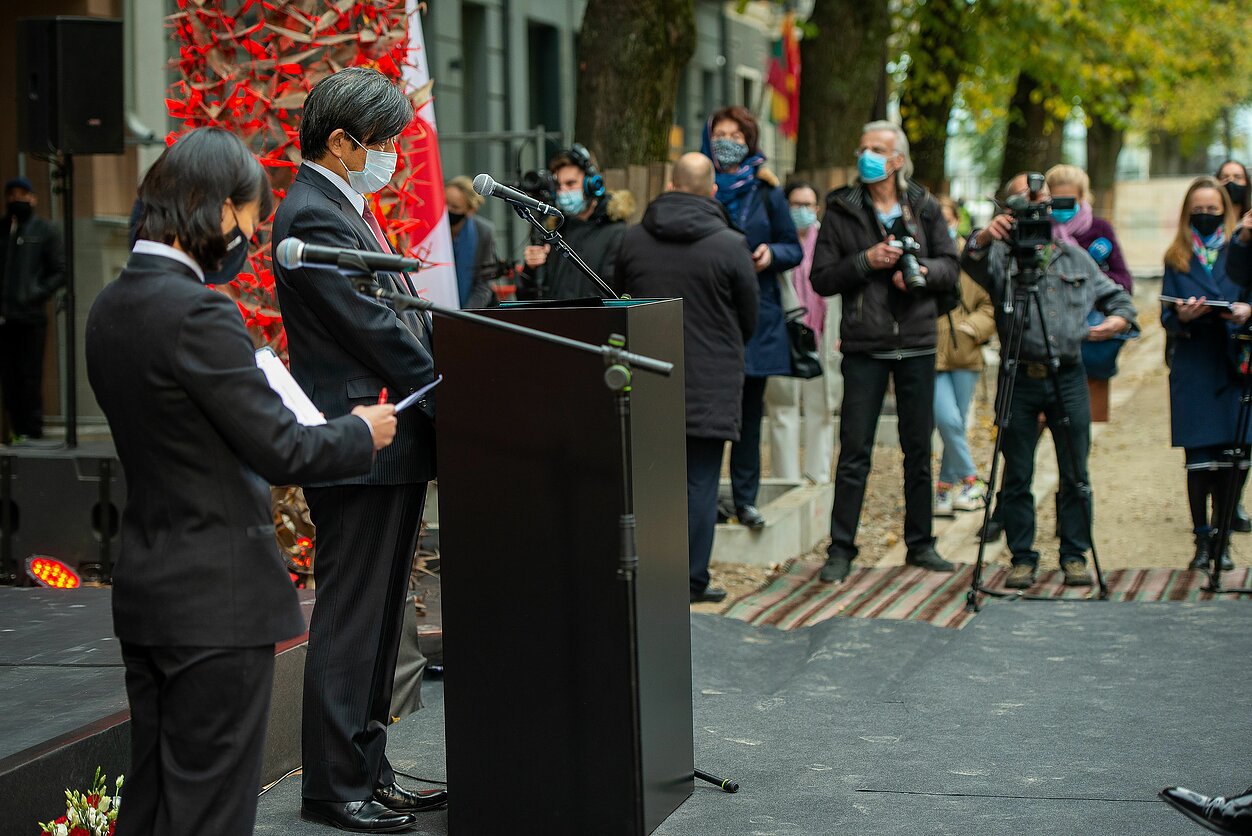 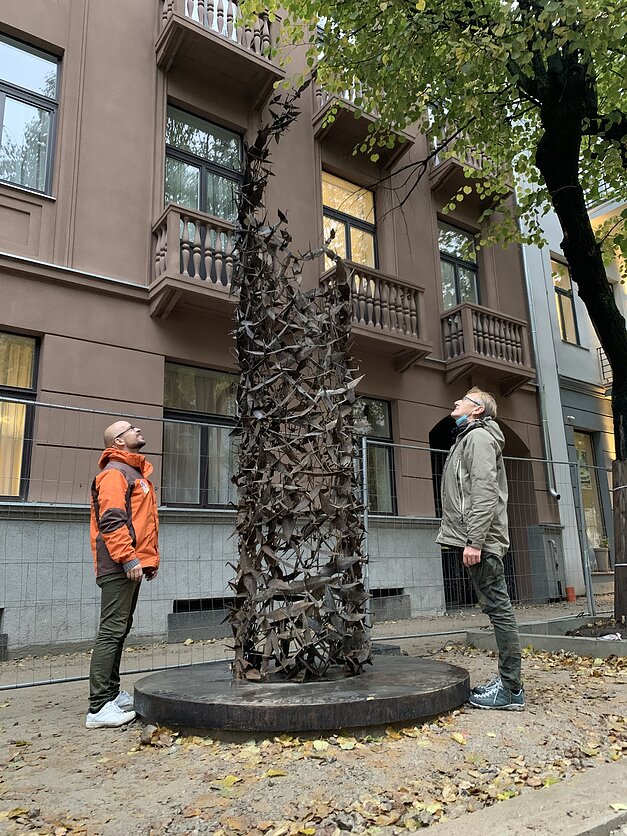 Installation of the monument to Chiune Sugihara in Kaunas
4 / 5Artkomas 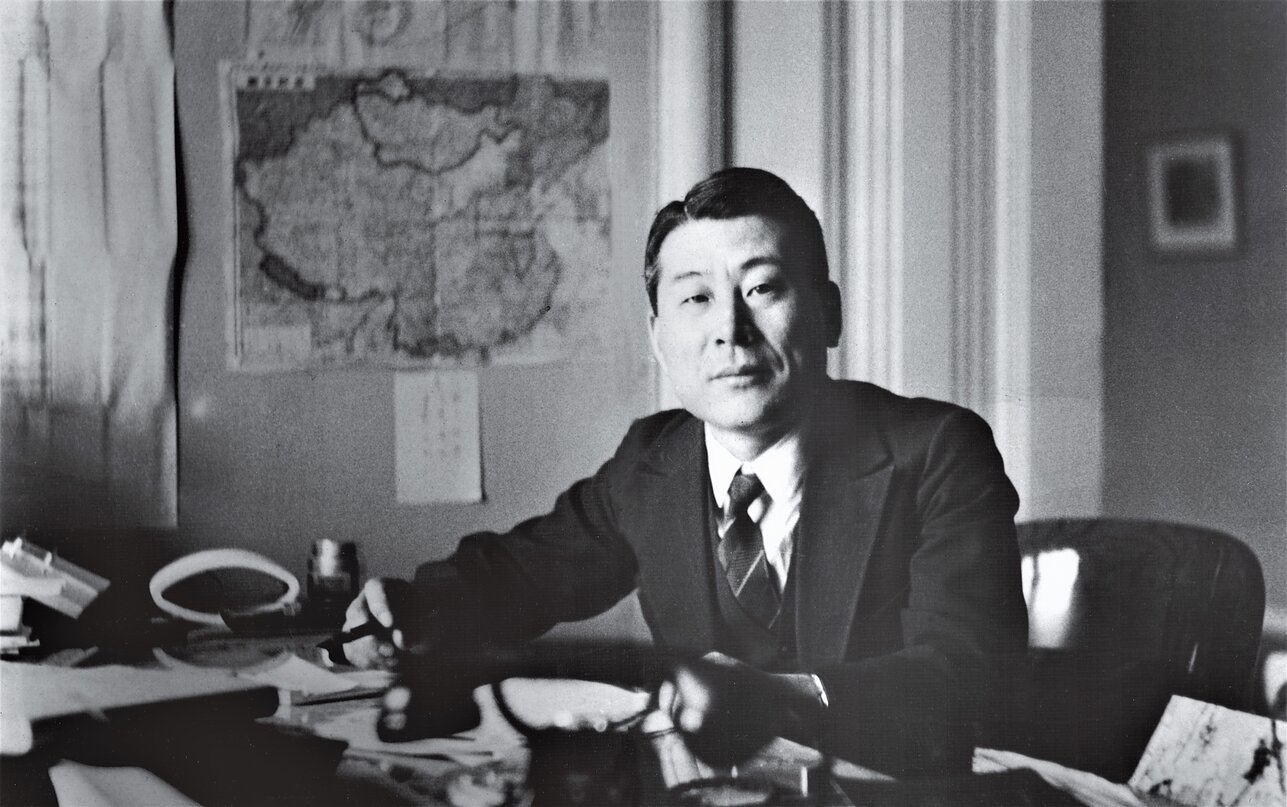