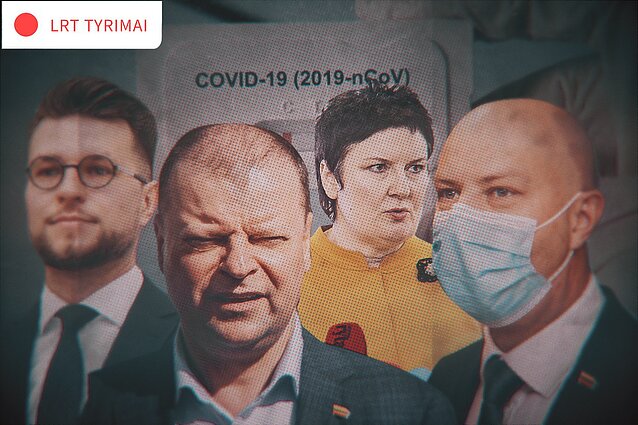 At the onset of the coronavirus pandemic, Lithuania moved to acquire half a million rapid Covid-19 tests. Now, the deal is under a criminal investigation, while the tests themselves, bought at exorbitant prices, stay unused.

The case has already led to the resignation of the country’s Health Vice Minister Lina Jaruševičienė, but LRT Investigation Team has found that Prime Minister Saulius Skvernelis and his team were involved in pushing through the deal to buy the tests from a previously unknown intermediary at three times their market price.

On March 18, two days after Lithuania declared a nationwide quarantine, the Prime Minister’s Office and the Health Ministry were exchanging emails about purchasing rapid Covid-19 tests for 6.05 million euros. The process of negotiations was not public, the secrecy justified by expediency and the extreme urgency of the situation.

The following day, the deal was signed with a company called Profarma that had previously had only one public procurement contract with the government. The Government immediately transferred more than six million euros to the company’s bank account, from where the money then went to a newly established firm under the name of Bona Diagnosis.

The latter was responsible for paying the Austrian producer Ameda Labordiagnostik for supplying the tests. But the Austrians were paid only around 1.5 million euros. 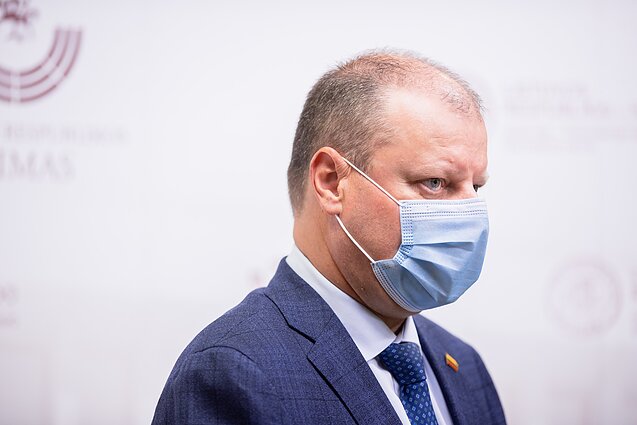 According to the information available to LRT, Profarma itself reached out to the government office with an offer to sell rapid Covid-19 tests. On March 16, Mištinienė and Laukys were invited to the Prime Minister’s office and met with Jonas Kairys, the prime minister’s health adviser. (Mištinienė could not take part in the meeting, because she had returned from abroad and was subject to quarantine restrictions.)

Profarma offered to supply express tests, even though at the time it did not have any contracts with producers. Kairys confirmed that the company’s representatives were not able to say where the tests would come from at the meeting.

Nevertheless, the deal with Profarma was approved two days later. LRT acquired copies of emails showing that instructions for the Health Ministry to sign the contract came from the prime minister’s economic adviser Lukas Savickas on behalf of PM Saulius Skvernelis.

“Today, the PM informed us that the decision was made to make the deal for the purchase of rapid tests. We outline our expectations,” read the email sent by Savickas to Health Vice Minister Jaruševičienė on March 18.

On March 18, the government also held a sitting that included discussions on the “distribution of funds” to address the pandemic.

According to the meeting’s minutes, cabinet ministers unanimously approved dedicating 30.6 million euros for the effort. Around 16.6 would go to buying personal protective equipment for medical workers, while some of the money would be used to buy rapid Covid-19 tests as “an additional measure” of diagnostics, PM Skvernelis told reporters after the sitting.

On the same day, Health Vice Minister Jaruševičienė emailed the National Public Health Laboratory (NVSPL) – which was to handle the purchase – instructing to prepare the contract immediately. On March 19, the deal with Profarma was signed.

LRT asked Skvernelis why the decision to buy rapid Covid-19 tests was made by his office and not the Health Ministry.

“The Prime Minister is following the Constitution and the Law on Government that outline his powers. Among them is a right to pass [quick] decisions […] that are necessary for organising government operations,” Tomas Beržinskas, an adviser to Skvernelis, wrote in response.

He also noted that, at the onset of the pandemic, “the prime minister’s orders were aimed at swiftly acquiring all the necessary equipment”, including testing supplies. 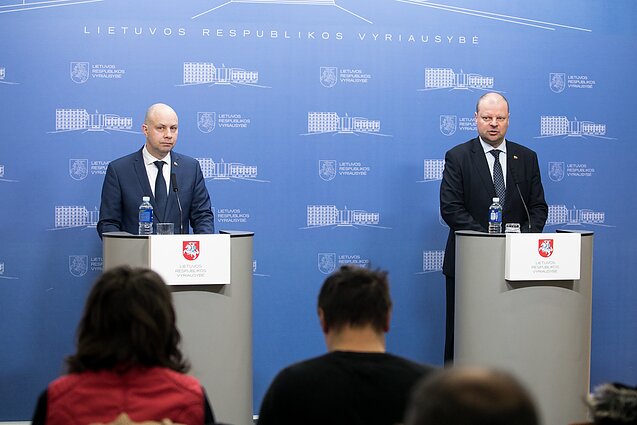 Who ordered the purchase?

Speaking to LRT, the prime minister’s health advisor Kairys said he was surprised that the contract with Profarma was signed after an authorisation via email.

“When an authorisation is made, it has to be based on protocols from a working group meeting. […] There were no protocols, no working groups, so such an order could not be made,” Kairys said.

The prime minister’s economic adviser Savickas (he has since become a government vice chancellor), who wrote the email, said the decision to buy rapid tests was made in different working groups, but he could not name them definitely. He mentioned logistics and medical experts’ groups as possibilities, but both of them were formed after the deal.

“The discussions about purchasing rapid tests happened inside the Prime Minister’s office, as well as with external experts. Let me remind you that the situation was extraordinary, and we couldn’t afford to follow bureaucratic procedures and set up a working group,” Savickas corrected his response to LRT later.

He added that he considered offers from different companies, including Profarma which was not given preferential treatment. Still, Savickas did not provide the names of the other firms, quoting privacy regulations.

The Health Ministry refused to comment on an ongoing pre-trial investigation. 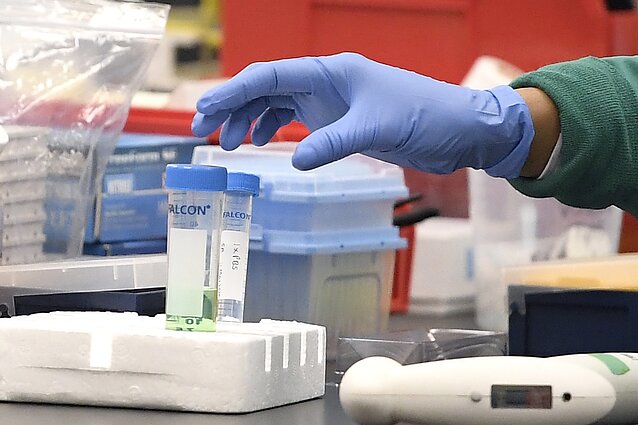 Money transfer through a new company

Public documents showed that Profarma made the official offer to the NVSPL on March 19, the same day that the contract was signed.

Profarma’s offer said the rapid tests would be delivered in several phases, although the buyer had to pay the entire sum upfront.

“It was our main condition, because suppliers refused to even negotiate without an upfront payment,” Profarma director Mištinienė told LRT.

Simona Kalvelytė, an administrative specialist at NVSPL, said that the transfer of 6.05 million euros was on March 19 and should have reached Profarma’s bank account the following day.

According to the information acquired by LRT, however, a significant part of the money was then immediately transferred to the consultancy firm Bonus Diagnosis which had been set up only two days prior. Profarma’s Chief of Operations Laukys was made the new company’s manager a week later.

Mištinienė explained that Bonus Diagnosis was needed to help with logistics and coordination amid the pandemic. Through the new company, Profarma got in touch with Ameda Labordiagnostik that supplied the rapid tests.

LRT was able to confirm that Ameda was only paid just over 1.5 million euros for the tests. The whereabouts of the remaining 4.5 million euros is being investigated by Lithuania’s law enforcement.

Government did not talk to other suppliers

Having purchased 510,000 rapid tests from Profarma, the government paid around 12 euros per unit.

Gerald Herfort, the manager of Ameda Labordiagnostik, told LRT that distributors of their products act independently and themselves decide how to price them.

Another Lithuanian seller of Ameda’s rapid tests, Pro Aris, has offered to sell them for under 4 euros, according to its representative Lina Mecelicienė.

In fact, Pro Aris signed a deal with the Lithuanian Defence Ministry for 15,000 tests at 3.63 euros per unit. Similar deals were made with several hospitals in the country.

Mecelicienė told LRT that she sent an offer to the Health Ministry on March 18, but did not receive any response from either the ministry or the Prime Minister’s office.

Other sellers of rapid tests in Lithuania also said that they made their offers to the government, but received no response. All offers were in the range of four to six euros per test. 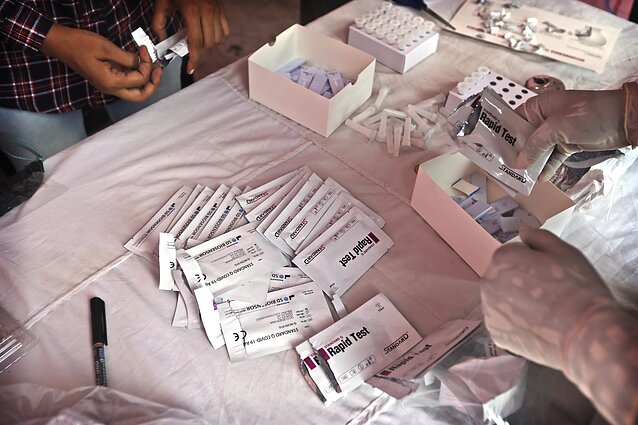 Lithuania received all the rapid Covid-19 tests purchased from Profarma by the end of May. Most of them, however, have not been used.

Henrikas Ulevičius, who took over as the head of the NVSPL since the deal, said that only around 20,000 tests had been used by the end of July.

In April, the Health Ministry ordered scientists at Vilnius University to study how efficient the rapid tests were.

In late May, the researchers concluded that they were not suitable for diagnosing acute Covid-19 infections. The rapid tests could only be used to test people at later stages of the disease or confirm previous infections.

Health Minister Veryga then said that the government had no clear idea how to use the tests. 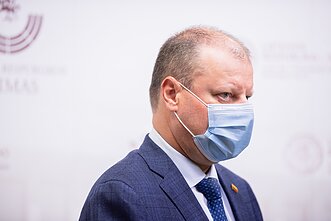 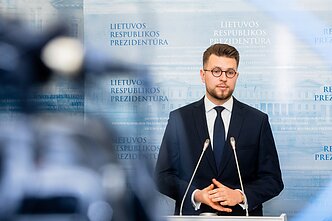 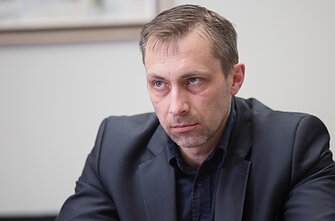 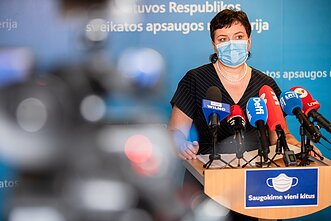 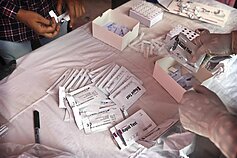 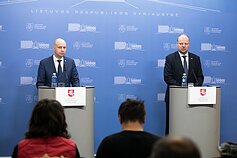 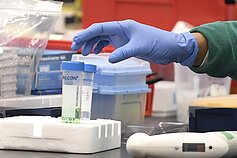