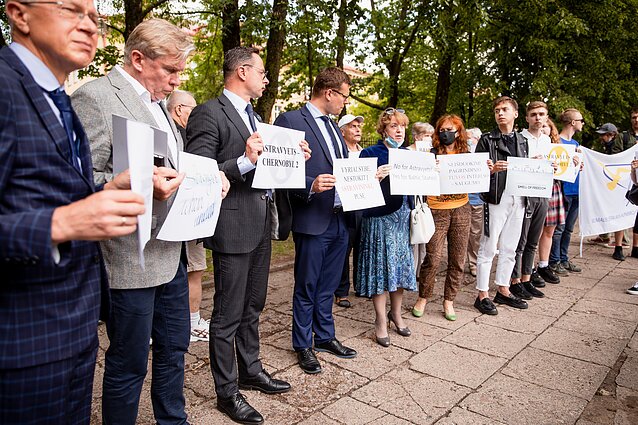 Several Lithuanian MPs protested outside the Latvian embassy in Vilnius on Tuesday, urging the country to back a joint Baltic boycott of Belarusian nuclear electricity.

Lithuania has long called for a joint boycott of Belarusian electricity imports once the Astravyets nuclear plant becomes operational later this year. Lithuanian officials say the plant some 50 kilometres from Vilnius is unsafe and is a tool for the Kremlin to apply pressure on Belarus and the Baltic states.

MP Laurynas Kasčiūnas from the conservative Homeland Union party said up to 15 people attended the picket. They presented an appeal to the Latvian ambassador, calling on Riga to prevent electricity from Astravyets from entering the Baltic states in solidarity with Lithuania and Estonia.

"We really have many questions on Latvia's current position," Kasčiūnas told BNS. "We urge lawmakers to take more political control."

Latvia has previously said it will consider a joint electricity boycott, but is yet to declare its position. Last week, the Lithuanian government debated an amendment to a political declaration where Latvia and Estonia would only support Lithuania’s position of not buying Belarusian electricity, but would not join its boycott. 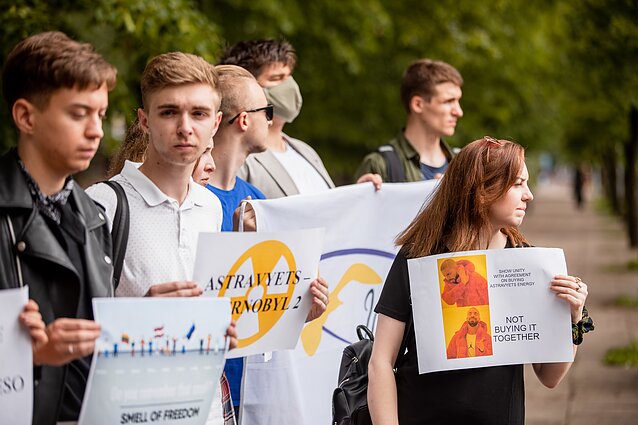 Critics say this leaves the possibility of Estonia and Latvia using Lithuanian infrastructure to import electricity from Belarus, as only Vilnius shares a direct connection with Minsk.

The Baltic states and Belarus are now connected to the same Soviet-era power grid, controlled by Moscow. Estonia, Latvia and Lithuania are gearing up to switching to a continental European system via Poland by 2025.

Vilnius now expects the European Commission to play a more active role in the talks.

The appeal was signed by MPs from the opposition Homeland Union, as well as several MPs from the ruling Lithuanian Farmers and Greens Union, an MEP, and two MPs from the non-attached political group in the Lithuanian parliament, Seimas. Youth wings of the political parties also took part in the demonstration.

Some of the MPs are part of an anti-Astravyets movement founded in Vilnius by politicians and public figures.

Meanwhile, Lithuanian Prime Minister Saulius Skvernelis said he hoped a joint decision would be found, but “breaking partners and neighbors' arms is definitely not that path, despite some proposals that we should do that”. 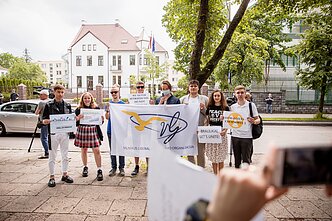 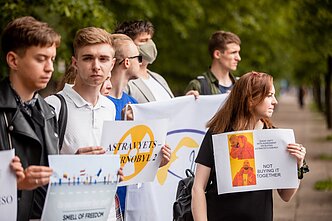 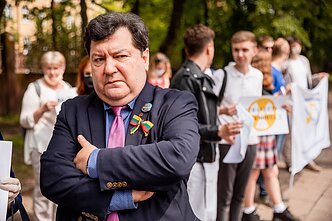 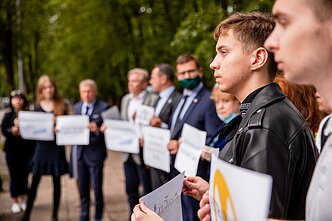 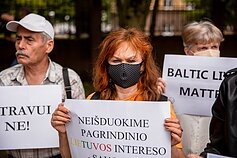 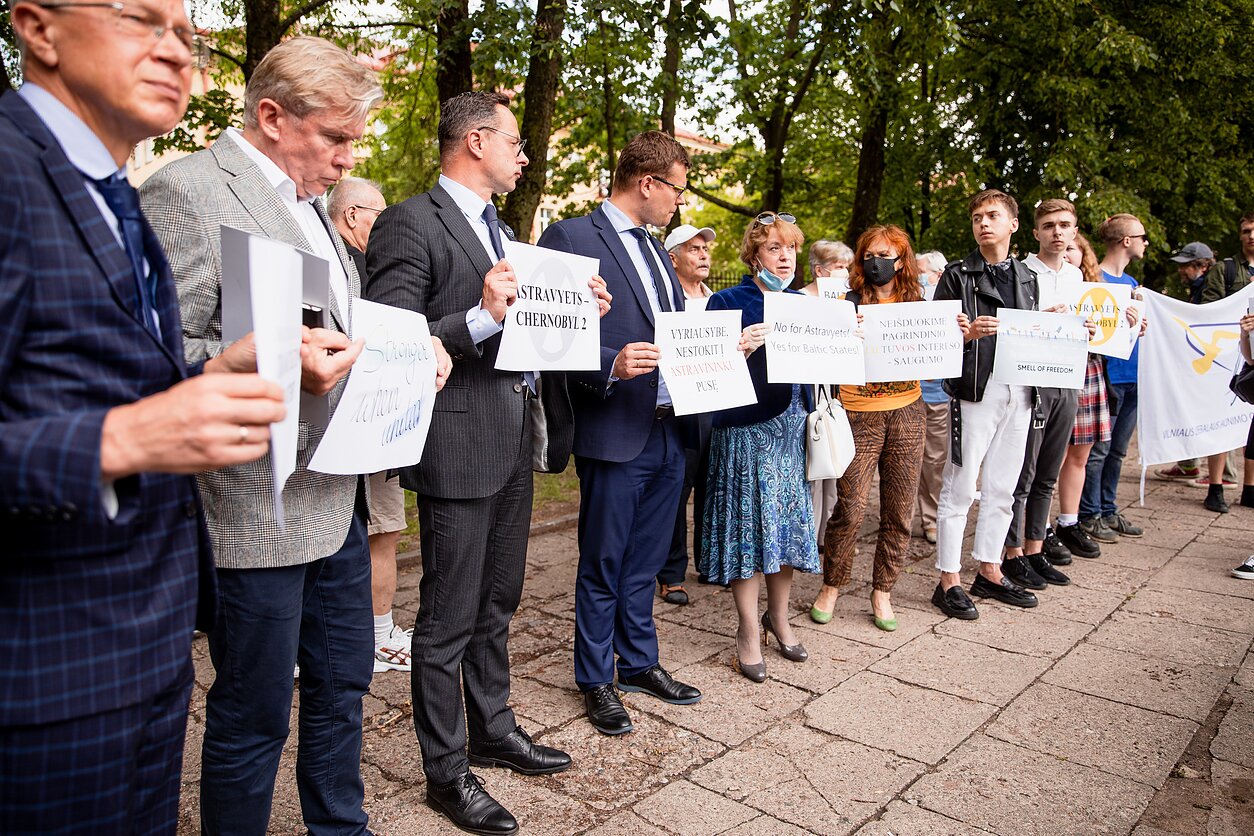 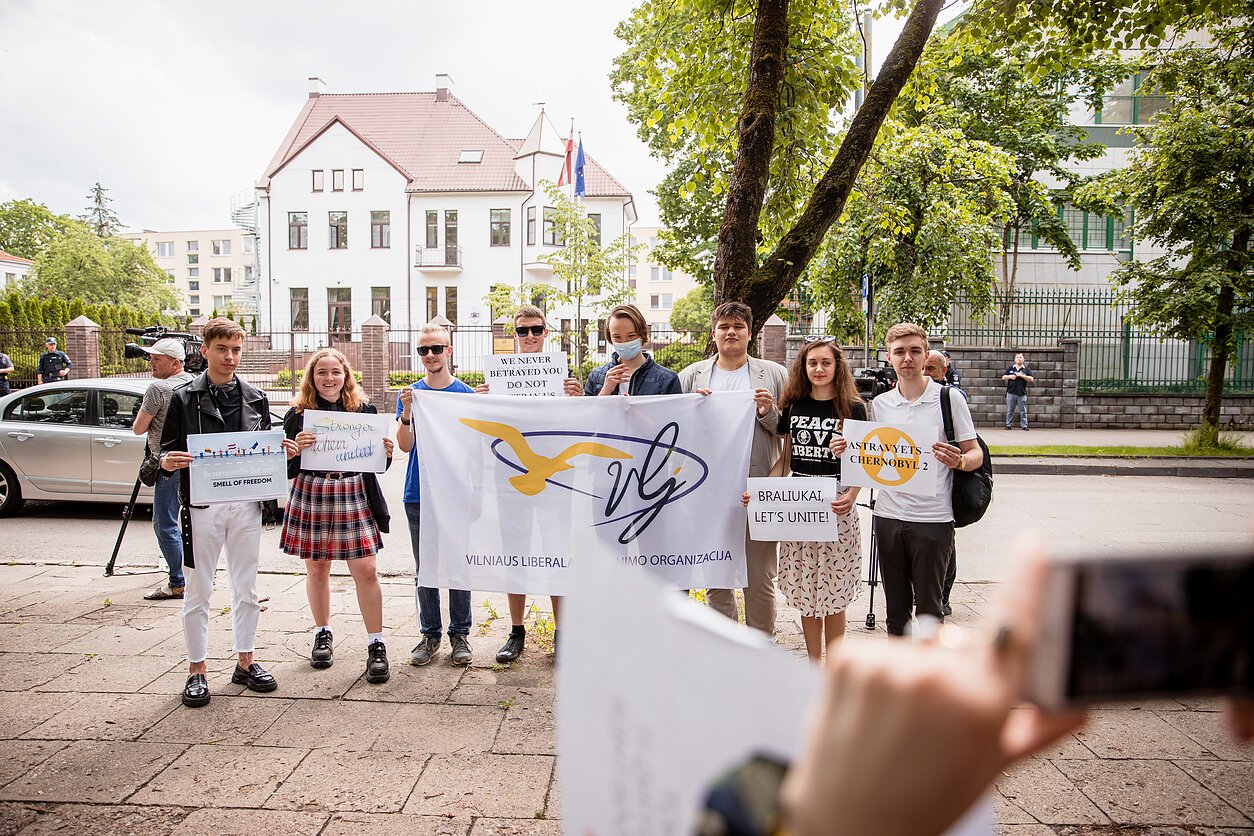 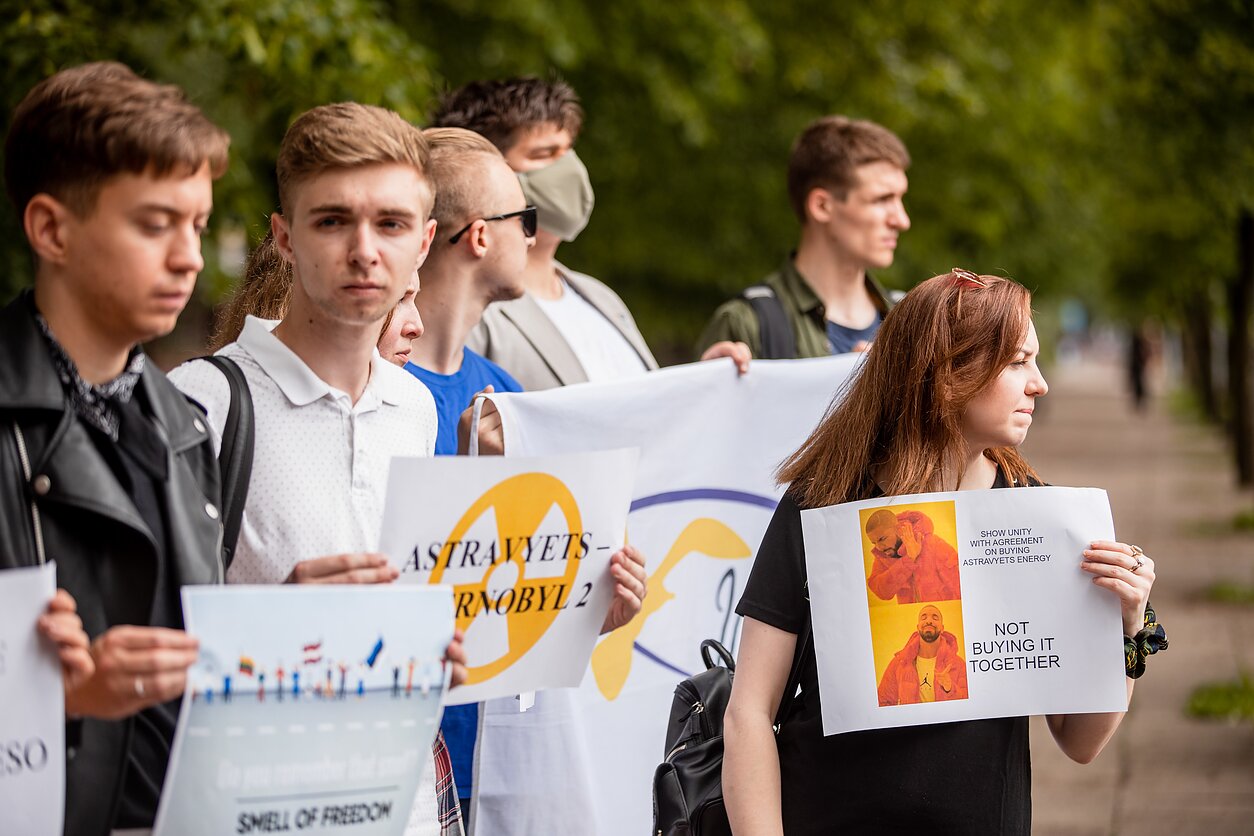 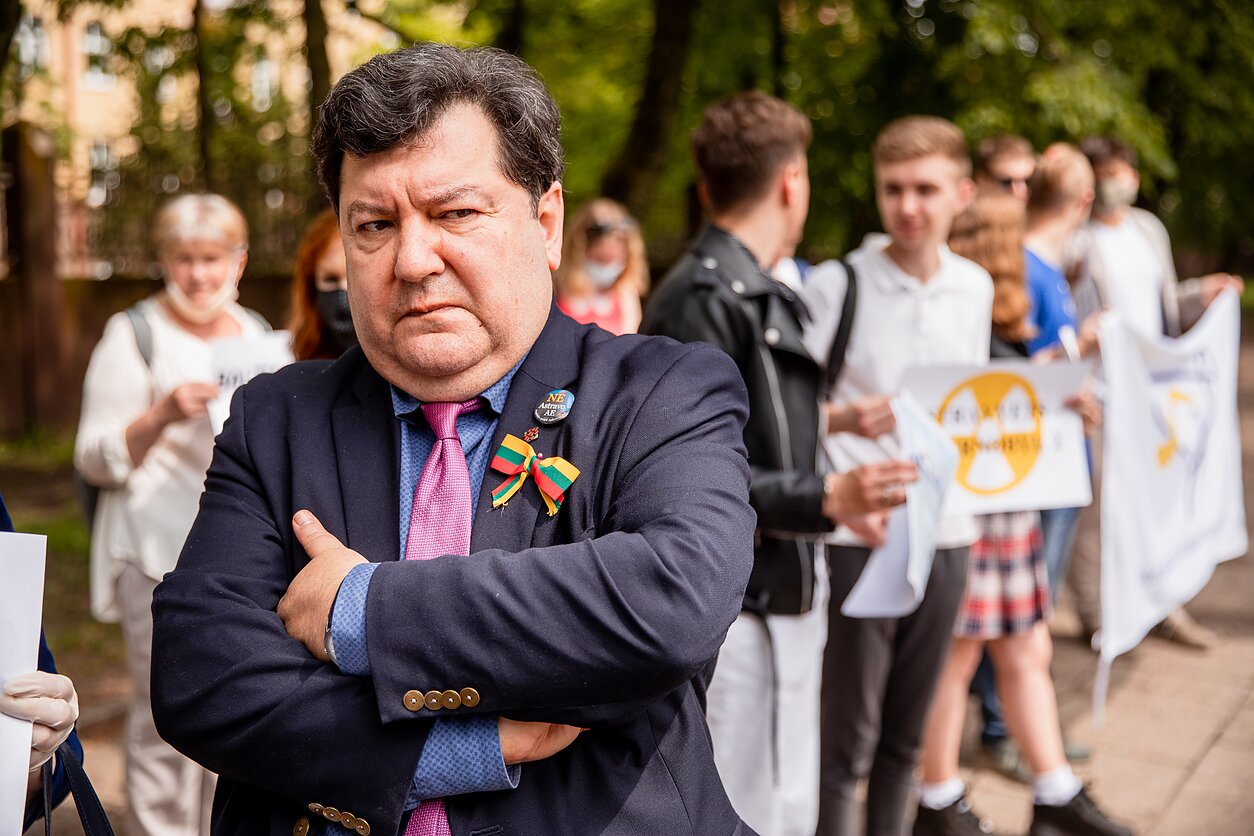 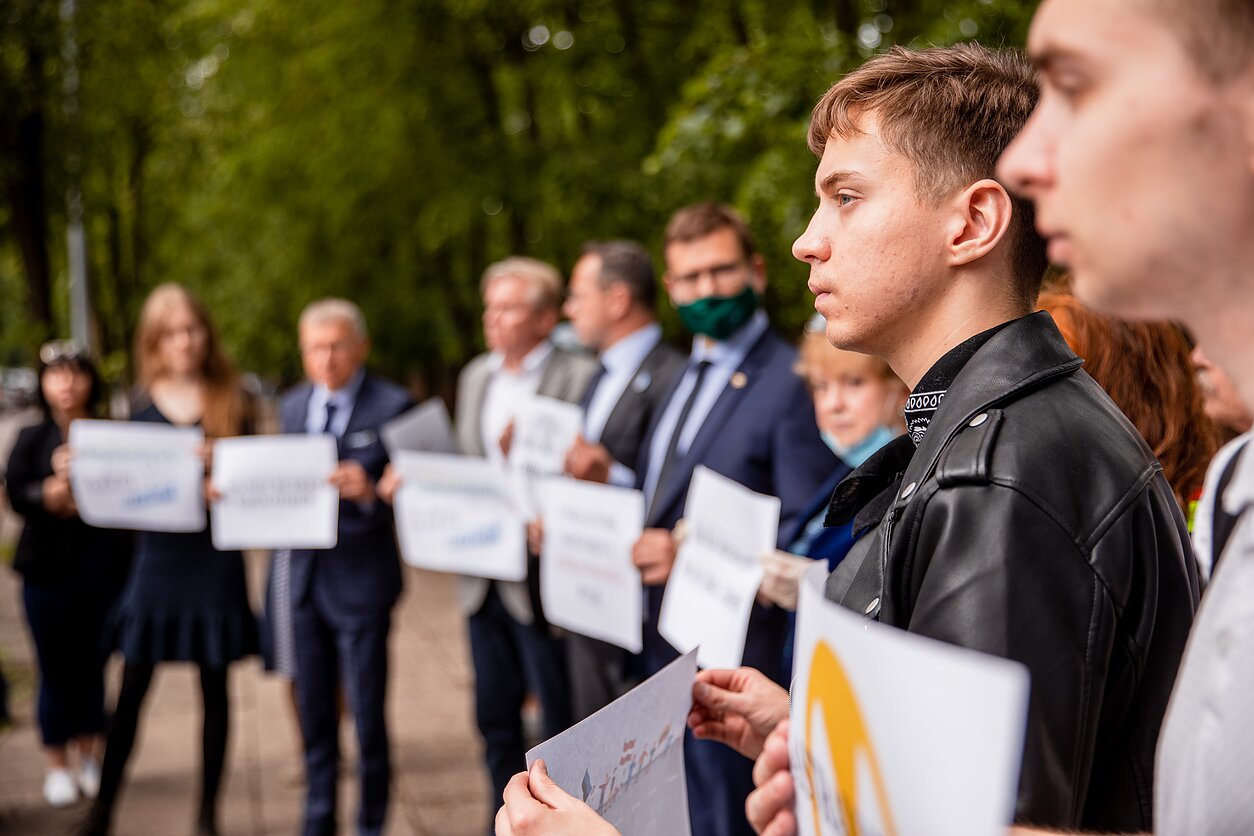 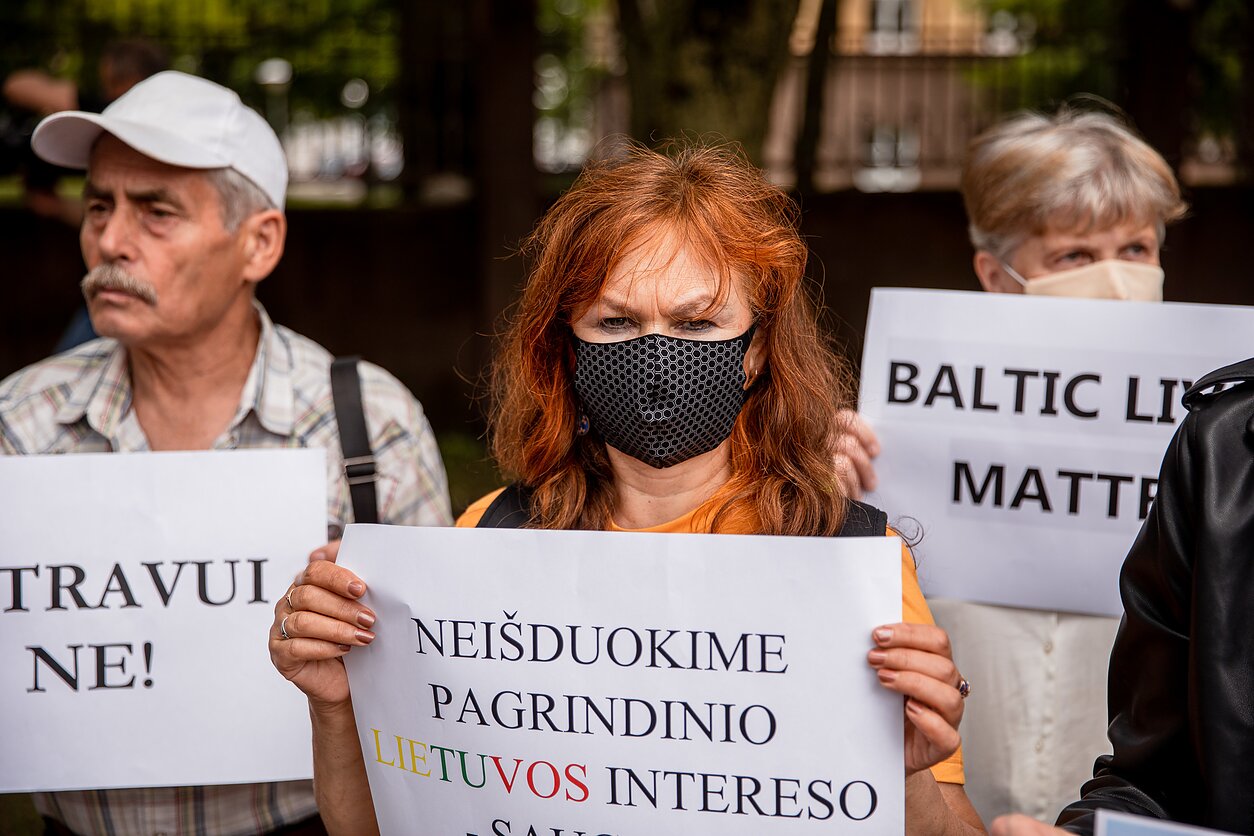