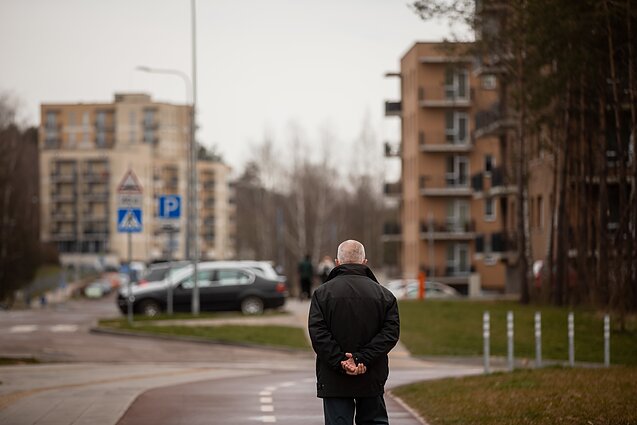 Low-income families in Lithuania have been most affected by the ongoing quarantine. According to an April survey, they lack money to cover basic living costs.

“Eleven percent of people in Lithuania lack money for food, and a fifth cannot cover rent or utilities,” Rūta Žiliukaitė, a sociologist at Vilnius University, is quoted in the press release by the Lithuanian Anti Poverty Network NGO.

These problems are mostly felt by families whose income per person is lower than 300 euros per month, as well as those reliant on benefits or other state aid, she said.

The survey showed that four in ten Lithuanian people have suffered from economic effects caused by the pandemic.

Five percent said they lost their jobs, while 37 percent of people said their income decreased dramatically. Some 51 percent of self-employed people reported a drop in income.

“The survey shows the effects of the pandemic are mostly felt by those already living in poverty, as well as the self-employed,” said Aistė Adomavičienė from the Lithuanian Anti Poverty Network.

“Therefore already in April, we called for more attention [from the government] to those most affected by the quarantine – families with children, people with disabilities and their relatives,” she added.

A report published by the European Commission also called on Lithuania to tackle its existing poverty rates, which are likely to be exacerbated by the pandemic.

The survey, conducted by Splinter Tyrimai pollster between April 20 and 30, was commissioned by the Lithuanian Anti Poverty Network and the Alliance of Lithuanian Consumer Organisations.