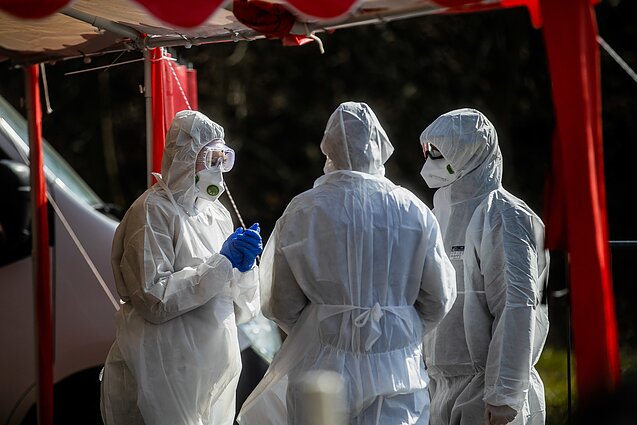 The incident sparked discussions – can the novel coronavirus CoV-2, which causes Covid-19, reproduce inside plastic bags or on the surfaces of single-use plastic clothing worn by medics? LRT FACTS clarifies how the virus can enter human body.

A virus, unlike bacteria, is not a living organism. It needs to base iself in a live cell to propagate. Moreover, different viruses look for different host cells.

A virus cannot reproduce by itself. Instead, it embeds itself in a cell, multiplies, and “spreads by tearing apart the cell, infecting other cells,” Ingrida Olendraitė, a virologist PhD researcher at the UK’s Cambridge University, told LRT FACTS.

It’s almost like the virus carries multiple copies of the same ‘key’ that it then uses to ‘unlock’ other cells.

“It enters a particular cell and none other. And therefore, as it’s known, this virus [CoV-2] can enter the cells in nasopharynx [nasal channel], throat, lungs, while other viruses target other cells,” she said. “Viruses are very picky when choosing cell types, and even lung cells of another animal may not be fit their ‘key’.”

Latest research shows that the new coronavirus targets cells in the trachea (the windpipe), lungs and bronchial epithelial cells. 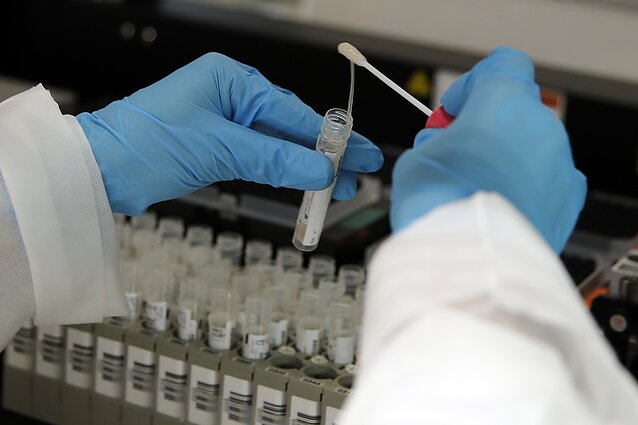 Although it would be wrong to say that viruses reproduce in human-like conditions, some factors allow them to remain active longer. Latest research suggests that warm climate does not make for the most suitable environment for the CoV-2.

“When it‘s really dry – below 20 percent relative humidity – or really humid with 80 percent, the virus can remain intact longer,“ said Olendraitė. Meanwhile humidity of around 50 percent is least suitable for a virus.

In 20 degrees centigrade, regardless of humidity levels, viruses have a smaller chance to survive than in temperature of 4 degrees.

Also, “the smoother or harder the surface is, the longer the virus remains viable,” she added.

Virus doesn’t stay in the air for three hours

A claim is spreading among people that the virus survives in the air for up to three hours. According to Olendraitė, new data shows that the virus begins to diminish once airborne.

“Being in the air ‘neutralises’ the virus,” she said, adding that the three-hour claim arouse from wrongly interpreting a publication that claimed the “virus halves in strength each hour during a three-hour observation period”.

On March 29, the World Health Organization announced that Covid-19 was not an airborne disease, as it primarily spread via droplets and direct contact. 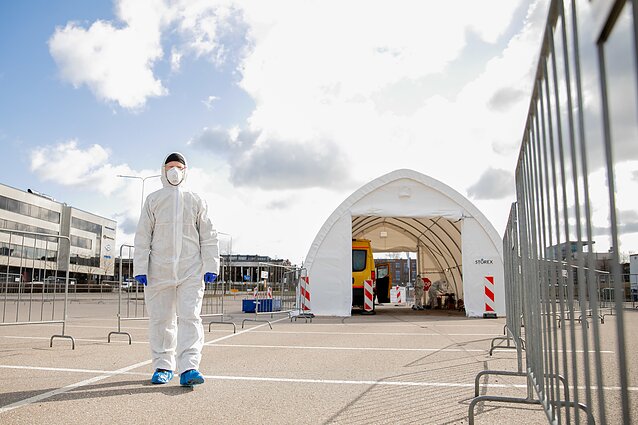 This means that the virus is unlikely to travel by air more than one metre. Therefore, you can only become infected with the virus by coming into close contact with a sneezing or coughing person who has the virus, and in some cases, infected surfaces.

Commenting on the pictures from Kaunas Clinics of single-use protective equipment being held in plastic bags to be reused, Olendraitė said it was possible to disinfect the equipment.

However, “single-use [clothes] should be single-use,” she said, adding that the most important protective tool is a mask.

Albinas Naudžiūnas, the director of Kaunas Clinics, was suspended on March 27, following calls from the prime minister to dismiss him over alleged mismanagement of the coronavirus response in the hospital.

However, he was reinstated by Health Minister Aurelijus Veryga on April 6, after a commission inspected the hospital.

It stated that, according to recommendations by the European Centre for Disease Prevention and Control, “it isn’t forbidden to re-use the interior layer of the overalls, if no visits of infected patients took place”.

It’s also necessary to “disinfect [the clothing] under all regulations and, if needed, [...] to re-use them if the medical institutions runs out of protective equipment reserves,” the commission said. 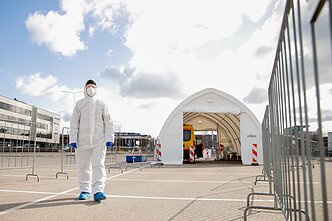 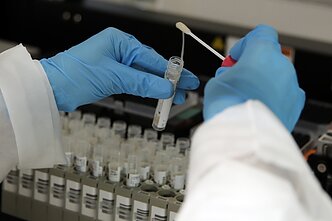