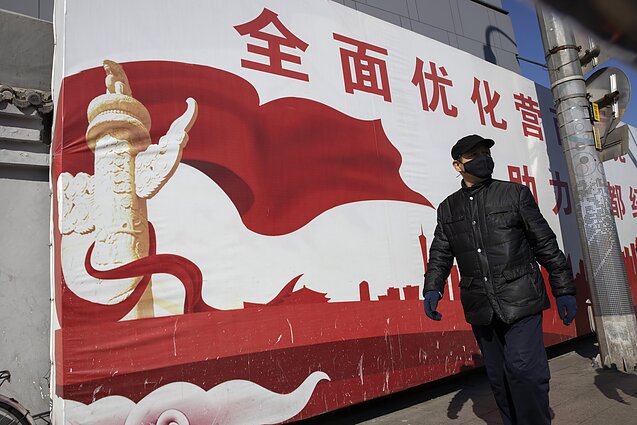 The tensions between Russia and NATO and the US and China have turned the coronavirus pandemic into another front in a long-running information war.

As world leaders are inclined to say lately, humanity is at war. Against an invisible and yet powerful foe whose size is probably best measured in micrometers.

But even though the coronavirus has turned billions of lives upside down with unprecedented restrictions on personal freedoms, economic activity and public life, Covid-19 has not put the world's existing political differences on ice.

The tensions between the US and China, the diverging interests of the West and Russia, the seemingly endless crisis in the Middle East – the pandemic has merely provided all of these with a new battleground in long-running wars of information.

This is all the more intense because so many people are cooped up at homes during this crisis, spending more time on social media. As early as February 2, the World Health Organization (WHO) warned of a massive coronavirus “infodemic”, describing this as “an over-abundance of information – some accurate and some not – that makes it hard for people to find trustworthy sources and reliable guidance when they need it”. 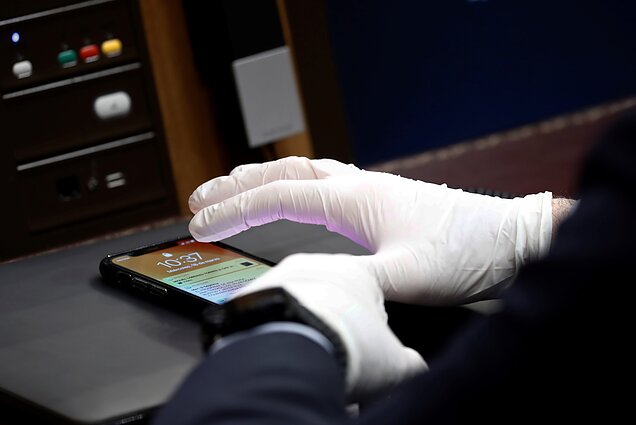 Seeking to sow confusion and distrust, Kremlin-linked disinformation capitalised on the climate of fear surrounding the coronavirus pandemic. / AP

The WHO's Tedros Adhanom Ghebreyesus doubled down on this warning at the Munich Security Conference later that month.

“Fake news spreads more quickly and more easily than the virus, and can be just as dangerous,” he said. Things haven't really improved since.

Sputnik News wrote on January 22 that the virus was man-made, a weapon created by NATO. This was the first piece of false information concerning Covid-19 to appear on the EUvsDisinfo database. The service at the EU's foreign affairs office has been logging Russian disinformation in 15 languages since 2015.

For instance, the disinformation on the virus being made in a US laboratory was also published by Sputnik in its Arabic service. This target audience tends to be more critical of the US and therefore more susceptible to such conspiracy theories. Dozens of other Arabic websites took on the supposed story themselves, including one bogus site seeking to imitate the BBC. 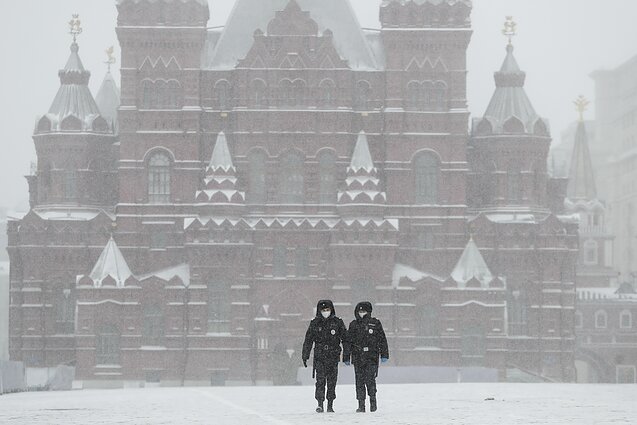 Experts at EUvsDisinfo have tracked a stream of disinformation from Russian media and other outlets close to the Kremlin. They all tend to follow rather similar tropes: the Pentagon was behind it all, the ruling elites are at fault, it's all a ploy to prop up US global hegemony, the real goal is a new, tyrannical world order.

Amid the COVID-19 pandemic, lives depend on accurate and timely information. We have collected over 150 examples of pro-Kremlin disinformation about the coronavirus. Stay ahead. Stay aware. https://t.co/9bZknYDtfX pic.twitter.com/xbPNn4N0Y7

The lines peddled by media close to the Kremlin tend to contradict each other these days. Sometimes the pandemic is all a big ruse, then suddenly we're contemplating apocalyptic scenarios like the disintegration of the Schengen Zone, the break-up of NATO or even the collapse of Baltic states. According to the conclusions of EUvsDisinfo, the disinformation arm of the Kremlin aims to undermine solidarity during a crisis that calls for trust and cooperation.

The US State Department's answer to EUvsDisinfo is the Global Engagement Center (GEC), which also pays close attention to Chinese, Iranian and Islamist propaganda. 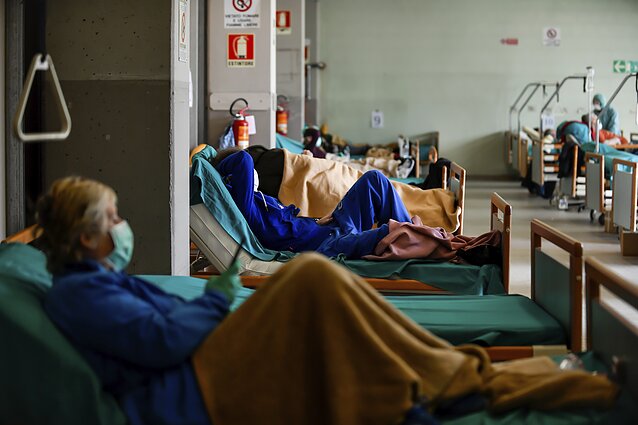 The GEC's Lea Gabriel, formerly a CIA agent, warned in a video briefing last week that disinformation was flourishing in its own “ecosystem”. For instance, if a Russian outlet publishes a falsehood, it is often picked up next by Chinese media. These subsequent reports would then be retweeted by Russia, as if they had come directly from China.

Another example of recycled disinformation can be found in the mid-March tweets from a Chinese diplomat. Beijing's foreign minister spokesman Zhao Lijian wrote on March 12 that the virus had broken out in the US, demanding information on “Patient Zero”.

2/2 CDC was caught on the spot. When did patient zero begin in US? How many people are infected? What are the names of the hospitals? It might be US army who brought the epidemic to Wuhan. Be transparent! Make public your data! US owe us an explanation! pic.twitter.com/vYNZRFPWo3

The next day, Zhao posted a story from Global Research, urging his followers to pass it on. The website, based in Montreal, portrays itself as a think tank and yet traffics primarily in conspiracy theories. In this instance it claimed that US participants smuggled the coronavirus into Wuhan in China during last October's Military World Games sports event.

Global Research, in turn, cites a report from the Global Times in China, the communist government's English-language mouthpiece. In the Global Times original, the theory was put forward by Chinese scientists – but via Global Research they get to air their coronavirus conspiracies without immediately appearing to have an axe to grind.

At least a dozen Chinese ambassadors around the world heeded Zhao's call to share the bogus post; it wound up with more than 12,000 retweets and 20,000 likes. 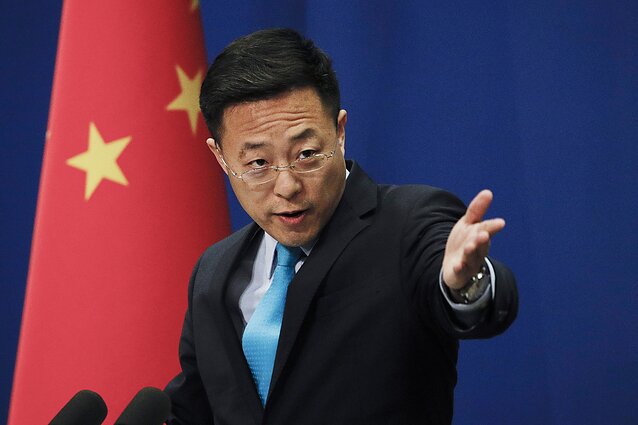 But now, the GEC notes, the Chinese propaganda has changed tack. No longer is it seeking to portray the US as the virus' secret source. Instead, it is trying to put the comparative success of China's containment strategies in focus, all while criticizing the US for stigmatizing China unfairly as the virus' source. And of course Zhao is keeping up with the disinformation order of the day on his feed.

5/6 It was U.S. that started the argument about the origin of #COVID19. U.S. first used “Chinese virus” & “Wuhan virus”. On March 6, Pompeo used “Wuhan virus”. Since then, some US politicians have been using these terms to stigmatize China, causing strong opposition in China.

His Secretary of State, Mike Pompeo, prefers to be a little more specific with “Wuhan virus”. Last Wednesday, a G7 bid to reach a joint statement faltered over a dispute on what to call the virus.

“China was the first country to know about the risk to the world from the virus,” Pompeo said. “And they repeatedly delayed sharing that information with the globe.”

Pompeo went on to allude to activities of officials like Zhao Lijiang, saying that senior representatives of China's communist party had propagated “crazy talk” about the virus being a US bioweapon. 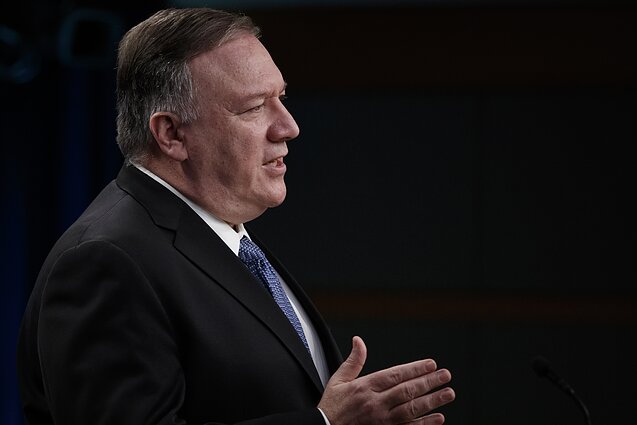 Plenty of blame to be shared

Admittedly, the US criticism of China for failing to recognise the virus' scope would ring a little less hollow if the Trump administration had not spent weeks playing down the threat.

What's more, some senior Republicans are by no means averse to espousing wild conspiracy theories on television. In February, for instance, Senator Tom Cotton told Fox News that a biological weapons facility in Wuhan was the likely source of the virus.

But things get truly tragic when the legacy of disinformation ends up having very real effects. For instance, when Iran's Ayatollah Ali Khamenei rejected a US offer of assistance during an address to the nation, saying the virus was a US bioweapon. “Nobody trusts you,” he said of the US in the address.

NGO Doctors Without Borders also had to pull out of Isfahan, shuttering its hospital for 50 patients. Iranian hardliners had objected to their presence, alleging that the medical expert operation was in fact a cover for western spies. Some Iranians are liable to pay for this controversial appraisal with their lives. 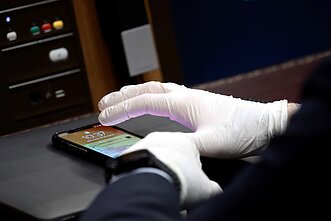 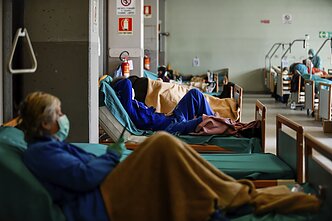 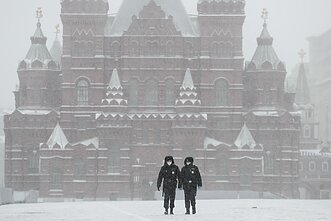 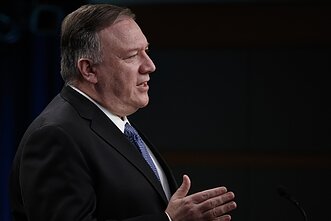 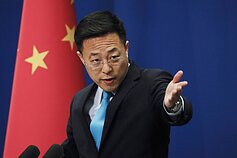