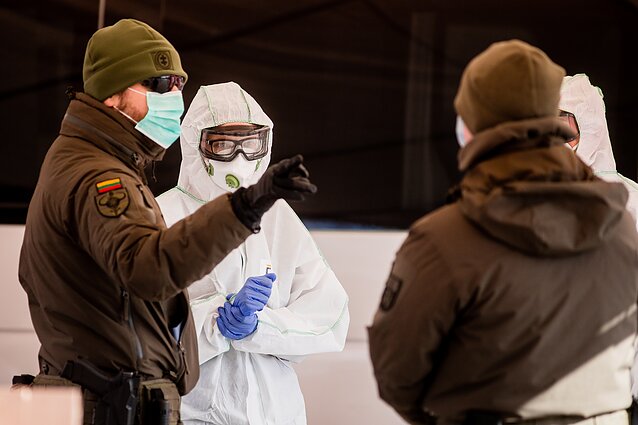 In a survey carried out on March 6–13, the majority of Lithuanian residents said the government was responding properly to the coronavirus crisis.

The survey commissioned by BNS and carried out by Vilmorus pollster revealed that 66 percent of those surveyed said the authorities were properly responding to the crisis, and 19.3 percent were critical of government action.

At the time of the survey, the first coronavirus cases were already confirmed in Lithuania and the government had taken preventitive measures, including school closures. The ongoing quarantine was introduced already after the survey.

Lithuania introduced strict measures earlier than the majority of other European countries. The quarantine introduced on March 16 restricted movement within and into the country. The Cabinet also unveiled a business support plan on the first day of the quarantine.

However, the government has come under criticism for a limited scope of testing and a shortage of protective equipment for medics.

The survey also looked into the public attitude towards the way the media informed about the coronavirus crisis.

Sixty-three percent of Lithuanian residents were confident in the media, while 20.1 said the media weren't doing their job properly.

Due to a drop in advertising revenue, some media outlets have announced stoppages and offered their staff to take their annual leave.

The Ethics Commission for Public Information, the Lithuanian media watchdog, called on journalists earlier this month to check their sources responsibly and base their reports only on the conclusions and recommendations of competent institutions and specialists.