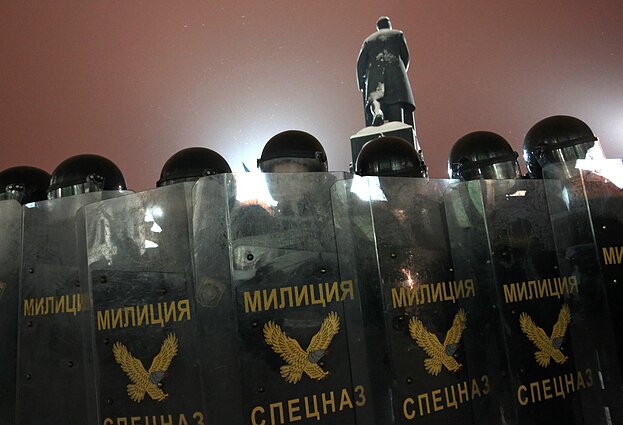 Belarusians protest against what they say were rigged presidential elections in 2010. The demonstrations were suppressed by force. / AP

Despite the renewed attention to Minsk, Lithuania and the West should beware of the Belarusian pendulum, writes Andrei Sannikov, a Belarusian activist and a runner-up in the 2010 presidential election before being forced to flee.

The reason for a new international attention to Belarus is Lukashenka’s alleged conflict with the Kremlin over energy supply and price, as well as the ‘deeper integration’ plan of the two countries suggested by Moscow.

The West regards the conflict as a serious rift between Russian and Belarusian rulers and sees it as a chance to drag Lukashenko further from the Kremlin and closer to the West.

All such attempts in the past had failed.

Energy conflict is added to the old argument about the “changed geopolitical situation” used to support the regime. As a result, the United States offered to supply Lukashenko with oil, and all neighbouring EU countries – Lithuania, Latvia and Poland – also expressed readiness to help with oil transporting and delivery.

International media started to write about Belarus with sympathy towards its long-time dictator presenting him as a defender of Belarusian independence against the Kremlin.

With Belarus being regarded as a victim of Russia’s oil and gas pressure, Lukashenko’s propaganda seems to be working. 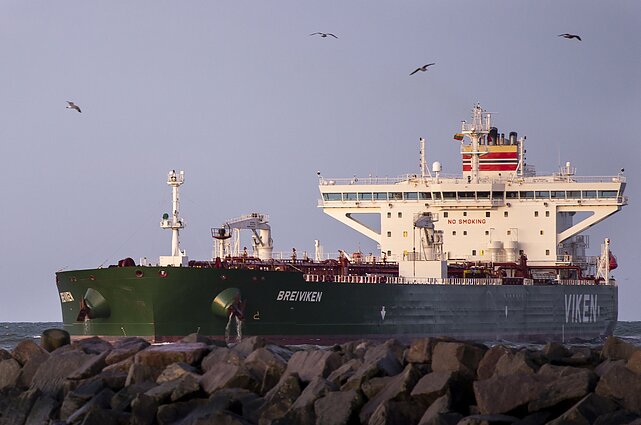 At most, Belarus needs seven million tons of oil for domestic consumption and all surplus of cheap oil from Russia – up to 17 million tons yearly – is being processed and sold to the West at high price.

Profit margin supposedly goes to the Belarusian budget, but some observers point out the private benefits of the regime.

That’s why Lukashenka is so adamant to keep this lucrative scheme functioning.

He plays a similar trick with the gas price. The purpose is to get cheaper gas from Russia, lower than market price, and sell it internally at a price that is almost twice as high.

So the conflict between Russia and Belarus has nothing to do with shortage of energy supply for Belarus. Instead, it's Lukashenko's desire to continue the previous practice that allowed him to get a substantial share of the budget revenues yearly.

It’s true that the Kremlin tries to use Lukashenko’s economic inaptitude to pressure him into closer dependence from Moscow or even a merger.

But it shouldn’t blur the importance of a free and democratic Belarus instead of a regime controlled by Moscow.

Lithuanian President Gitanas Nausėda was right to say that willingness of his country to provide Belarus with energy alternatives allows Lukashenko to speak with Putin as an equal partner.

However, this support coming from the West should be well calibrated. So far, all the gestures of goodwill from the Western democracies were used by Lukashenko as bargaining chips in talks with Moscow.

A supporter of Belarusian President Alexander Lukashenko holds his portrait and waves a state flag in Minsk, 2015 / AP

The Belarusian pendulum swings between East and West

The whole situation resembles a familiar Belarusian pendulum when Lukashenko’s regime pretends to sway to the west in order to get more money from Russia. Then it sways back to Moscow claiming complete loyalty.

And every time, it seems, the West swings together with Lukashenko without linking its assistance to human rights and basic freedoms in Belarus.

The same pendulum is at work with Russian energy.

Media started to present the current Putin–Lukashenko conflict as something completely different, concluding that the relations between the two dictators will never be the same.

The media forgets that the energy disputes spark up all the time, and occasionally become heated conflicts like in 2007 or 2017.

Putin and Lukashenko have hated each other from their first meeting in the 90s.

Nevertheless they have their own interest to protect, and those are not the national interests of the two states. That’s why it is natural for them to come to an agreement eventually and again snub the West. 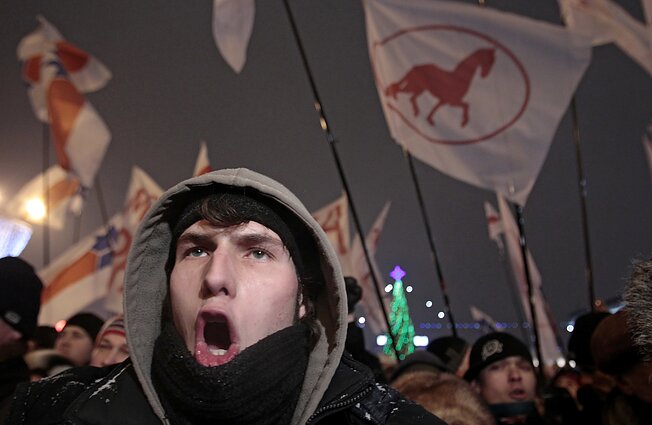 Belarusians protest against what they say were rigged presidential elections in 2010. The demonstrations were suppressed by force. / AP

The West is reluctant to introduce sanctions

In the 90s there was a discussion in the West of a two-track policy towards Belarus, resembling the policy towards Eastern European countries in the 70s and 80s.

Then the West had relations with communist governments and also paid serious attention to human rights, employing sanctions when they were abused.

It’s clear that in the case of Belarus, the West is reluctant to introduce sanctions. In fact there have never been real sanctions, just travel restrictions for some officials.

However, there has to be more pressure on the regime to respect its own commitments in human rights and more support for pro-democracy tendencies and forces in Belarus.

It was very important that during their visits in February, both US Secretary of State Mike Pompeo and Lithuanian Foreign Minister Linas Linkevičius raised the issue of human rights and met with the human rights defenders and the opposition.

However, a week after they left two young anarchists Mikita Jamialianau and Ivan Kamar got enormous sentences of seven years each for protests in solidarity with their friend. Repressions against peaceful protesters also continued.

The damage inflicted as a result of one of the protests was estimated by the court to be less than a dollar.

That‘s the usual behaviour of the Belarusian regime: when the West softens its position and shows willingness to deal with Lukashenko, the repressions become much harsher in Belarus. 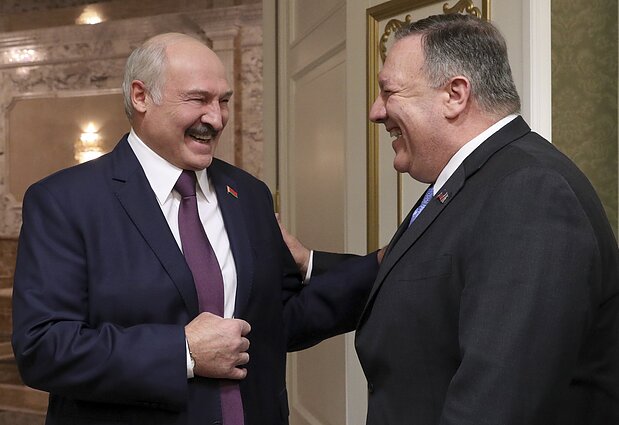 It would be good for the West to remember its previous failed attempts of rapprochement with the regime, especially in 2010.

That year there was a lot of trust in Lukashenko, especially from the three European countries most important for Belarus – Lithuania, Germany and Poland.

On the eve of the presidential election in 2010, the Polish and German foreign ministers and the president of Lithuania visited Belarus where they met with Lukashenko and the opposition.

They concluded that Lukashenko can be trusted in his intentions to come closer to Europe and that he is allegedly supported by the majority of Belarusians.

All those conclusions were based on what they heard from Lukashenko and his people.

The prominent European politicians didn’t share the opposition’s views that he isn’t popular and might use force against peaceful demonstration on election night.

What happened during the night of that election is known – the most brutal crackdown on the peaceful demonstration and years of harsh repressions that followed. 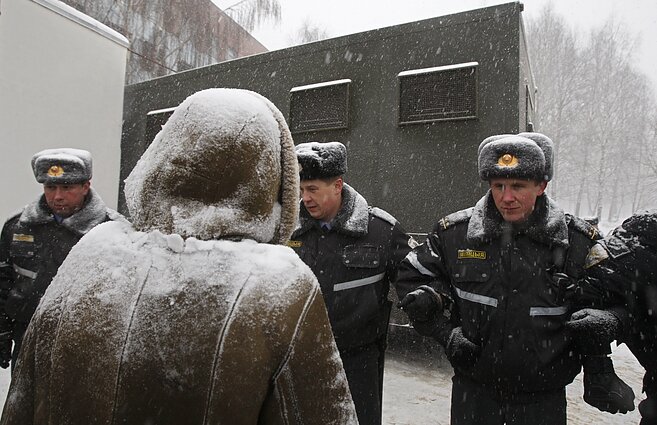 It would be good if the West together with the Belarusiann see it as a chance for democratisation and not as an opportunity for Lukashenko to stay in power.

There is no need to help the dictator to swing the pendulum – it is not connected with the clock and its swinging doesn’t affect the clock’s arrows.

They are not moving and the time is still frozen in Belarus.

Andrei Sannikov is a Belarusian politician and activist, head of European Belarus Foundation. Sannikov was a candidate in the 2010 presidential election in Belarus, and had the second highest percentage of the popular votes. Sannikov also served as a Belarusian diplomat.

He was incarcerated in a Minsk KGB facility for protesting election fraud and was recognised by Amnesty International as a prisoner of conscience. He was released after 16 months in prison under international pressure. He lives in exile and continues his activities. His writings have been published at Foreign Policy, the Guardian, Washington Post, and elsewhere. 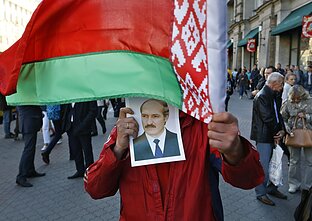 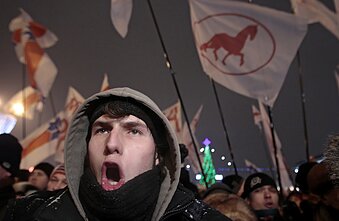 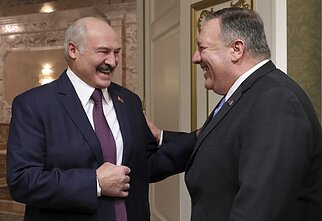 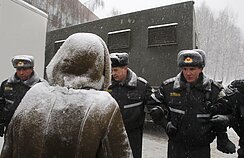 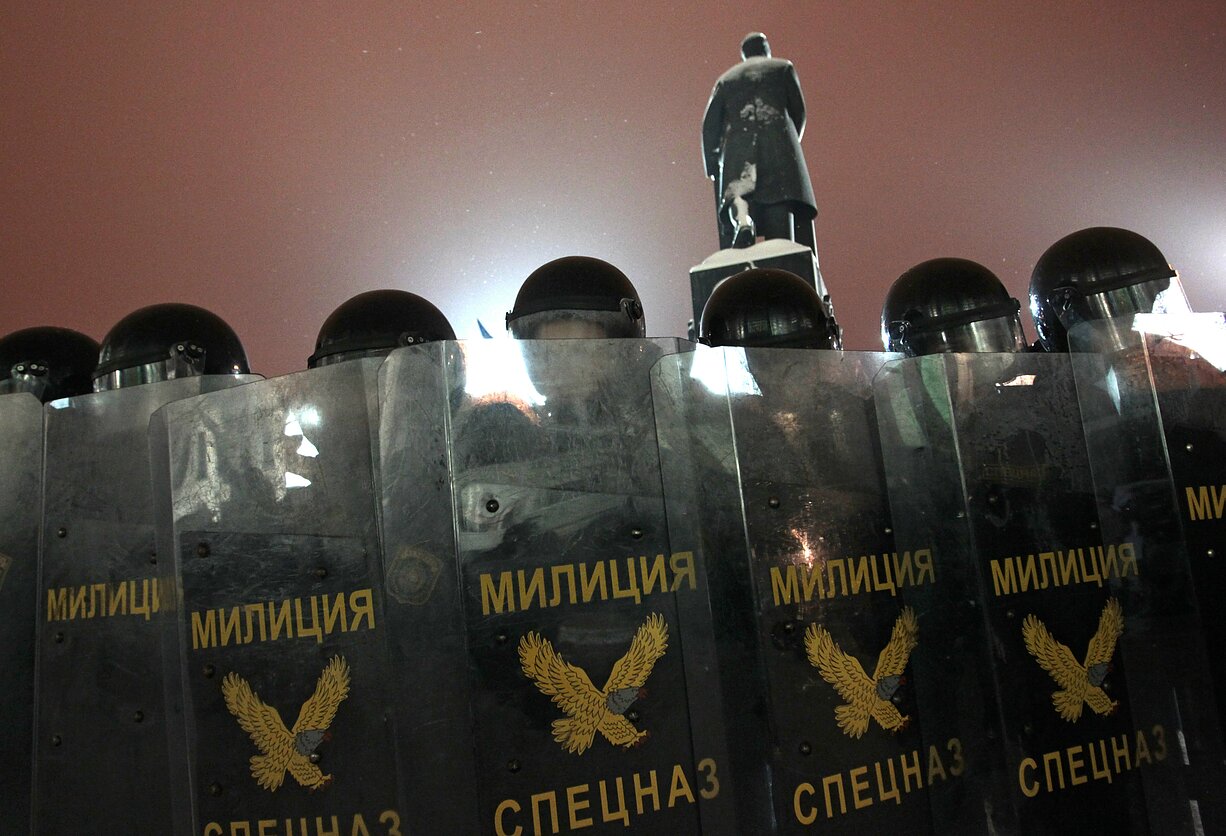 Belarusians protest against what they say were rigged presidential elections in 2010. The demonstrations were suppressed by force.
1 / 6AP

A supporter of Belarusian President Alexander Lukashenko holds his portrait and waves a state flag in Minsk, 2015
2 / 6AP 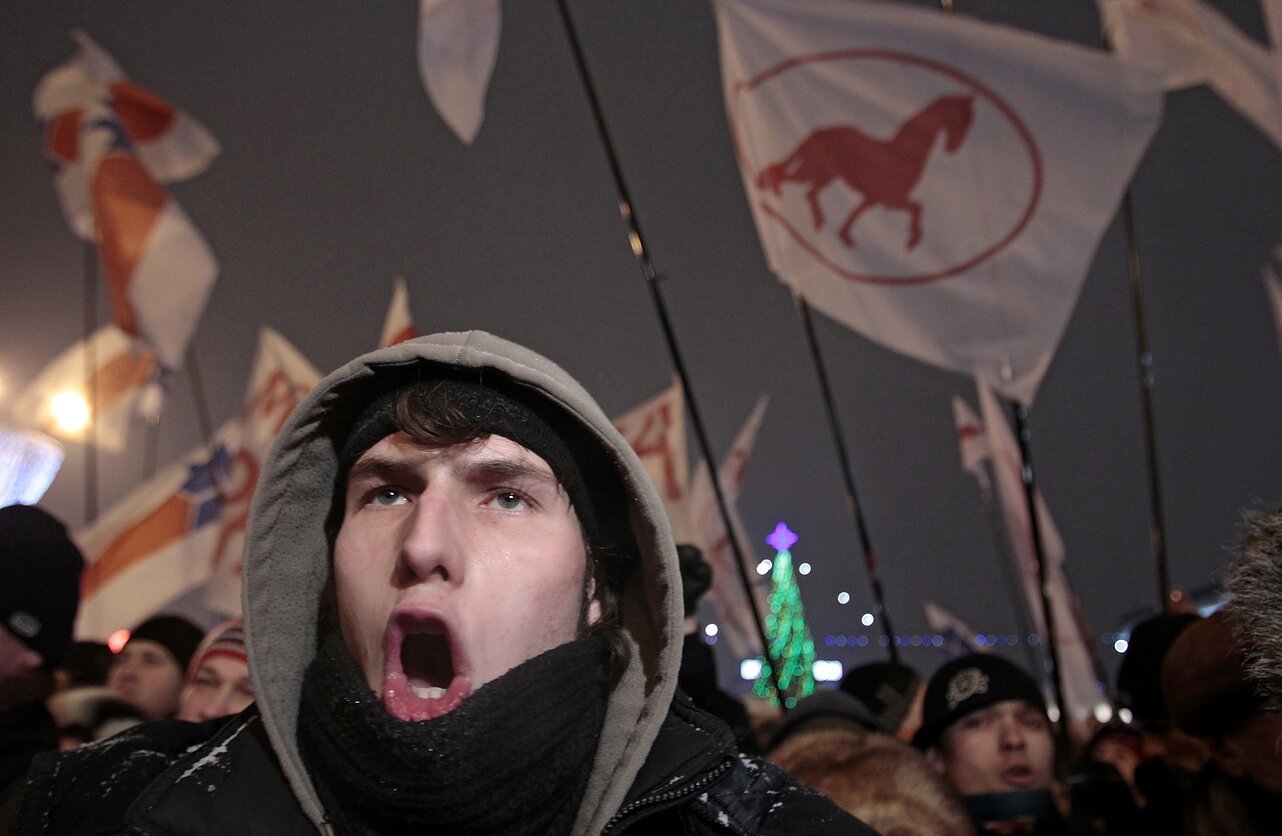 Belarusians protest against what they say were rigged presidential elections in 2010. The demonstrations were suppressed by force.
3 / 6AP 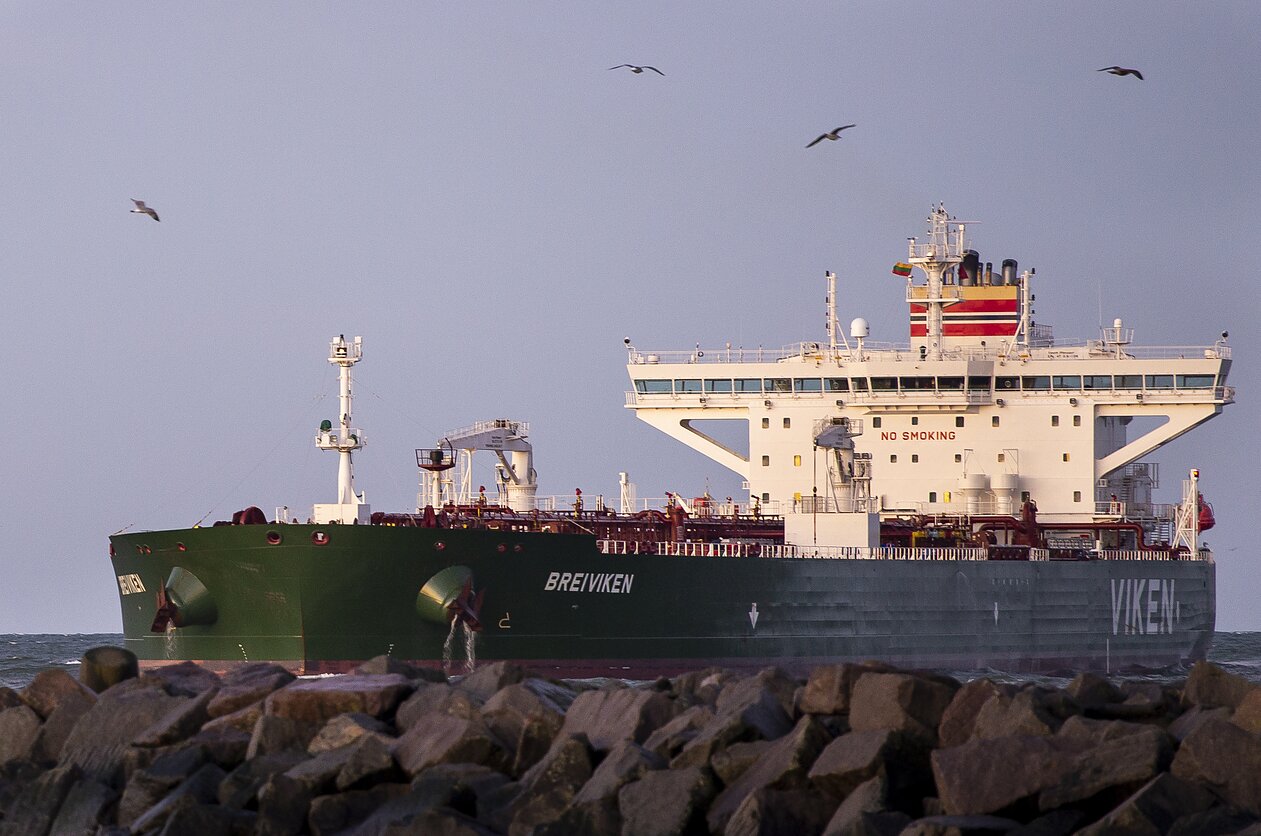 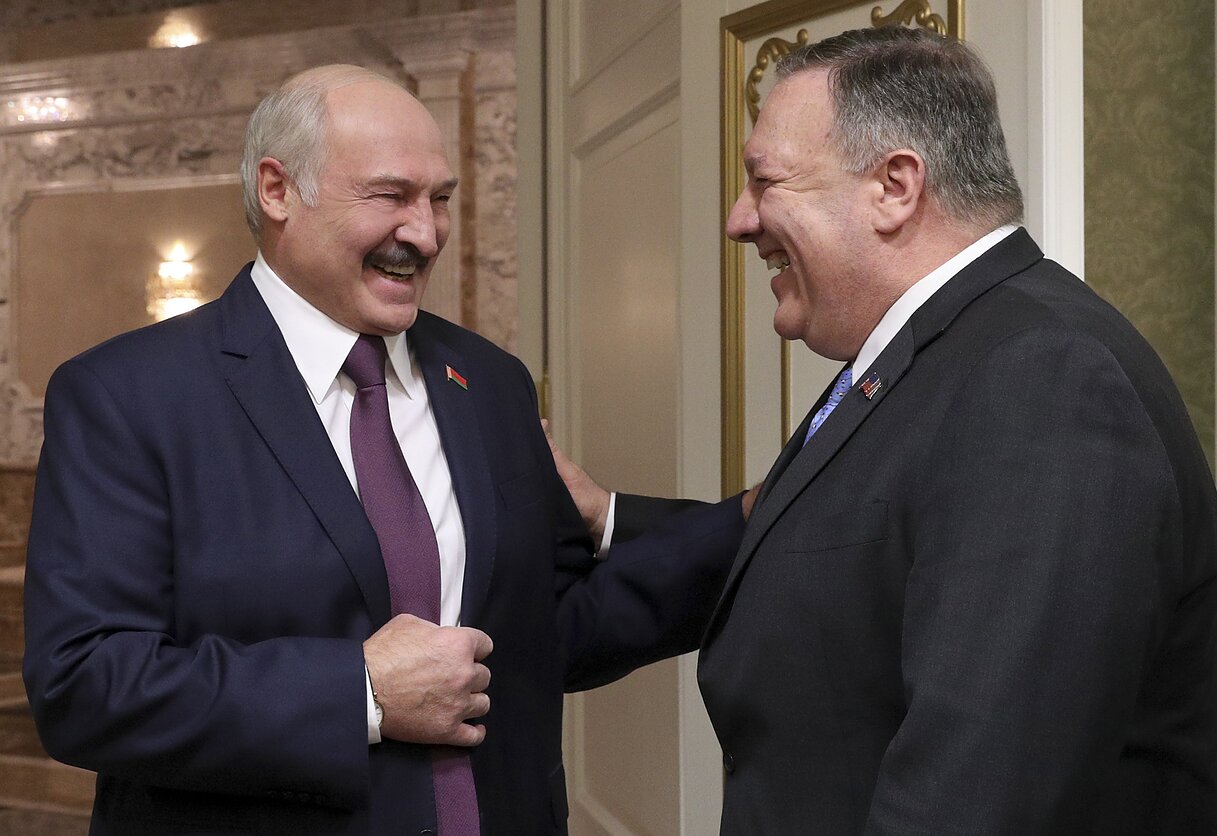 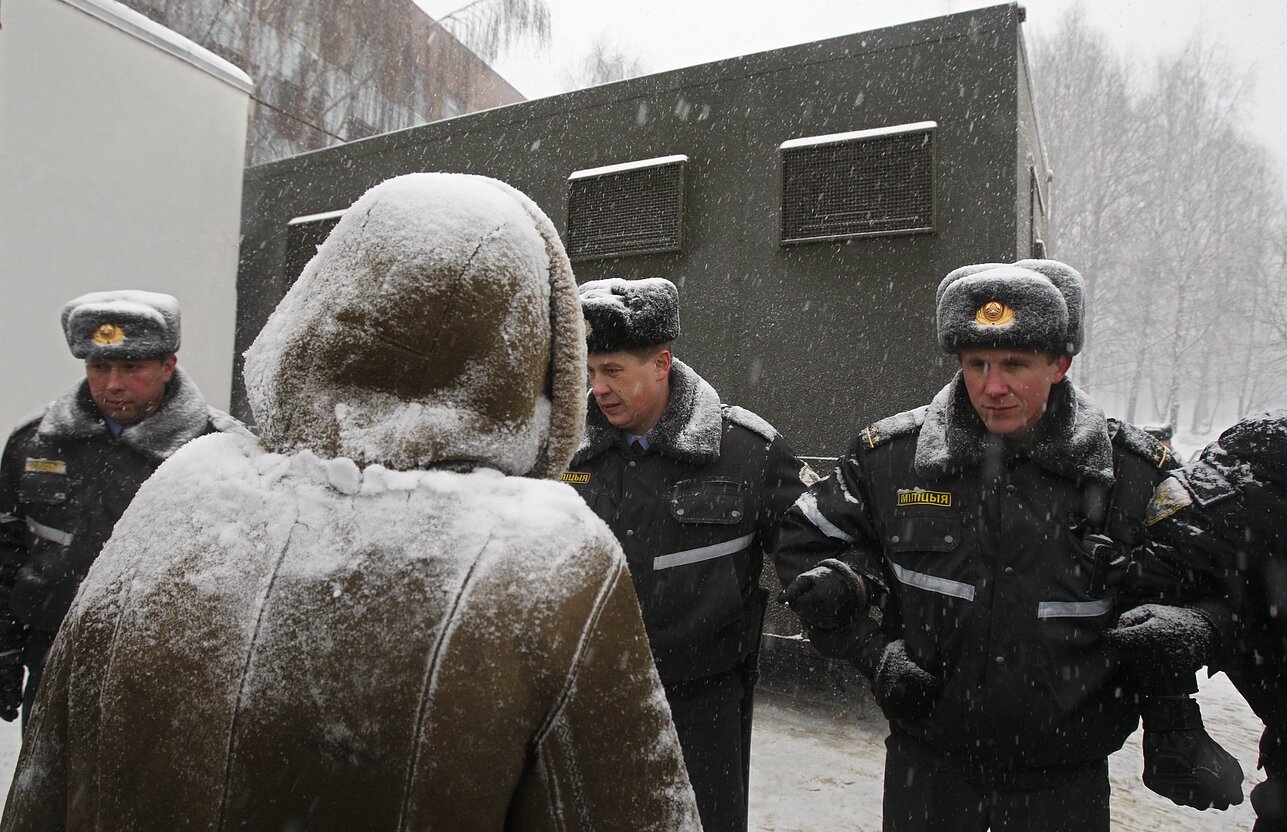