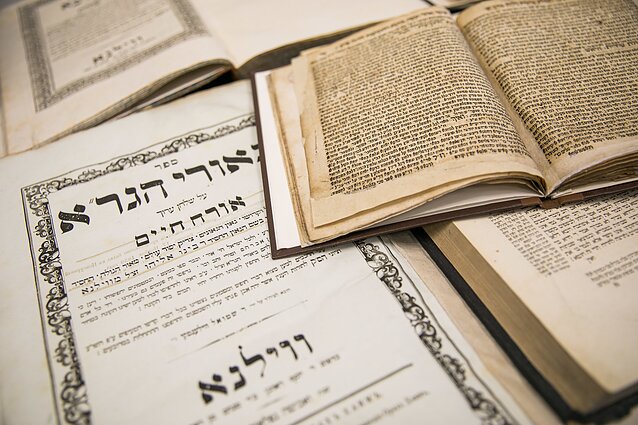 Vilna Gaon, the 18-century sage from 'Jerusalem of the North', has left a significant legacy of Jewish scholarship as well as many legends about his erudition and idiosyncratic devotion to study of religious texts.

Lithuania has designated 2020 the year of the History of Jews of Lithuania, which is also the 300th anniversary of the Vilna Gaon. Lara Lempertienė, a historian and the head of the Judaic Department at the Lithuanian National Library, spoke with LRT.lt about the 18-century sage from Vilnius.

While other nations are proud of battles or glorious buildings, the Jewish history is one of writings and books, Lempertienė quotes a modern rabbi. The Vilna Gaon – and his town, often dubbed Jerusalem of the North – played a crucial role in this history.

“Elijah, the son of Solomon Zalman, was not the only nor the first one to bear the title of Gaon. The word dates back to the first few centuries A.D., the so-called geonim of Babylonia period. It means a sage, someone who can be very diligent and creative with texts,” Lempertienė says.

The geonim (which is the plural of geon or gaon) compiled the Talmud, the collection of Jewish law, custom, morality and history. For centuries, the text was treated as sacred, extensively studied, but not questioned. Since it was written by hand, there were errors, but few dared to even mark them. Lempertienė says that believers would interpret Talmud with all the errors, trying to clarify the passages that were ambiguous. 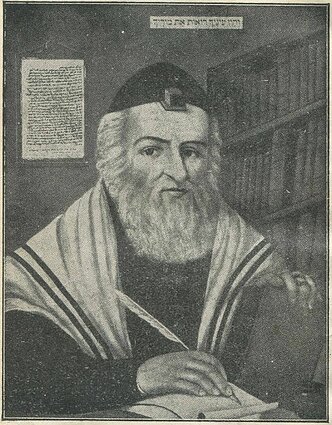 “So it took exceptional charisma and intellectual boldness to take up these texts and correct them in the 18th century,” she explains. “Or to have the Jewish world accept the corrections as truth. This is who the Vilna Gaon was, this was the stature of his personality.”

Elijah ben Solomon Zalman was born in 1720 in Siealiec near Brest Litovsk in present-day Belarus. His father was an accomplished Talmud scholar, a descendant of Rabbi Isaac Kremer.

According to legend, six-year-old Elijah delivered a sermon in the Great Synagogue of Vilna, exhibiting a thorough understanding of rabbinical literature. This anecdote, Lempertienė says, is not backed by any documents, but is not completely baseless.

“Even as a grown man, he was an ascetic solitary person, he wouldn't share any details about his personal life. However, the reticence did not stop the word about his scholarly ambition from spreading – in fact, it reinforced his reputation,” according to Lempertienė. 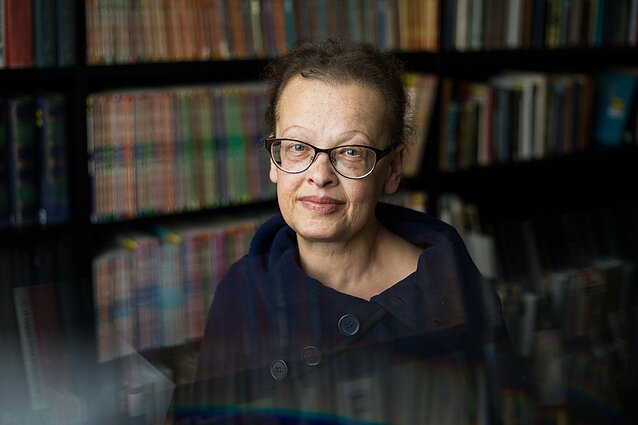 Jewish families would not boast about talented offspring, but they would nurture talent. Elijah was sent to Kėdainiai, to be educated by Rabbi Moses Margalit.

“You can be the richest of men, but unless you fund education establishments and be generous, the community will not respect you, may even poke fun at you. On the other hand, a poor but talented yeshiva student could easily marry a rich man's daughter with a generous dowry.”

Elijah, however, did not have to go to a yeshiva to earn a reputation. “His tutor in Kėdainiai probably spread the word about the prodigy (illui),” Lempertienė says. “I think that Elijah's statements made in childhood or adolescence were well-circulated. How else would he have gained such a reputation.”

Business is for women

Elijah got married and had children very early in life. His wife Chana was from Kėdainiai, where he spent studying several years from the age of seven. It was an arranged marriage, as was usual for the time. “Elijah was probably not even interested in girls yet,” Lempertienė smiles. 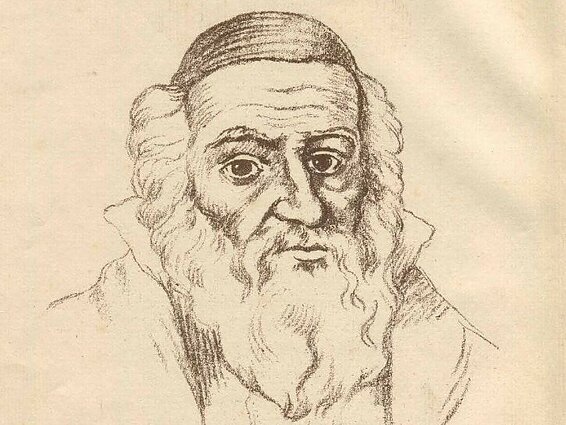 Early marriage was a common thing. “Talented boys would wed early to secure freedom for studies: wife would bring in the dowry and run a small family business, while husband could dedicate himself to scholarship.”

Just so, the newlyweds moved to Vilnius – or Vilna – and used the wife's dowry to open a small shop. Chana ran the shop, while Elijah studied the Talmud.

Many legends survived about the shop, which speak about the authority of the Vilna Gaon more than anything else, Lempertienė says. According to the legends, the establishment would not work all the time: Elijah instructed his wife to keep it open for as long as was necessary to provide for the family's basic necessities. “If they made enough money in one day, the rest of the week the shop would be closed.”

Why? One the one hand, the Vilna Gaon maintained that a man must not seek material wellbeing in life, Lempertienė explains. On the other hand, he may have been reluctant to have his fame attract people to his shop and thus deprive others of their living. 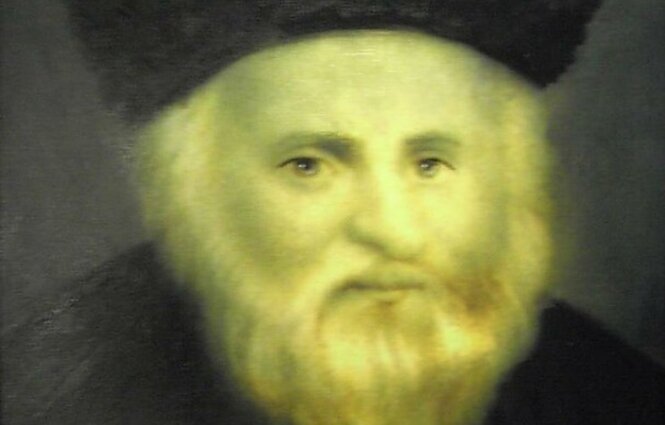 As a result, the family lived on modest means. “There were days when the wife would send kids to borrow some knickknacks from the neighbours, so they would feed them,” Lempertienė says. “She couldn't ask directly, it would have been scandalous.”

It is known that the Jewish community set up a stipend for the Gaon. “Because supporting a great scholar was an honour.”

According to another legend, the community's emissary took a big chunk of the stipend for himself.

“The Gaon knew about it. Still, he followed the Talmud which said that publicly shaming one's fellow, destroying his reputation, was tantamount to killing him. So he would accept a smaller sum, which was not enough to keep his family from poverty, but did not call out the emissary. Only before his death did this person crack and confess,” the historian says.

The fame of the Vilna Gaon spread while he was still alive, which is remarkable, because none of his writings were published before his death. It was his pupils that made sure Elijah's scholarship be made available to readers. 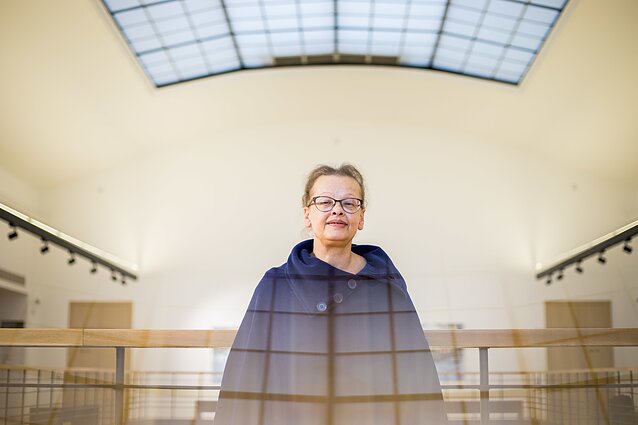 “The Gaon did not seek fame, he did not take up any post in the community, did not head a religious institution, even though any European city would have been proud to have a yeshiva founded by him,” Lempertienė says. “But that would have detracted him from his studies.”

His pupils would assemble in his room to study religious texts. “It is incredible how mindful and perceptive his students must have been to later publish his treatises on a wide range of topics,” according to the historian.

The Vilna Gaon is often thought of as a mathematician and astronomer, but Lempertienė says it is a myth propagated by the Jewish enlightenment. “For example, Elijah had not heard about Newton. The Talmud is full of graphs and geometrical drawings, the Gaon designed his diagrams from Tora, Talmud and other Jewish texts.”

Elijah did not think of himself as a mathematician, she insists. “He simply claimed that we need to study closely the texts given to us, because they speak not just about god, but also about the physical world, the man, morality.” 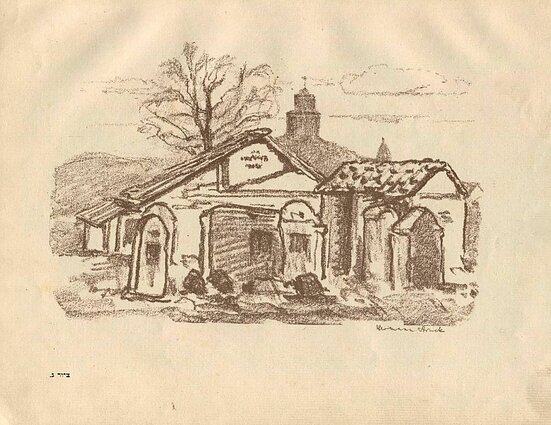 The Vilna Gaon mausoleum in the Jewish Cemetery of Šnipiškės. Drawing by Hermann Struck / Judaic Collection of the Lithuanian National Library

The Gaon's lifestyle was ascetic, humble. He would take cold baths to stay energetic, keep his feet in ice water while working and only sleep several hours a day. “So he could spend more time on his studies,” according to Lempertienė.

The Vilna Gaon's first book was published in around 1800, several years after his death, by his pupils. More substantial collections of his writing appeared a little later and were published throughout Poland and Germany.

Even though Elijah did not found a yeshiva himself, one of his pupils, Chaim Volozhin, did. He ran the school in his native Volozhin, present-day Belarus, according to the principles used by the Vilna Gaon: studying religious texts in small groups of students.

The new yeshiva in a relatively insignificant town soon became an important institution, attracting students from as far as the United States or Siberia.

“At the time, the Jewish education tradition was very well-developed and complex, based on authorities, so establishing a new institution was very difficult,” Lempertienė says. “Chaim succeeded, because he used the Gaon's fame. The erudition of his students later proved that the yeashiva was worthy of the name.” 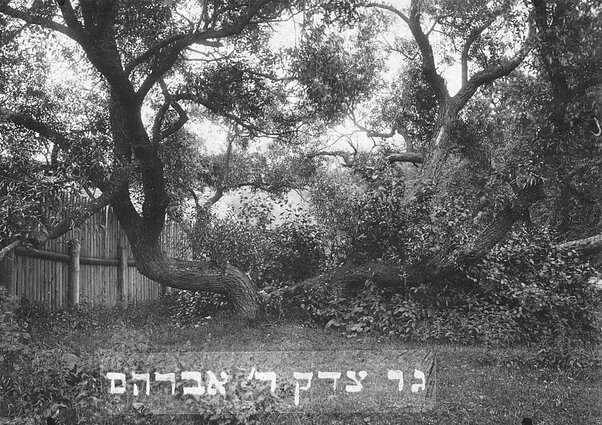 Legends also surround Elijah's death and funeral. The sage passed away in 1797 during Sukkot, a festive celebration that follows Yom Kippur, the Jewish day of atonement.

“Death on a holiday was traditionally taken as proof that the man was righteous. Traditionally, mourning on a holiday is forbidden, it has to be postponed to another day,” Lempertienė says. “But it was different for the Vilna Gaon.”

According to the legend, Jewish inhabitants of Vilnius mourned so intensely, that the street by Elijah's home was covered with hay. “For silence, so that no one disturbed his peace,” Lempertienė explains.

The Vilna Gaon was initially buried in the cemetery of Šnipiškės. In the early 20th century, it was slated for destruction, so the remains of the Gaon and his family were moved to Sudervė Cemetery. It now houses a mausoleum. 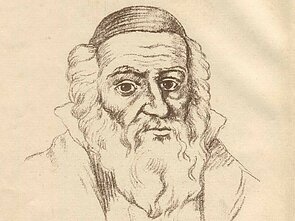 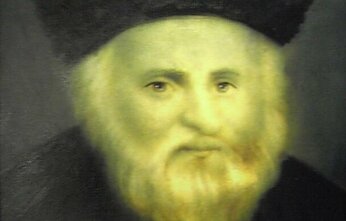 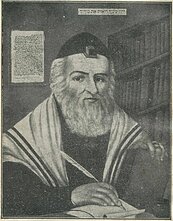 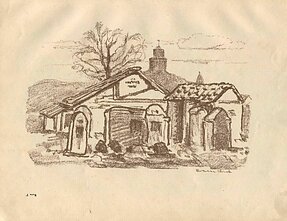 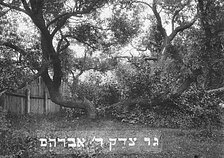 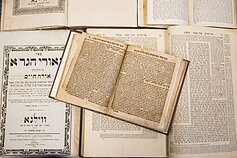 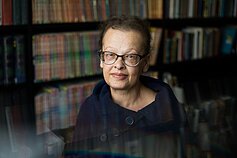 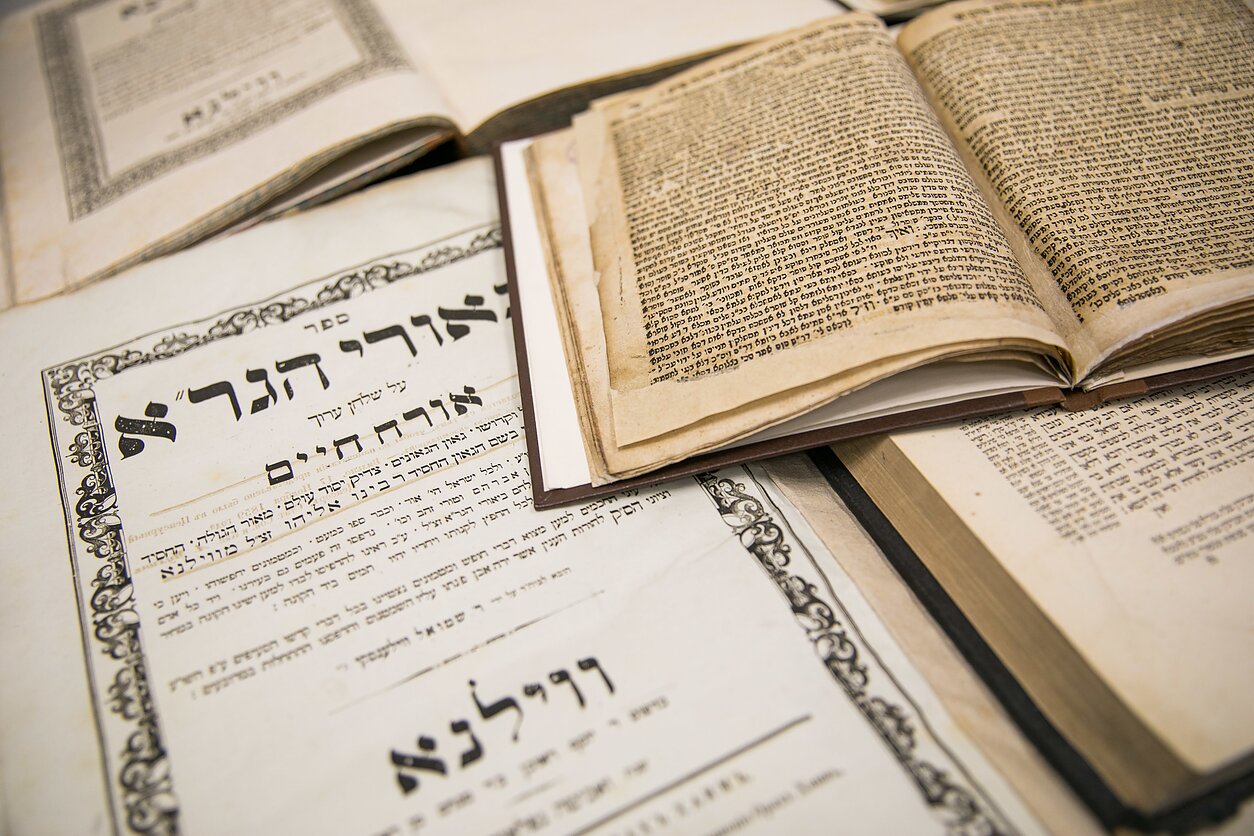 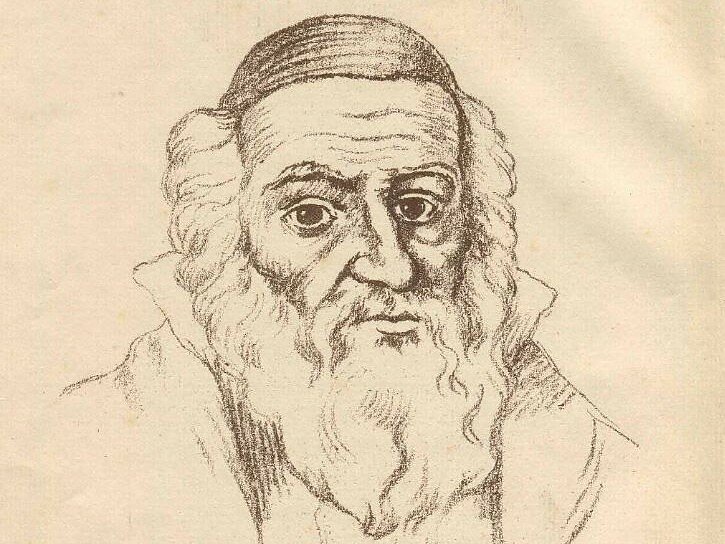 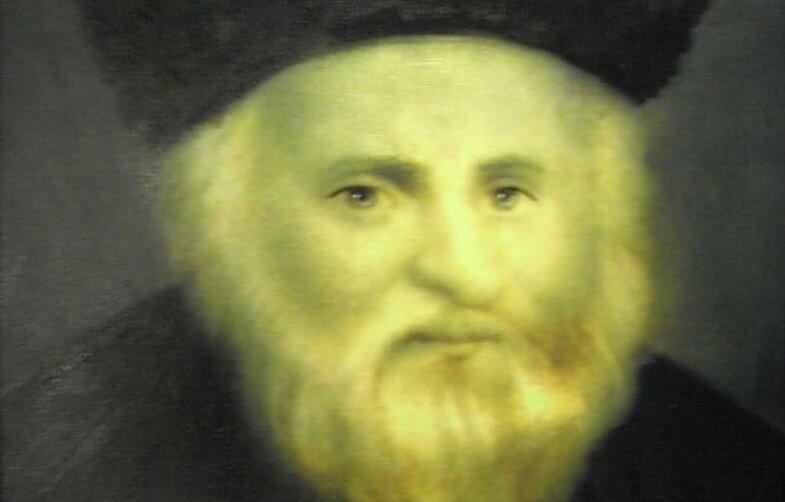 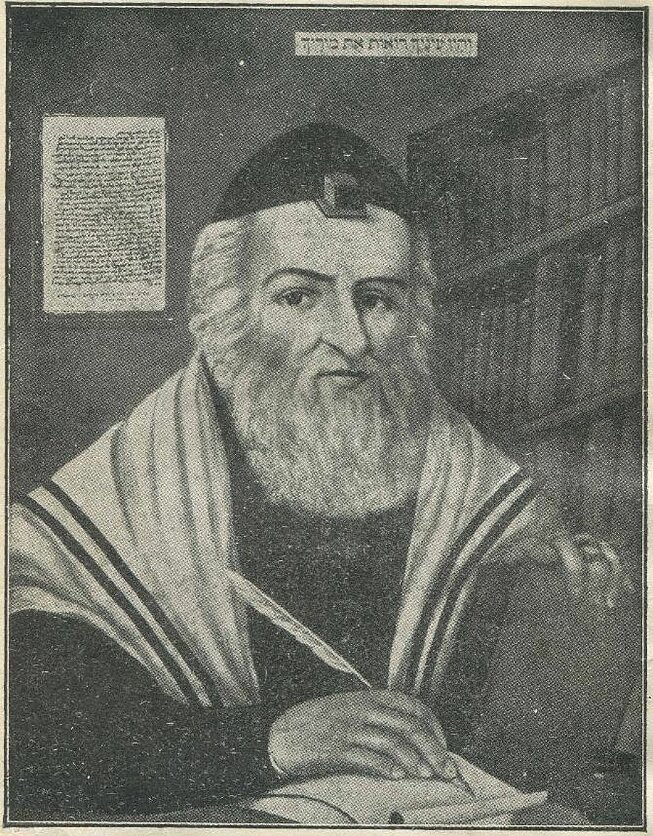 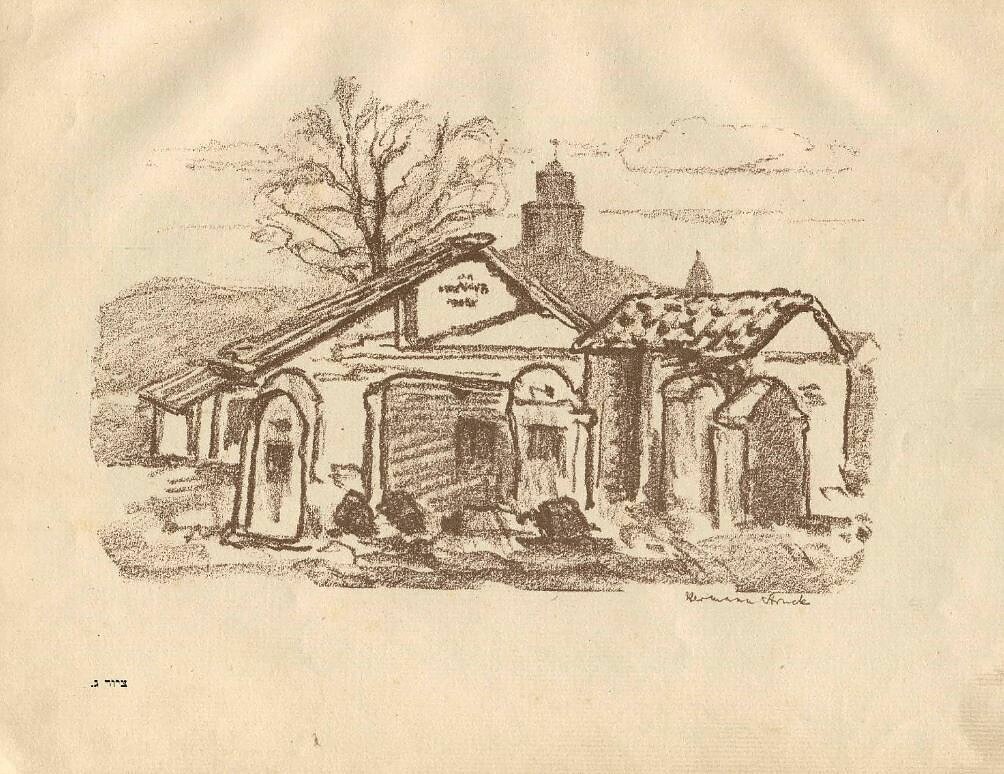 The Vilna Gaon mausoleum in the Jewish Cemetery of Šnipiškės. Drawing by Hermann Struck
5 / 9Judaic Collection of the Lithuanian National Library 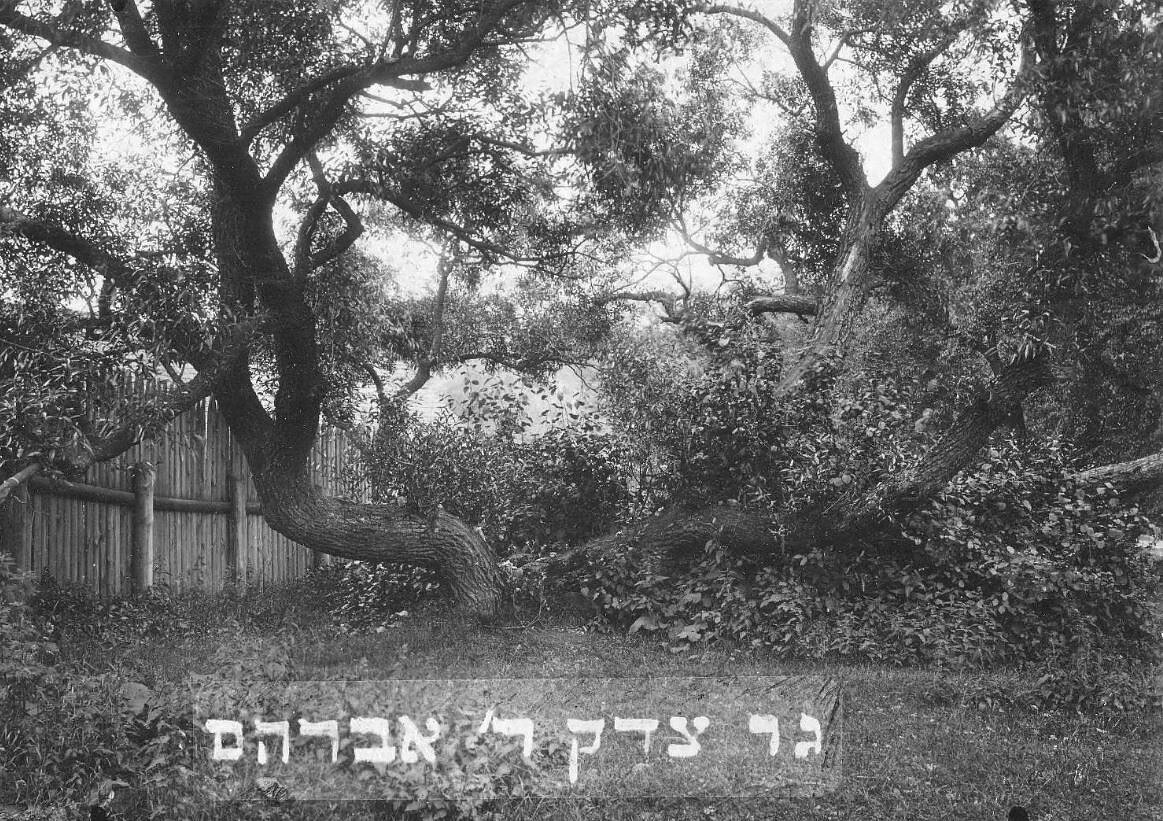 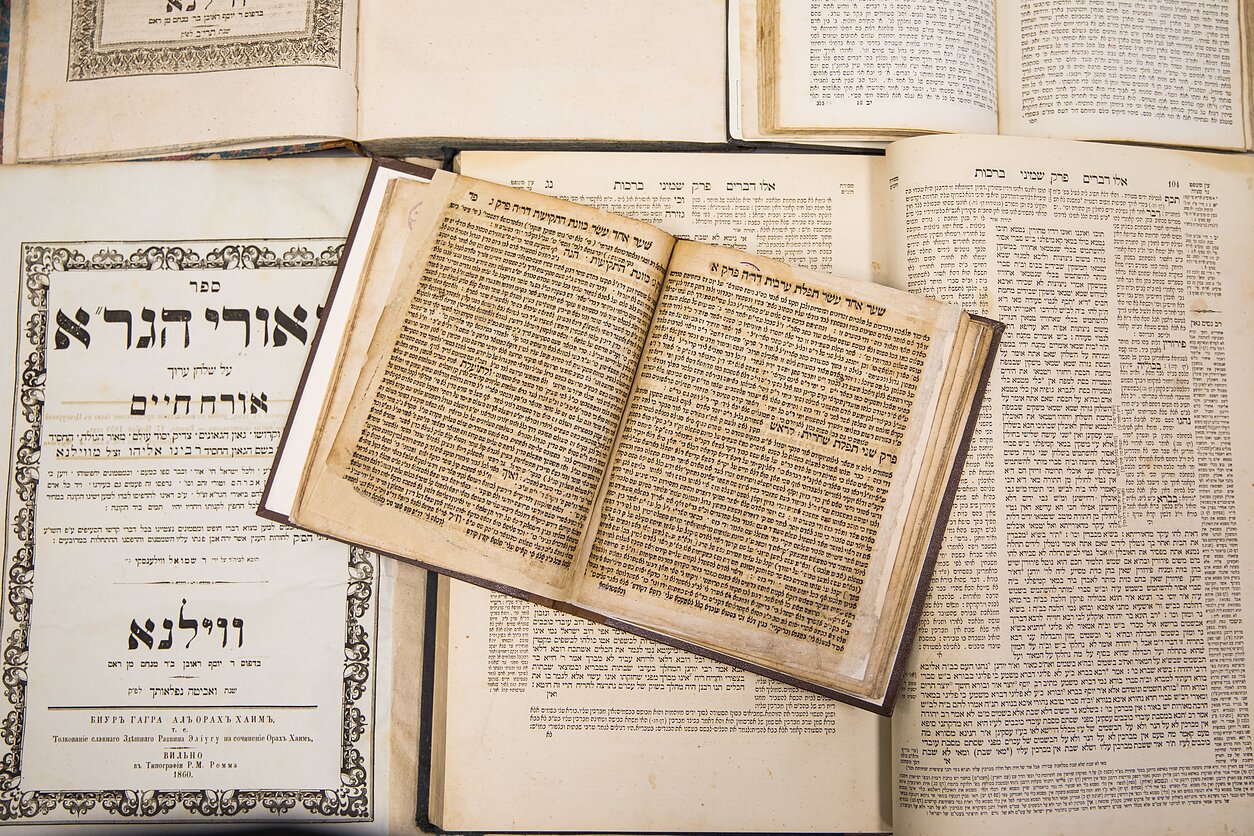 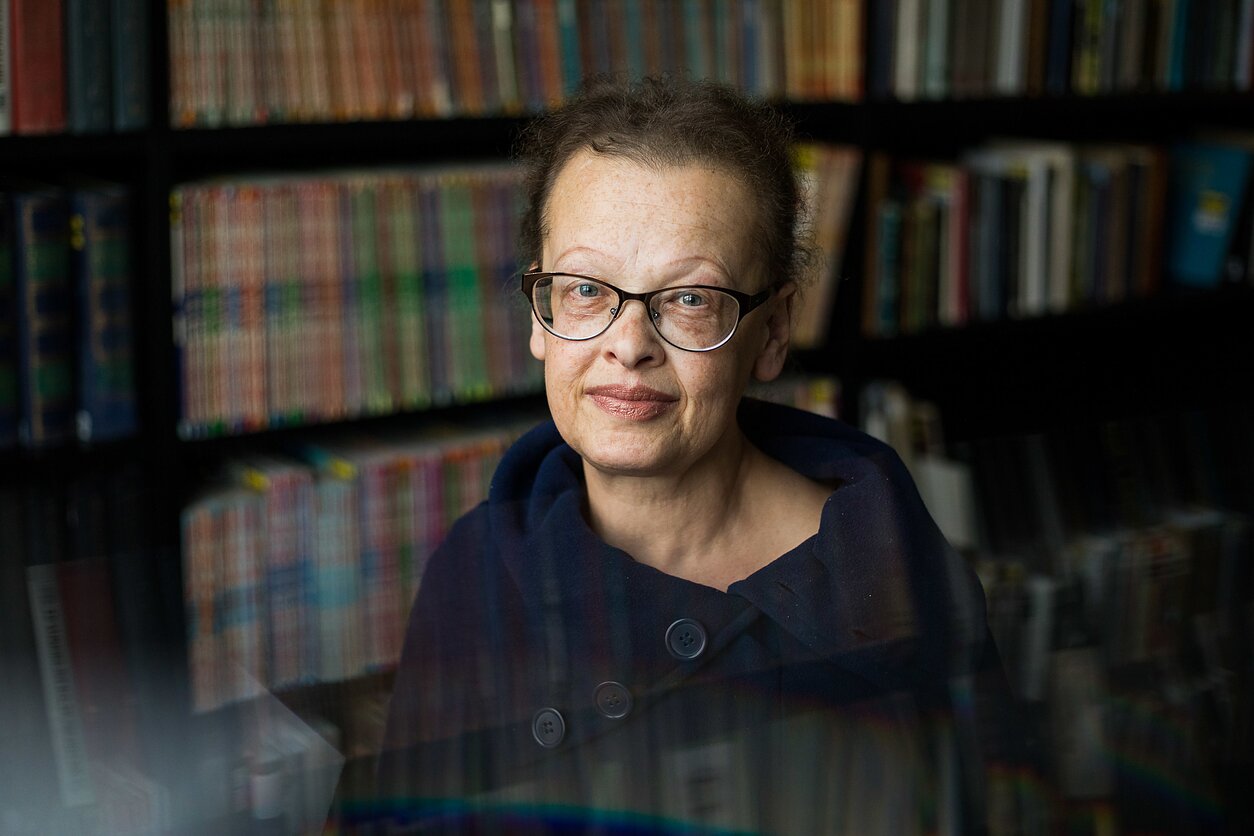 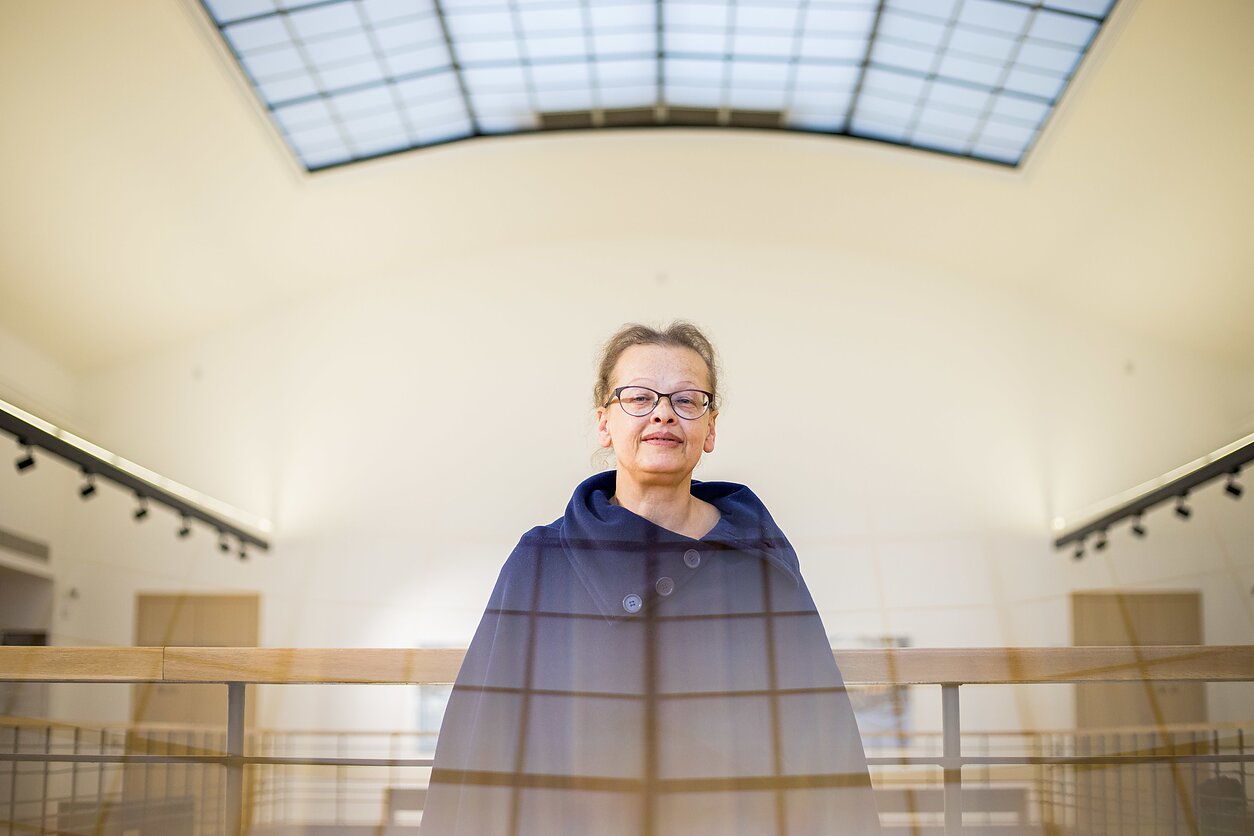