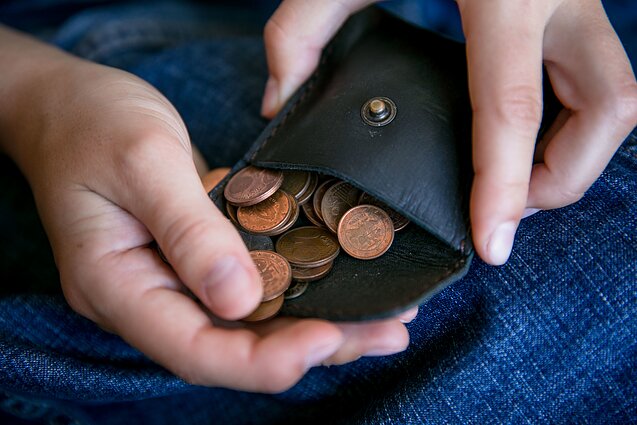 Lithuania has one of the highest poverty rates in the European Union, while its social assistance system fails to help the poor meet their basic needs, a report by the National Audit Office shows.

Last year, incomes of 22.9 percent of people in Lithuania put them at risk of falling into poverty, while 11.1 percent lived in absolute poverty.

“Lithuania stands out in the EU as a country with one of the highest income inequality figures. The top 20 percent have incomes 7.1 times higher than all the poorest,” says Živilė Simonaitytė, deputy head of the National Audit Office.

The office audited the functioning of the country's social assistance system and found that it completely fails to alleviate poverty.

Read more: Almost a quarter of Lithuanians in relative poverty

Only 14 percent of benefit recipients could satisfy their minimum consumption needs, according to the audit results, which in 2018 required a monthly income of €245.

Single people were particularly vulnerable, says Simonaitytė, and only 3 percent of benefit recipients among them could satisfy their minimum consumption needs.

Another problem that the National Audit Office found was that many municipal authorities, that are in charge of distributing benefits, fail to use about half of their budgets for social support.

Vice-Minister of Social Security and Labour Eitvydas Bingelis says it is down to a number of reasons, including stigmatization and bureaucratic mechanisms of claiming benefits.

Moreover, many people entitled to public assistance simply do not know what benefits they can claim.

Audronė Vareikytė, social adviser to the Lithuanian Association of Municipalities, says that increasing monetary benefits will not be enough to help people in need and that a wider range of social services are necessary.

“Many benefit recipients are long-term unemployed, [...] helping them takes complex measures and a lot of work,” she says.

The Ministry of Social Security and Labour has vowed to respond to the National Audit Office's report and look for solutions in cooperation with local municipalities.