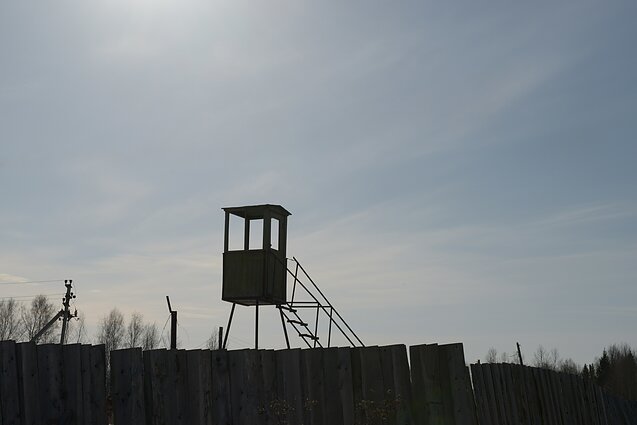 A watch tower in a museum commemorating victims of Soviet-era political repressions located in a former prison camp, some 110 km northeast of the west Siberian city of Perm, Russia. / AP

A new three-volume edition ‘Lithuanians in labour camps and exile’, published by the Lithuanian National Museum, documents the stories of the 1940-1953 deportation victims.

The books, edited by Virginija Rudienė, reproduce documents, letters and photographs secretly taken by the deportees themselves.

Most of the original documents are held in the collections of the Lithuanian National Museum. The exile collection, Rudienė says, holds some 30,000 items, including photographs and things made by deportees in Siberian labour camps.

Volume one of ‘Lithuanians in labour camps and exile’ covers arrests and deportations during the first Soviet occupation of Lithuania in 1940-1941.

Volume two is dedicated to the period of 1944-1953, when the Red Army recaptured Lithuania from Nazi Germany and the Soviets unleashed mass repressions to integrate the country into the USSR.

The last volume tells about everyday lives of Lithuanian deportees, their coping with harsh conditions, efforts to preserve national identity and return home.

While working on the books, Rudienė came across one of the most precious items in the National Museum's archives, a diary of Dalia Grinkevičiūtė written in 1949-1950.

“The first page is almost illegible. ‘A hand feels cold iron’, illegible again, ‘a stage in life ends and now another one begins’,” Rudienė reads a few lines from the diary.

The diary has a very interesting story, she says. Grinkevičiūtė wrote it during her first exile. When she returned to Lithuania, she buried the notebook in her parents' garden.

She was later exiled again and, upon return, didn't find the diary.

Grinkevičiūtė then started writing a memoir which was later published as ‘Lithuanians by the Laptev Sea’, a landmark in Lithuanian deportee literature which was translated into Russian, English and German.

The original diary was discovered in 1991, after Grinkevičiūtė's death, in a courtyard in Kaunas. New residents in the house chanced upon the book buried in ground while planting flowers.