At the Bovanenkovo gas field on the Yamal Peninsula beyond the Arctic Circle, the temperature was already 8 degrees in late May when LRT reporters visited the Nord Stream 2 launch site.

From here, the pipeline stretches to Ust-Luga port near Saint Petersburg, and after another 1,200 kilometres under the Baltic Sea, it reaches Germany.

Nord Stream 2 will allow Russia to bypass Ukraine, potentially depriving Ukraine of billions in transit revenues. Yet, there isn’t much that could prevent the pipeline from being finished next year or even by the end of 2019.

Despite obstacles from the European Union and Denmark, and threats of US sanctions, efforts to stop the construction have largely been futile.

Over 1,000 kilometres of the pipeline has already been laid down on the Baltic seabed, despite fierce opposition from Ukraine and some European Union member states which see it as a political project aimed at dividing Europe and isolating Ukraine.

According to Romas Švedas, Lithuanian energy expert and former deputy minister of energy, Russia's aim is to isolate Ukraine and make Europe more dependent on its gas. 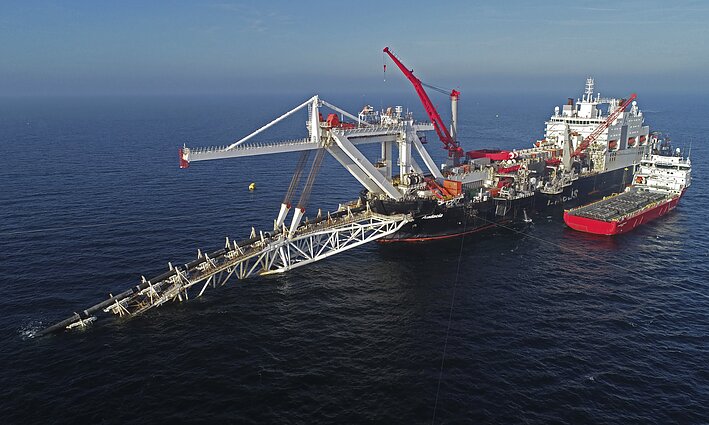 “Europe's energy policymakers declare the need to lower our dependence on Russia, but with such projects we are only making it worse,” Švedas tells LRT.lt.

There are political and moral implications, too, of Europe buying more gas from Russia, according to him.

“By buying gas from Kremlin-controlled companies, we, Europe, are financing the Kremlin's aggression [in Ukraine]. It is a strong political and moral point,” Švedas says.

Gazprom counters that the new pipeline does not have the capacity to completely replace gas transit across Ukraine. Dmitry Khandoga, deputy department head at Gazprom, says that, on the contrary, the company is planning to negotiate a new transit contract with the country.

“We never said that we were building Nord Stream 2 to do away with gas transit via Ukraine,” Khandoga told reporters.

According to him, Nord Stream 2 will cut the distance of gas transportation to Europe by 2,000 kilometres and is in line with Gazprom's strategy.

Gas demand in Europe is set to grow, but experts say there are alternatives to Russian supplies. One of them is Norway. 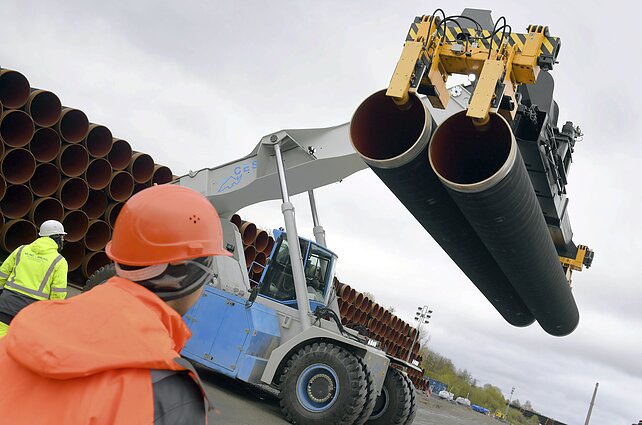 “Natural gas delivery from Norway to other European countries has been growing in recent years,” says Dr. Ramūnas Vilpišauskas, director of Vilnius University Institute of International Relations and Political Science. “It’s an important alternative and we must develop our infrastructural capacities to buy Norwegian gas.”

Another potential seller to Europe is the United States, he says, which can deliver liquefied gas by tankships to LNG terminals.

Indeed, the US is interested in establishing itself in Europe's gas market and Nord Stream 2 has been a cause for tension between the US and Germany. Washington is currently considering sanctions on companies involved in the pipeline's construction.

Gazprom's partners dismiss the threats as speculation, but do not rule out them completely.

“First of all, we do not expect that sanctions will be introduced, and even if they are, there's the question of whom they would affect, whether these would be our main partners,” says Nord Stream 2 AG chief project officer Henning Kothe. “If it's them, they would be the ones to make decisions what to do.”

Gazprom owns a 50-percent stake in Nord Stream 2, the rest is divided among five European companies that are financing the pipeline and threatened by US sanctions – Germany's Wintershall and Uniper, Austria's OMV, France's Engie, and Shell in the Netherlands.

“These are speculations, so I don't want to engage in guesswork what the future will bring,” says OMV Gas International senior vice-president Reinhard Mitschek.

“OMV is a company listed on the stock exchange, so our job is not to do politics, our job is to increase our share value, profit for shareholders and to ensure reliable supply of gas to consumers. Which is what we are doing.”

US sanctions would interfere with Gazprom's plans, but so does the EU's renewed gas directive.

The document, approved by the EU Council in April, seeks to prevent monopolies by separating infrastructure ownership from gas suppliers, according to Vilpišauskas. 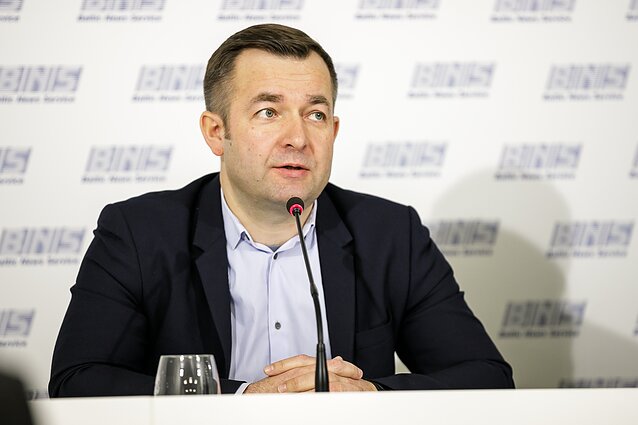 “In other words, the intention is to open up access for competition, so that more than one company could use the pipeline,” he says.

Another obstacle is Denmark, whose energy agency has yet to grant a permission to lay the pipeline in its exclusive economic zone. Nord Stream 2 has already submitted three requests.

Even if Denmark does not grant the permit, it will not stop the project, Švedas believes, though the country's stance is of considerable symbolic importance.

“[Denmark] shows leadership by example for other EU members,” Švedas says. “Sure, Denmark is an obstacle, so if it refuses to assent, [Nord Stream 2] would need to make a few additional turns, it would cost more, but it wouldn't stop the project.” 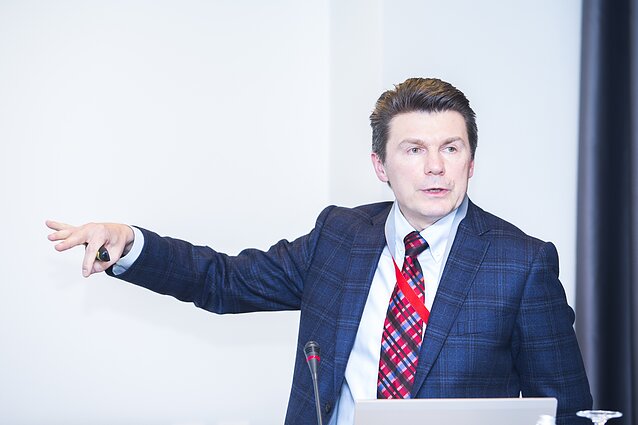 Pipeline builders could bypass Denmark's territorial waters, though it would increase the cost of the project and push back the launch date.

“It is Denmark's decision, which, unfortunately for us, was negative on our first application,” comments Kothe of Nord Stream 2. “It means we still don't know if we'll be able to build the pipeline in Denmark's territorial waters and we're still waiting for the decision.

The pipeline's launch date has been pushed back because of the EU's updated gas directive, approved by the EU Council in April, and Denmark's refusal to issue the permit to build the pipeline in its territorial waters.

Yet, “we have an alternative ready. It bypasses Denmark's exclusive economic zone, so the pipeline will be finished.” 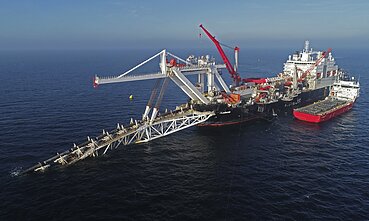 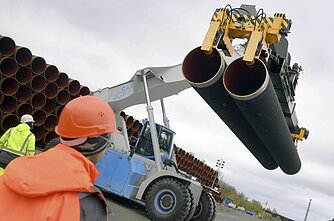 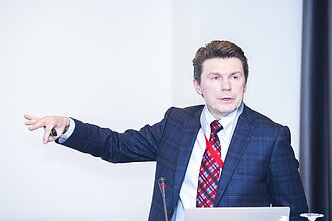 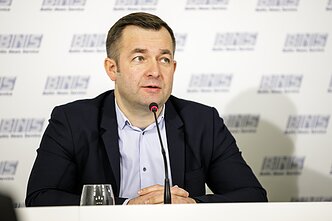 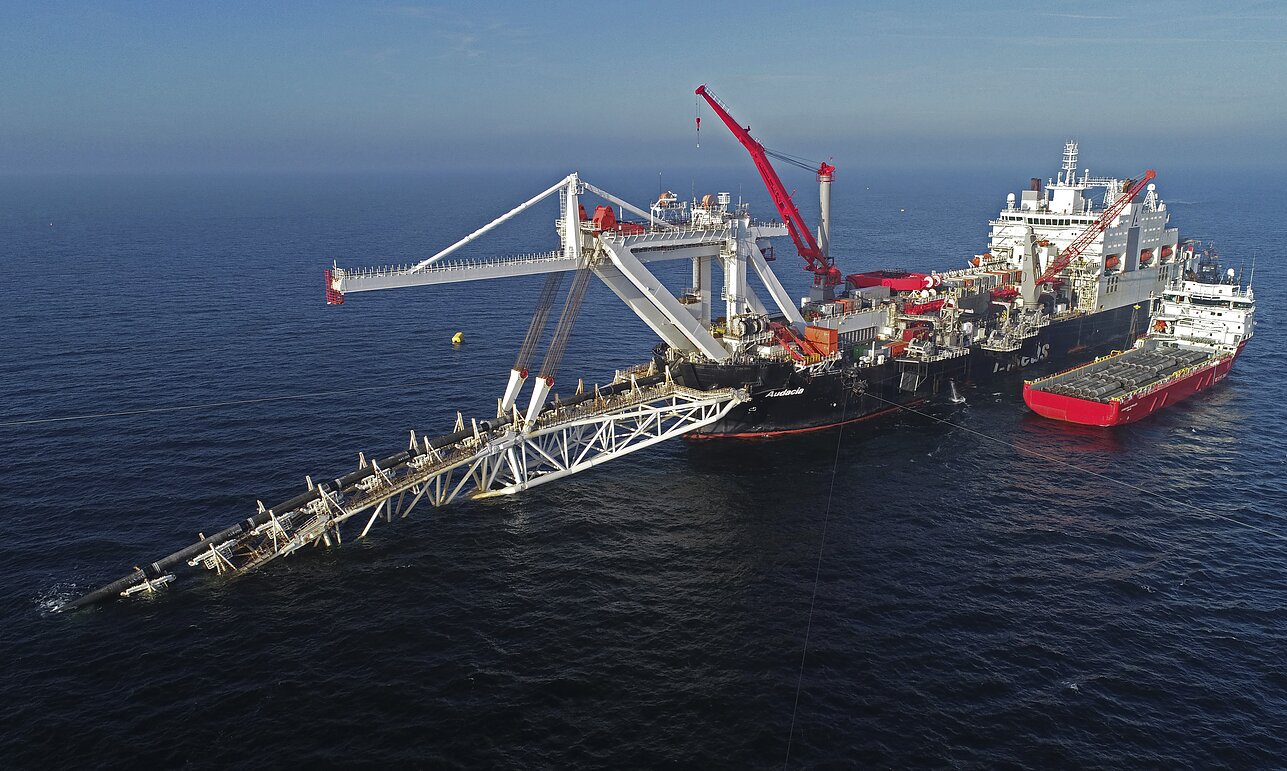 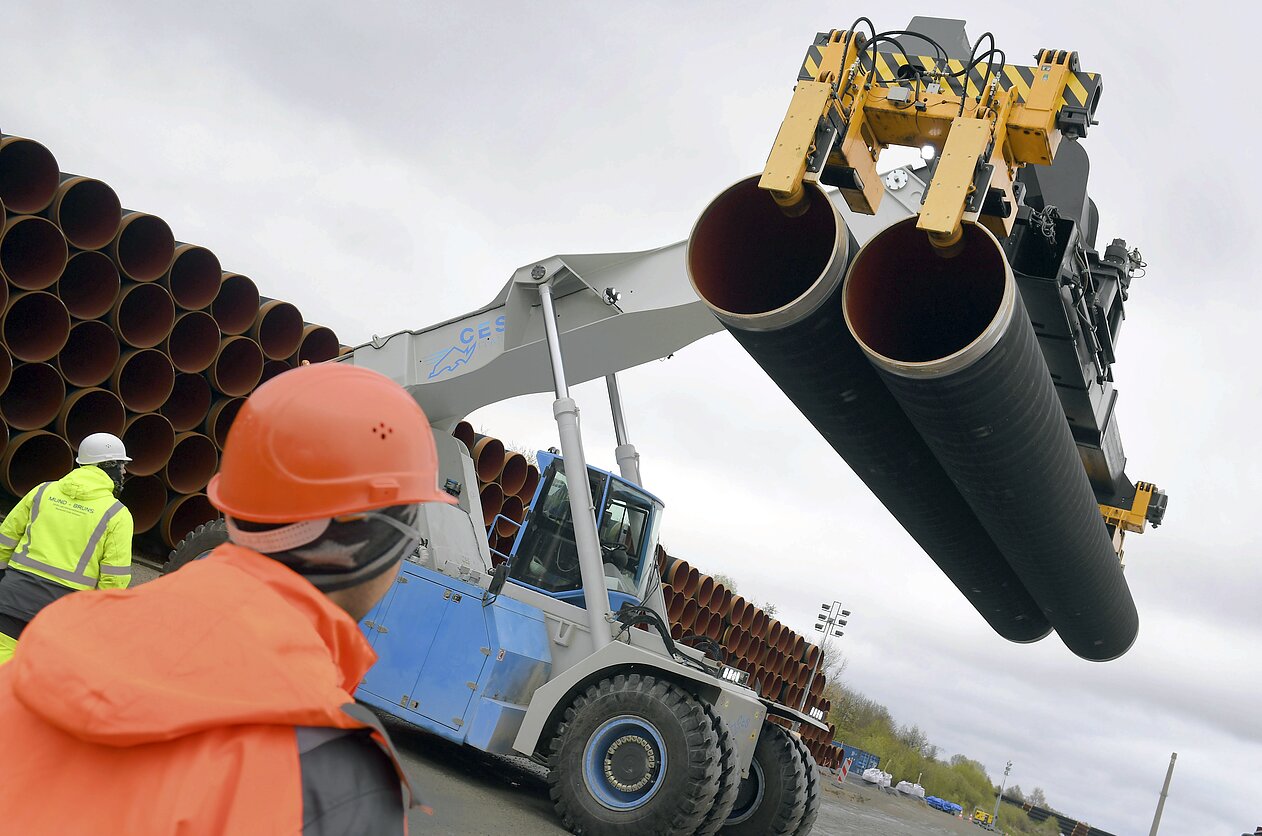 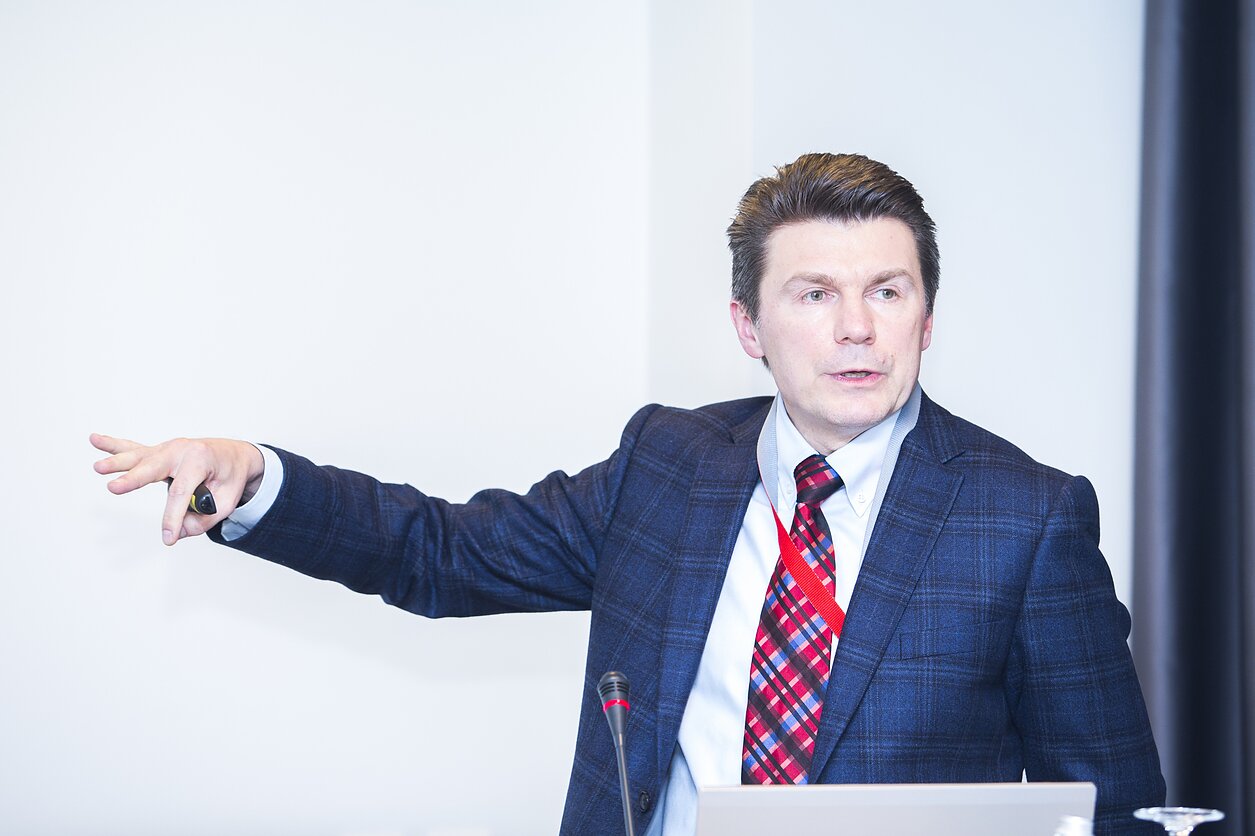 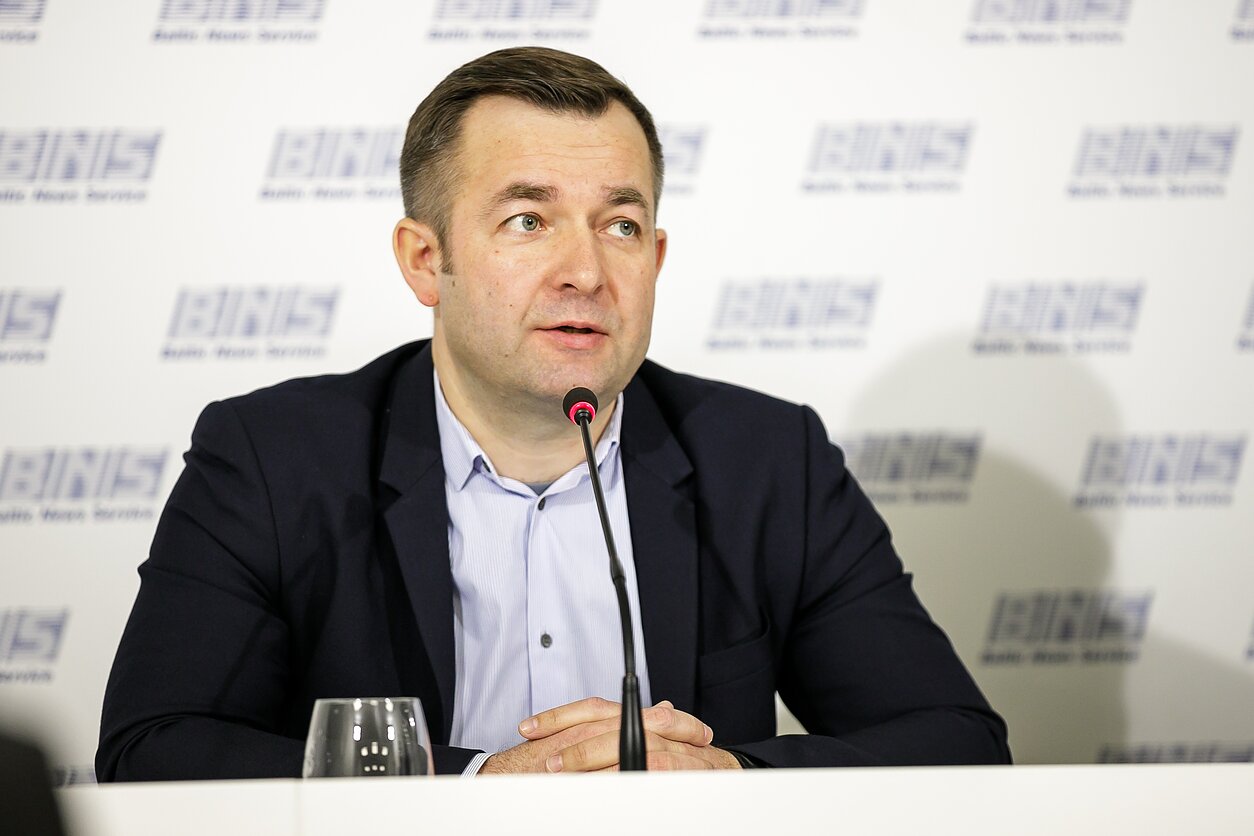