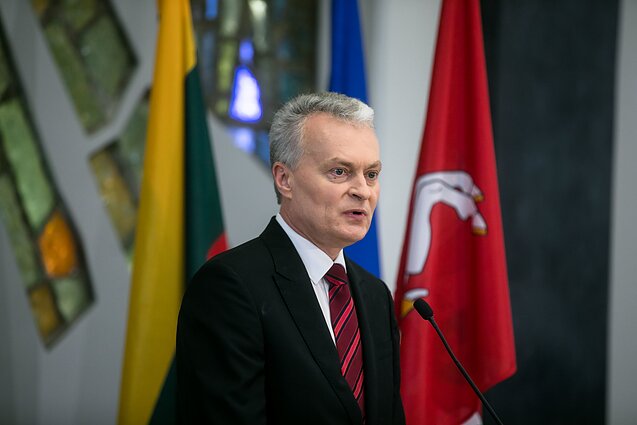 Lithuania's President-elect Gitanas Nausėda says he's in favor of holding parliament elections in spring, rather than in fall, so that a new government could immediately start drafting a new state budget.

"In this sense, spring parliament elections would be a better alternative," he told journalists on Monday.

In his words, due to the existing parliament election date, a new government "inherits for another year that economic policy planned by the older government."

Earlier, the ruling Lithuanian Farmers and Greens Union raised the idea of changing the date for general elections after a break of several years, and the opposition said it was open to discussions.

Now, under the Constitution, Seimas elections are held on the second Sunday of October. To move Seimas elections from fall to spring, two parliamentary votes at least three months apart are needed and the change has to be backed by at least two thirds of all lawmakers, or at least 94 MPs.