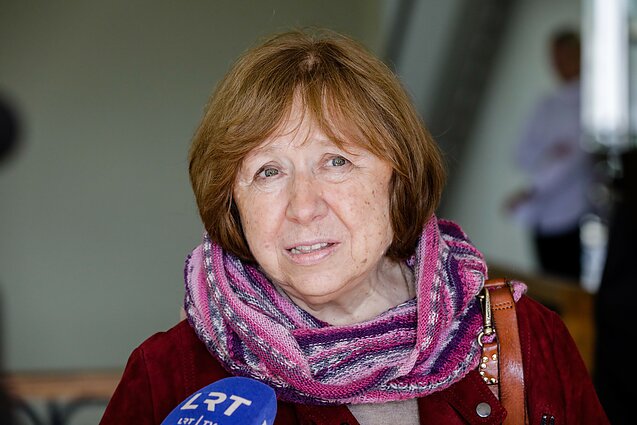 Belarusian journalist and author Svetlana Alexievich has received an honorary doctorate from the Vytautas Magnus University in Lithuania’s Kaunas.

Speaking before the ceremony on Wednesday, she urged the West to give more support to Ukraine in its struggle against the Russian invasion.

“I think the war will go on, and our help, the West’s help, must be even greater. Because Russia is a big country. What mobilisation means is that it’s a lot of people. And we don’t see any revolutionary breakthrough in Russia, we haven’t seen it so far,” she told reporters in Kaunas.

Alexievich lived in France, Sweden and Germany for a decade since 2000 due to political persecution, and she moved to Germany in 2020 following a presidential election in which authoritarian Belarusian leader Alexander Lukashenko claimed victory.

“Of course, it’s sad [that I had to leave]. But it is no harder for me than for others because more than half a million Belarusians have left,” she told reporters. 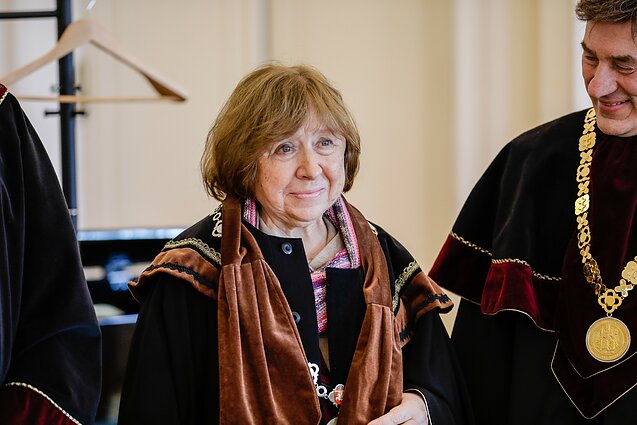 Asked if she believed the situation in Belarus would change, she said that authoritarian regimes “cannot stop time”.

“Of course it will happen because they cannot stop time. They, dictators, think they can stop time. But it is impossible to stop time,” the writer said. “But today everything depends on what happens in Ukraine. We all have to help Ukraine, we have to defeat Putin.”

The author argued that there was no prospect for a quick change in the Russian society either. 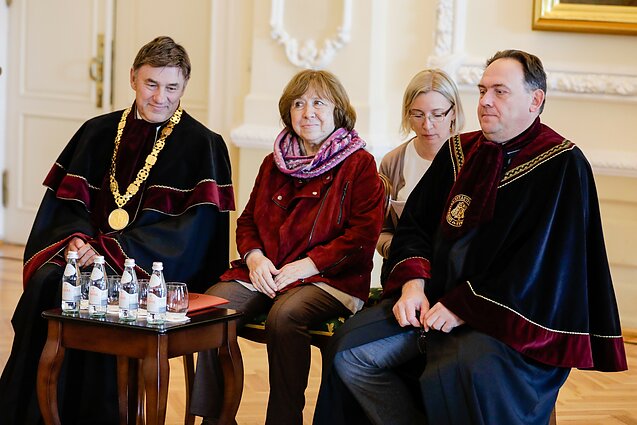 “I have travelled extensively in Russia. It’s as if the people are asleep, as if they are saturated with that television. It’s hard to believe what people say. I remember Kharkiv being bombed, swept off the ground, and a woman saying: ‘Yes, my sister lives there, her house was bombed, but I still believe in our president’,” Alexievich said.

In another case, she said, a Buryat woman who had just buried her son spoke with Russian journalists.

“A journalist asks: what did he die for? She says: otherwise the Ukrainians would be at our borders. Can you imagine? What does it take to make people say that. Putin has spent a lot of money on propaganda, he’s done that to the people. Now everything is coming back, but it will take a long time,” Alexievich said. 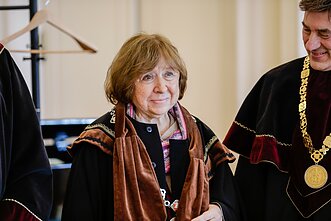 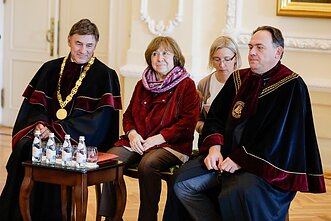