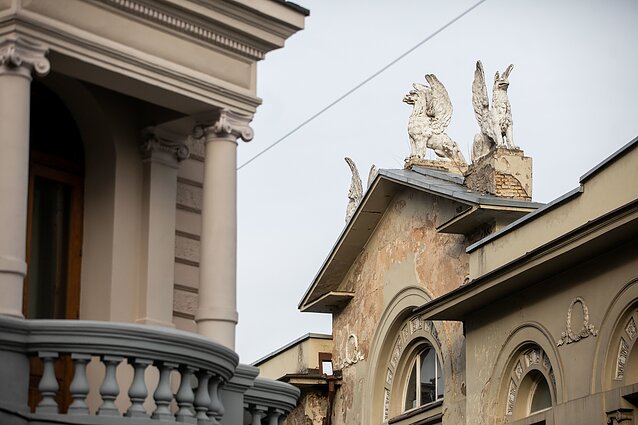 Read through its multiple iterations in Lithuanian literature, it’s difficult not to notice how the city of Vilnius has come to wrap itself in a thick, persistent fog of its own phantasmagorical and multifaceted mythology. It is constantly beating in the background in the ambivalent nostalgia of Antanas Škėma’s White Shroud; its intricacies occupy a central position in the more sober histories of Kristina Sabaliauskaitė; and the apocalyptic textures of Vilnius Poker unfold the city into something more, a metaphysical, nightmarish dreamscape. Yet perhaps the most evocative depiction of the capital can be found in Jurgis Kunčinas’s 1993 novel Tūla, which shares some of Gavelis’s fascination with Vilnius’s dark underbelly, its literal and metaphorical viscera, but remains more grounded in the city as a rich, lived experience through its narrow, almost solipsistic focus on a single character.

Tūla consists of the loosely structured, first-person recollections of its unnamed male narrator, where the titular character Tūla, his one hopeless and lost love, provides the thematic through-line that binds the whole together. The novel’s opening words, “Speak to me, Tūla, whisper to me”, set the desperate tone of the work and again and again the monologue returns to such melancholy pleas addressed directly to the character. 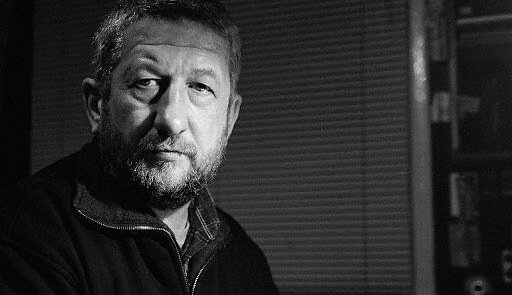 The narrator himself is an almost comically stereotypical bohemian type: an alcoholic and a vagrant given to poetic soliloquies. His life is told in flashes, some of which Tūla is a part of and others that she isn’t, and the whole only comes into view slowly. “If I do remember my ‘pre-Tūlian’ life, then I try not to go into it too deeply,” he admits, and the way the language delicately meanders and winds around its objects rather than tackling them head-on, as again expertly conveyed by the translator Elizabeth Novickas, reinforces that sense of reluctance.

Something has gone wrong in the life of Tūla’s narrator, and it’s not just the loss of the supposed love of his life. His story unfolds in a sequence of squalid apartments, drunken nights at cheap cafés and a locked-up sanatorium for alcoholics, obliquely touching on the painful spots of Lithuania’s recent past and sketching a compelling image of the capital’s Soviet era from an outsider, underground perspective.

Not that our protagonist is anything like a reliable narrator. The realism of the narrative dissolves into the haze of the stylised prose, punctuated by the occasional leap into the surreal, especially in the protagonist’s repeated imagined flights in the shape of a bat to see his yearned-for lover.

Something has gone wrong in the life of Tūla’s narrator, and it’s not just the loss of the supposed love of his life. His story unfolds in a sequence of squalid apartments, drunken nights at cheap cafés and a locked-up sanatorium for alcoholics.

The bat comes to serve as a manyfold metaphor, expressing in one a yearning for escape and the protagonist’s outsider, despised status, as well as hinting towards the vampiric in his careening, self-destructive behaviour that inevitably brings others down with him.

As a novel, Tūla has two major, impressive strengths: its vivid, impressionistic depictions of Vilnius and especially its run-down Užupis neighbourhood favoured by artists, the topography of which the narrator’s life story is intricately woven into; and its free-flowing, lyrical prose, full of colourful details and often breaking into a sing-song wail, imbuing the narrative with enough genuine yearning and emotional heft to keep it from slipping into parody. 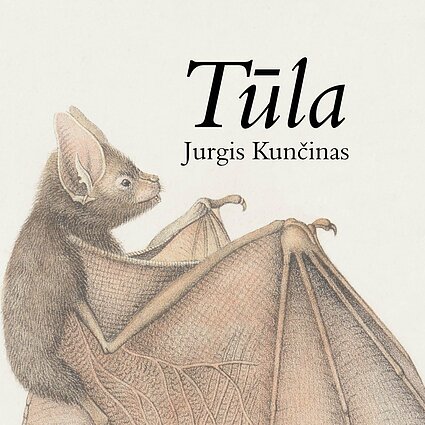 The protagonist’s self-pitying wallowing could easily become overbearing, but Kunčinas mostly shows an acute understanding of where and how to show his hand, to nod to the artifice of his craft in a way that enhances, rather than diminishes, its impact: “sometimes it seems to me that I invented you myself, Tūla”, he starts one chapter with; “I’m so often annoyed by the talk and all the writing about one’s love for Vilnius” begins another. And yet these interventions, shrouding the novel’s core in a paradoxical ambiguity, come at just the right pitch to make the narrator’s love for both Tūla and the city feel even realer, flawed but true, difficult but lifelike.

With its delicate conceits, the novel ends up in a careful balancing act and does not quite make it through its two-hundred-and-some pages without the occasional tumble. There is an extended Ukrainian excursion towards the end that, while well told and fun in its own right and indicative of the protagonist’s vagrant, rootless lifestyle, feels like a structural flaw in the construction of the whole.

Regardless of the title, it is very much a male novel, the often-glimpsed but never quite understood Tūla serving, ultimately, as just a structuring device, a central absence that immerses everything around it with a fundamental sense of emptiness.

Away from its twin hearts, Tūla and Vilnius, the story quickly loses some of that enchantment that makes its opening passages so immersive, some of that deftly spun ambience of doomed romance that just skims the surface of cliché without ever quite surrendering to it. In those diversions it risks becoming something rather less, just another self-glorifying tale of boastful, devil-may-care male dysfunction. It is here that the self-imposed limits of the novel begin to feel like constraints: with no escape from inside the narrator’s mind, no wider perspective on offer, the story can leave its reader without enough fresh air to breathe.

And yet, there is enough of the truly sublime in Tūla to salvage it from a few missteps. The knowing but committed empathy with which it describes the arc of one man’s fall in an uncaring world is, in some ways, reminiscent of Škėma’s White Shroud, even if the style is rather different. 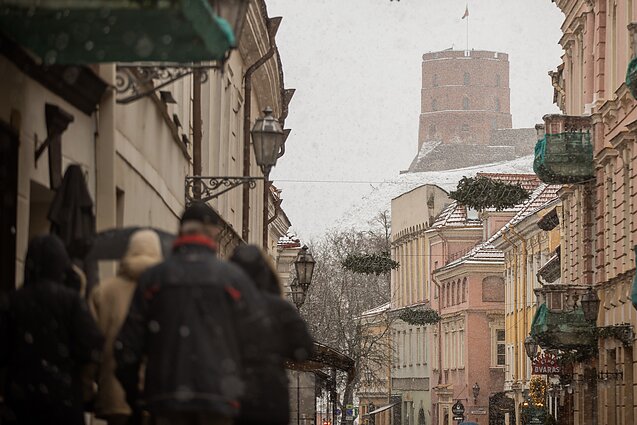 “It is possible, probably, to come to terms with everything by degrees: with the sky falling on your head, with your own shadow getting more and more perverse”, the narrator declares, painfully aware of the fundamentally mundane tragedy of his life, but unable to do much about it other than turn it into another tall tale.

Regardless of the title, it is very much a male novel, the often-glimpsed but never quite understood Tūla serving, ultimately, as just a structuring device, a central absence that immerses everything around it with a fundamental sense of emptiness. And while that very male, wayward sadness is hardly the most original of themes in literature, it is that emptiness that eventually stays with you. 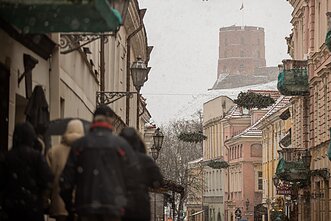 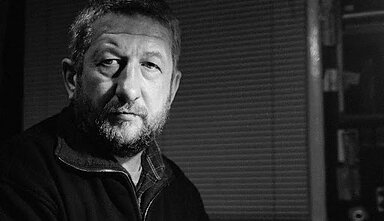 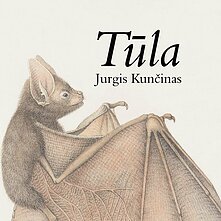 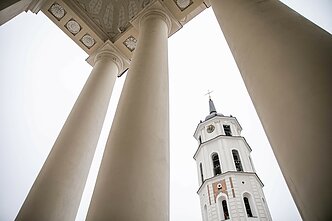