A game of chance you’re bound to lose. Vilnius Poker by Ričardas Gavelis 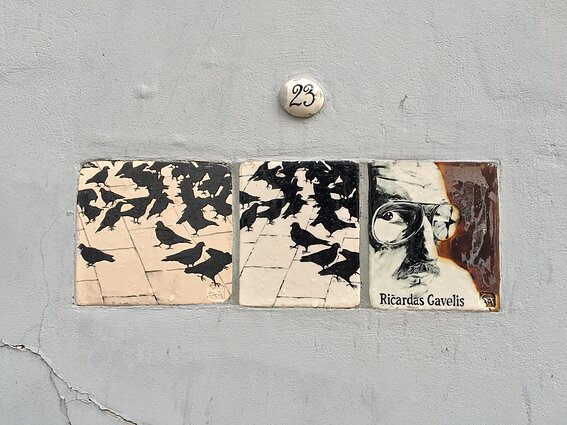 A plaque for Ričardas Gavelis in Literatų Street / R. Dambarvaitė

It has taken this long for this series to land on Ričardas Gavelis’s Vilnius Poker (Vilniaus Pokeris, originally published in 1989), perhaps the most famous of modern Lithuanian novels, not because of a lack of things to say about it, but really the exact opposite: not quite knowing where to start or how to go about the task.

Vilnius Poker is a massive work, more so even than its roughly 500 pages might suggest: it’s bewildering and frequently infuriating, yet also laden with moments of transcendental brilliance. And it comes with all the baggage, positive and negative, that now attaches to the notion of literary “genius”. And so one wants to talk about it; but also it’s not easy to do so. 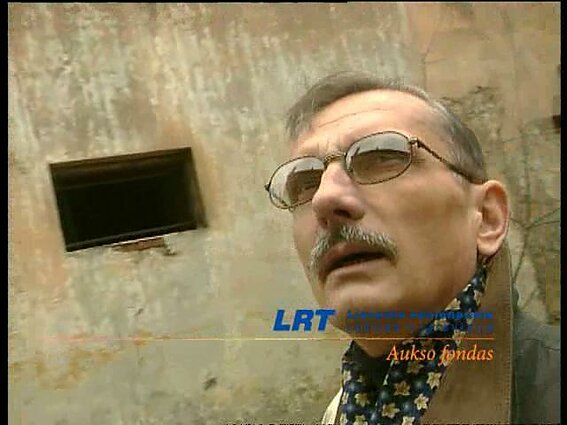 The novel has four parts, narrated by four different view-point characters (including a dog). The setting is Vilnius under Soviet rule in the 1970s. And the story, such as it is, follows Vytautas Vargalys, a rebellious cynic trapped in a meaningless job as a cataloguer at a public library, and his developing relationship with a mysterious, idealised woman introduced merely as “Lolita”.

Beyond all that, the heart of the novel beats in Vargalys’s obsessive investigations into a – perhaps supernatural, possibly imaginary – nefarious cabal only referred to as Them that secretly controls everything. Really everything: even one’s private thoughts are not secure; even the pigeons are suspect. Because of Them, “in the eternal war between the darkness and the light a soulless gloom always wins”.

Vargalys’s total paranoia reflects the oppressive conditions of life in Soviet Lithuania, yet one could easily enough transpose the narrative, down to its most outlandish details, to our present day of QAnon.

Vargalys’s total paranoia reflects the oppressive conditions of life in Soviet Lithuania – his traumatic prison camp experiences are offered by way of explanation – yet one could easily enough transpose the narrative, down to its most outlandish details, to our present day of QAnon.

And like all the best conspiracy stories, Gavelis really draws you in, makes you feel the thrill of getting closer and closer to the truth: “At the instant of insight you fall into a new, absolutely different world. A universe of strange episodes and images that your mind isn’t adapted to, that no part of you is adapted to.” It is this very real enchantment and the pervasive sense of weirdness just about to make sense that carries the bravura first part, even as events descend into chaos and violence. 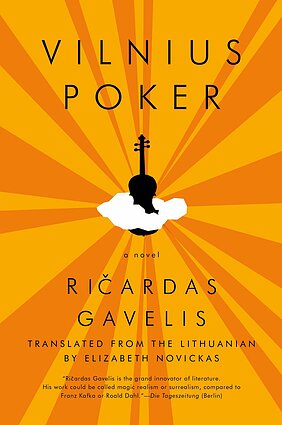 The undeniable virtuosity of this first chapter, taking up more than half of the novel, turns into something of a burden in the latter parts: after the breathtaking opening, there is a sense of diminishing returns.

None of the other narrators manage to compel like Vargalys: not the machine-like librarian Martynas or the library’s scatterbrain secretary Stefanija. Indeed, there are real questions about Gavelis’s ability to write convincing female characters, and Stefanija’s part only ends up underlining to an uncomfortable degree the sheer maleness of the novel’s worldview.

By this point the novel has few secrets left to reveal, and Gavelis himself does not seem particularly committed to these latter parts: Stefanija only gets fifty-some pages; the thirty of the concluding ‘Vox Canina’ feel like a clever if insubstantial gimmick.

There is a lot in Vilnius Poker about lofty concepts like freedom, about why progress fails, what it means to be Lithuanian or to live in Vilnius. Ultimately, however, it is perhaps best not to think too much about what the novel is trying to say and instead focus on the moments of brilliance scattered throughout.

First among these is an illicit, apocalyptic jazz concert – “a concert overflowing with horror” – in an abandoned church, a performance of the titular Vilnius Poker: “Gedis has played it, he has shown how the soul vanishes, how it is no more – only screeches, screams, insanity, soulless ecstasy, chaos remain – that’s how Gedis imagines the eternal poker game of Vilnius.” The passage revels in the supreme power of art while mourning its inability to do anything but reflect the terror of the world.

As a writer, Gavelis very much wears his influences on his sleeve: in fact, in keeping with his postmodernist ethos, he entwines their figures into the conspiracy-ridden world of his narrative, as prophets who have glimpsed parts of the hidden truth: “all I needed was to read Kafka carefully to understand there’s no reason in Their system”.

Albert Camus is recast as a victim of shadowy forces who knew too much; the Argentinian existentialist Ernesto Sabato also gets a shout-out. There is a lot that Vilnius Poker shares with the works of those authors: the nightmarish, oppressive atmosphere; the protagonist’s delusional obsessions and detachment from wider society; and a pervading, murderous cynicism. 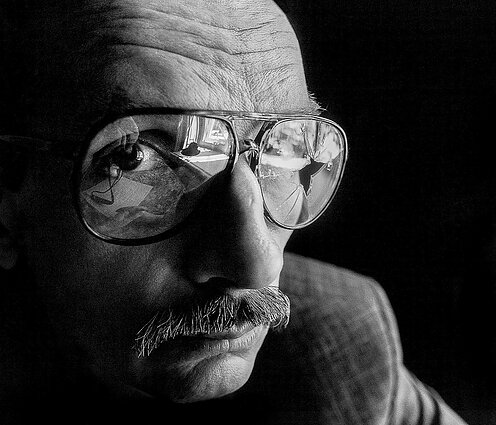 But then, that cynicism, and the relentless wallowing in despair and violence that comes with it, can quickly become overbearing. Many passages are just unpleasant to read, as characters spiral out of control. There was something similar in Sigitas Parulskis’s Darkness and Company, discussed here before, but at least that work was grounded by a firm morality at its core; Gavelis has no time for anything like that.

The characters feel urgently the lack of empathy in the world, but also in themselves. There is a recurring motif of people who have “light in their eyes” and people “with the stare of the void”, yet in the end only the latter remain standing. And that’s the point. It is a misanthropic book, sometimes suffocatingly and a little too self-satisfiedly so.

There is something fundamentally all-or-nothing about Gavelis’s work: if you allow yourself to be led blind into its world, you will be rewarded with an unforgettable, unique experience. Yet if you stop on the way to think too much about the flaws, the whole thing might just come tumbling down.

Translating a work of such density cannot have been an easy task, but Elizabeth Novickas’s treatment for Open Letters Books (also available in a 2016 reprint from Pica Pica Press) reads exceptionally well. The multiple stream-of-consciousness passages are a particular highlight, and indeed they need to be, as a novel like this would simply not work if the reader could not freely abandon themselves to the flow of the text.

Novickas also handles deftly the changes of voice between the chapters, projecting a distinct feel for each: this provides an especially welcome change of pace at the midway point, when Vargalys’s ranting is suddenly replaced by the cool indifference of Martynas’s “mlog”.

There is something fundamentally all-or-nothing about Gavelis’s work: if you allow yourself to be led blind into its world, you will be rewarded with an unforgettable, unique experience. Yet if you stop on the way to think too much about the flaws – and there are many flaws – the whole thing might just come tumbling down.

For that reason, it is difficult to really assess Vilnius Poker. You might find it ridiculous and off-putting. Or just too much. Actually, so do I. But also it really is great. And I just don’t quite know how to resolve that contradiction. Make of that what you will. 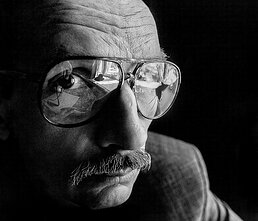 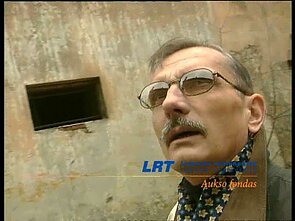