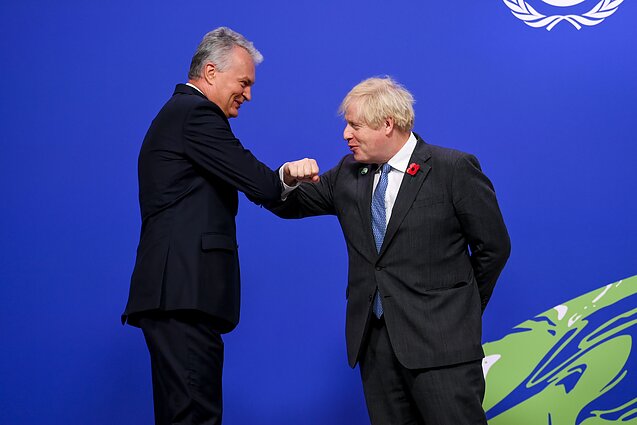 Nausėda and Johnson met at the UN Climate Change Conference (COP26) in Glasgow.

“We were sitting next to each other on the bus, and I asked him when he will finally come to Lithuania,” Nausėda said.

“It turns out he has roots in Kaunas. So I reminded him that there will be a great opportunity [to visit Lithuania] because Kaunas will be the European Capital of Culture in 2022,” he added.

According to Nausėda, Johnson expressed interest in the idea.

The British PM’s great-grandfather, Elias Avery Loew, was a Jewish Rabbi born in Kalvarija, a town in today’s southwestern Lithuania. Loew’s parents were also born in Lithuania’s Kaunas and Kalvarija. The family later emigrated to the United States. Johnson was born in 1964 in New York.