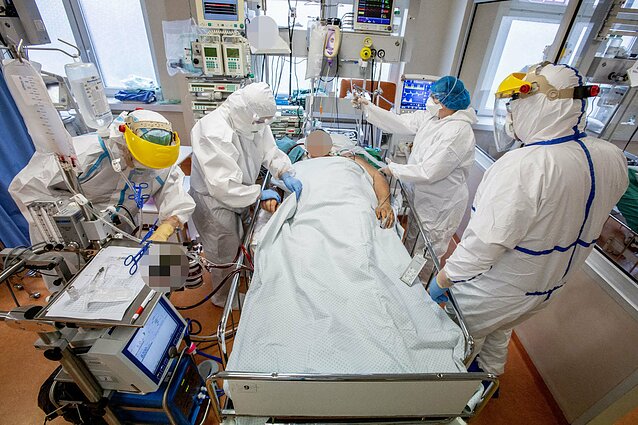 The number of Covid patients in Lithuania's hospitals has been growing. Now, medics and children are among those being admitted to Vilnius' main hospital, Santara Clinics.

“The children are not in a critical condition, while [a 14-year-old] patient is getting better,” said Feliksas Jankevičius, head of the hospital. “The youngest child is several years old.”

He said that the situation at the hospital is in control and stable, but it can change any day. The occupancy rates of Covid wards and ICU units are currently between 80 and 90 percent.

The average age of patients has also been decreasing, with the hospital admitting people aged 30 and below, as well as children.

The elderly remain the most at-risk group, according to Jankevičius.

“The biggest part of patients at the Santara Clinics are unvaccinated, but we also have vaccinated people,” he said. “These are the people who are older and have chronic illnesses, but also those whose immunity after the second shot of the vaccine has faded out, because more than six months have passed.”

The third shot is especially important for medics and people of more advanced age.

According to Friday’s data, five vaccinated medics are currently hospitalised, with the main reason being the decreased immunity months after the second dose of the vaccine, Jankevičius said. 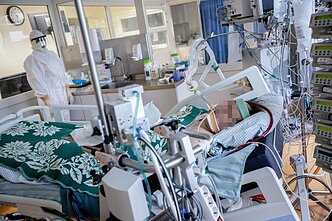 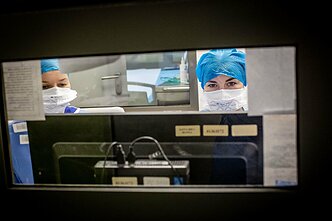