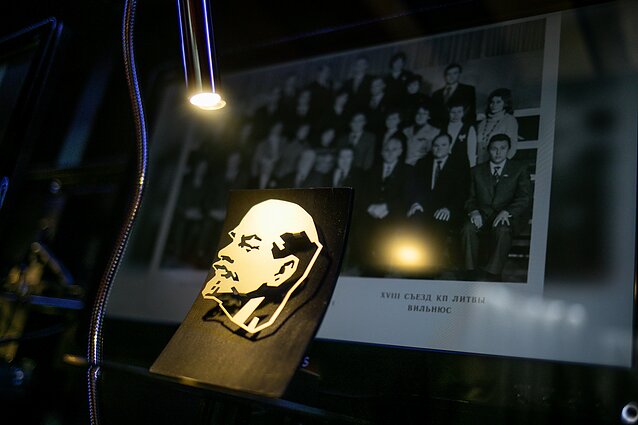 A new exhibition looks at the effort to forge a new kind of person in Lithuania under the Soviet rule.

Red walls, red banners behind glass, the face of Lenin from all angles, the motto: “I say one thing, I think another, I do the third” and even a copy of Playboy smuggled into the Soviet Union. These are some of the exhibits of the new museum Project Homo Sovieticus, which opened this week in Vilnius.

The museum is housed in the old Tuskulėnai Manor on an estate dating back to the middle of the 16th century.

However, the manor building, designed in the classicist style, has been changed beyond recognition for the display, turned into a red, almost bloody laboratory, a “forge” of the so-called Homo Sovieticus - “Soviet man”.

The purpose of the exhibition, the organisers say, is to show the efforts and means of the Soviet regime to create a new social, cultural and political environment and a supposedly progressive Soviet citizen. 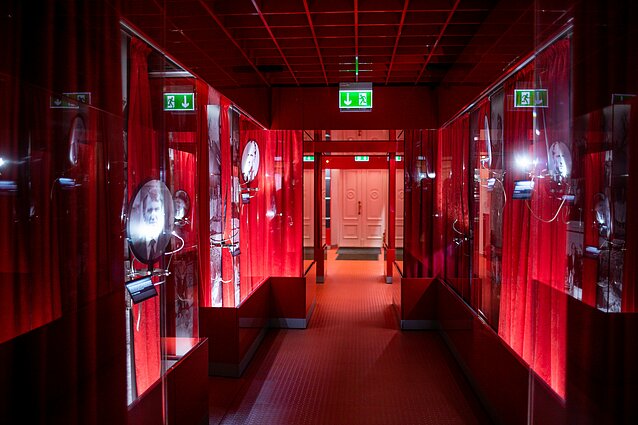 According to the head of the museum Dovilė Lauraitienė, each visitor will have to decide for themselves: to what extent did the Soviet system succeed in this project?

“The colour red for the museum is the idea of ​​our architect Darius Baliukevičius. The colour reflects the idea of ​​the Soviet laboratory, because this manor itself carries a slightly different message. After all, human hands can create beauty, goodness, but at the same time they can destroy everything, break a person's consciousness. It is the red colour that symbolises one's immersion in the Soviet period and reflects the main idea of ​​the museum as a laboratory,” Lauraitienė tells LRT.lt.

The display consists of five themes presented in separate halls: culture, morality and transformation of values, religion, transformation of identity, and everyday life. There is also a symbolic ‘Alley of Memories’, which displays portraits and presentations of specific individuals who lived in the Soviet times.

“At the moment, we have collected more than 3,000 objects that perhaps will replenish the exposition in the future. At the moment, the exhibition contains 200 exhibits. These are materials from various archives, libraries, other museums and it is very pleasant that people just come to us, ring the doorbell, put a box and say: take it,” says the head of the museum. 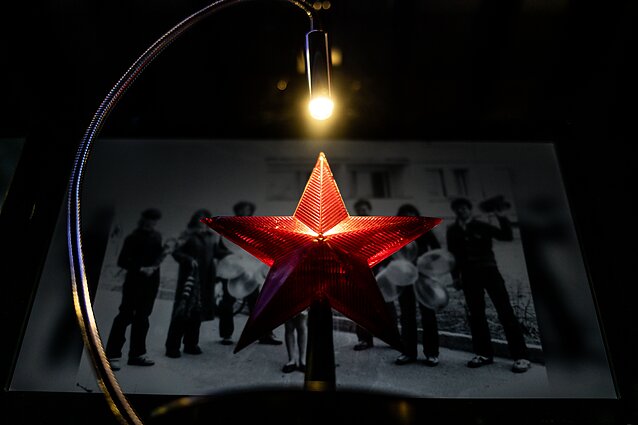 Lenin and the partisans

The entire exhibition is presented on three levels: the upper row displays objects reflecting the so-called imposed officialdom; the middle row talks about the everyday, ‘normal’ life of people; the lower row tells stories about deviations from the Soviet ‘normality’: from cultural or domestic hooliganism to conscious and sustained resistance to the system.

“For example, in the hall dedicated to culture, we see that on the top row there is a portrait of Lenin, and indeed, the image of the leader and party leaders was a profitable business in those days. In the second row there is an ex-libris, a neutral work of art, which Lithuanian artists could do outside of their working hours, but again, without forgetting about self-censorship or dreaming of, for example, pop art. And below we see the third piece depicting the killed Lithuanian partisans, who could not be shown anywhere and under any circumstances,” says Rokas Miknevičius, a guide at the museum. 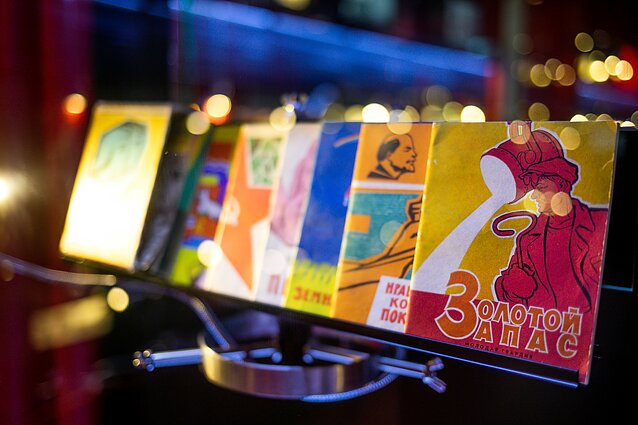 “We consider this exhibition to be a unique conceptual solution,” says Arūnas Bubnys, head of the Genocide and Resistance Research Centre (LGGRTC). According to him, the division is inescapably relative - after all, everything in life was interconnected, so the exhibition should stimulate discussion and reflection, so that each visitor could discover a thoughtful individual connection with the Soviet past.

In each room, there are interactive terminals where visitors can watch videos and pieces of Soviet propaganda, photos, complete quiz tasks and look up definitions of the vocabulary used in Soviet times.

“When the Soviets came to Lithuania, it was a religious country, people followed the 10 commandments. However, with the advent of communism, a new ‘Bible’ came along. In our museum, we present the Communist code of 12 points, which explained how you should behave in order to be a real Soviet citizen: to love the Soviet homeland, etc. [...] But did people adhere to this code? The old values ​​were gone, but the new ones were never fully accepted. There emerged a so-called two-faced man who said what he had to say, but kept everything he meant to himself,” says Miknevičius. 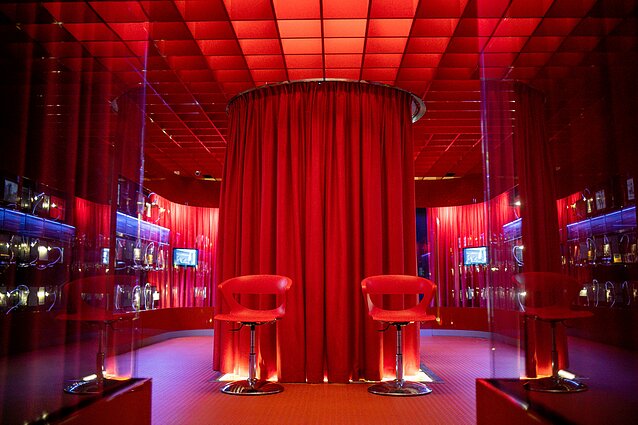 According to him, the hall dedicated to Transformation of Identity contains a unique object, a vinyl record of the 1985 Song Festival. Although it was released in the Soviet times, the cover design contained the Lithuanian tricolour flag.

“The Soviet government maintained the line that fascists ruled Lithuania during the interwar period. And we, the Soviets, saved you. What did they do to break the national resistance? There shouldn't have been peoples with their histories, only one big Soviet people,” says Miknevičius. “To do this, it was necessary to erase the memory of independence and forbid people to think of themselves as a separate nation. Russian culture and the Russian language were to dominate. National cultures could be present, but in very limited amounts.”

The second floor of the museum building houses spaces for educational and cultural events. Visitors can play the educational computer game Soviet Incubator. 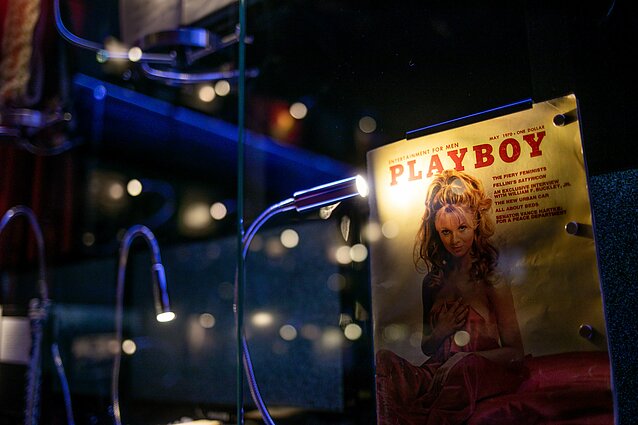 “Each person should visit the museum and decide what they think about the exhibition,” says Lauraitienė. For some Lithuanians, life during the Soviet period was not bad, while others fought the system.

The younger generation, however, have no direct experience of the period, she adds, and the exhibition is intended for them, too.

“They can learn about it only from the stories of their parents and grandparents, and this is the only way they can imagine how we lived at that time and how they created this Soviet man. And each individually, through their own experience, will be able to say how much of this Homo Sovieticus remains in them and their environment,” says Lauraitienė. “In my opinion this project of forging a Homo Sovieticus failed in Lithuania.” 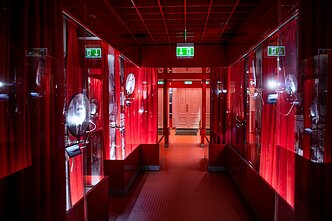 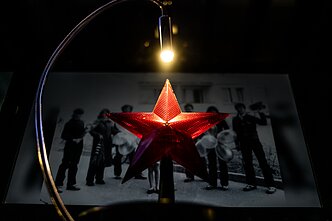 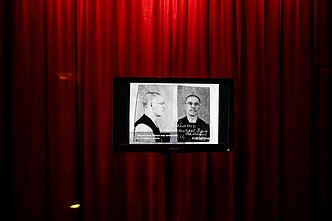 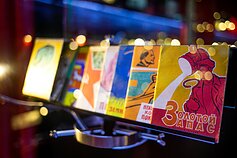 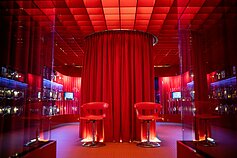 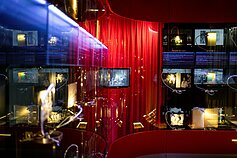 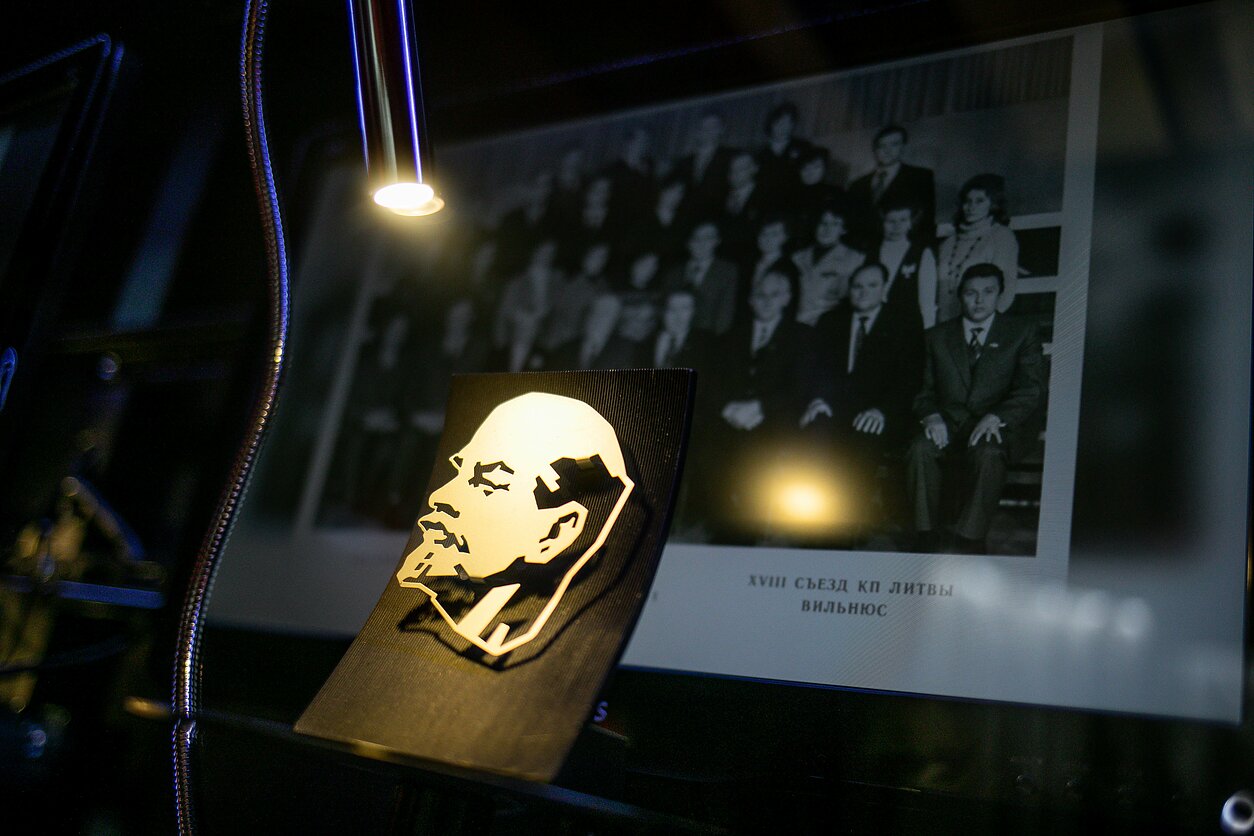 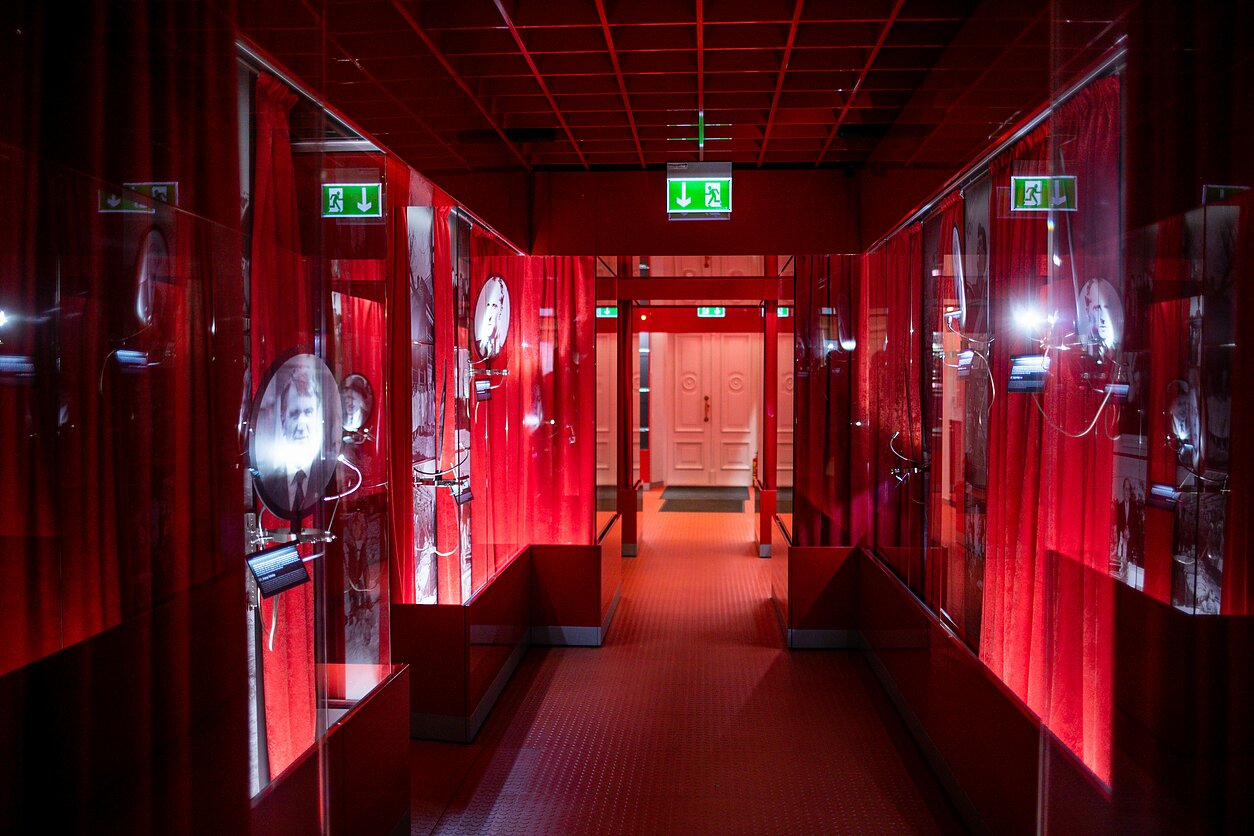 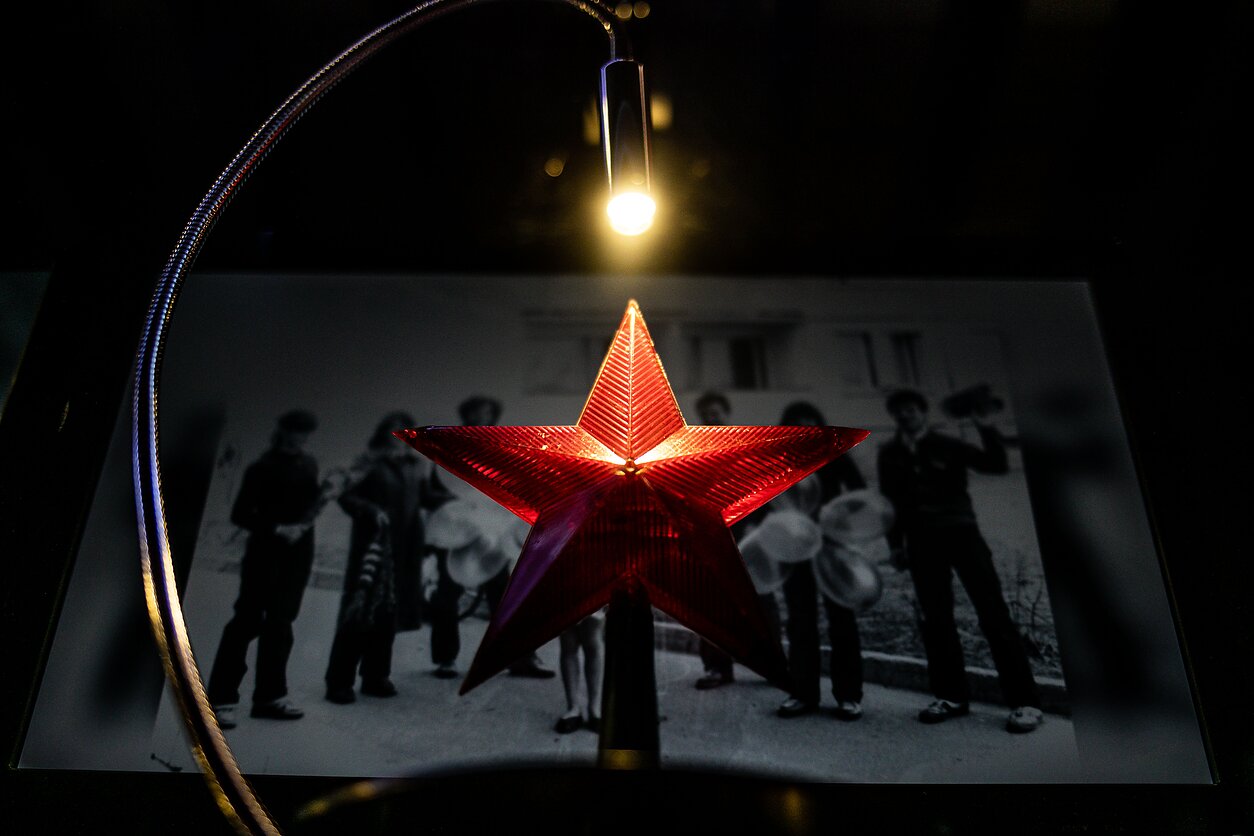 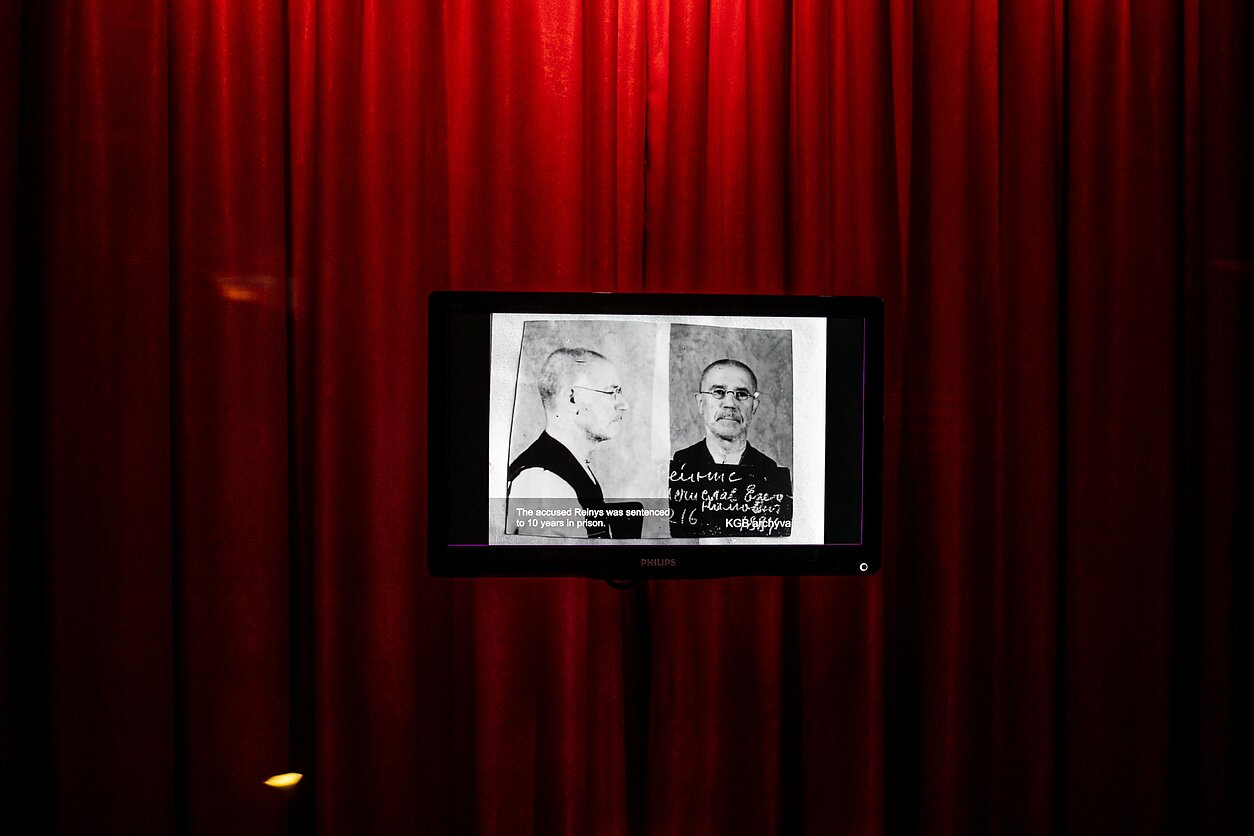 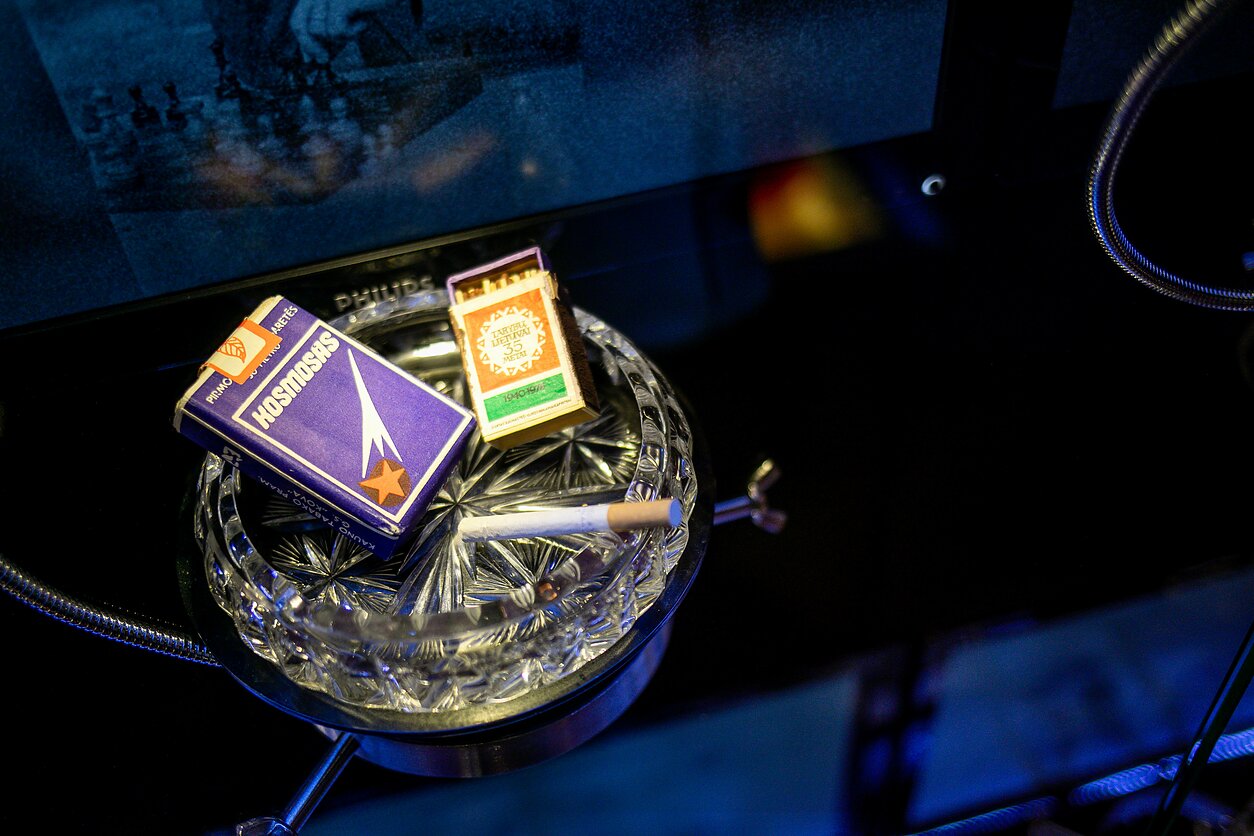 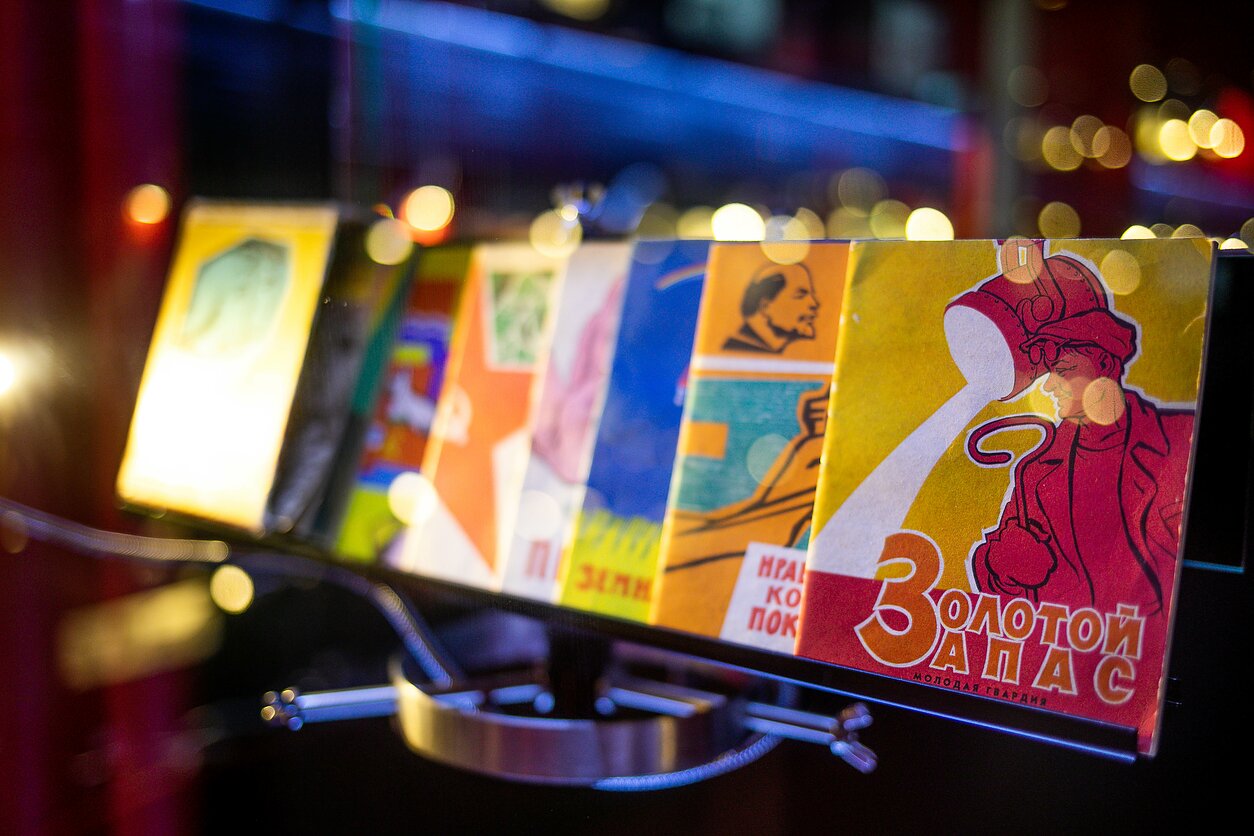 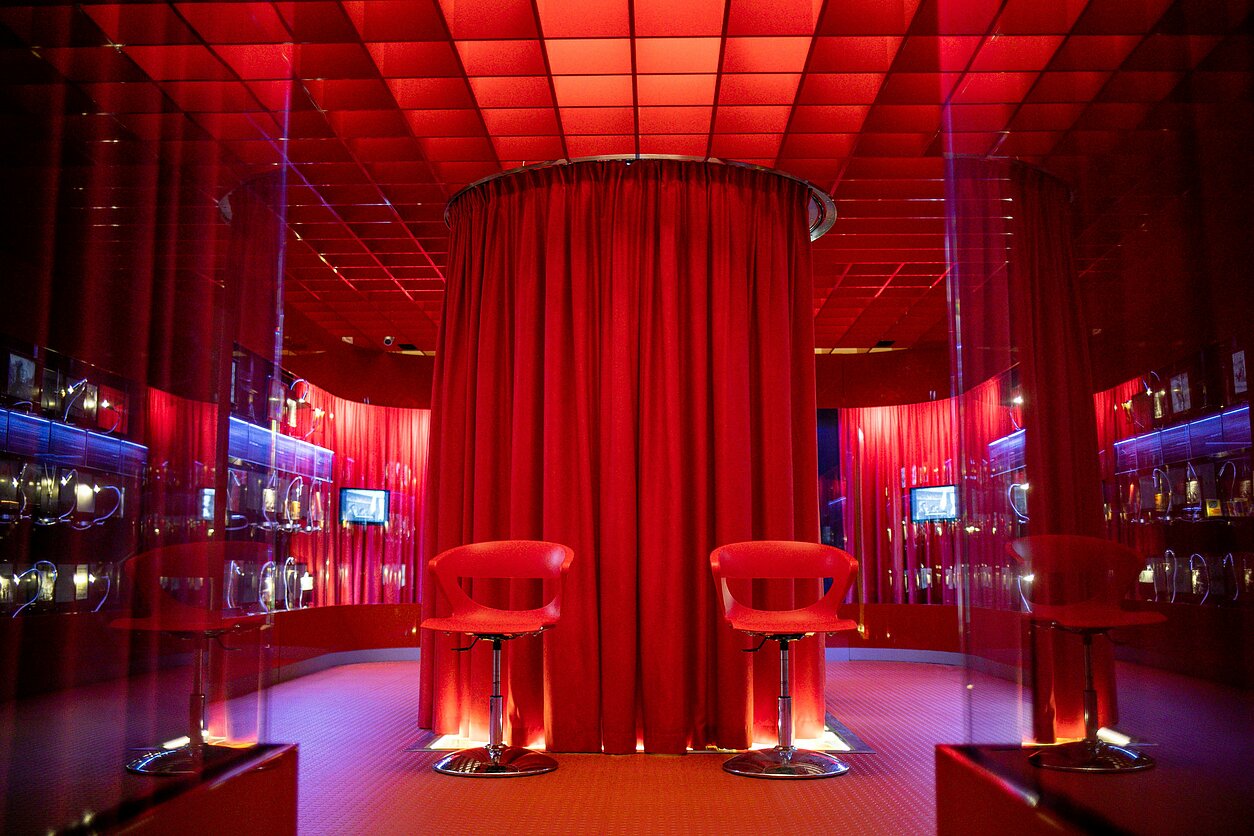 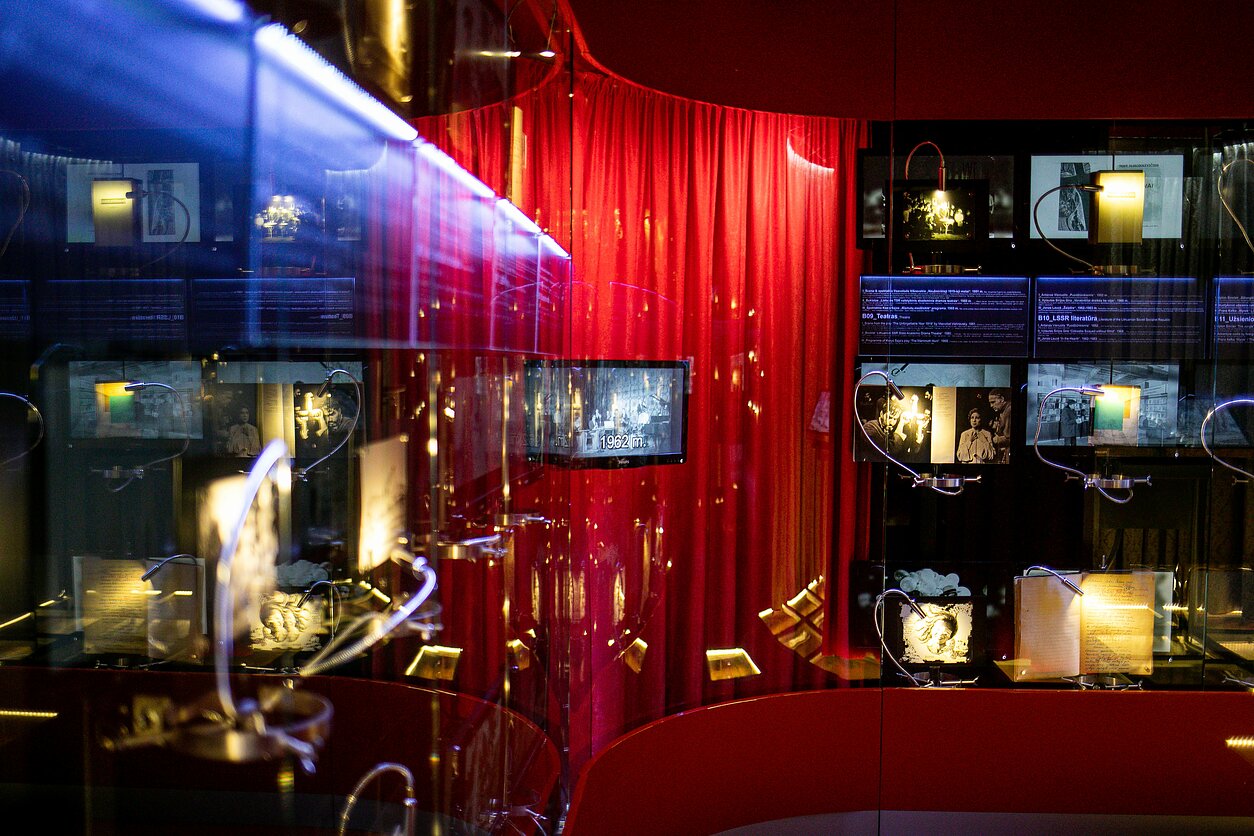 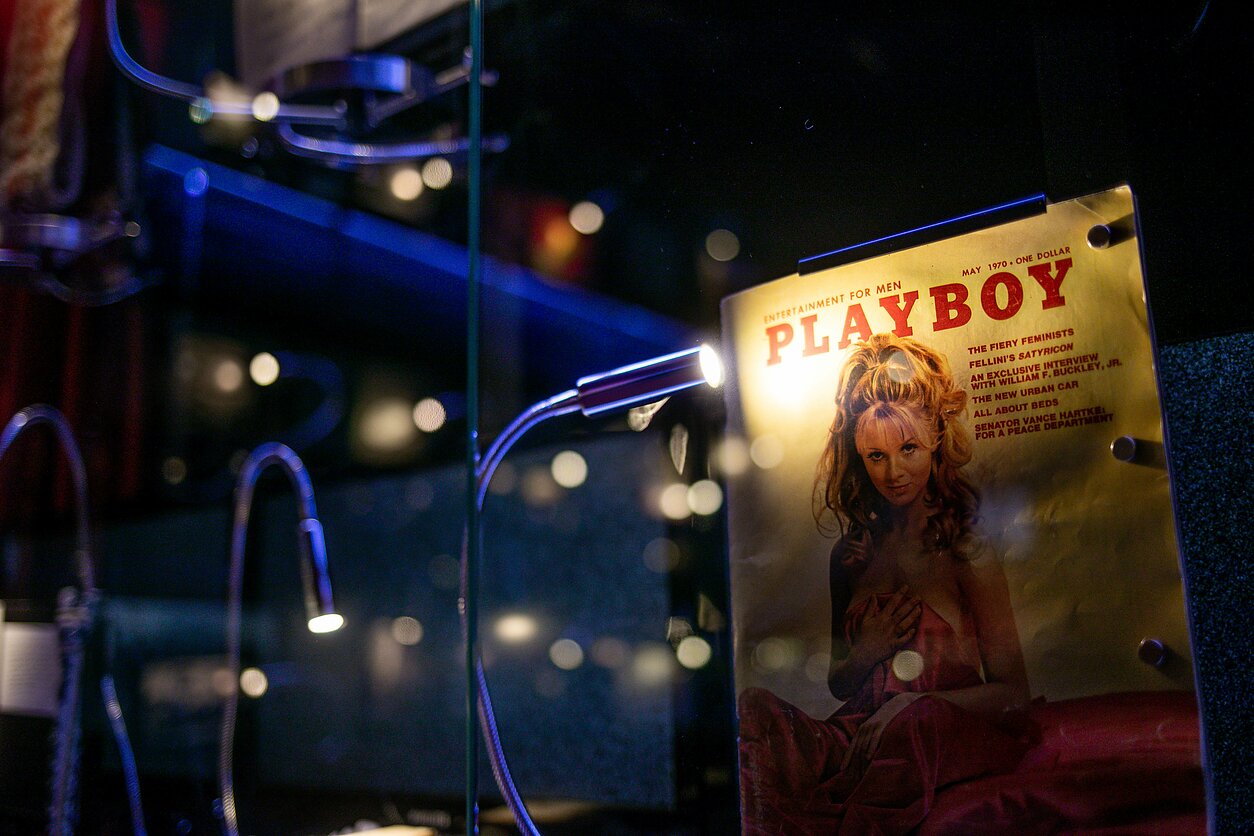