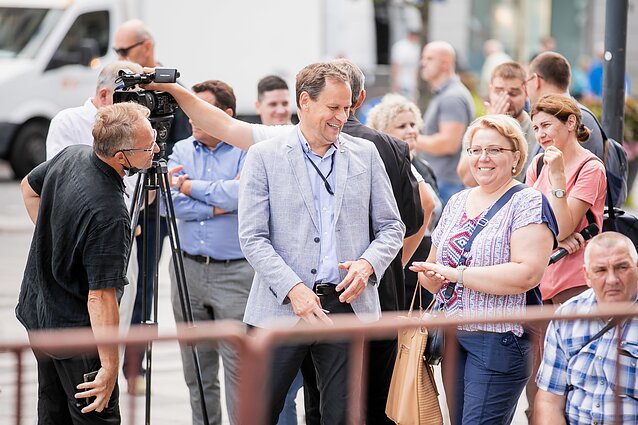 Valdemar Tomaševski at a rally against a migrant camp / D. Umbrasas/LRT

Protests by the Electoral Action of Poles have little to do with protecting the people and everything to do with achieving political goals. Aleksandra Ketlerienė writes for LRT English.

In June, I went to visit the Lithuanian Sea Museum with my family. Looking through the exhibits, a group of schoolchildren caught my eye.

They were chatting among themselves in Russian, so I presumed they came from Klaipėda. Imagine my shock when their teacher suddenly addressed them in Polish, and the children responded in Polish as well.

As a Pole from Vilnius District, I should not be surprised by this. Polish children in some towns of Lithuania do not even speak Polish or know anything about Polish culture.

The Polish Discussion Club has also observed that the Polish language among Lithuania's Polish community is being overtaken by Russian. The latter, naturally, leads to consumption of Russian media. With Russian media comes Russian propaganda.

Is it any wonder then that so many Polish people are pro-Russian and support Alexander Lukashenko’s regime?

By extension, it should not be surprising that Beata Petkevič from the Electoral Action of Poles in Lithuania – Christian Families Alliance (LLRA-KŠS) is always first in line when there is a protest happening. Or that her husband openly supports Putin’s regime. 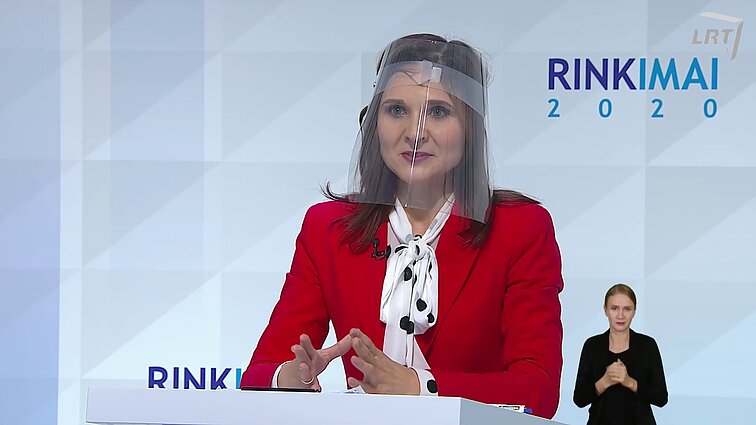 Petkevič claims she is defending her homeland, but in reality it is all about being loyal to Valdemar Tomaševski, the one and only leader of the LLRA-KŠS. He has ruled over the party for nearly as long as Lukashenko has ruled over Belarus, and has recently been elected the head of the Union of Poles in Lithuania.

Tomaševski stated he would leave his position as a chairman if the Electoral Action of Poles in Lithuania failed to clear the 5-percent threshold needed to get into parliament [the party got 4.8 percent of the vote in the 2020 elections]. It has been a year and he is still here. How could he leave when everyone needs him?

But fear not, for the leader now has a successor to his throne. Petkevič will gladly speak to the so-called non-mainstream news outlets, yell at the ruling party, and attend protests with some unfortunate Polish children dressed in national costumes.

There she stands outside the government office, holding a banner that says ‘Away with Anušauskas, minister of provocateurs’. No comments, she retorts when asked about what exactly Anušauskas did wrong.

Of course there would be no comments. She probably does not even know who Anušauskas is. She was just given a banner and told to stand there.

At long last, Tomaševski will be able to get some well-deserved rest. His successor is ready. She will take tho banners and stand there, questioning nothing. 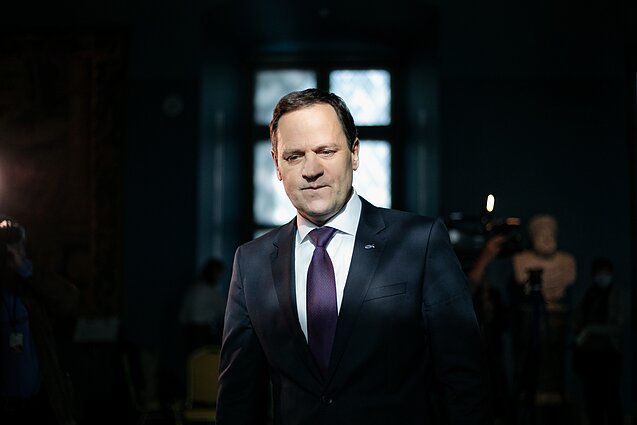 It should not surprise anyone that Zbignev Jedinskij was the first one on the party list instead of [former interior minister] Rita Tamašunienė. It is not enough to just be loyal, you have to fiercely defend your leader as well. At the risk of making yourself look like a clown, if necessary.

What Tomaševski and his party are doing today has very little to do with ‘protecting people’. They are playing the old game of ‘divide and conquer’ during a crisis to further their political goals. They can get more money from this irregular migration crisis by crying to Warsaw about how supposedly abused the Polish minority is in Lithuania, and how it needs to be defended.

On June 29, Tomaševski’s party organised a protest outside the Polish Ministry of Foreign Affairs in Warsaw. No one knows whom they were trying to defend, but it was probably us, many Lithuanian Poles joked on social media.

The crisis worked out perfectly for Tomaševski. This could be his chance to clear that 5-percent threshold once again.

No one cares about the spelling of names, surnames, or street signs anymore. It’s all about migrants now. One can really flame people’s anxiety by telling them that those horrible Lithuanians are accommodating migrants in Polish towns on purpose.

It is still a long time until the next elections, but if there is anyone who can continue escalating the situation for several years, it is Tomaševski and his party.

The same politicians that call themselves representatives of the Poles are now welcoming organisers of the Big Family Defence March with open arms. Yes, the same people that were demanding for the ethnic minority law to be removed from the parliament’s agenda. The people that would speak about the Poles as if they were the fifth column. They are now, apparently, standing together with the Poles.

Who needs consistency, when hatred is enough to unite. It does not even matter what this hatred is for, be it migrants, the government, European values, or democracy in general.

Of course, people have the right to protest. The government failed to communicate and calm people down.

Read more: Some 400 people in Vilnius protest against plans for migrant camp 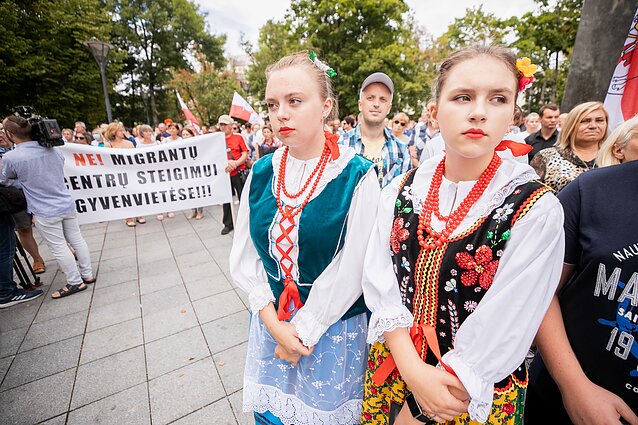 A rally against a migrant camp / D. Umbrasas/LRT

Moreover, we should not expect people living in a pro-Russian environment to just accept migrants. Although, even without the influence of Russian media, just about every community in Lithuania would have a negative response to an influx of migrants.

However, the same is true for constructing orphanages and homes for disabled people. It is as if Lithuanians understand that people need help, but they would rather it be done further away from them.

The government was naive to believe that no one will oppose the accommodation of migrants in Dieveniškės, or that Tomaševski will not try to make use of the crisis to further his own goals.

They were also naive to believe that they could just make decisions and stay quiet about them.

When you fail to communicate, someone else will do it for you.

Politicians have been blind for several decades. That is what over 30 years of incoherent ethnic minority policy brings – a growing percentage of the population willing to ‘talk’ to Lukashenko and criticising Lithuania for allegedly unfair foreign policy. All of the previous governments are responsible for this division.

Everyone is a citizen of Lithuania regardless of their ethnicity. And it is Lithuania’s job to seek dialogue and cooperation with its citizens.

While the government has launched many media literacy projects and other programmes, the fact of the matter is that they simply do not work. The time has come to plan a new strategy for eastern Lithuania. It is time to create a real ethnic minority policy. 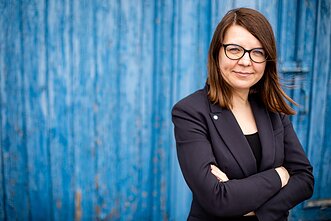 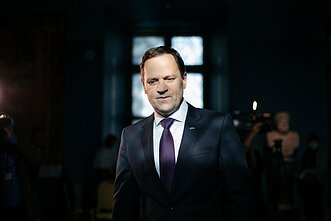 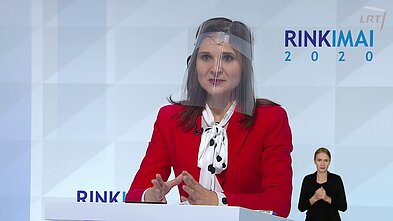 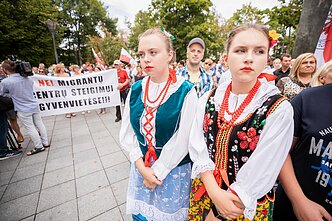