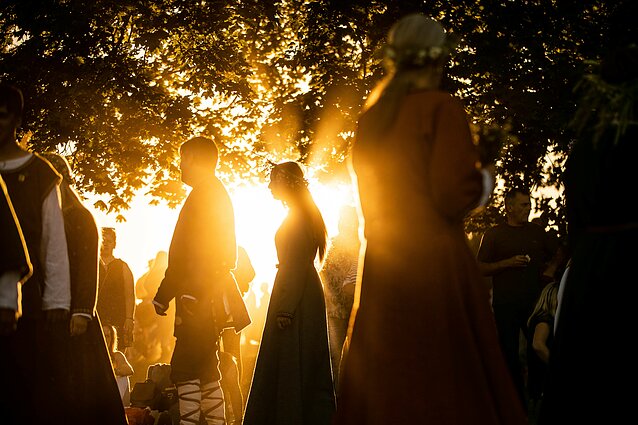 Celebrations on the summer solstice date back to Lithuania's pre-Christian history. Back then, the festival would be called Kupolės – after herbs that would be ritualistically collected on the day – or Rasos, literally, the Dew Festival.

Most of the midsummer rituals would be related to agriculture, to ensuring bounteous crops and prosperity.

Unmarried women would use charms to predict when they would get married. They'd make garlands of flowers and herps and throw them over their heads onto tree branches (how many tries they need is the number of years before they will get married) or float them in a lake (if two wreaths stick together, wedding bells are expected within a year). 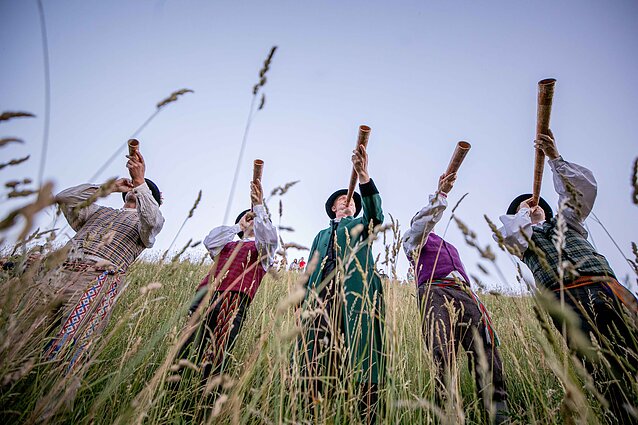 A search for the fern flower was an important and more practical ritual to actually make it happen. According to old beliefs, ferns only bloom on St John's Eve, so young people in pairs would go to the forest at night to look for it. They wouldn't probably find it, but not for the lack of trying.

Bonfires would be lit on the highest spot of a village over the night, with people dancing around them or jumping over fire – again, in couples.

With the advent of Christianity, Rasos came to be identified with the Feast of Saint John the Baptist and was renamed Joninės.

The importance of Joninės grew in the twentieth century with a push to deepen the Lithuanian national identity. Pagan revival movements attempted to reconstruct old traditions of celebrating Rasos. 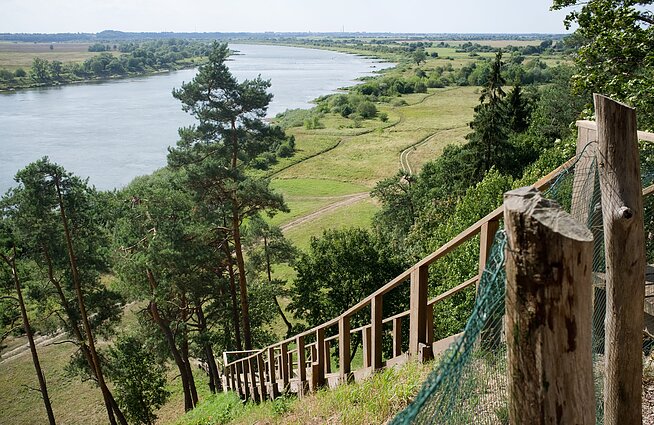 A view of the Nemunas river from the Rambynas / Wikipedia

In the 1920s and 1930s, big festivals would be held on the Rambynas Hill overlooking the Nemunas River in western Lithuania. The festivities would attract visitors from Kaunas, the then capital city of Lithuania.

People named Jonas and Janina (John and Jane) celebrate their name day on Joninės. Many come to Jonava, a town in central Lithuania which is titled to be the capital of Joninės. 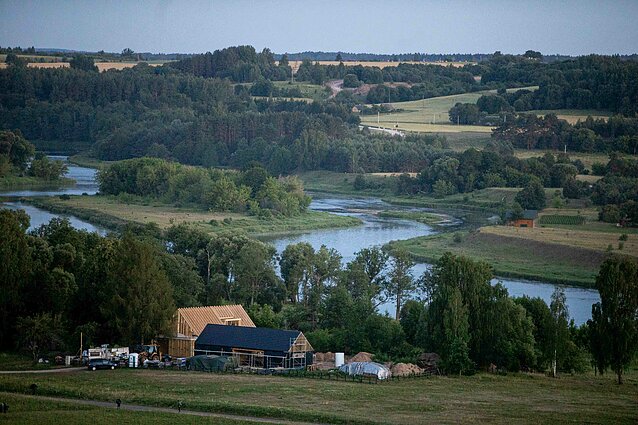 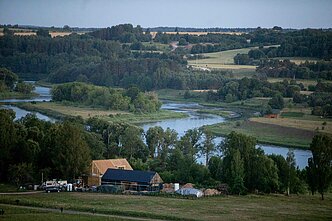 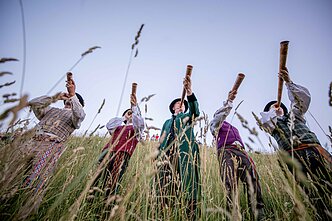 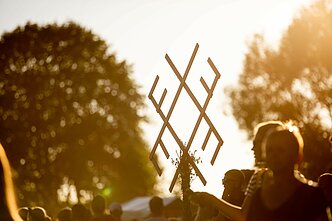 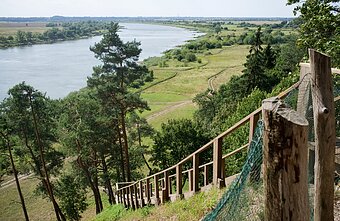 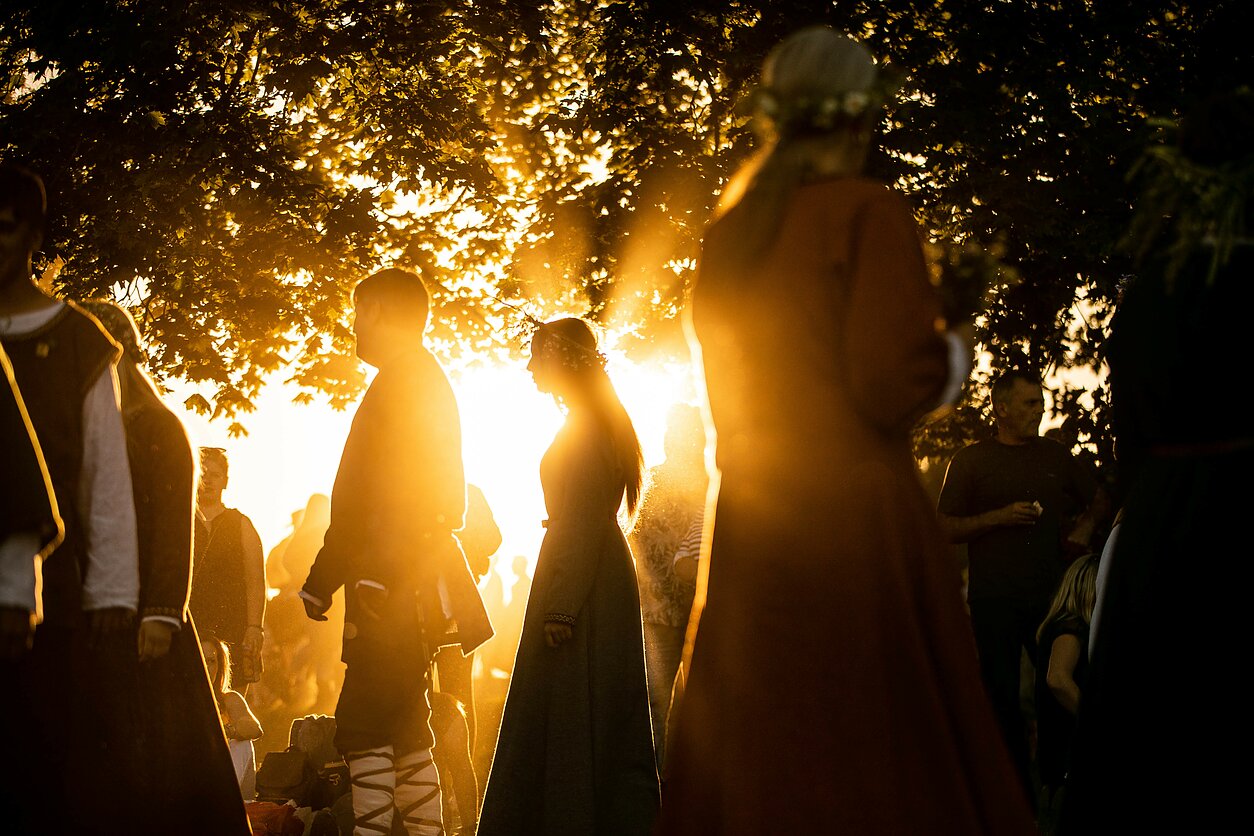 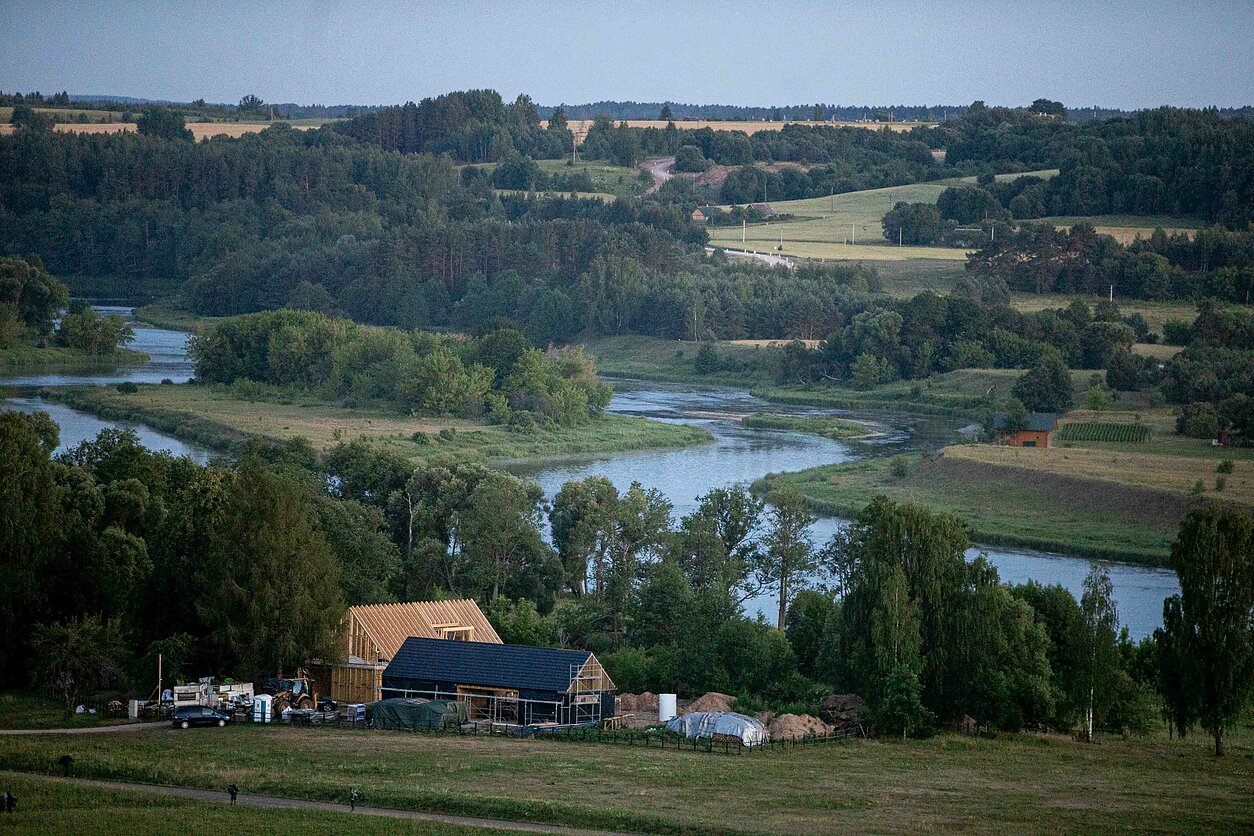 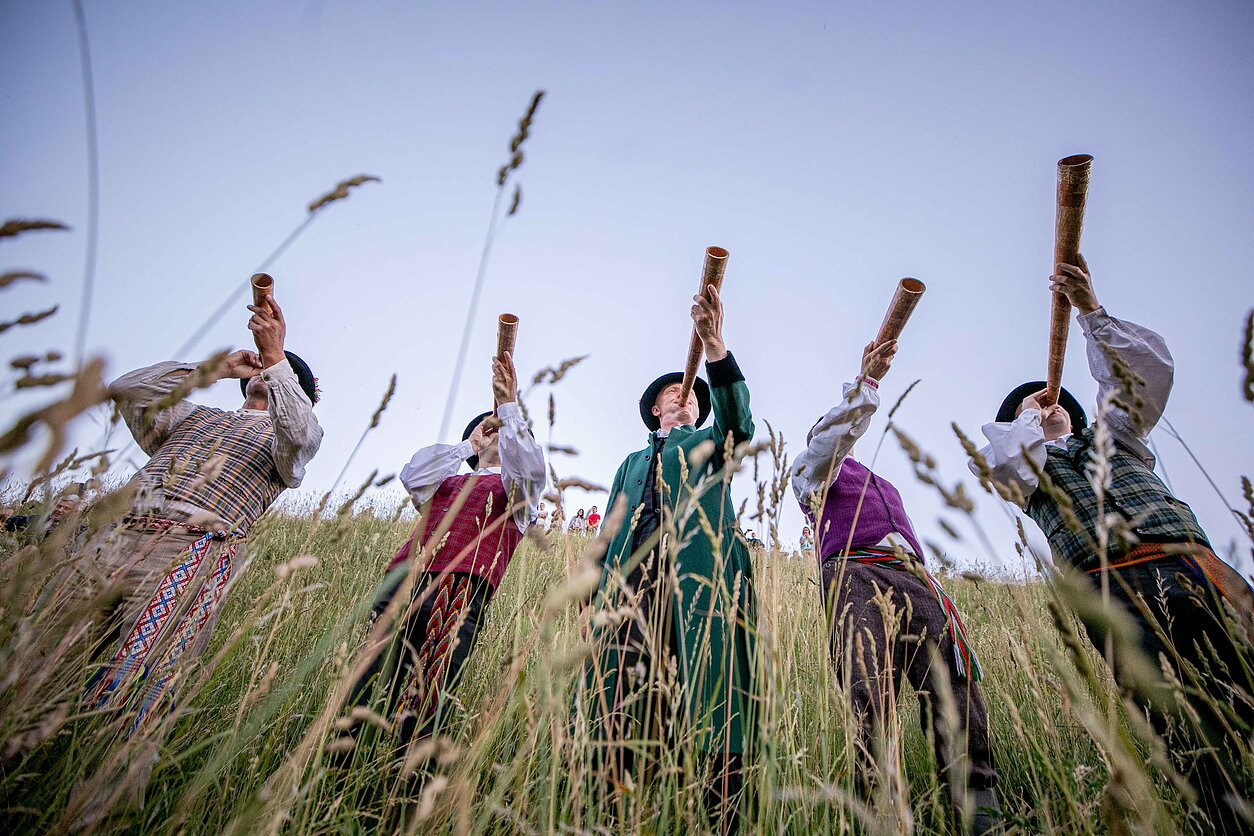 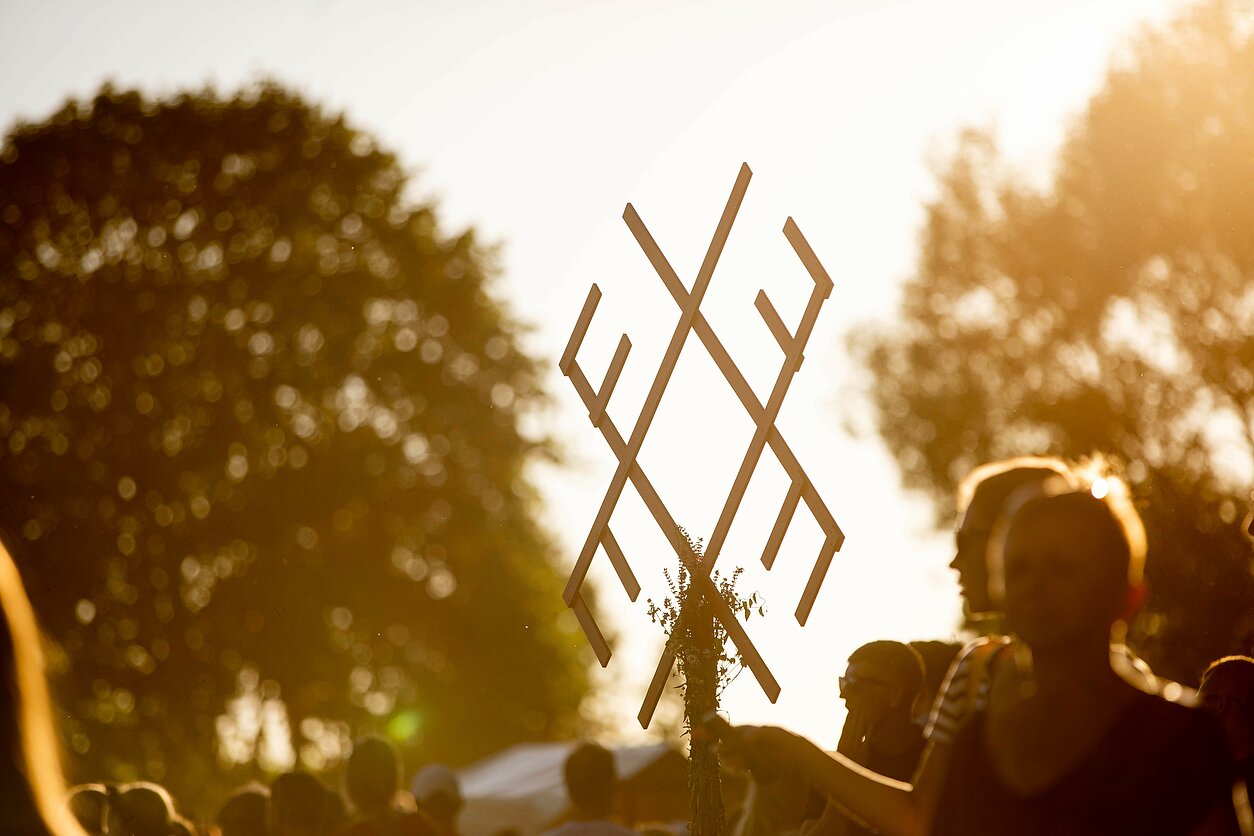 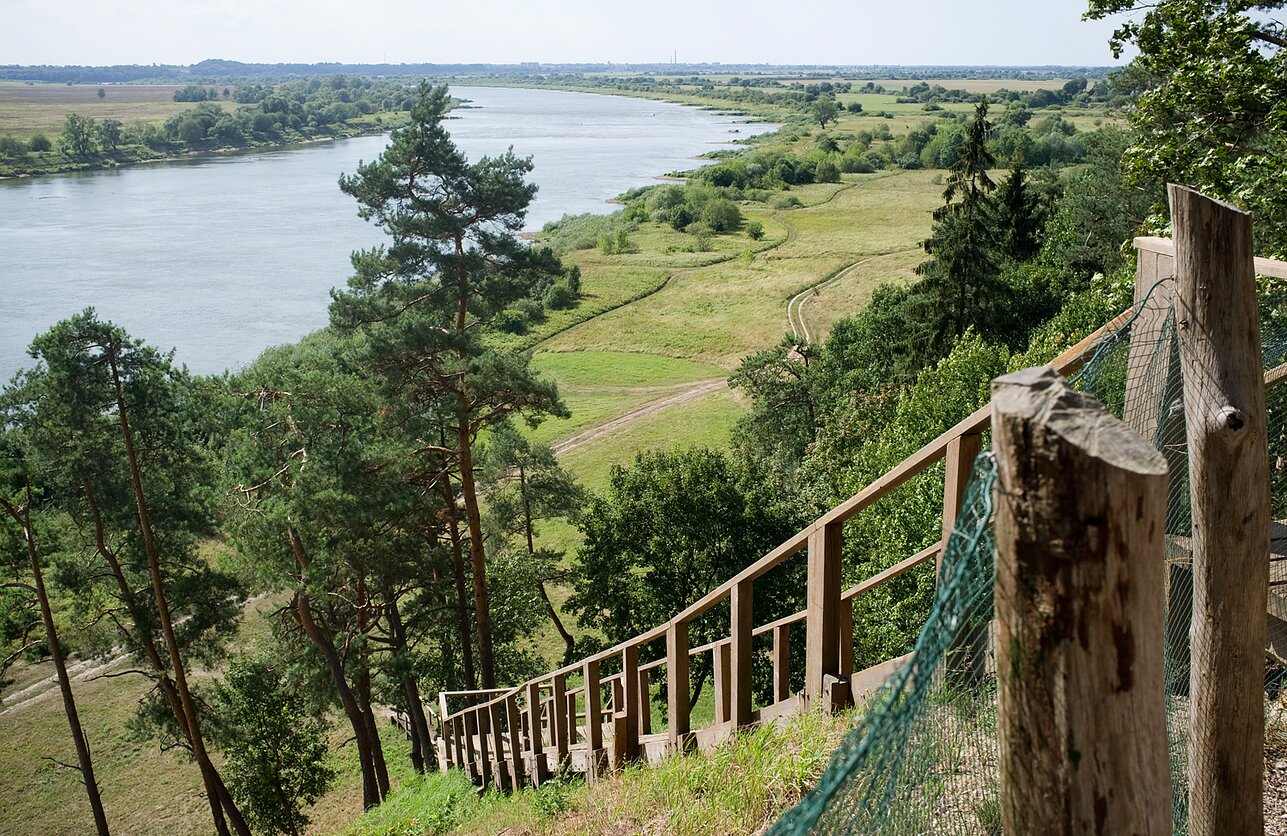 A view of the Nemunas river from the Rambynas
5 / 5Wikipedia