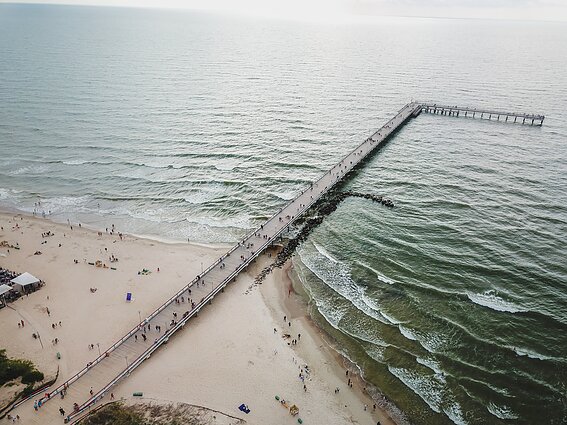 One of the three Baltic states, Lithuania today boasts a 90-kilometre sea coast, but it has not always been the case. Amid border disputes in the aftermath of the First World War, Lithuania came close to ending up a completely landlocked country.

For a short period in the 1920s, the newly independent nation's only access to the Baltic Sea was a 20-kilometre window around the resort town of Palanga. To secure Lithuania's foothold, it took intense negotiations with Latvia and an international arbitration headed by a Scottish professor. Today marks the 100th anniversary since the talks bore fruit.

Window to the Baltic

For centuries, the eastern coast of the Baltic Sea was mostly commanded by Germans who built the Medieval fortresses of Riga, Königsberg and Memel (present-day Lithuania's Klaipėda). The grand dukes of Lithuania were more focused on lands in the east and in the 13–15 centuries Palanga and the nearby port of Šventoji were their only window to the Baltic Sea.

At one point, they developed into prosperous harbours and centres of trade, with British merchants setting up enterprises in the late 17th century. However, the Great Northern War with Sweden left Palanga and Šventoji ravaged and the harbour was blocked with rocks in 1701.

Palanga once again started gaining prominence in the 19th century after it was purchased by Count Michał Tyszkiewicz. His grandson built a pier to transport passengers and bricks to the nearby Latvian port of Liepaja. His son, Feliks Tyszkiewicz, built himself a splendid residence by the coast – the Tyszkiewicz Palace which currently houses the Amber Museum – and had the French landscape architect Édouard André design a park around it which remains to this day one of the town's main attractions. 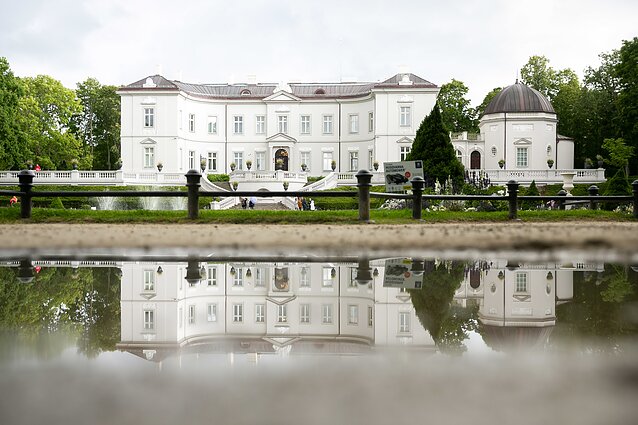 Otherwise, Palanga was a place of myth and legend. According to one, it hosted a pagan shrine where the beautiful virgin priestess Birutė caught the eye of the Lithuanian Grand Duke Kęstutis. Determined to marry her, Kęstutis kidnapped Birutė and brought her to his castle in Trakai.

After Kęstutis' death, Birutė is said to have returned to Palanga and was buried in the hill named after her. Birutė Hill, the biggest dune in the area, is now a landmark in the Tyszkiewicz Park and is topped with a (Christian) shrine.

Today, a plaque on the shrine reads: “On March 31, 1921, in the presence of the Lithuanian army, people and guests of Palanga, the land alive with the spirit of Birutė and Kęstutis was returned to Lithuania.”

When Lithuania became an independent country in the wake of World War One, it was far from clear that Palanga would be part of it.

Since 1819, the town had been in the predominantly Latvian Courland Governorate within the Russian Empire, instead of the Kovno Governorate which covered most of Lithuanian lands. 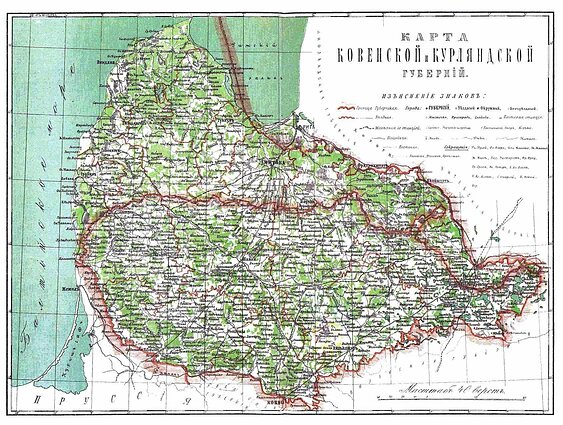 So even though Palanga was predominantly Lithuanian – a 1919 census recorded that of the 1,438 residents in the town, 808 were Lithuanian, 452 were Jewish, 100 were Latvian, 39 German and 39 Polish – Latvians would not give it up so easily, at least not without a compensation.

The compensation Latvia wanted was the town of Mažeikiai in Lithuania's north, an important railway hub and the only connection between the port of Liepaja and the capital Riga. The tsar's government had built infrastructure “to serve the empire, not its nations”, according to Vilnius University historian Zenonas Butkus. 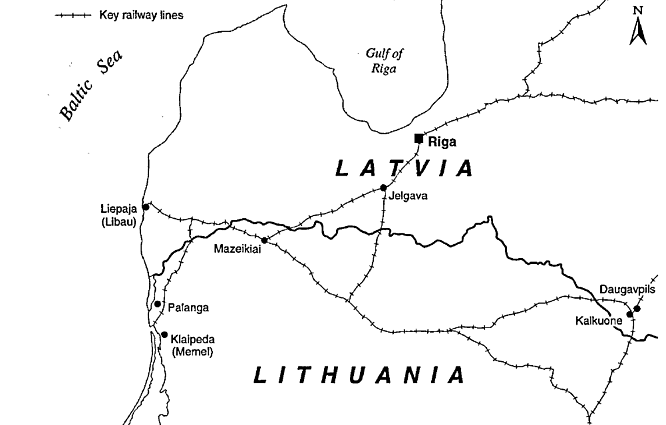 1921 border settlement between Latvia and Lithuania / map by M. Clark

Lithuanians and Latvians tried to negotiate their border in Paris in 1919 and in Jelgava in 1920, but the talks fell through. There were even suggestions to settle the issue by plebiscites, but both governments were hesitant to rely on local national sentiments. Lithuania, in addition, was enmeshed in another territorial dispute over its predominantly Polish-speaking capital, Vilnius, and did not want to set a precedent.

In the end, the parties agreed to international arbitration. The commission was to include equal delegations from Lithuania and Latvia, but be headed by an independent mediator. James Young Simpson, a professor from the University of Edinburgh, was invited to fill the role.

Although Simpson was a zoologist, he had developed an interest in Russia thanks to his friendship with Prince Nikolai Galitsyn. During the war, Simpson was invited to work for the British intelligence as an expert of the Russian Empire and was entrusted with the file of Finland, the Baltic states and Caucasus. 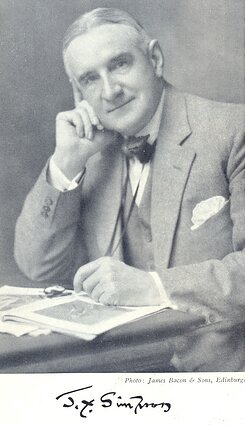 According to the historian Charlotte Alston, Simpson had initially aligned himself with Russian liberals who were not too keen on dividing the empire, but eventually became sympathetic to the cause of the newly independent republics. While arbitrating for Lithuanians and Latvians, he said during a press conference that, as a son of a gynecologist, he wanted to alleviate the “birth pains of the young states”.

The arbitration commission held meetings from December 1920 to March 1921. Simpson himself visited Palanga on January 6–10, 1921. It was far from smooth sailing.

“Latvia was arguing that it was vital for Palanga to maintain connection to Latvian territories, to Liepaja,” says Vilnius University historian Butkus. “Meanwhile [head of the Lithuanian delegation Antanas] Smetona insisted that the town would be better off within Lithuania, that it would be choked ‘at the end of a salt bag’ if it were left in Latvia.”

In the end, Simpson cast the decisive vote to give Palanga to Lithuania, in addition to around 20 kilometres of the Baltic coast up to the River Šventoji and beyond, even though the territory was inhabited by Latvians.

“The historical and ethnographical considerations on the whole favoured the Lithuanian claim at any rate,” Simpson wrote in his report, “while the State-political claims in connection with her access to the sea called for considerable elbow room. [...] Whatever tends to make for the economic development of Lithuania cannot harm Latvia, as the economic interests of these sister States are not contrary but supplemental.”

Mažeikiai was also left to Lithuania, on ethnic grounds, while the linguistically mixed Alukšta District was given to Latvia. 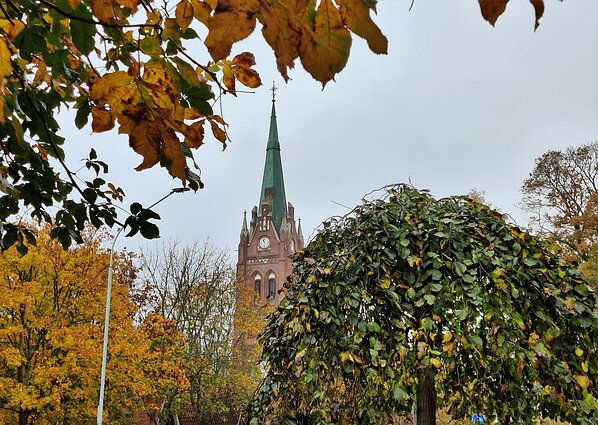 Simpson also pushed Lithuanians and Latvians to sign a convention on joint railway use and military cooperation, but the Latvian delegation refused to negotiate anything beyond the border settlement.

Simpson's ruling was not immediately accepted. A new Latvian foreign minister and his Peasant Union accused the Scotsman of succumbing to Lithuanian pressure and threatened with protest rallies. However, Simpson stood firm and threatened to move the arbitration commission's meetings from Riga to Kaunas. The Latvians backed down and called off the protests.

On March 30, 1921, the two countries signed a border treaty and Latvian forces left Palanga. The following day, the town held celebrations of its incorporation into Lithuania. A street was named after Simpson.

According to Butkus, it was a firm and lasting agreement that prevented any further disagreements between Lithuania and Latvia. The border treaty was reaffirmed in 1993, after the two countries regained independence from the Soviet Union.

Today, Palanga is a beloved resort town known for its promenades, hotels and spas, and a long pier protruding into the Baltic Sea. Meanwhile, industrial and trade development was concentrated around the port of Klaipėda some 25 kilometres south that Lithuania annexed several years later. 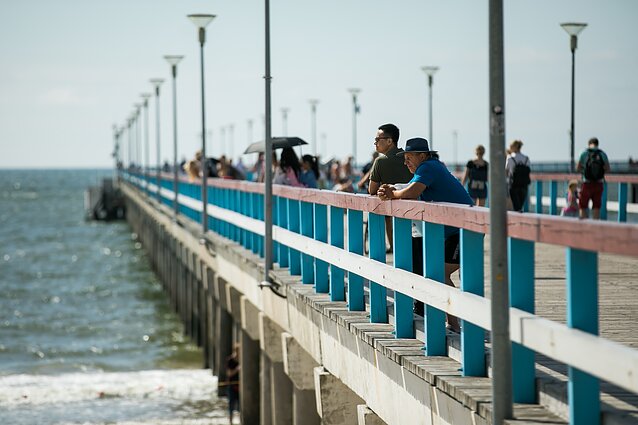 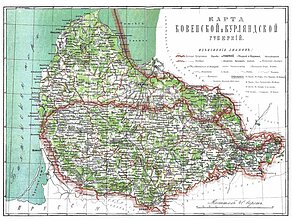 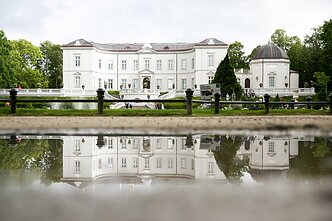 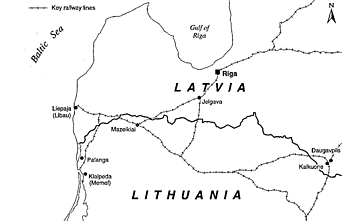 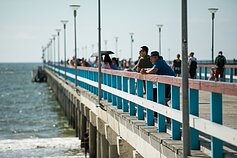 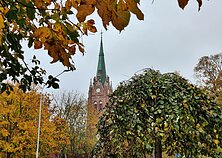 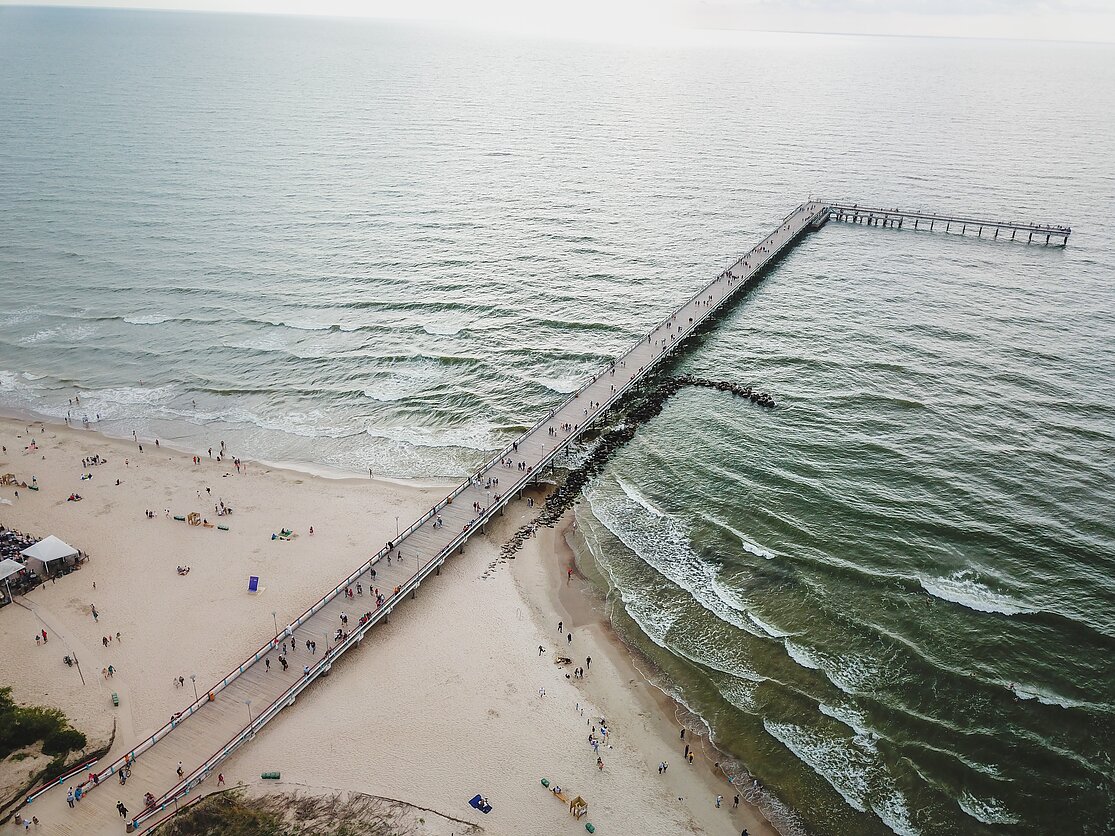 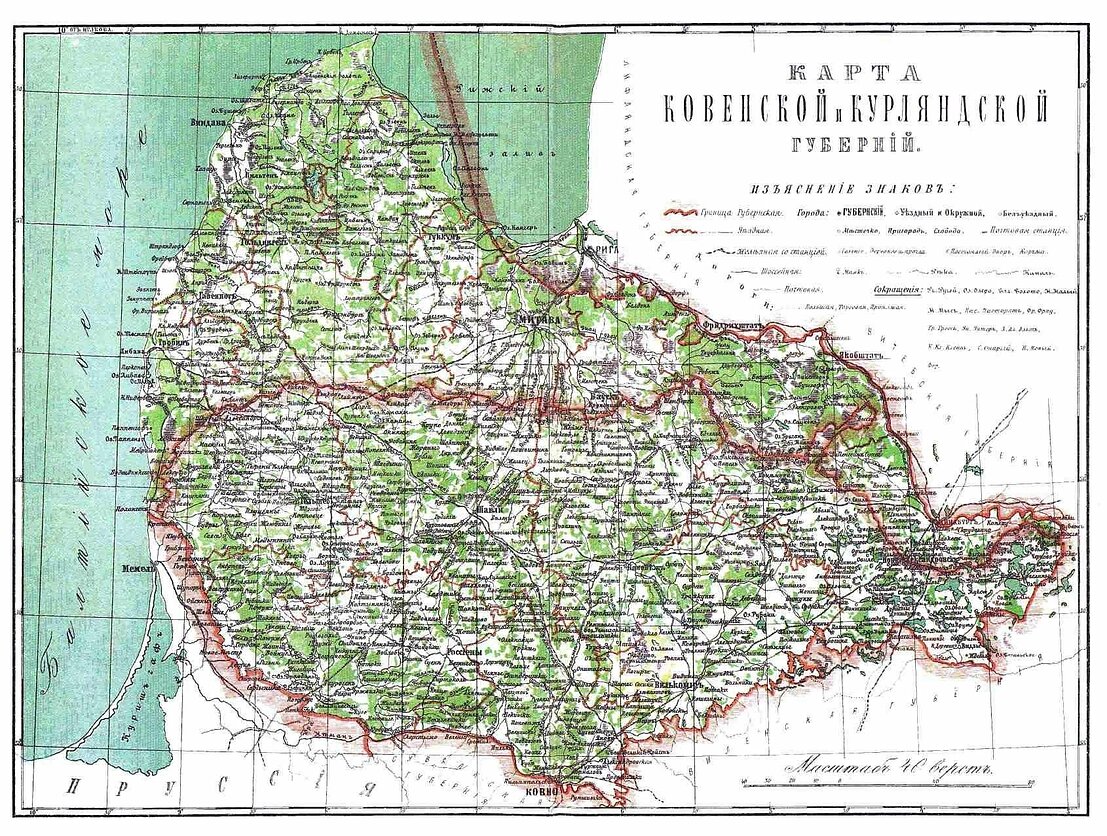 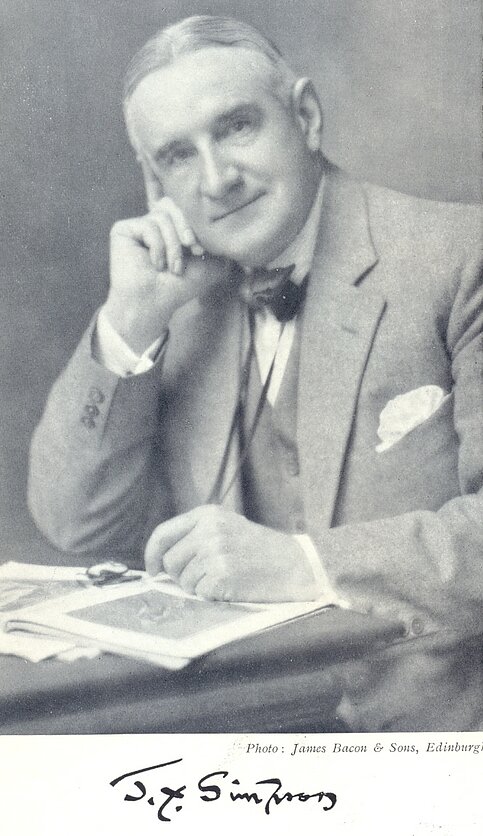 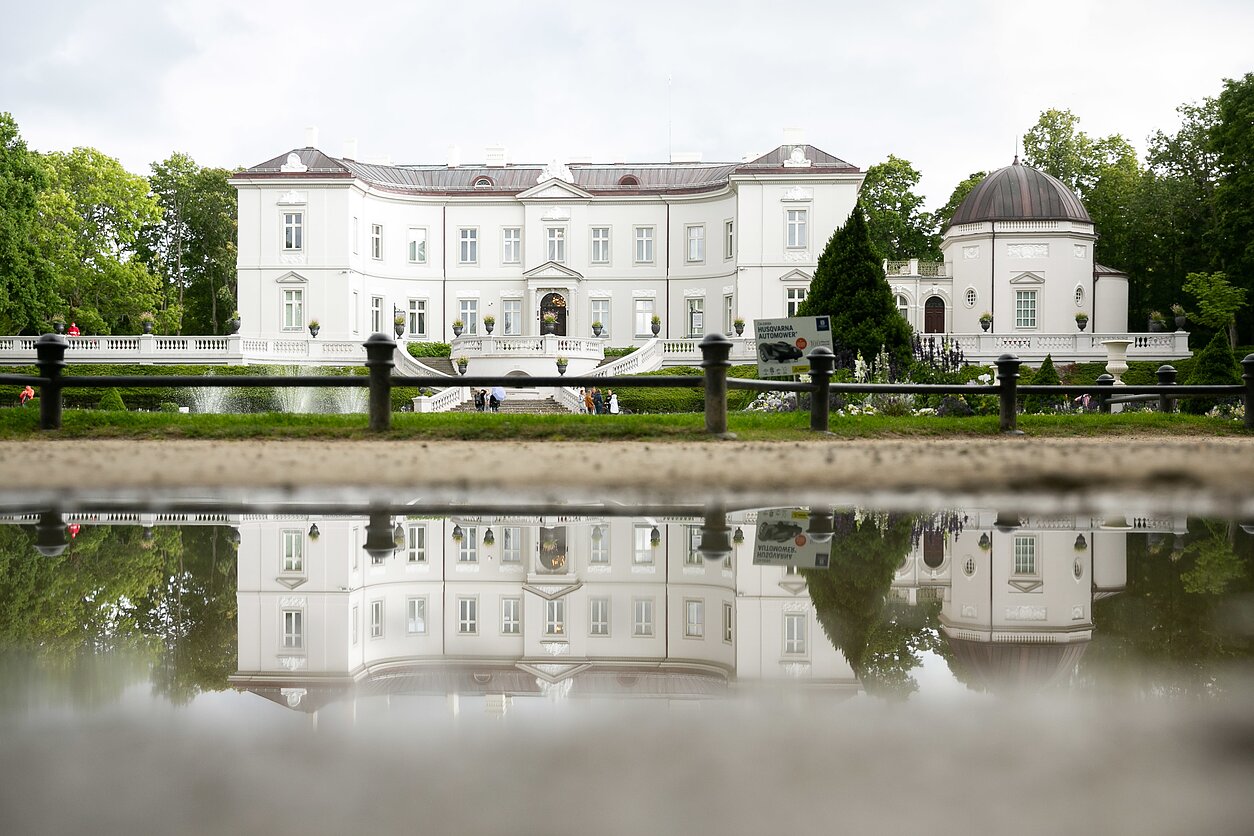 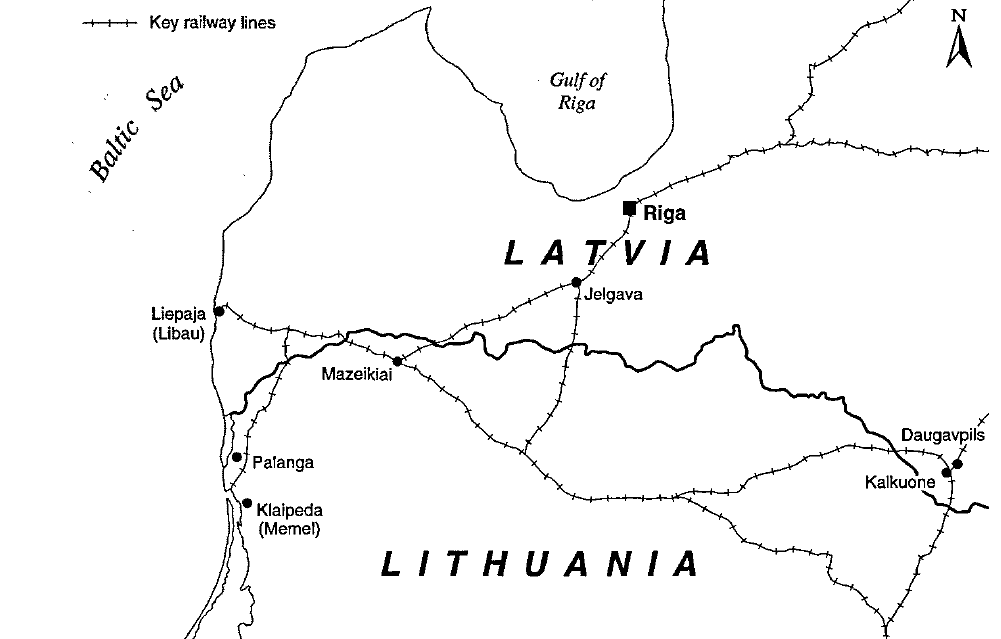 1921 border settlement between Latvia and Lithuania
5 / 7map by M. Clark 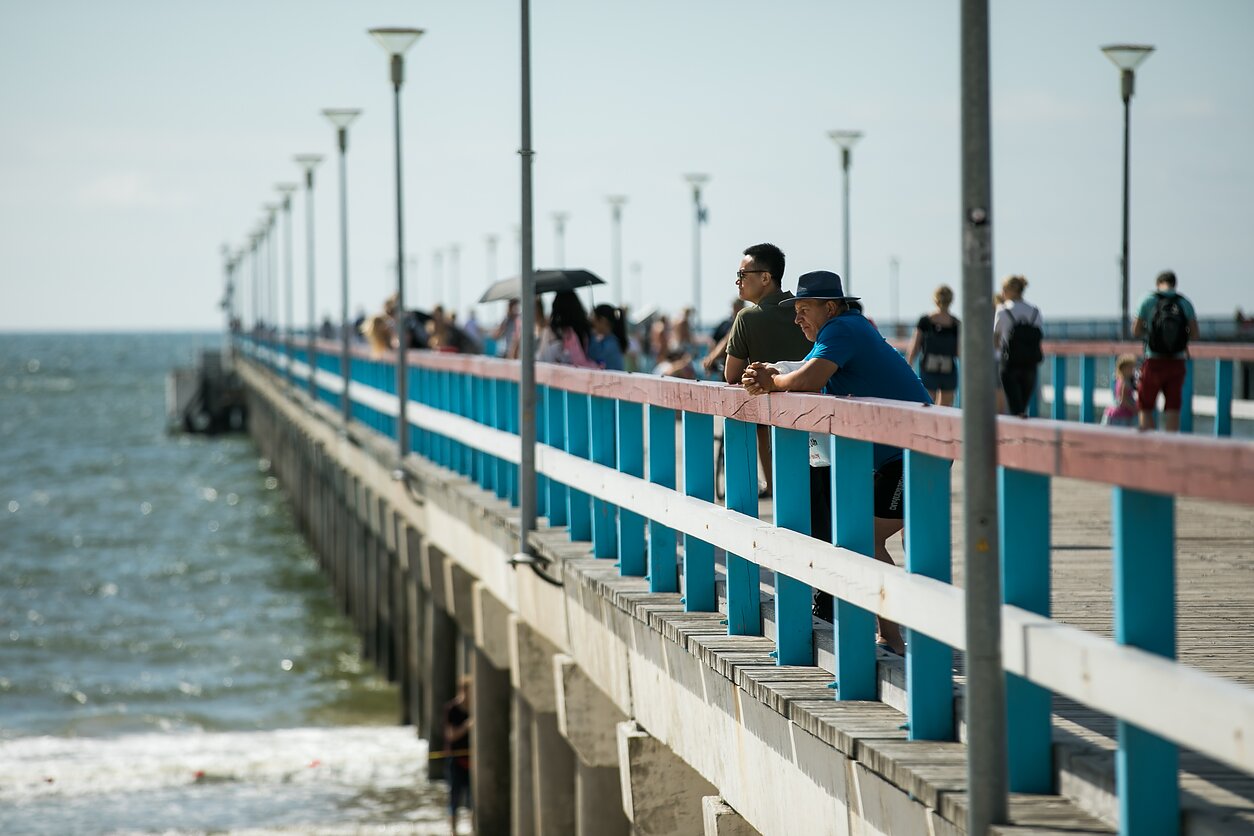 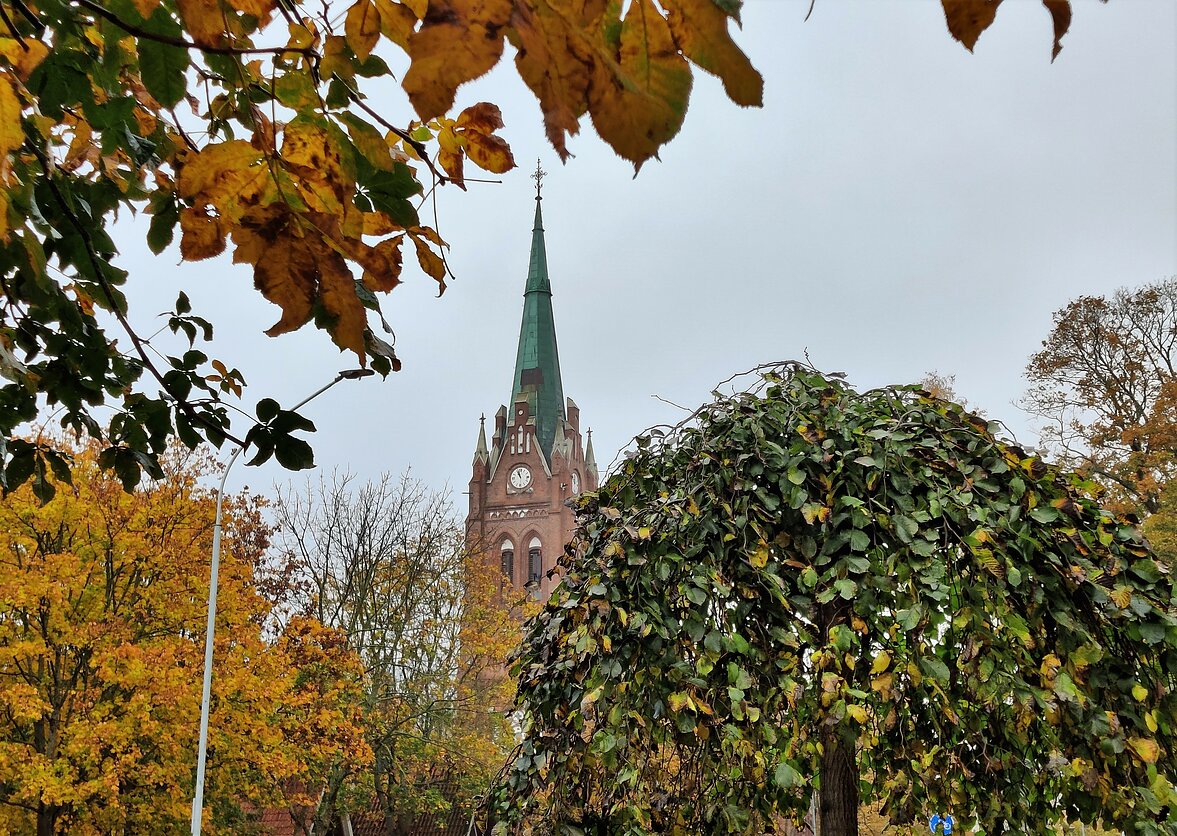