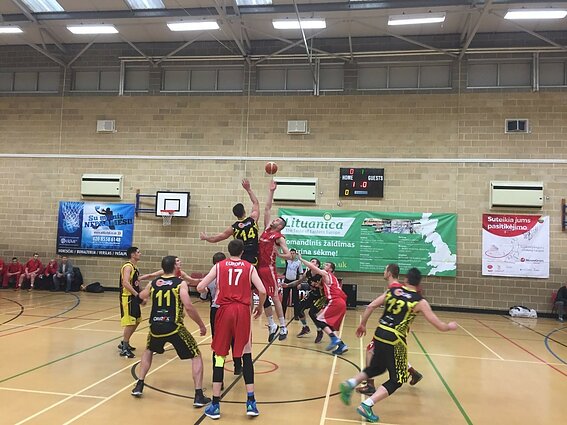 I must admit, I was pleasantly surprised with my visit. I’m not sure what pleased me more - the high-quality basketball that I saw being played on the court or the chat that I had after the game with Kęstutis Dobravolskis, the president of the British Lithuanian Basketball League (BLBL). "The spirit of the League is to bring us together. Bringing us together the best way - by playing basketball” Dobravolskis said.

The BLBL's history began ten years ago, when great basketball fans Kęstutis and his brother Gintaras gathered one of the first Lithuanian basketball teams in London at the time. Sadly, Gintaras lost his life when he suffered a stroke. After his brother's death, Dobravolskis named the team after Gintaras and started actively developing a Lithuanian basketball group in the United Kingdom, which later came to be known as the BLBL.

Ten years ago, the conditions of the Lithuanian basketball in London were very poor. There weren't many teams at the time and there was no sponsorship. The hall that Lithuanians used to come to play in did not even had a scoreboard. Points were written in chalk on the board.

Over the years, because of these basketball enthusiasts' hard work and enthusiasm, the situation began to change. Dobravolskis described the first six years of the league’s activities as the toughest.

As a result of ten years of hard work, there are over thirty teams playing in the BLBL today. Among them, there also used to be a women's team and a very successful youth team. They were last year's champions in London's under-twelve division and are now doing great in the under-fourteen division with three wins in three games.

”The guys have grown up together, have been training together for six years, they feel each other very well. They are playing a great team game. It is just a pleasure to see them at the court," said Dobravolskis. The children's team is actively involved in basketball competitions in London and they are planning a basketball trip to Chicago in the near future.

Dobravolskis assured me that the league's activities without doubt encourage and help maintain their Lithuanian heritage while living abroad. Most important is that both young and old players speak Lithuanian in training sessions, because they usually speak English outside of the basketball league.

The BLBL promotes ‘sober basketball’ as well, meaning that the basketball game itself can be fun without any associations with alcohol, which is very popular in Lithuanian culture.

When asked about his role in the BLBL, Dobravolskis, who is also the founder of one of the first Lithuanian basketball schools in London, says that there isn’t a role that he would not do in the league. He manages to find time, usually on his way to work, to communicate with players and team leaders, search for sponsorships, organise basketball events and generate the ideas for the future. This is all while working daily twelve-hour shifts in the construction business - from three p.m until three a.m.

According to him, the BLBL’s community members not only play basketball together but also help each other out with finding jobs. Many Lithuanians that have been living abroad for a while have created small construction businesses in which they keep spare positions for new settlers.

The World Lithuanians Basketball Championship in April will be an exciting opportunity for the BLBL. It will gather the strongest Lithuanian basketball teams from the United Kingdom, as well as guest teams who will come all the way from Norway and Ireland. The Lithuanian basketball team from Chicago wanted to participate in the event as well, but had to decline the invitation because of injuries.

Next year, the BLBL is being promised a visit by legendary basketball player Arvydas Sabonis to commemorate their ten year anniversary. He had visited the BLBL in London a few years ago and signed more than four hundred fans’ t-shirts on that day.

“Everyone says that this year is the best year. But I believe that next year will be even better. Every year for us is getting better" - Dobravolskis summed up the future of the BLBL. 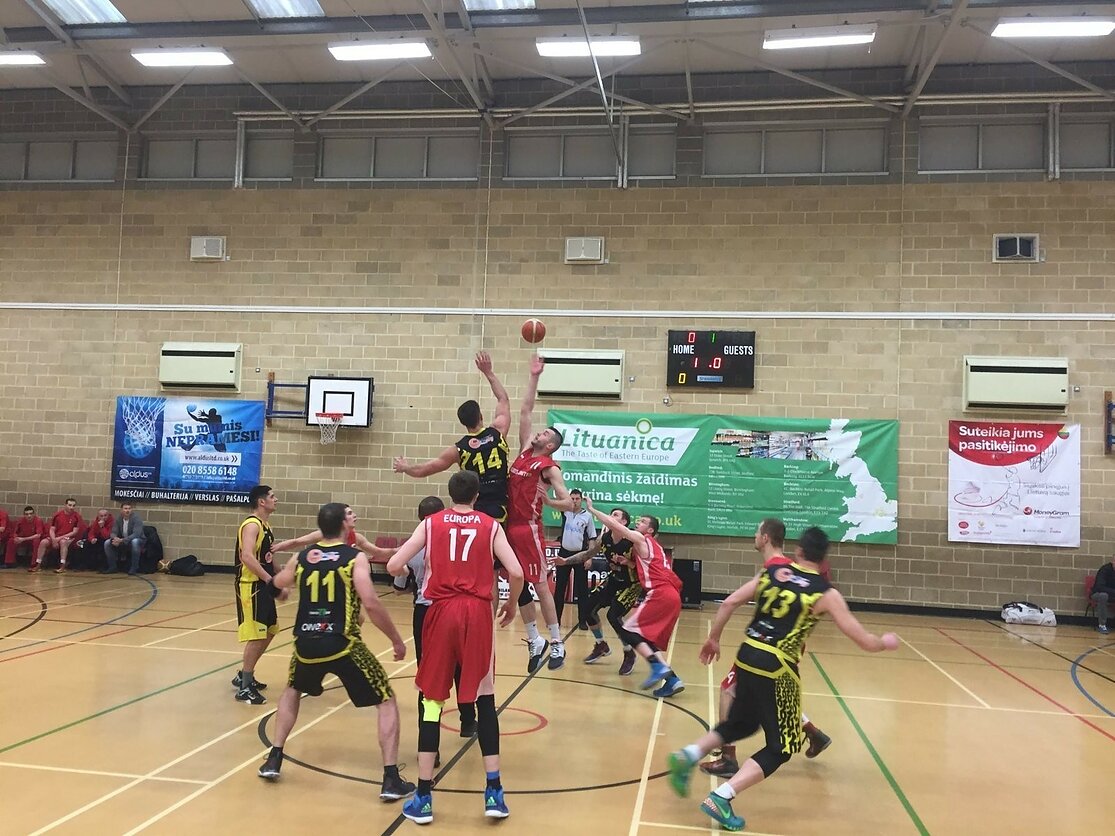