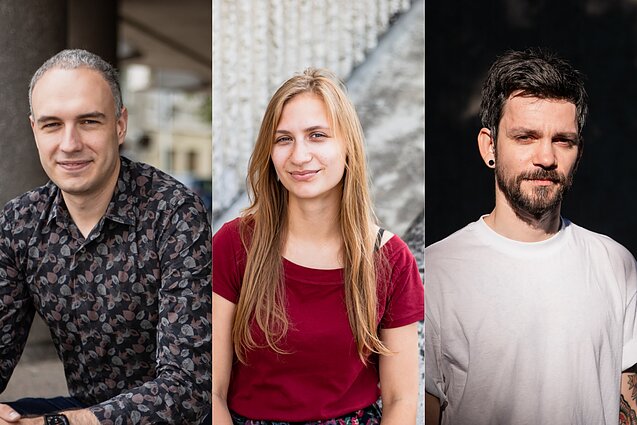 History and geopolitics have put Lithuania's Russian-speaking citizens in a difficult position. Not only do they have to work out their national identity, but they also get blamed for the actions of the Russian government.

Russians are the second-largest ethnic minority in Lithuania after Poles. While the latter are a relatively well-organised community, that is less the case for about 177,000 ethnic Russians.

It may be one reason why Maksim Zacharov, Anastasia Kodzisova, and Aleksei Zinkov – Russian-speaking citizens of Lithuania – see their identity differently.

Maksim: Lithuania is our home

Maksim says his national identity is Russian. His mother was Belarusian, but the family did not cultivate Belarusian traditions or language at home.

“Only my grandfather, my mum’s dad, spoke Belarusian. But it ended because there were no Belarusian schools in Lithuania during the Soviet times. Children could go only to Russian or Polish schools, so they became either Russian or Polish-speaking.”

"For example, if an Italian speaks Lithuanian, people do not mind his accent."

Maksim grew up in a fully Russian-speaking environment. He went to a Russian kindergarten and a Russian school. He also used the language to speak with his family and friends.

Still, his approach toward his language is rather instrumental.

“Language is a communication tool. [...] If I spoke Lithuanian to my grandparents, they would not understand me. But they are my closest family, so I use Russian because it is their native language. Meanwhile, I learnt Lithuanian as a child in kindergarten.” 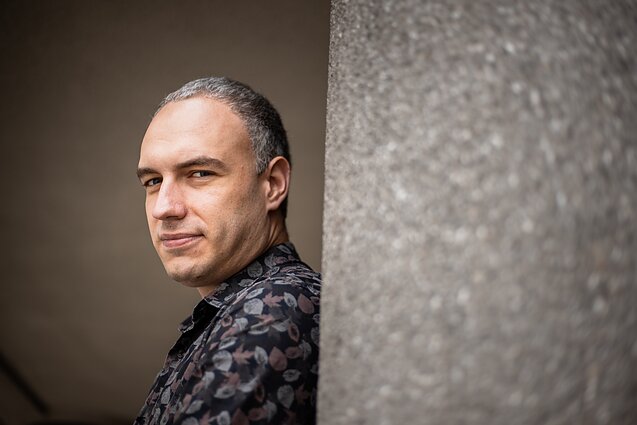 Maksim says that Russians in Lithuania are sometimes stigmatised, even if they speak Lithuanian well.

“Lithuanian Russians must not only speak Lithuanian, but speak without any mistakes. For example, if an Italian speaks Lithuanian, people do not mind his accent. But if Russians or Poles speak with accents, they are mocked for it,” he explains.

Maksim also believes that better Russian language teaching in Lithuanian schools could not only facilitate integration, but also help politically.

“[Lithuania] should pay more attention to the Russian language and not be afraid of it. Language is not a tool for occupying a country. Even in authoritarian Belarus, people can sort out information, even if it is in Russian,” he says.

Maksim has relatives in Russia and often visits the country. There, he does not feel local, but admits that the country is not completely foreign to him either.

"If the Russian minority had a flag, it would probably be Russian. If we marched with these flags here, Russian TV would show it and there would be conflict."

“If I had to live somewhere else, [Russia] would not be a completely foreign place because of my relatives. I also feel a connection through language, culture, architecture.”

According to Maksim, Lithuania's ethnic Russians can sometimes feel like hostages to geopolitics – when, for example, they have to answer questions about the actions of Russian President Vladimir Putin. Maksim believes that equating the nation with the government is wrong, because politicians come and go.

Maksim thinks that the complicated relations between Vilnius and Moscow are also why there is no organised Russian community in Lithuania.

“The Polish community exists in Lithuania. They organise marches during Polish national celebrations and they wave Polish flags. If the Russian minority had a flag, it would probably be Russian. If we marched with these flags here, Russian TV would show it and there would be conflict,” he explains.

Maksim believes that Lithuanian Russians do not feel strongly attached to Russian traditions, because they are assimilated in Lithuania.

“We identify with Lithuania because it is our home.” 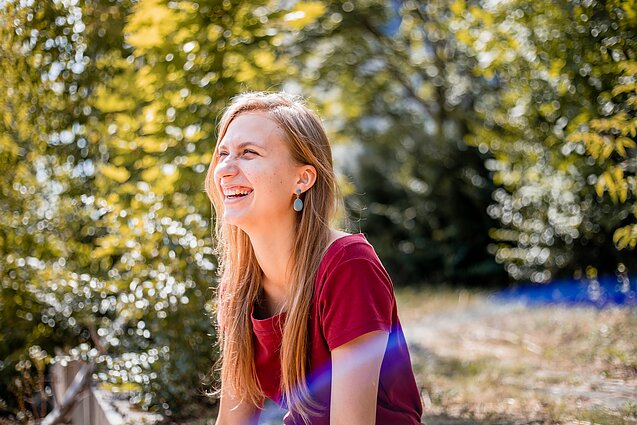 Anastasia: I need to prove that I belong here

“I have long thought about how to define myself. I cannot call myself Lithuanian because of my native language, nor Russian because I felt different when I was in Russia. So the most accurate description is probably Lithuanian-Russian,” Anastasia says.

Anastasia grew up in Vilnius. Her mother is Belarusian, her father is Lithuanian-born Russian. Anastasia went to a Lithuanian kindergarten, but later her parents sent her to a Russian school. Communicating in Lithuanian used to be a challenge for her, because she was raised in a Russian-speaking environment.

“I could hold a conversation. But if I wanted to speak about my opinions or attitudes towards life, it was more difficult,” Anastasia admits.

She has improved her Lithuanian while studying at Vilnius Art Academy. But the start wasn't easy and Anastasia was wary of starting studying at a Lithuanian school.

"I feel like I have to be accepted by everyone and prove that I am an equal part of Lithuania."

“It was scary because both the environment and the language changed completely. [...] Lithuanians did not have to switch to another language [when they started university], but for me, everything was different,” she says.

Now Anastasia speaks fluent Lithuanian, but admits that language can still be a source of self-doubt.

“I feel like I have to be accepted by everyone and prove that I am an equal part of Lithuania. It is strange because you still think less of yourself, you think you are not important, although it is not true. [...] I do not know if I will ever stop thinking like that.”

In 2014, during Anastasia’s university years, Russia occupied Crimea and started a war in Ukraine. She admits that it was a hard period for Russians in Lithuania.

“It seemed like everyone looked at us like enemies. It was strange because we were born here and had nothing to do with [Russian politics].”

Anastasia admits to sometimes sensing hostility towards Russians both in private and in public.

“When there was a Russian celebration, I read a comment [posted under an online news story] calling to ‘bring all Russians to one place and bomb them’."

In 2014, during Anastasia’s university years, Russia occupied Crimea and started a war in Ukraine. She admits that it was a hard period for Russians in Lithuania.

“It is hard when somebody says something like that because you feel guilty for your existence. But it is absurd. [...] I always try to understand people that have such attitudes. I do not justify their words, but if I understand why they say what they say, it becomes easier.”

Although Anastasia sees the challenges that the Russian minority faces in Lithuania, she does not consider leaving the country.

“My home, my family, my friends are here. It is my life. [...] It is inconceivable that somebody should dislike his or her country or not feel a connection with it. I feel it. This is my land.” 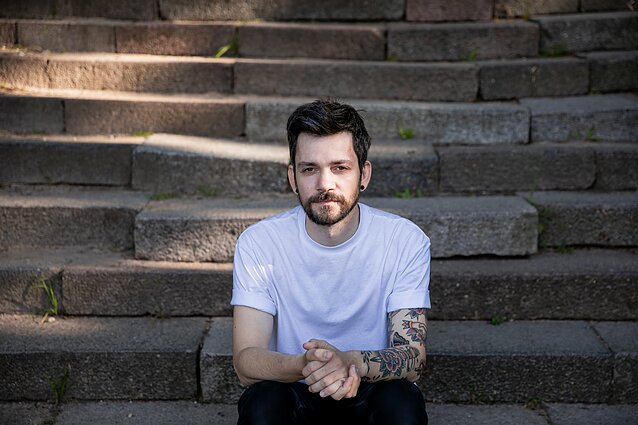 Aleksei: my entire history is here

“I have lived here my whole life. I am Lithuanian. I find it odd when people call me Russian. I am Russian-speaking, but definitely not Russian,” Aleksei says.

Aleksei was born in Lithuania, as were his parents who have Russian, Polish, and Ukrainian ancestry. Aleksei went to a Russian kindergarten and school, spoke Russian at home and with friends.

“Lithuania regained independence when I was six years old. Until then, I thought of Lithuania as Russia, because everyone spoke Russian. Then, Lithuanian billboards started appearing and it seemed strange to me.”

Aleksei says he does not feel any connection with Russia, because his family did not cultivate Russian traditions. The Russian language is his only connection to the nation.

“Russian traditions are foreign to me except for the fact that I am a Russian Orthodox Christian. [...] Maybe some Russians feel foreign here and relate more to their historic motherland. But I do not see my history there because I was born in Lithuania and my entire history is here,” he explains.

Despite being confident about his national identity, Aleksei says that it took him some time to work out who he was.

“Before, I thought I was Russian, but not fully. [...] Later, I could not say if I was Russian or Lithuanian or did not have a nation at all. But I was born here, my passport says I am Lithuanian, so this is who I am.”

But Aleksei admits that other ethnic Russians in Lithuania might feel more disconnected from the country they live in.

"I have many friends in Russia, but our worldviews are different."

“There are some people who are dissatisfied with everything here. It is especially common among the elderly who support Russia. They think that life in Russia is better, although they have never been there,” he says.

According to Aleksei, however, there are significant cultural differences between Russians in Russia and elsewhere.

“I see more and more that I do not understand what is happening in Russia. [...] I have many friends in Russia, but our worldviews are different. So we who grew up here could not be citizens of Russia.”

Nevertheless, Aleksei and his wife decided to speak Russian with their daughter.

“At home, we speak Russian, but when we go out, we switch to Lithuanian. She goes to a Lithuanian kindergarten and will definitely go to a Lithuanian school. We decided that she needs Russian to communicate with her grandmothers who barely speak Lithuanian.”

“The Russian language is the legacy of our grandparents. That is all.” 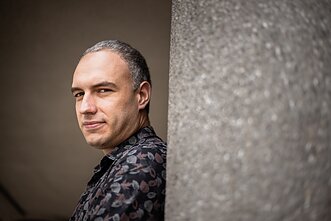 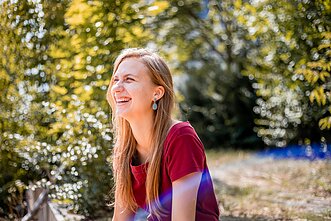 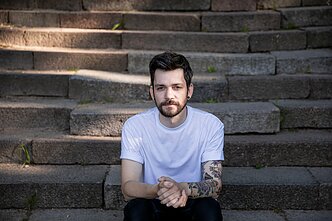 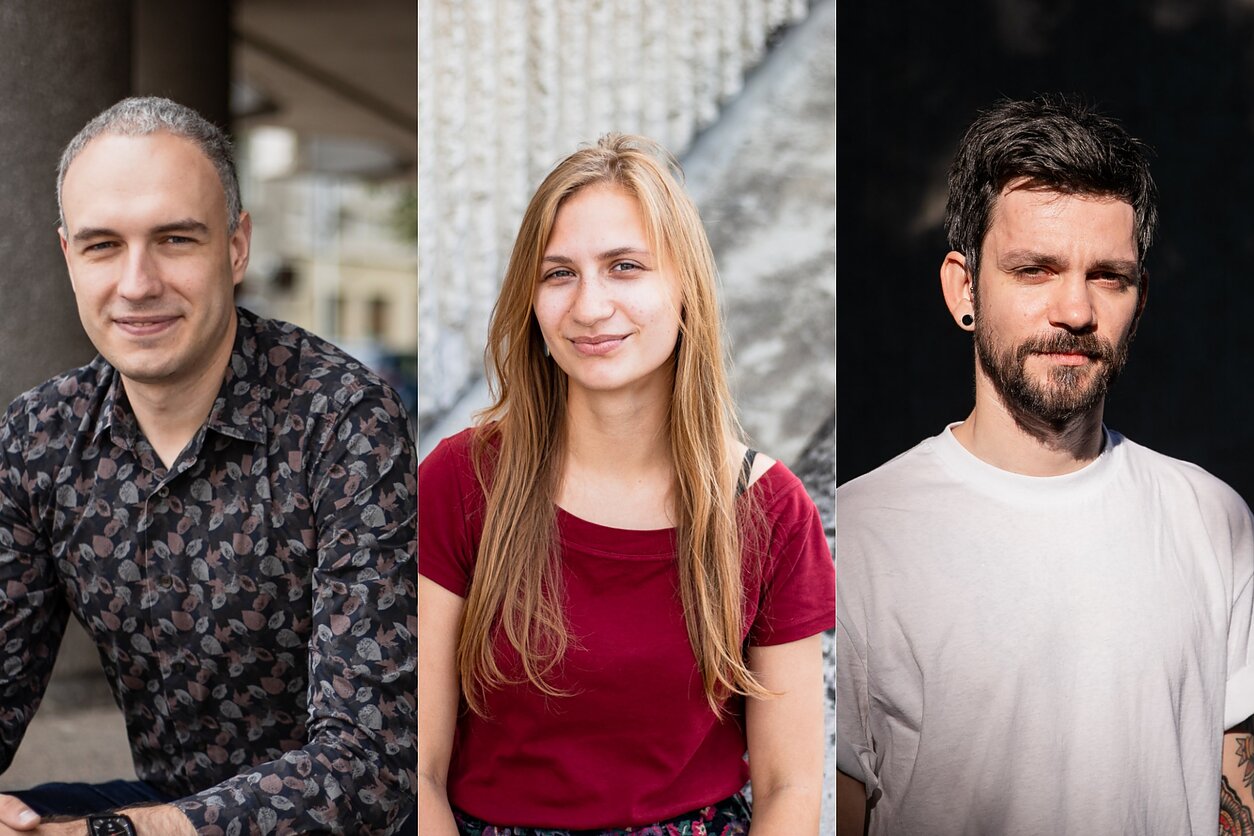 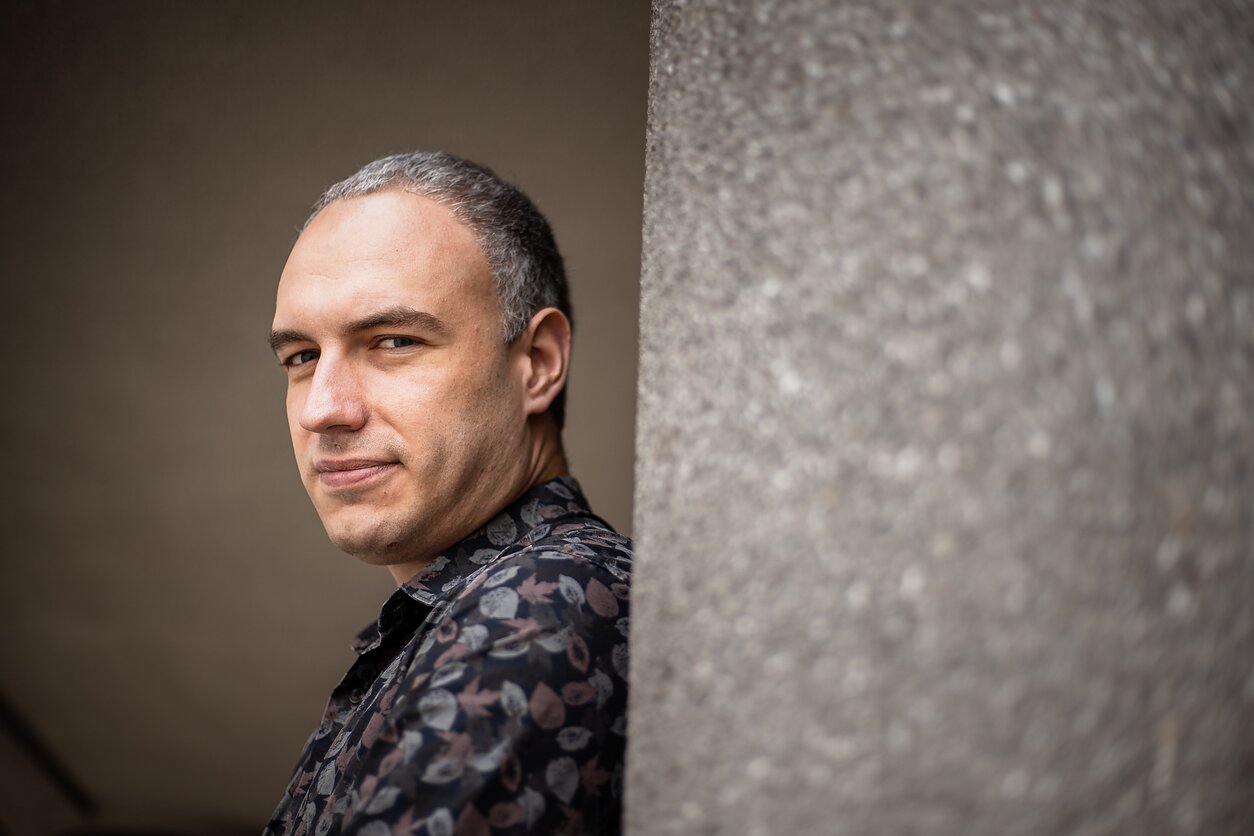 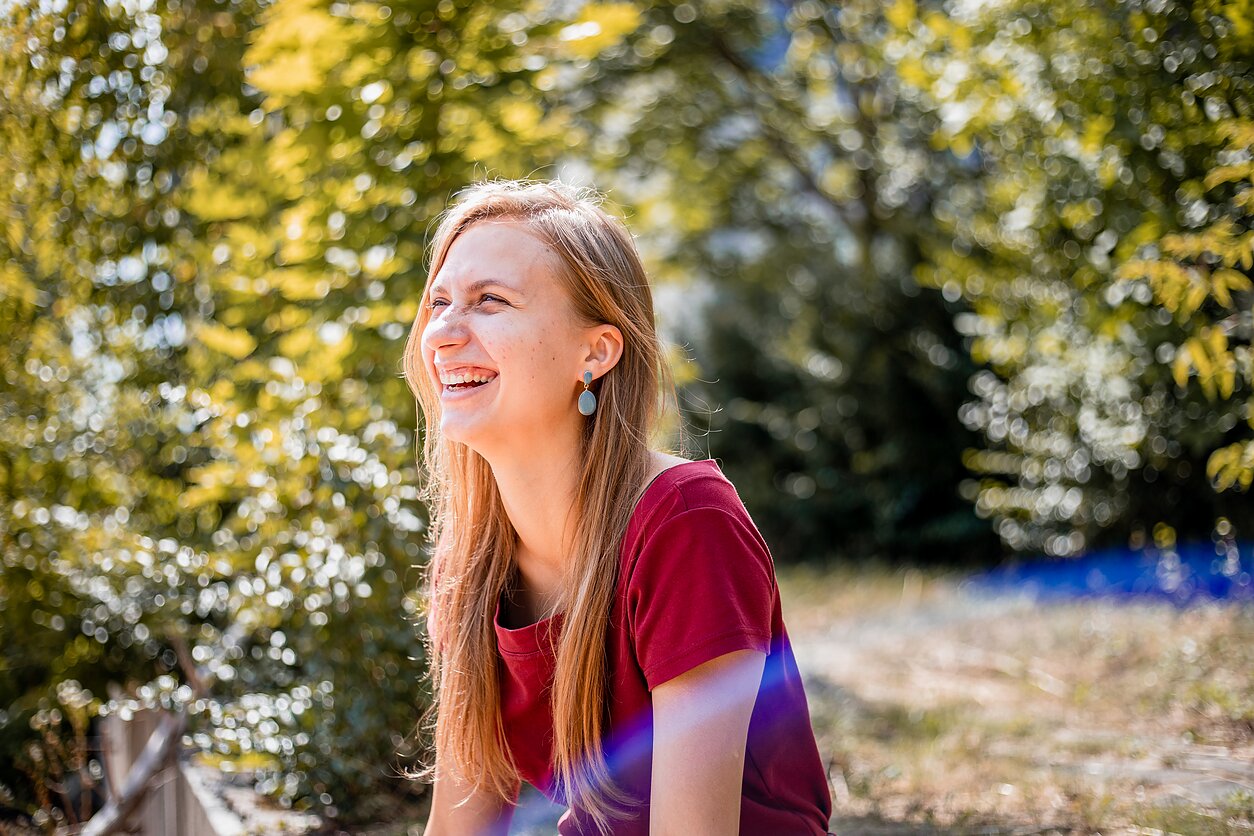 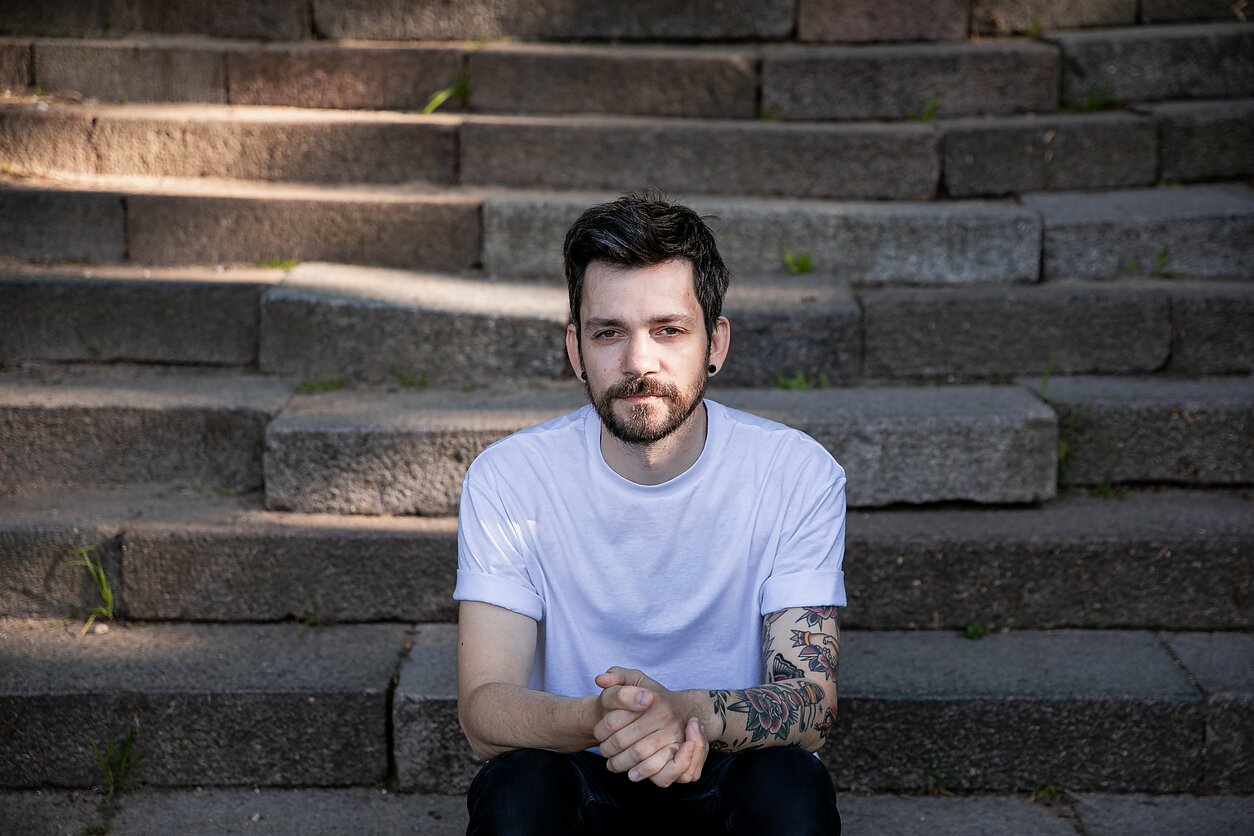