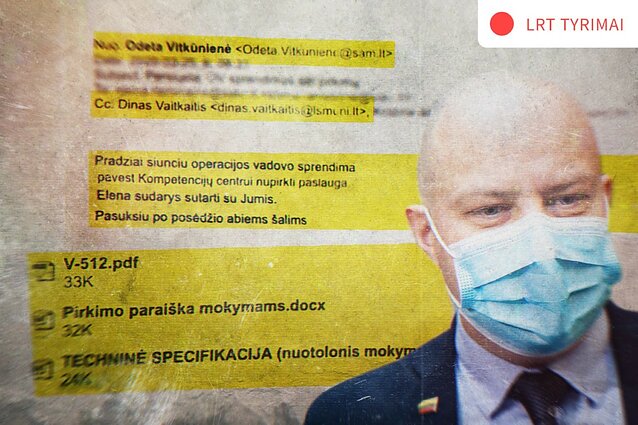 LRT Investigation Team has obtained emails showing that Lithuanian Health Minister Aurelijus Veryga personally instructed his subordinates to sign a 1.2-million-euro contract for medical training that may have been 24 times overpriced.

The emails reveal that, on March 24, Veryga ordered the Centre of Excellence of Healthcare and Pharmacy Specialists (SSKC), which is part of the country's Health Ministry, to buy online courses for medics on how to treat Covid-19 patients. 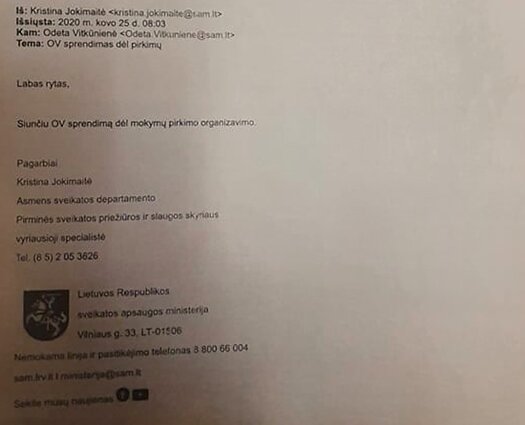 The anti-corruption investigators provided the SSKC with questions, but the centre received an order to coordinate its answers with the Health Ministry, a knowledgeable source told LRT Investigation Team.

“There weren’t lies in these answers. But many things were omitted,” the source, which asked to remain anonymous, told LRT.

According to the person, the SSKC did not tell investigators about the emails it received from the Health Ministry regarding the purchase of the course from the Crisis Research Centre.

“There were more emails. There were also many calls on March 25. Both the ministry and the future supplier exchanged calls,” the source said.

At that time, the Health Ministry said it only ordered the SSKC to buy medical training and that the centre itself decided who to buy the service from.

But the emails sent from the Health Ministry to the head of the SSKC included instructions with whom the contract must be signed.

On March 25, Kristina Jokimaitė, a specialist at the Primary Health Care and Nursing Department of the Health Ministry, sent an email to Odeta Vitkūnienė, the ministry’s chancellor, enclosing the minister’s decision and purchase documents regarding the medical training.

This exchange revealed that the Health Ministry’s decision to purchase the training course came with a pre-decided provider and prepared documents.

Heads of the SSKC and the Crisis Research Centre, as well as representatives of the Health Ministry, refused to comment on the matter.

The shareholders of the Crisis Research Centre are employees at the Lithuanian University of Health Sciences (LSMU), according to the LRT Investigation Team.

Before becoming health minister, Veryga also worked at the LSMU. Vaitkaitis previously denied that his company’s success was related to his relationship with his former colleague Veryga. 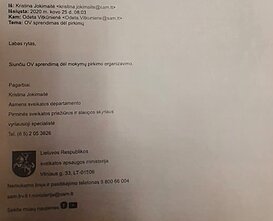 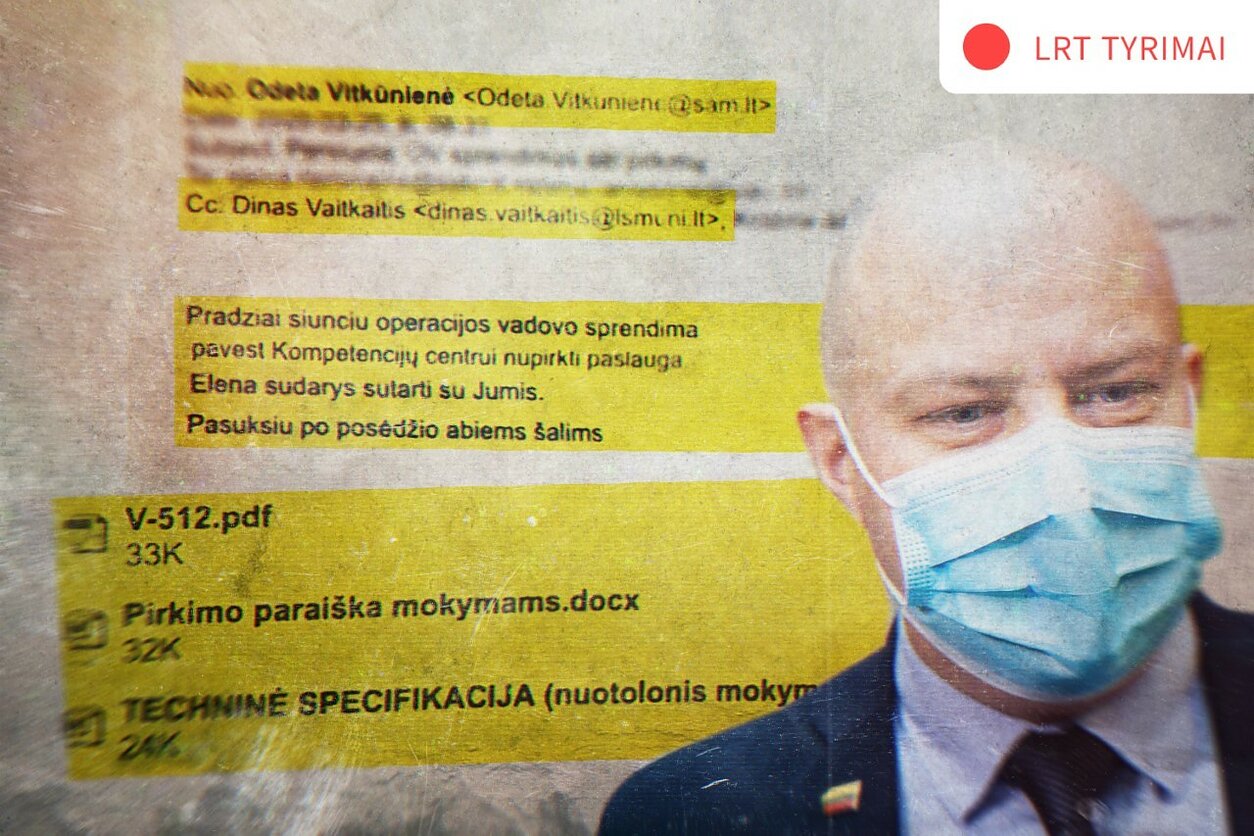 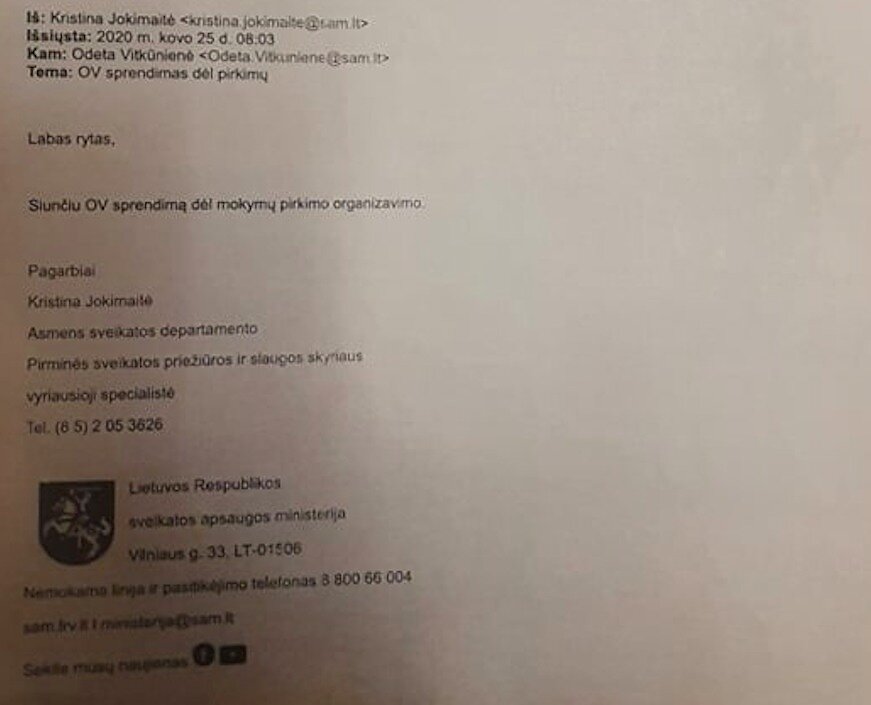