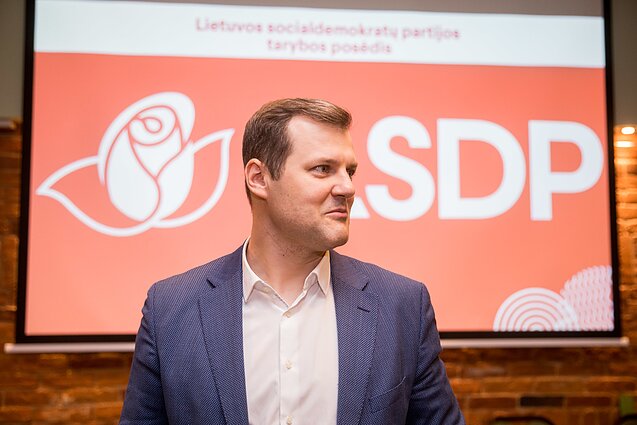 What do Lithuania's parties have to say following the first round of parliamentary elections? LRT English presents key takeaways.

Lithuania’s Social Democratic Party (LSDP) has failed to meet its expectations, according to its leader Gintautas Paluckas.

"But we are glad that we have 12 candidates in single-member constituencies and we are determined and ready for a very serious fight” in the runoff vote on October 25, he told reporters on Monday.

The LSDP rankd fourth in Sunday's general election with 9.26 percent of votes and won eight parliamentary seats in the multi-member constituency.

Another 12 candidates in single-member constituencies, including Paluckas himself, got into the second round of voting. Four years ago, the Social Democrats won 17 seats in the Seimas. 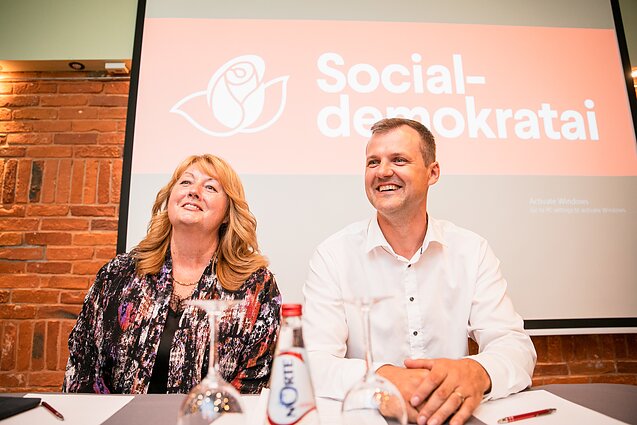 The party's board will decide on Monday on which candidates to support in the second round of voting and what support can be expected from other centre-left parties.

Paluckas also said he has already received calls regarding a possible coalition.

"There have been contacts or calls yesterday and today. But serious talks on what we could do will probably be moved to after the second round," he said.

Paluckas later told BNS that he had agreed with the Farmers and Greens Union to support each other’s candidates in the runoff vote. 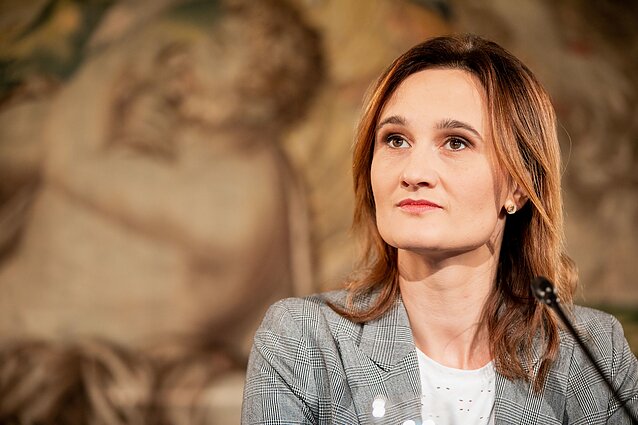 Viktorija Čmilytė-Nielsen, leader of Lithuania's opposition Liberal Movement, says she is happy with the results of Sunday's first round of election, despite the party performing worse than fellow liberals of Freedom Party.

“I consider our result to be good. To tell you the truth, we expected a slightly better result, but we have as many as nine candidates in single-member constituencies who got into the second round of voting,” Čmilytė-Nielsen told reporters on Monday.

The results from Lithuania's Central Electoral Commission show that the Liberal Movement received 6.79 percent of the vote in the multi-member constituency and secured six seats in the parliament, lagging behind the newly-established Freedom Party with 9.02 percent of the vote and eight seats. 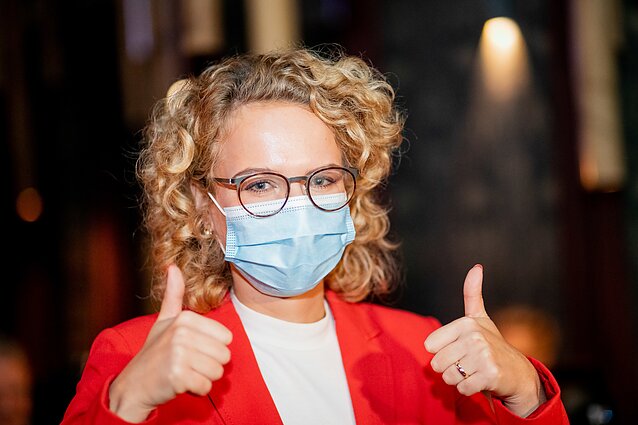 Freedom Party, a newly founded liberal party, has taken a surprise fifth spot in the first round of parliamentary elections.

Aušrinė Armonaitė, head of Freedom Party, said the voters heard the party’s message about the importance of education and improving the human rights situation in Lithuania.

“We managed to spread the message that it’s possible in Lithuania to have the idea of positive politics, that we should think more about the future and forget about disagreements in the past,” said Armonaitė.

“The people have heard our message that education will have to become the most important question [...] and that human rights issues remain unsolved for three decades,” she added. 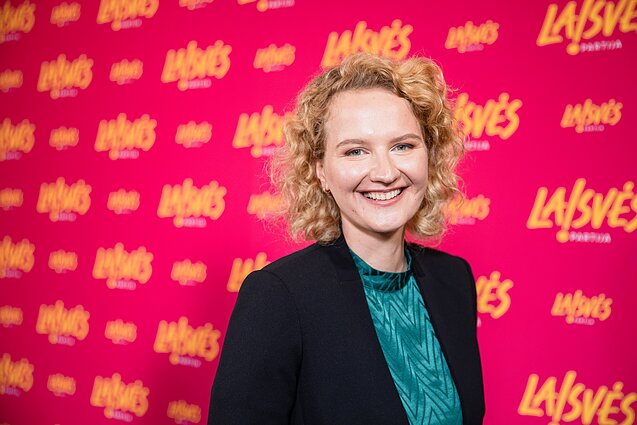 According to Armonaitė, education, legalisation of cannabis, and LGBTQ+ rights will be among the questions raised in the parliament.

When analysing government bans enacted over the past four years, Armonaitė said that Freedom Party would first look into alcohol policy.

“I am very happy that Freedom Party managed to send a fantastically brave message and we will do everything that the state could work [for the benefit] of everyone,” said a party candidate Tomas Vytautas Raskevičius.

The party has secured eight seats, and still has a chance to claim 12 more during the runoff vote.

According to political analysts, the party may become an important partner in helping form a ruling coalition.

However, “we will not sell our souls for seats”, said Armonaitė. 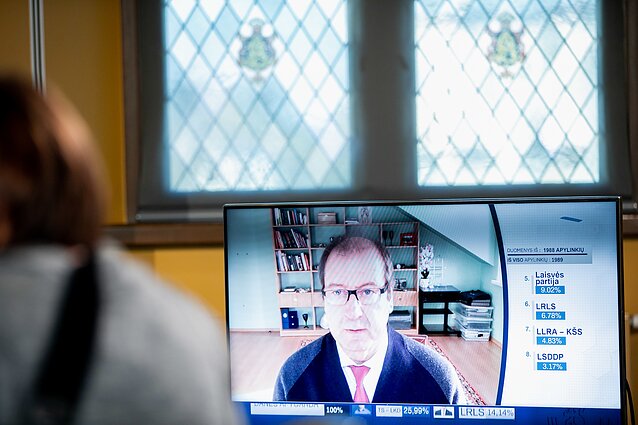 Labour Party ready to join whichever coalition is in power

The Lithuanian Labour Party said on Monday they were ready to cooperate with whoever is tasked with forming the next government.

“No matter on which side the government is formed, we are ready to cooperate,” Viktor Uspaskich, whose party came in third in the first round of the parliamentary election, told a news conference via a video call.

“We don’t want to sacrifice our program for some posts. It is very good and can still be improved. We could run with it in the next Seimas election,” he said.

Uspaskich said he was satisfied with the election result, because the party achieved its key goal of crossing the 5-percent threshold to enter the parliament.

Vigilijus Jukna, the party's lead candidate, echoed Uspaskich, saying that the party's participation in the next coalition will depend on whether it will be able to carry out its programme.

He said consultations with some parties were already underway, but gave no details.

Preliminary results from the Central Electoral Commission show the Labour Party received 9.47 percent of the national vote in the multi-member constituency. 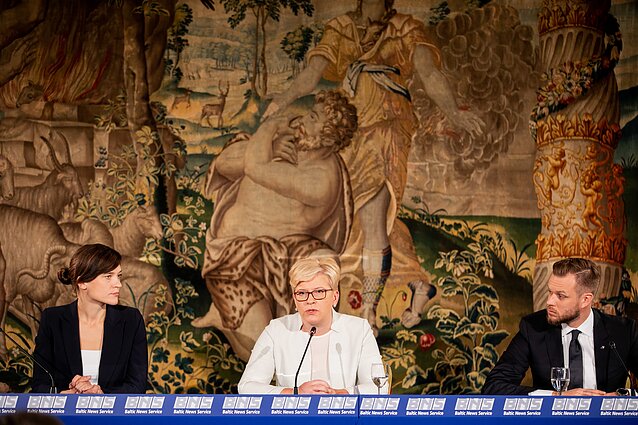 A broad ruling coalition could be formed in Lithuania's next parliament to meet the expectations of a wide range of voters, Gabrielius Landsbergis, the leader of the Homeland Union–Lithuanian Christian Democrats (TS-LKD), said on Monday after his party scored a victory in the first round of the Seimas election on Sunday.

“A coalition of concord, a broad coalition could cover a wider range of voter expectations,” Landsbergis told reporters during a post-election news conference. “This means that voters may be invited to come to the polls in the second round and look for acceptable candidates and ideas they perhaps did not see in the first round.”

Landsbergis did not rule out forming a coalition with any party that entered the Seimas.

“[The expectations of] people whose party did not win the election and is not among the first at the negotiating table must be taken into consideration,“ he said. “We have to take into account the programmes of those parties and the expectations of their voters and try to include them and consolidate the state.” 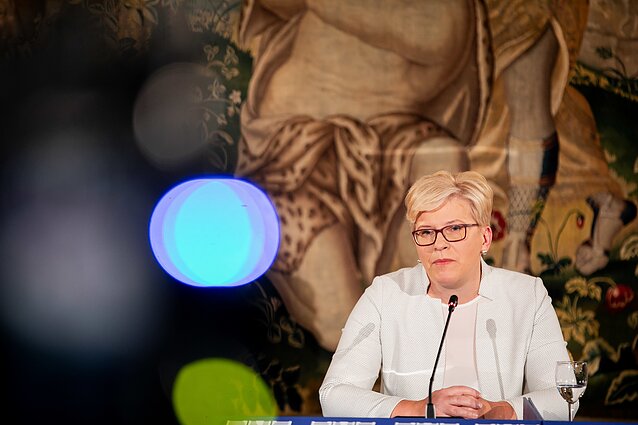 If the conservatives get to form the next government, it will include more women than the current cabinet, says the TS-LKD's prime ministerial candidate Ingrida Šimonytė.

“First of all, we would consider candidates for ministers based on the meritocracy principle. If some party can propose a person with major public trust, so I personally find it irrelevant if that's not a person I proposed, if the public and I consider other party's candidate a better option. And I would hope to have more women in the government, compared to this [outgoing] government,” the politician told a press conference on Monday.

Šimonytė says that once agreement is reached on these principles, there could be agreement on others. “Based on those criteria, I believe, we would agree somehow,” she added.

“Professional politicians” should work in the government, Šimonytė said, in reference to the incumbents' slogan of forming a “government of professionals”. She stressed that politicians should have a good relationship with the parliament to be able to work together.

“The problem of that [outgoing] government was not that the people were not professionals in their areas. […] The bigger problem is that there's no unity between the ministers and the political powers that delegated those ministers,” Šimonytė said.

Speaking of potential differences with the TS-LKD's most likely coalition partners, the liberals, Šimonytė pointed out their different positions on tax cuts and budget re-distribution.

“The classic discussion could take place on how much the country could cut taxes while still ensuring funding for education, healthcare, social security and other key areas,” Šimonytė said. 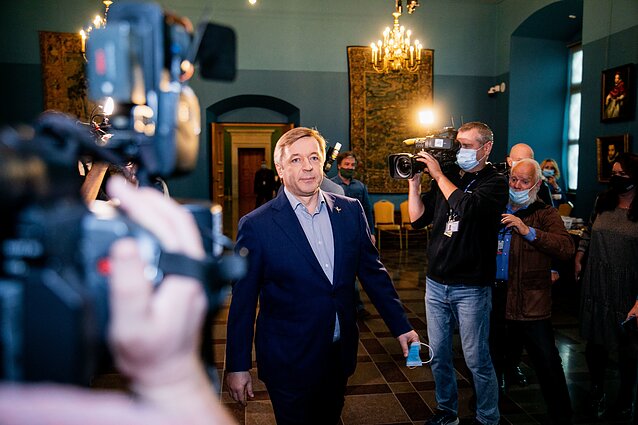 Ramūnas Karbauskis, the leader of the Farmers and Greens Union / E. Blaževič/LRT

The leader of the ruling Lithuanian Farmers and Greens Union (LVŽS) said that if his party went into the opposition, it would be more constructive than the Homeland Union–Lithuanian Christian Democrats, the winner of the first round of the parliamentary election.

The Farmers and Greens came in second in the first round with 17.5 percent of the national vote in the multi-member constituency, compared with the Homeland Union's 25 percent.

“If we are in the opposition, we will be constructive,” Karbauskis said. “We will definitely not do what our colleagues did, constantly [...] trying to make sure that laws are not passed.”

“On the other hand, I believe we will be a strong opposition,” he added.

Karbauskis said his party might still form the new government, in which case it would continue the current Cabinet's work.

The Farmers and Greens' partners in the outgoing ruling coalition – the Electoral Action of Poles in Lithuania–Christian Families Alliance (LLRA-KŠS) and the Social Democratic Labour Party – failed to cross the 5-percent threshold to enter the parliament. 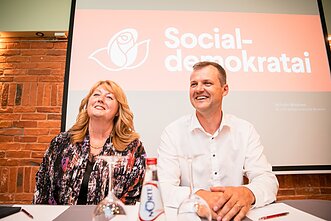 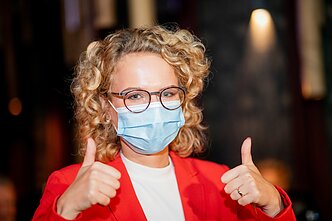 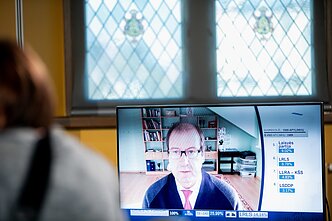 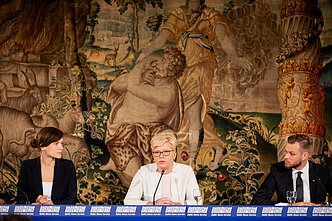 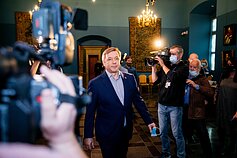 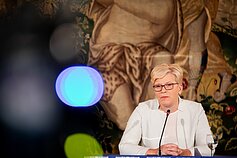 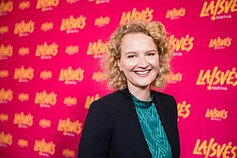 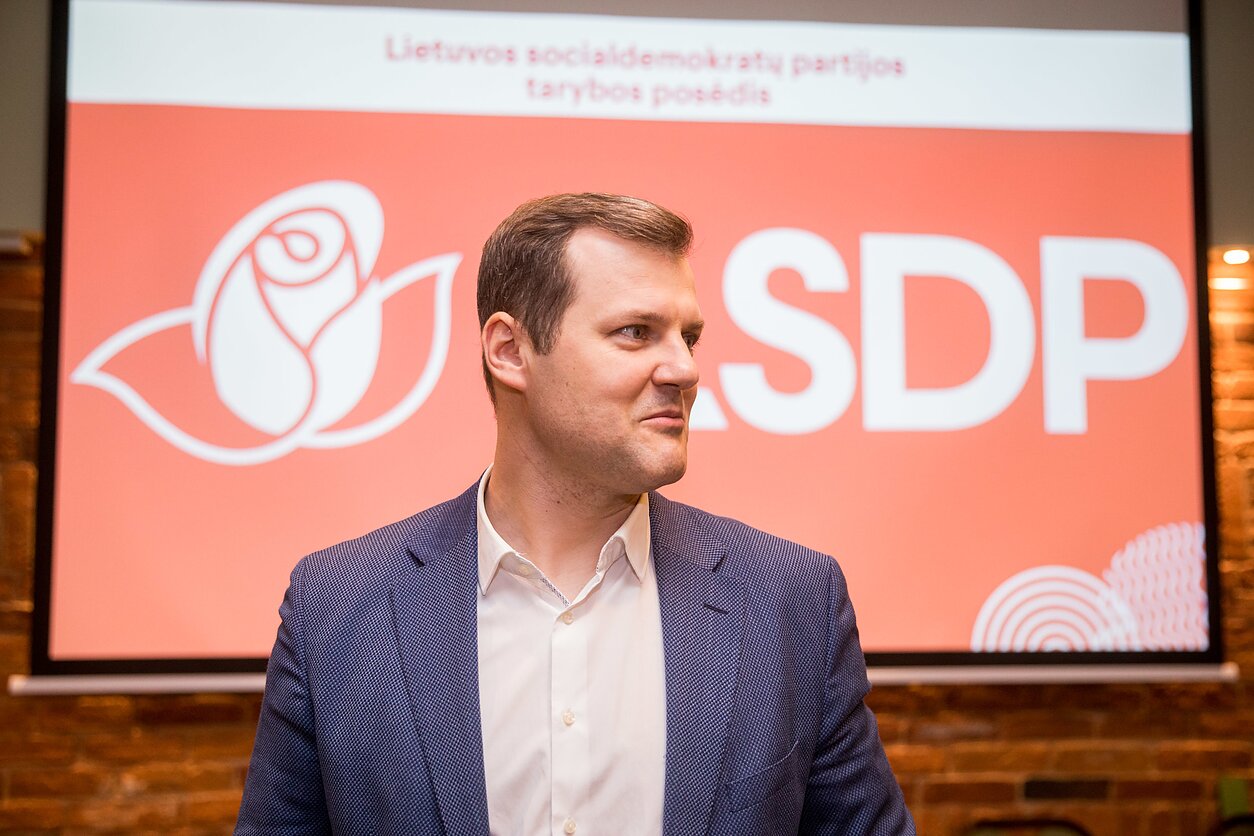 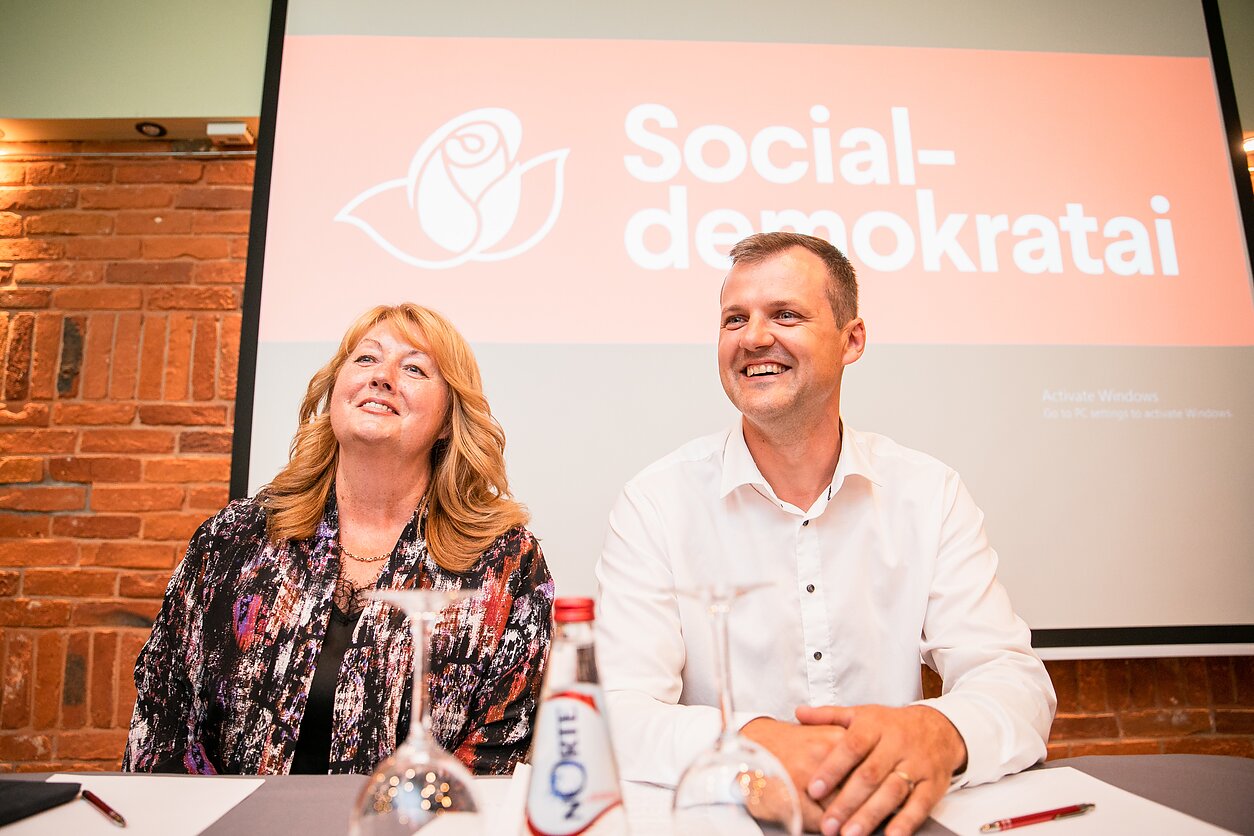 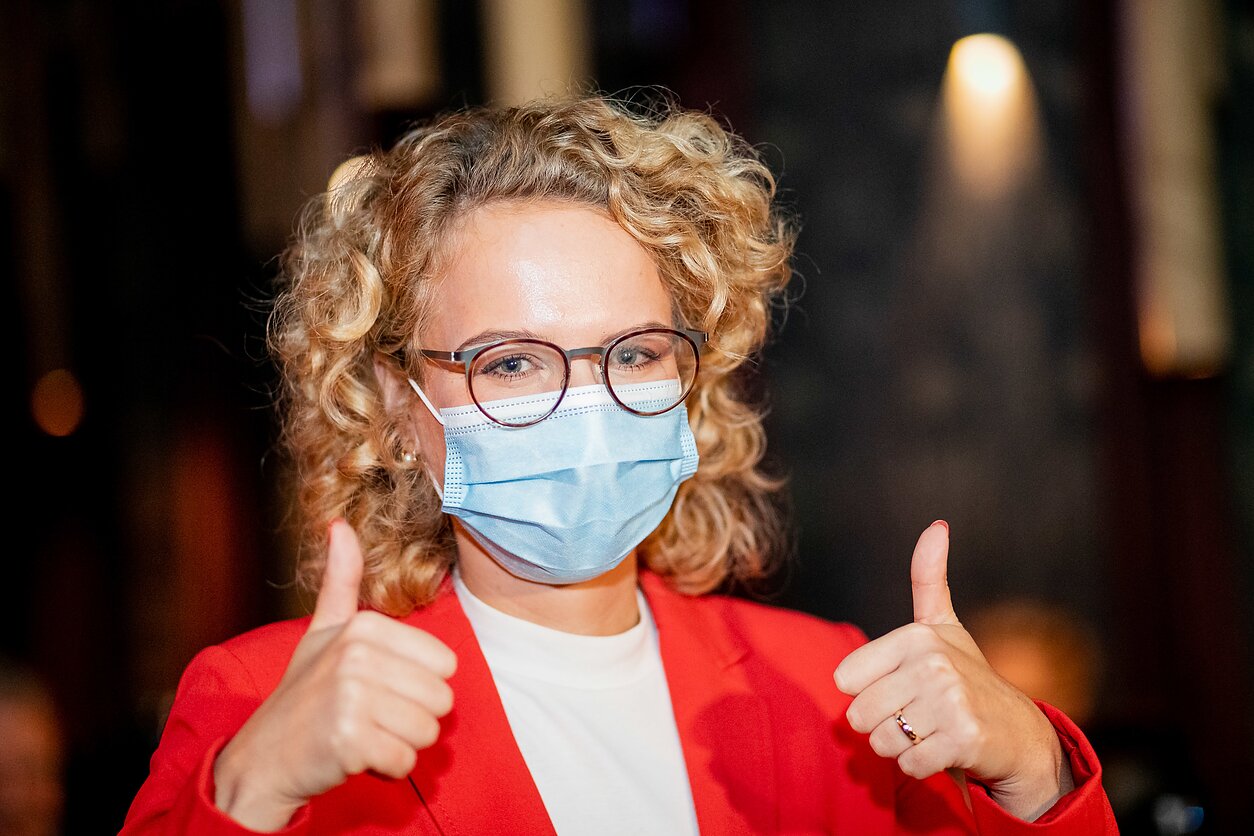 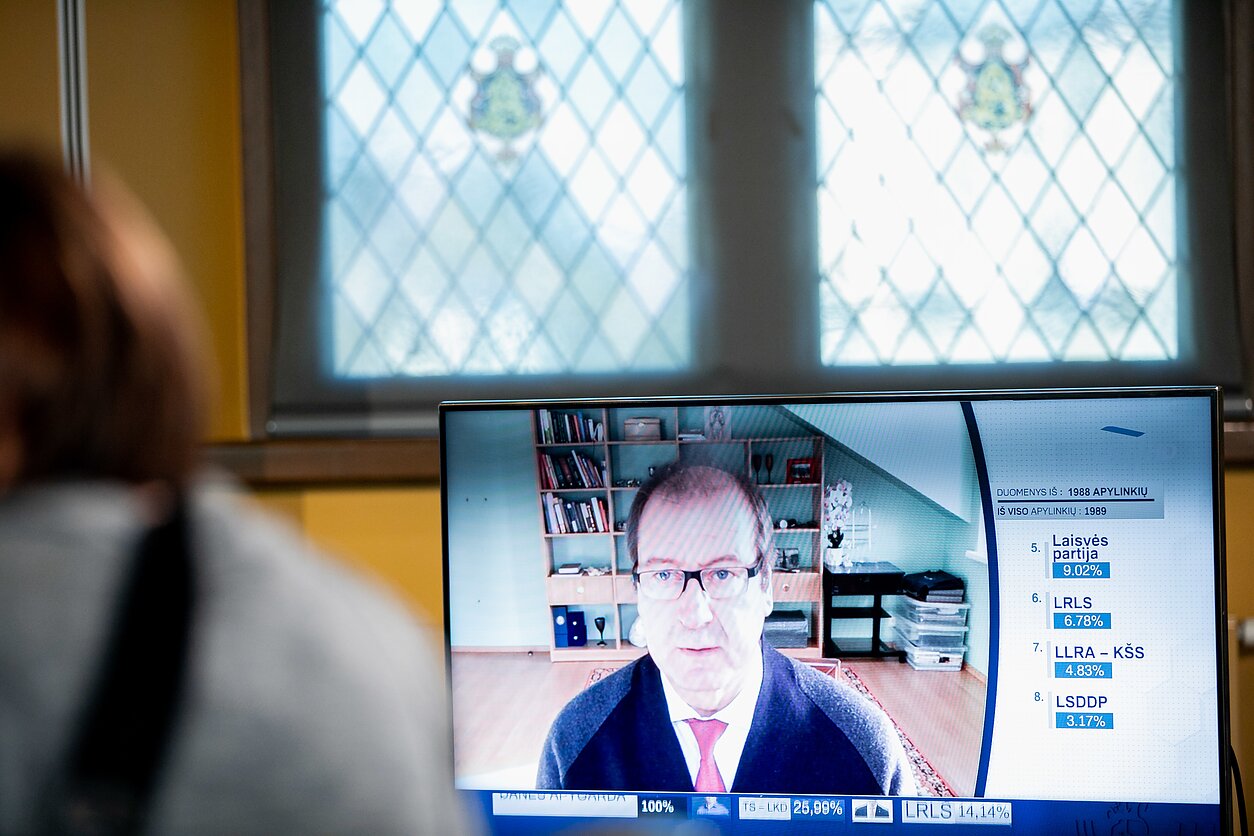 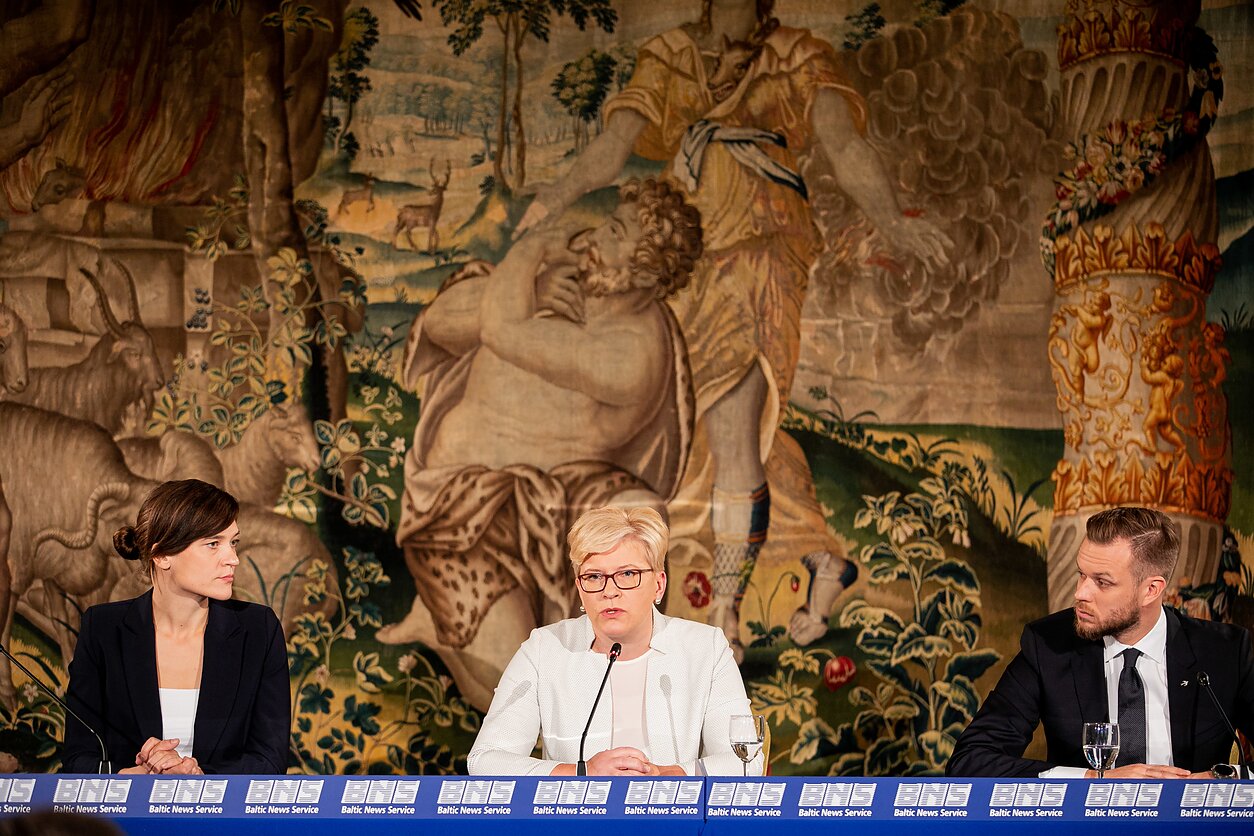 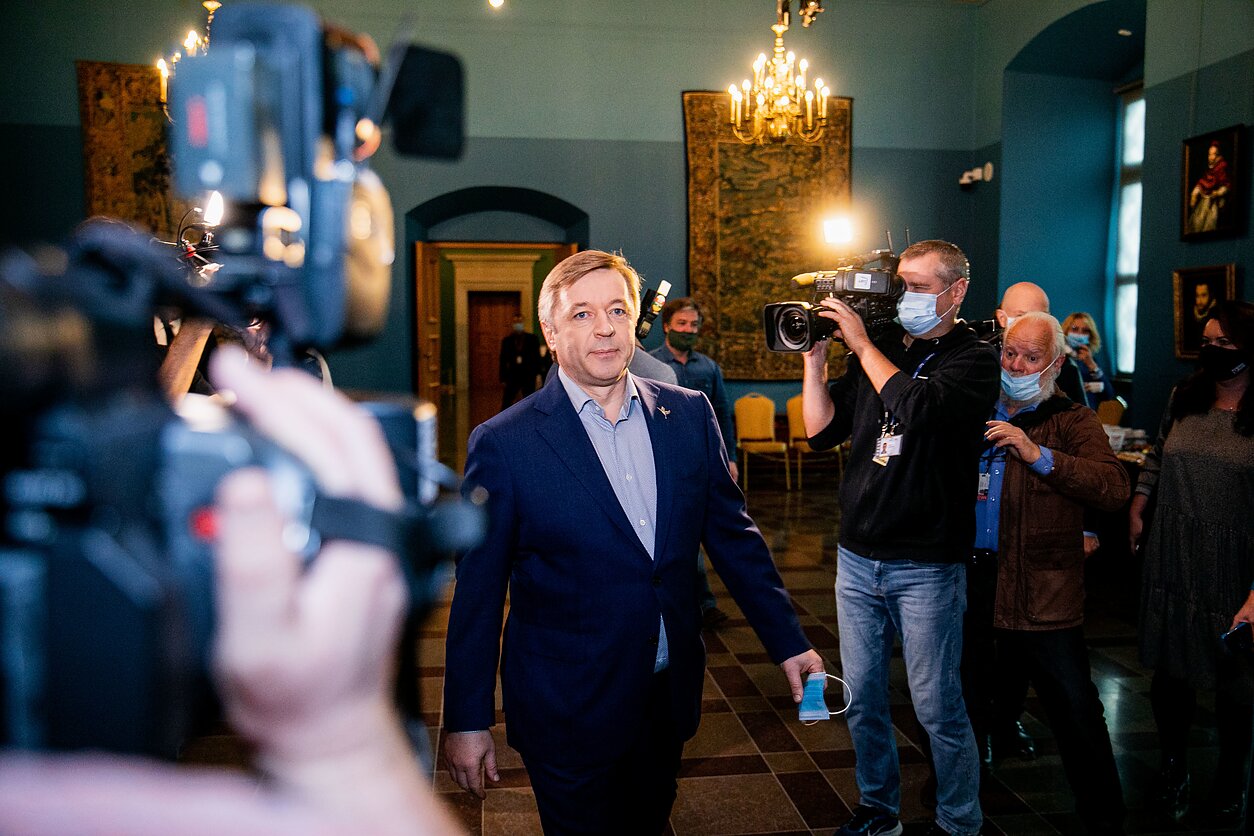 Ramūnas Karbauskis, the leader of the Farmers and Greens Union
6 / 9E. Blaževič/LRT 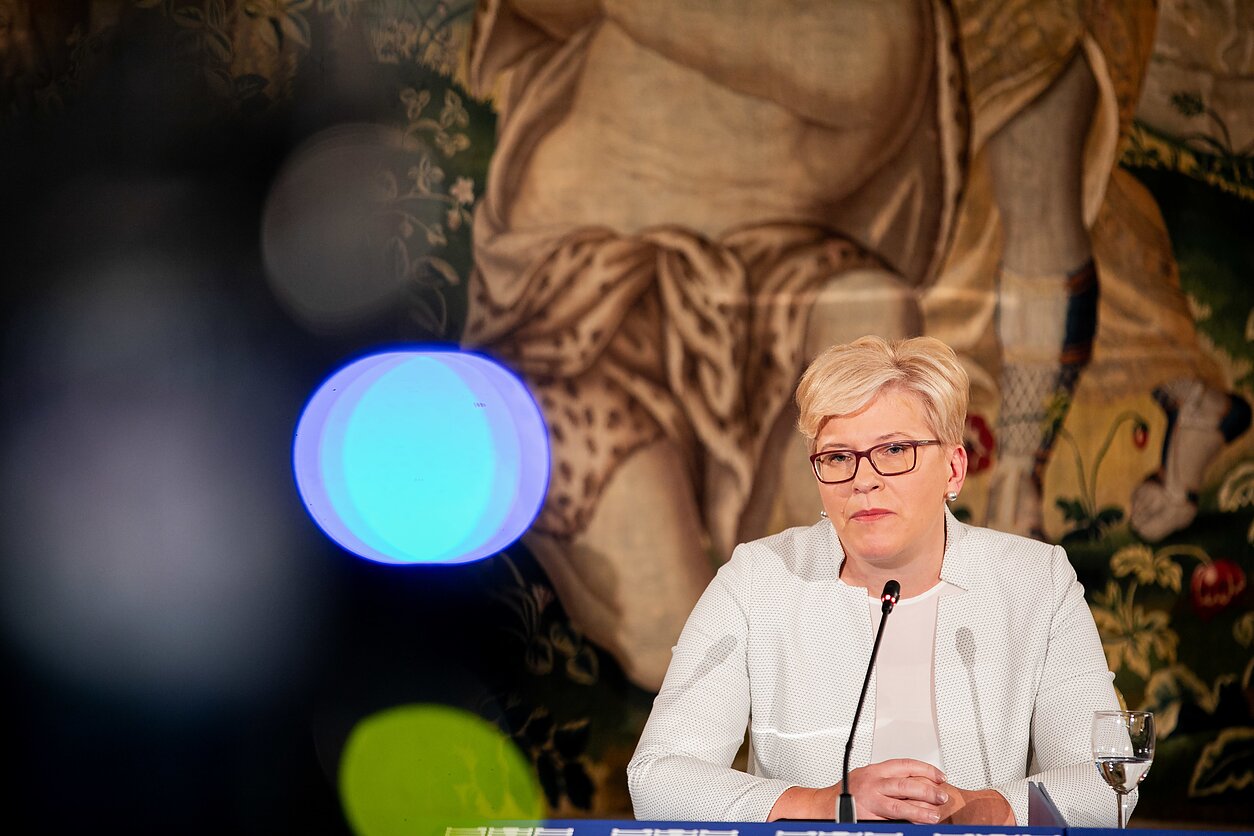 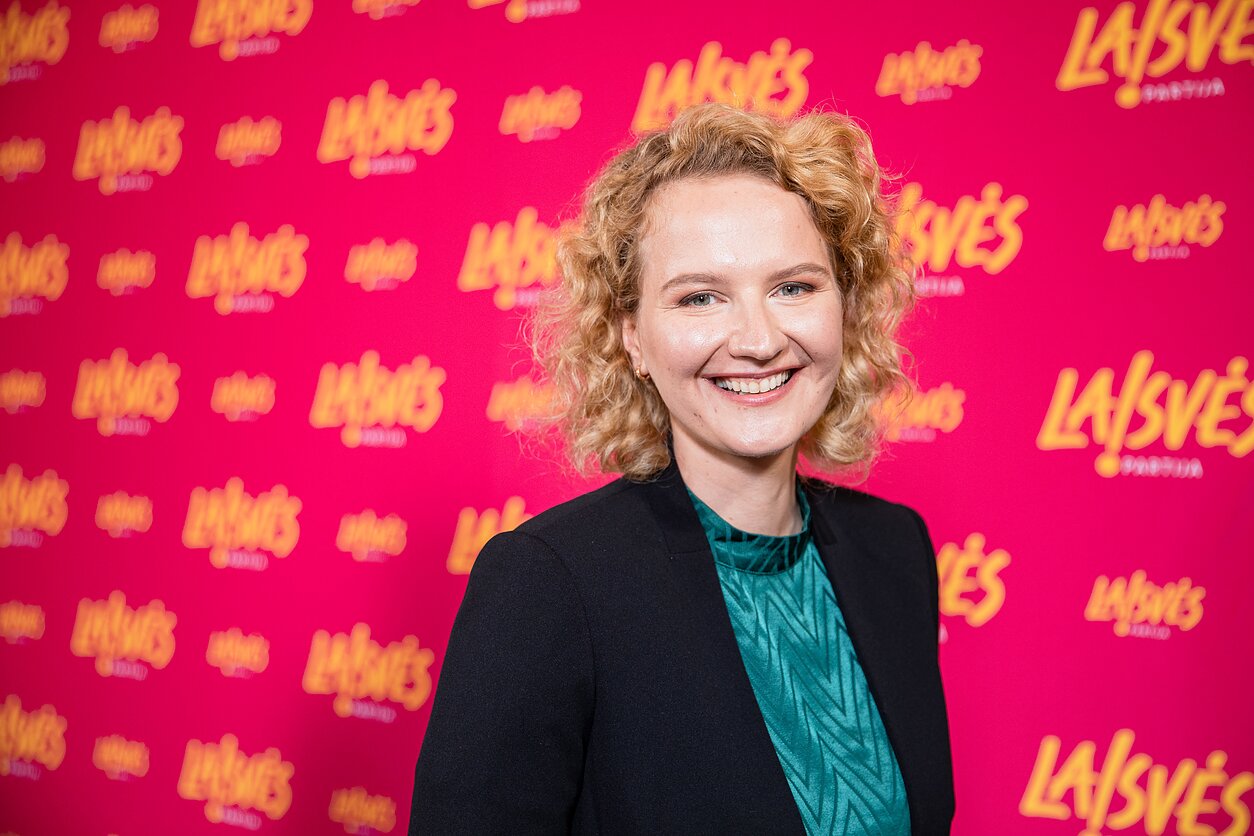 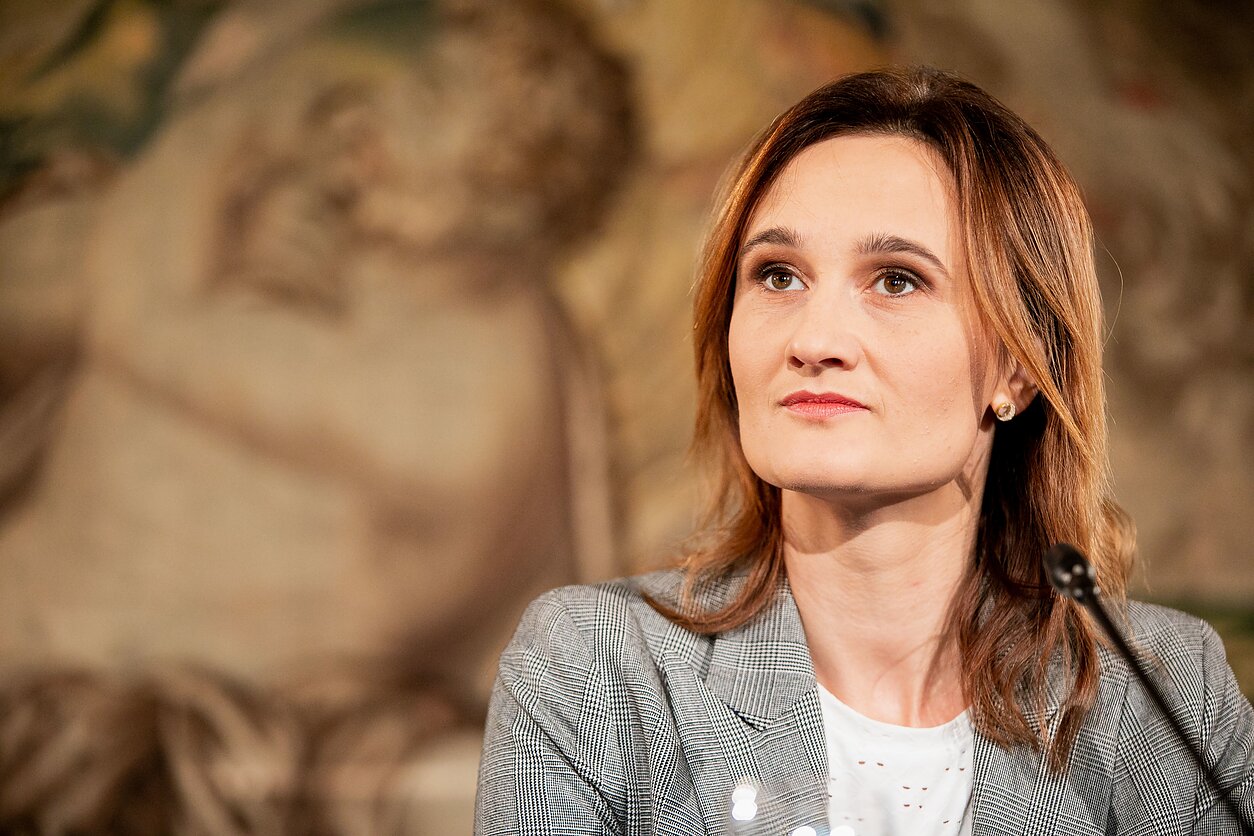