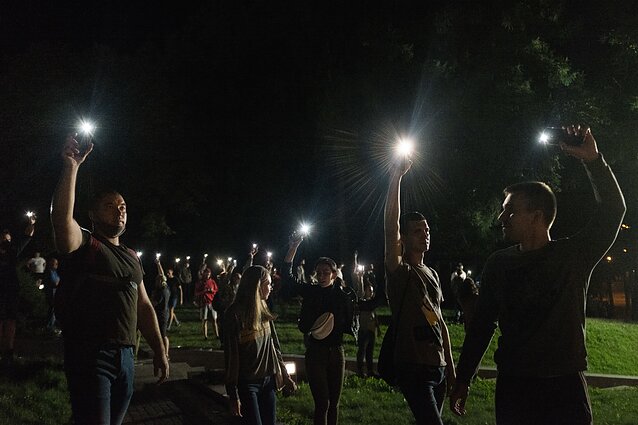 The protests in Belarus have been organised using Telegram, an encrypted social media app able to side step internet bans. With the biggest channels now followed by millions of subscribers, the few people managing them are wielding unprecedented, and largely unchecked, power.

"These channels are the vanguard of protests”, said Dzmitry Mitskevich, a Belarusian journalist in Minsk working for Belsat TV headquartered in Poland.

The protest plans for Minsk other cities are put out by NEXTA, the biggest channel with 2.1 million subscribers in the country of some 9.4 million people. The channel's administrators had already found safe space in Poland prior to the August 9 presidential election and the subsequent crackdown on media and opposition activists.

Although the app is encypted, the channels publish and keep the information public to help coordinate the protests. But this means the authorities are also kept in the loop – they “definitely know the initial plan, because they also read Telegram”, said Mitskevich.

Thousands of Belarusians use the plans put out by NEXTA and other channels. What steps the administrators take to come up with the plans, or who and what influences their decisions, has never been disclosed. At the time of publication, NEXTA has not replied to questions by LRT.lt. 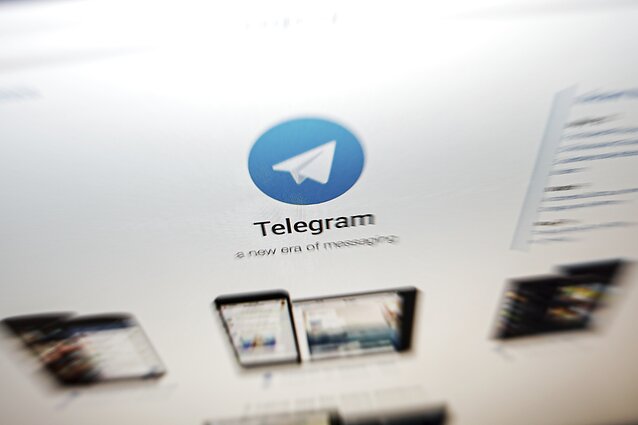 The founder of NEXTA, Stepan Svetlov, said in a recent interview to the New York Times that the administrators cooperate with other Telegram channels. “It’s happening on a constant basis, day and night,” he told the NYT, without going into further details.

An official from the Belarusian opposition’s Coordination Council, established by Alexander Lukashenko’s challenger Svetlana Tykhanovskaya to help facilitate the transfer of power, said they’re not working with any of the Telegram channels.

“We follow the information that is being put out,” the official said while speaking off the record. The council doesn’t aim to coordinate or cooperate with Telegram activists, because the opposition is still trying to engage in a dialogue with Lukashenko’s government.

“[The authorities are] already trying to write us off as those organising the protests,” the official said. Working with the channels would give credibility to the regime’s claims. “All the self-organisation initiatives are led by the people.”

Following years of repressions against any sign of dissent, “only self-organisation is possible in Belarus, and in this case, Telegram channels play a very important role,” Aleksey, administrator of a Belarusian Telegram channel, told 15min.lt news website in Lithuania.

He moved to the Lithuanian capital Vilnius five years ago. He asked to stay anonymous and only revealed the name of his channel, allegedly one of Belarus’ biggest, off the record.

“We try to refrain from sharing information where we are based,” he said. “Sometimes we don’t even know the real names of the [administrators]. For example, no one knows in Belarus that I’m the admin of this channel.” 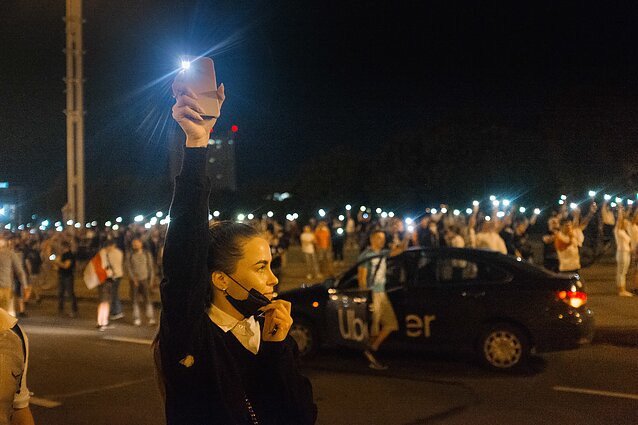 Besides the large channels guiding mass rallies, self-organisation on Telegram also trickles down to even the apartment-block level, according to Mikhail Prokudin, a Belarusian activist in Vilnius.

In Lithuania, he’s helping organise support for persecuted Belarusians via Telegram and also personal connections. His mother, meanwhile, is involved in the protests in their suburb in Minsk.

She joined a Telegram channel of some 3,000 people from the Kalinovski electoral district where people discuss daily protest plans, coordinate collection of signatures to recall their local MP – an initiative aimed at driving another wedge into the regime – and answer pressing legal questions. “She got to know her neighbours better and met people in her building she never knew before,” said Prokudin.

In one instance, a volunteer shared the time and location where she would be collecting signatures. Further down the channel, diagrams announcing protest routes intertwined with call-outs for support and legal questions.

Although some channels have opted for invite-only access, most of them remain open. As such, they have been vulnerable to alleged government interference, according to Prokudin.

“There are a lot of provocateurs”, including bots, which post information “like how to make single-shot guns,” he said. These potentially fake accounts are immediately banned, he added.

People have been advised to hide their phone numbers and change their Telegram nicknames to avoid detection, said Prokudin. “But right now, people stopped being afraid. They have overcome the long-time fear [of the regime].” 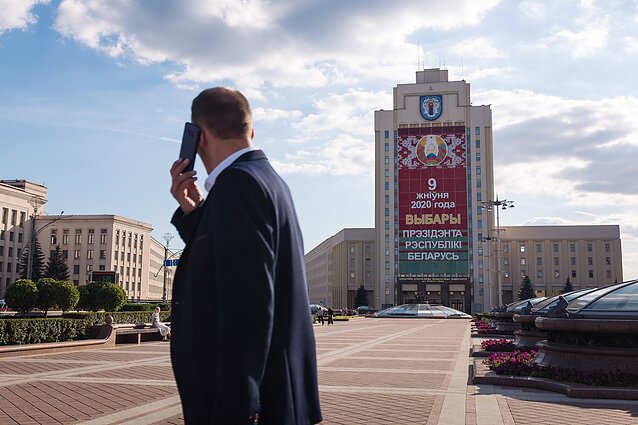 A massive billboard in Minsk announcing the presidential election on August 9. / B. Gerdžiūnas/LRT

“Good luck [to the security forces] to process all of this information. There are so many people involved,” he added.

As Belarusian authorities failed to suppress Telegram – despite the rolling internet blackouts across the country – the police can still gain physical access to the protesters’ phones.

“The main danger is going to the street with your phone,” said Anton Merkurov, a Russian specialist on media and communication technologies. “The [major] security flaw in all social media messengers is that someone can physically access the user’s device.”

In 2018, Telegram was banned in Russia after refusing to hand over its encryption keys. After a lengthy battle, Moscow backtracked from the ban and lifted it completely in June 2020.

In Belarus, however, scores of detainees who were subsequently tortured in prisons reported that they were forced to hand over access to their phones, and subsequently, to their private conversations on Telegram.

Although it’s technically possible to hack encrypted devices, it’s very difficult to do during moments of mass unrest, “like in a revolution”, added Merkurov. 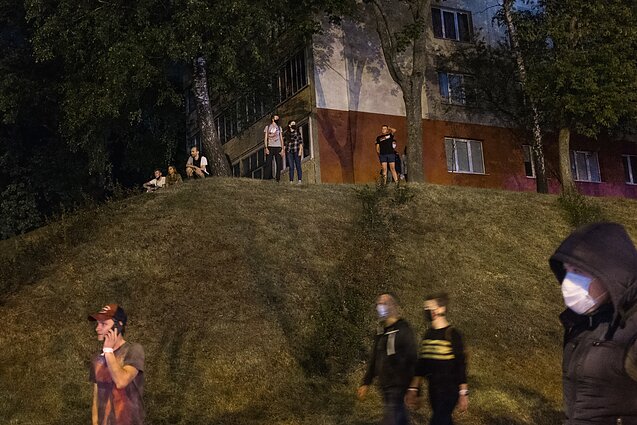 Meanwhile, misinformation risks are the main point of concern among local journalists. Every day, the channels share thousands of images and videos from the protests, as well as leaked documents and other material. But “without fact checking and without editorial staff, [they] don't have the time to process the information like the professional media", said Mitskevich from Belsat.

And with the government cracking down on journalists, “Telegram channels are not media, but they now perform the function of the media”, according to Mitskevich.

As the platform has to rely mostly on anonymous sources, this leads to inevitable mistakes.

During the first night of protests after the election, several Belarusians ran up to a small cohort of reporters. “Is it true that the police joined the side of protesters in five or six cities?” they asked.

They got the information from friends at home who managed to bypass internet blocks and access Telegram. But the news were false. It helped lift morale among the protesters following hours of running battles with the police that indiscriminately fired tear gas and rubber bullets. At the same time, misinformation led to higher risk-taking motivated by misplaced hopes.

Mouth to mouth, the news of police allegedly switching sides began spreading among the protesters. Soon, they began to approach security forces, chanting that the police in “five cities have laid down their shields”.

Those that got too close were quickly dragged into police vans and may have been among the thousands of detained Belarusians who faced torture and beatings. Despite reports of several groups of police officers defying orders and choosing not to attack protesters, the security apparatus remained loyal to the regime.

“Do I feel responsible for what we publish? Only in terms of whether it will bring people closer to victory and the end of the dictatorship,” Roman Protasevich, the chief editor of NEXTA, told the BBC.

On the same night, NEXTA reported the first death among the protesters, information that soon proved to be false. Still, media around the world had already widely reported the incident. 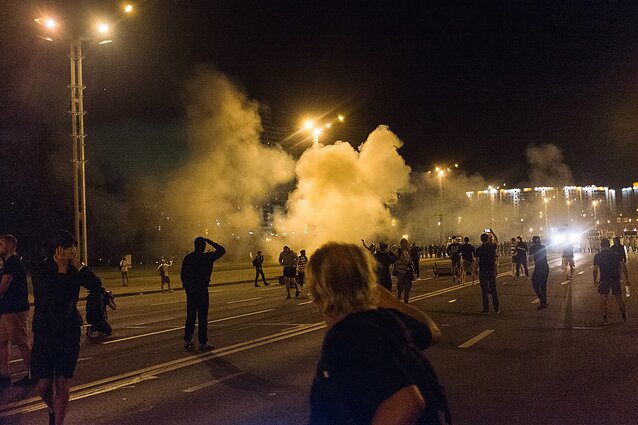 “It's really important to label content to let people know when something could be questionable or unverified,” said Anya Schiffrin, a journalist and lecturer at Columbia University in the United States, a leading media education institution. Regardless, “the use of encrypted apps for news gathering and dissemination is here to stay,” she said at the annual European Forum Alpbach conference.

With the majority of communication moving online, the authorities have been trying to gain access to the network of opposition channels on Telegram.

“The regime created a special app called NEXTA on Google Play store,” said Michevich from Belsat. “The app was created to collect personal data” but was quickly identified by Belarusian activists and warning signs appeared across popular Telegram channels, he added.

As of early September, the app was no longer available on Google Play store.

In an interview with Euronews, Roman Protasetich from NEXTA said they regularly received false information they believed to be coming from security forces. He said NEXTA used techniques common among investigative journalists – such as cross referencing and geolocating – to confirm sources.

But with a continuous stream of user-generated content, as well as having to not just cover, but also guide the protests, the stakes are colossal.

And although the role of Telegram is undisputed, once the people come out en masse, the protests deluge into spontaneous action. “Protesters then act how they feel,” said Michevich. Neither the people, nor the regime, can then “say what will happen”. 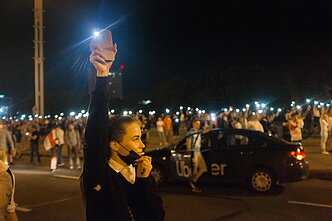 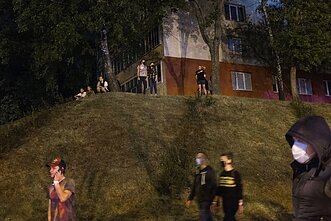 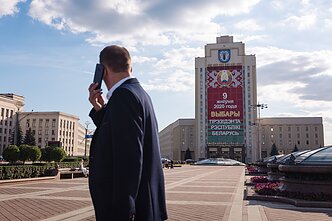 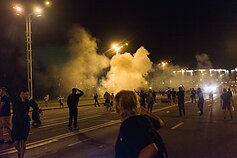 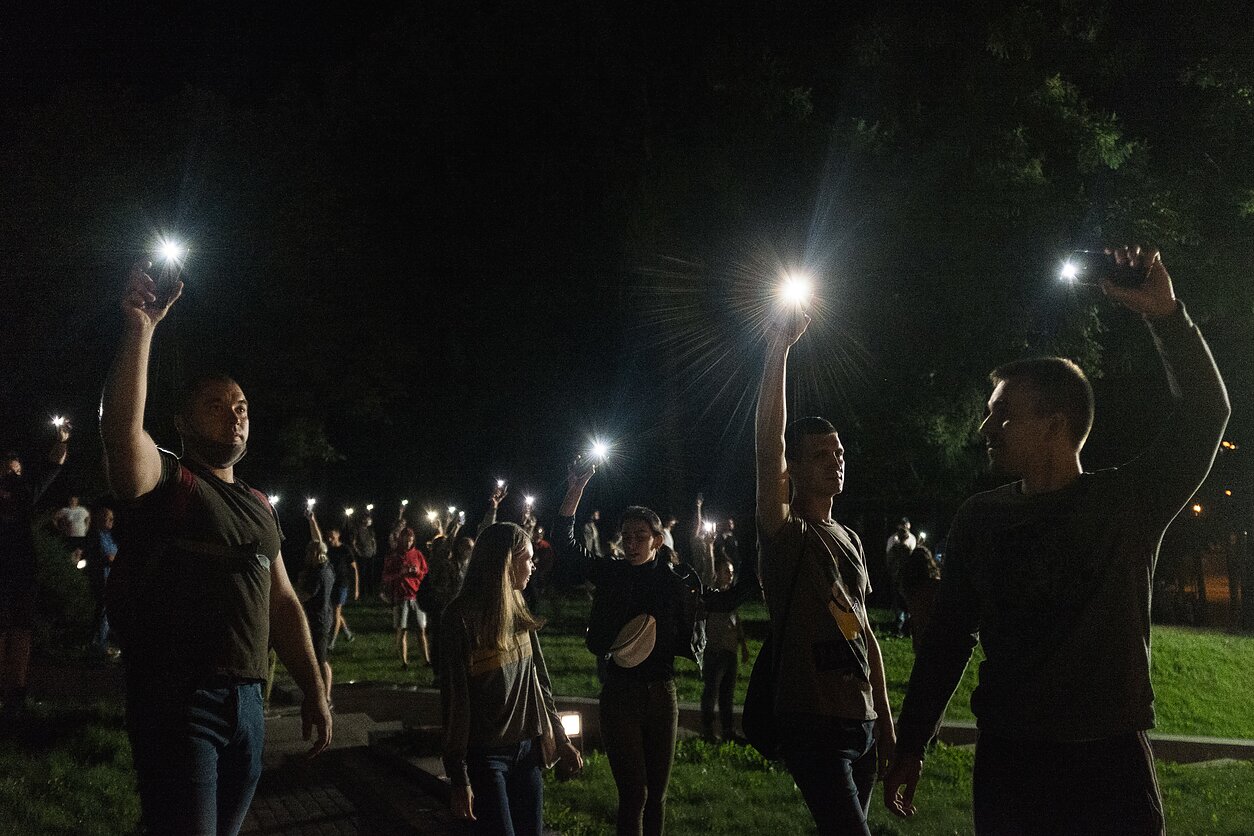 Protests in Belarus
1 / 6B. Gerdžiūnas/LRT 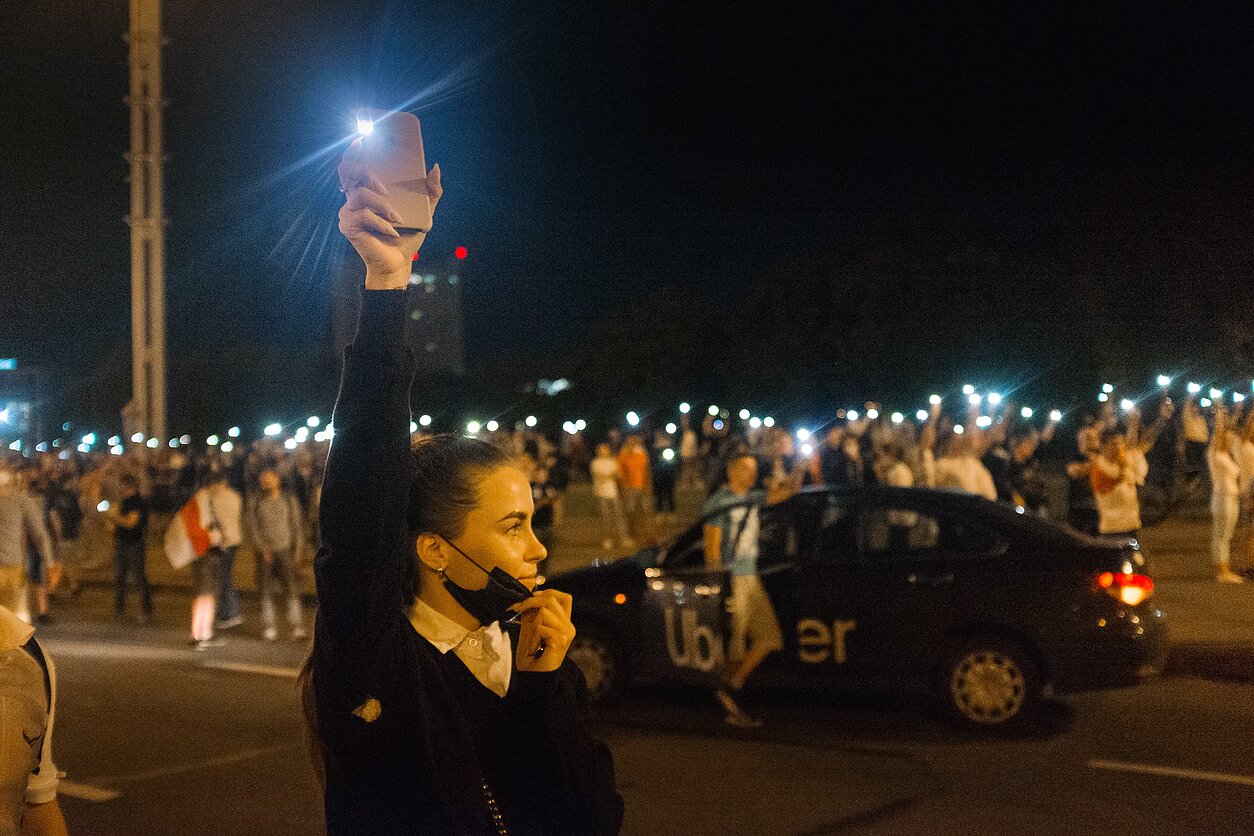 Protests in Belarus
2 / 6B. Gerdžiūnas/LRT 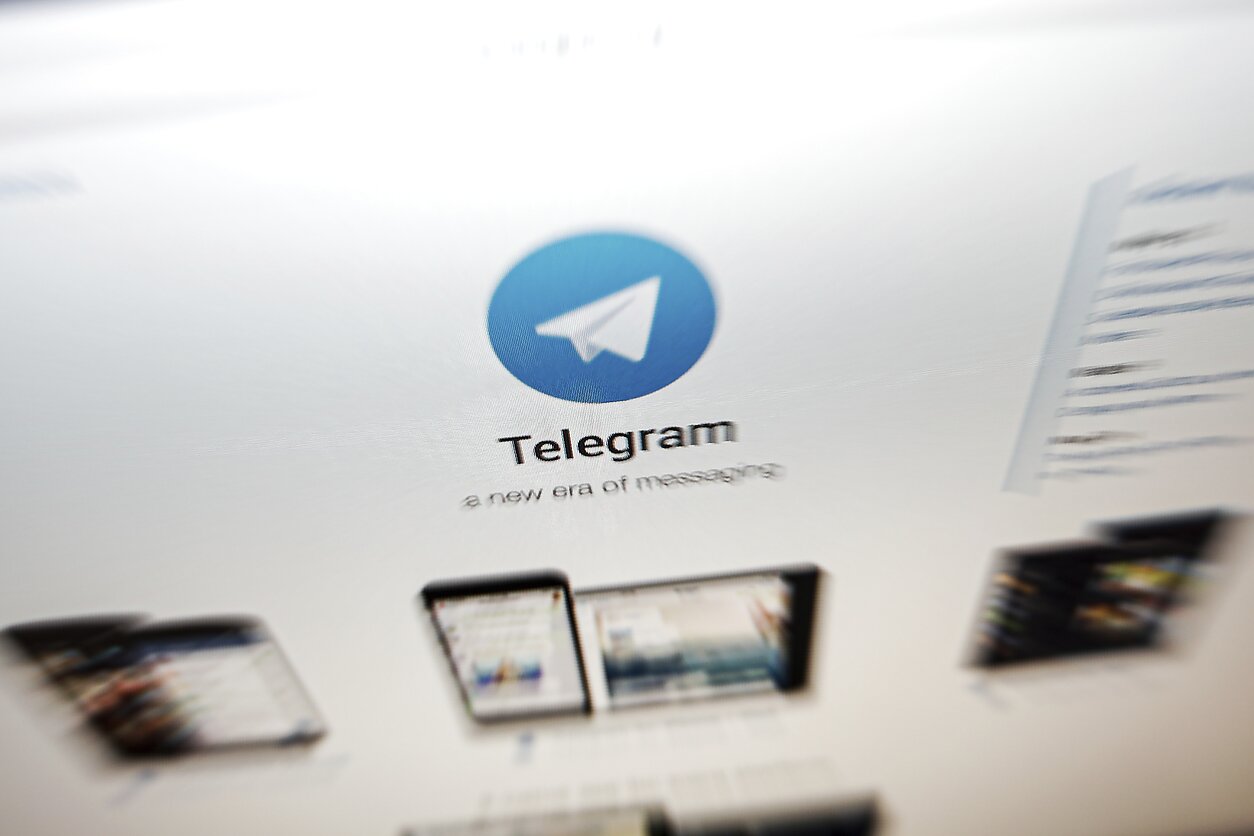 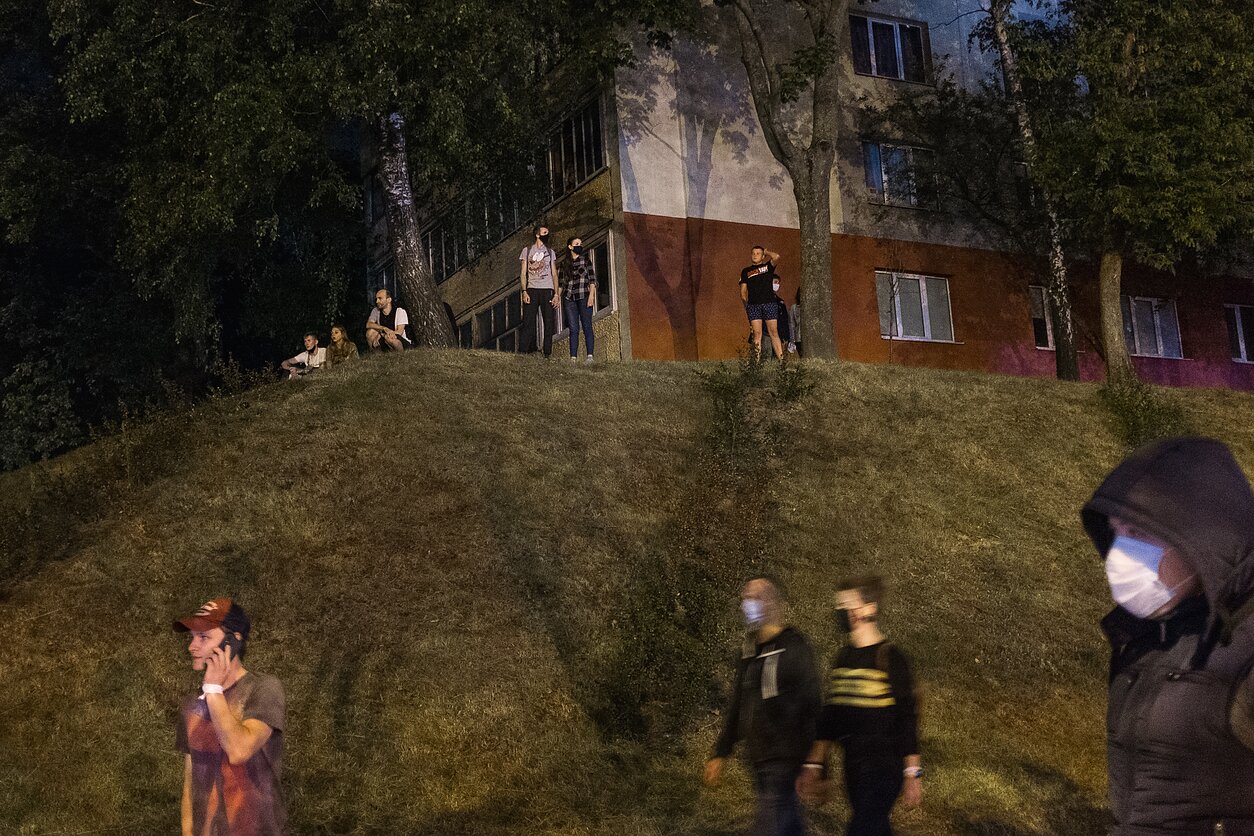 Protests in Belarus
4 / 6B. Gerdžiūnas/LRT 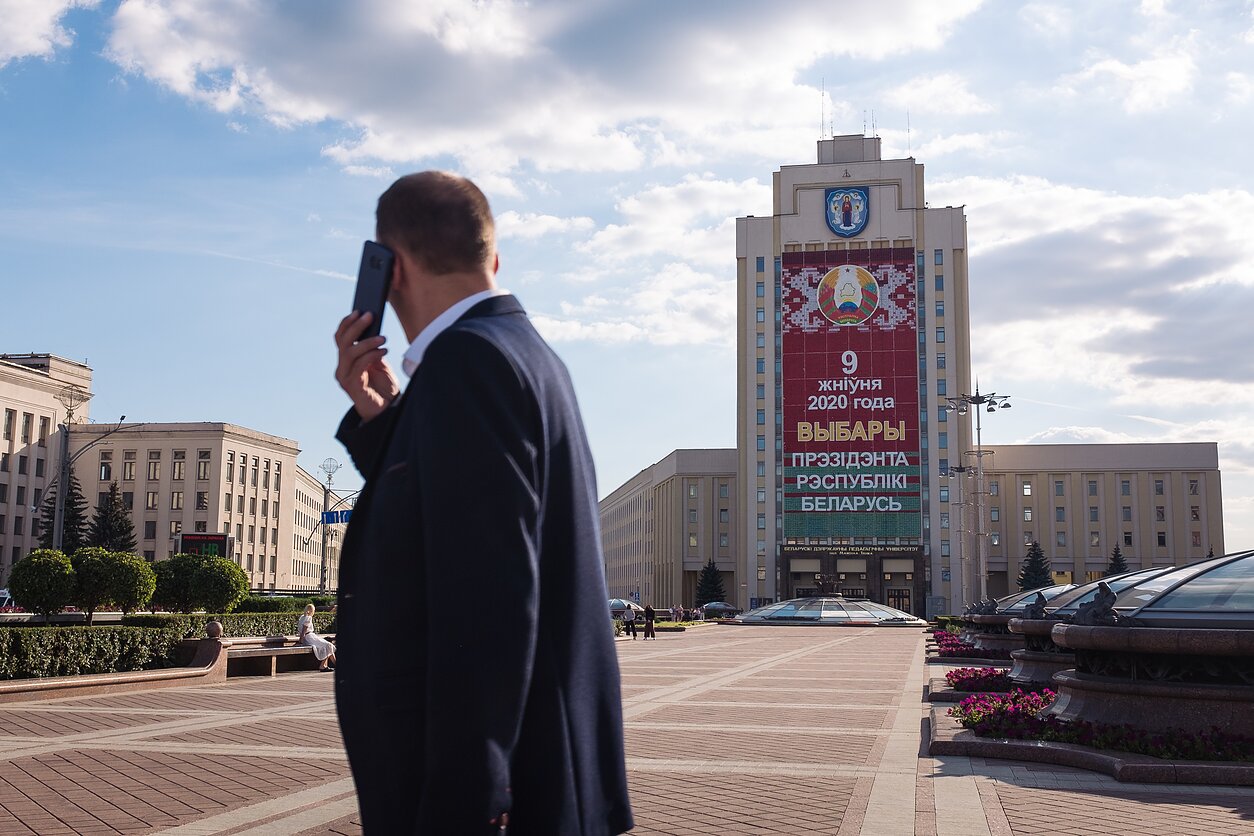 A massive billboard in Minsk announcing the presidential election on August 9.
5 / 6B. Gerdžiūnas/LRT 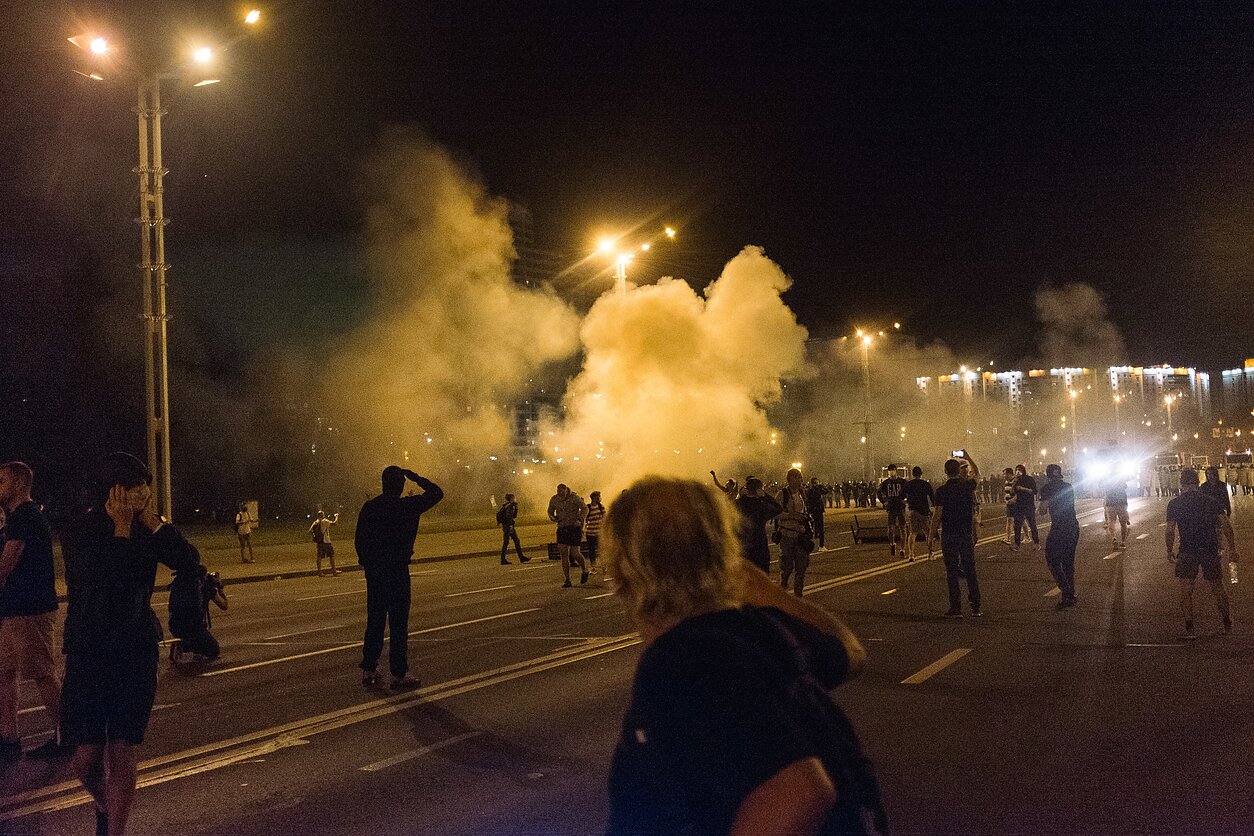 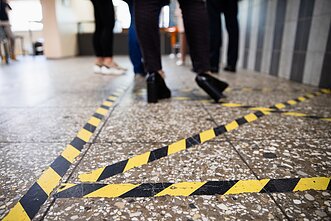 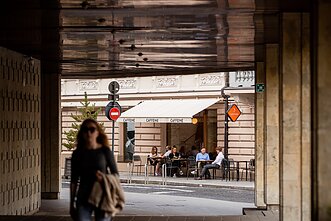 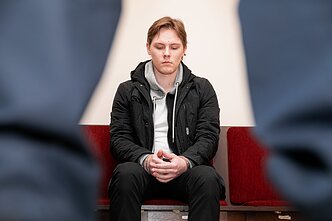 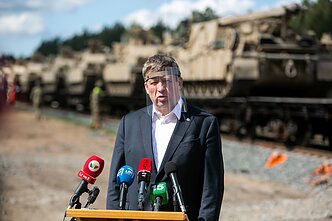 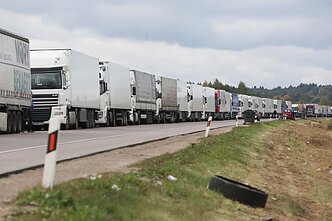 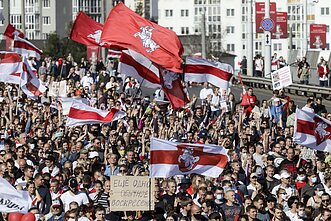