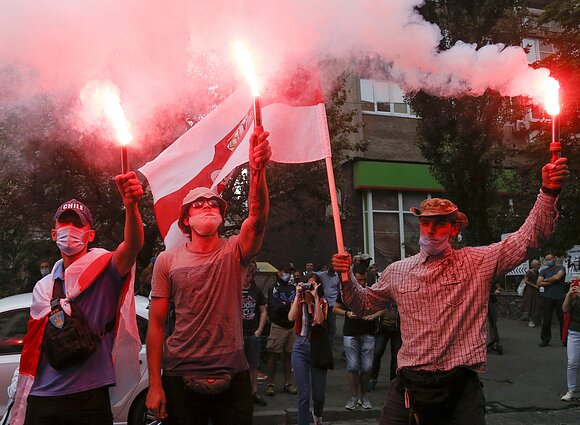 With explosions and shots ringing out across Minsk for the second night in a row, Belarusians are also calling for support from Lithuania. In one of the epicentres of Monday’s protests, a graffiti sprayed on a billboard called out: “Lithuania – help”.

“It wasn’t like this even in Vilnius in 1991,” said a visibly shaken taxi driver as he sped past another military barricade in Minsk. With security forces blocking off the centre of the capital city, demonstrations moved to the suburbs.

Read more: Tikhanovskaya in Lithuania: ‘I made a very tough decision’

On Monday night, no one was singing anymore. From balconies and windows of apartment blocks, neighbours shouted out the latest information picked up from Telegram, a popular messaging app that functions sporadically despite the internet blackout, warning of troop and police movements.

With people gathering outside, a stream of cars flowed through the streets of Minsk, filling the city with the sound of Viktor Tsoi, the singer of the famous Russian band Kino, whose song Change from the 90s became the anthem of the Belarusian protests. 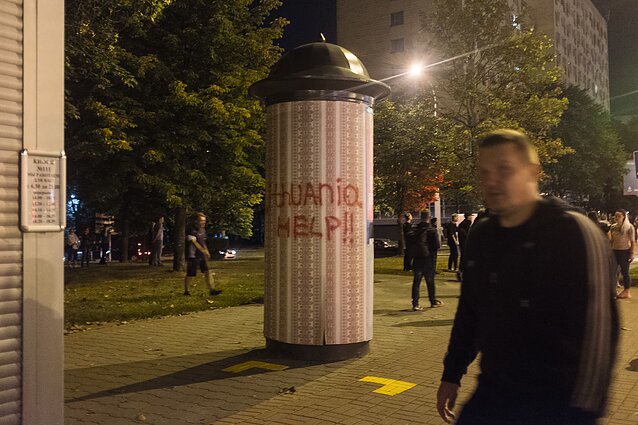 As security forces ramped up violence against the protesters, firing volleys of rubber bullets and grenade canisters into crowds, the same cars quickly stood in as mobile barricades, slowing down the advance of riot police and providing shelter from projectiles.

Near Pushkinaya, which was one of the few hotspots of Monday’s protests, cars honked and neighbours whistled from their apartments to warn of advancing OMON police, which moved in to surround those confronting a military cordon further up the road.

Moments later, the police unleashed a barrage of sound grenades and tear gas. Without internet connection, information about street battles unfolding all around the neighbourhood came in the form of flashes of explosions seen in the sky in every direction.

Anger in Belarus against the regime seems to be spreading from every corner of Minsk.

Regrouping along the high-rise apartment blocks synonymous with the urban landscape in Minsk, the crowds began building barricades. Alexander Lukashenko, meanwhile, reiterated his claim that “there will be no Maidan”, in reference to the pro-European revolution in Ukraine.

“Today we came prepared,” said a trio of young Belarusians, who opened their car boot to baseball bats and helmets. After the protest on Sunday, which saw largely peaceful crowds attacked by OMON riot police, we have to be ready, they said. 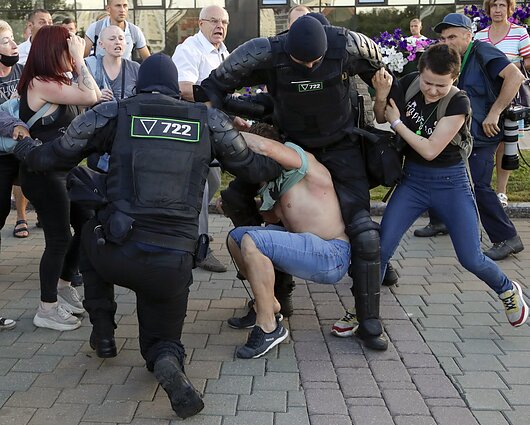 Anger in Belarus against the regime seems to be spreading from every corner of Minsk. In an eastern suburb of the capital, a man in his 20s stood silently by the main street, his eyes closed, holding a hand-drawn sign that said “Lie”.

Throughout the capital, different-coloured squares conceal anti-regime graffitis in what has become an ongoing game with the authorities who hastily paint over the slogans that include “stop the cockroach” and “3 percent”, in reference to Lukashenko and his independently-polled rating in the run-up to the election.

Meanwhile, the Belarusian state media maintains the information blackout by denying mass demonstrations have ever taken place, downplaying the numbers on the streets and those detained, injured, and killed. 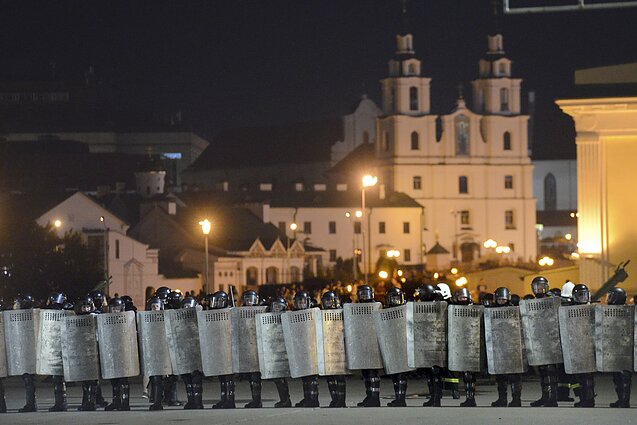 Displays of resistance had already been sweeping Belarus in the weeks before the vote, the biggest mobilisation of Belarusian society since the mass protest of 2010. Several days before the Sunday election, cars would signal in support of the opposition along the city’s main Independence Street. Meanwhile, groups of people stood alongside the road, displaying the ‘love’, ‘peace’, and ‘victory’ hand gestures of the opposition.

The regime continues to try to create an atmosphere of fear, but as Belarusian say, the recent protests showed it failed to deter the people.

But even such displays of dissent were met by repressions. Unmarked KGB vans would pull up in front, spurring chases into the courtyards. Some, however, were not lucky enough to escape and were beaten by the plain-clothes agents and then dragged into the vans.

The regime continues to try to create an atmosphere of fear, but as Belarusians say, the recent protests showed it failed to deter the people. Lukashenko is blaming foreign actors for the protests, claiming the election went by “like a dream” – a dream-like narrative contrasted by the continuing unrest. 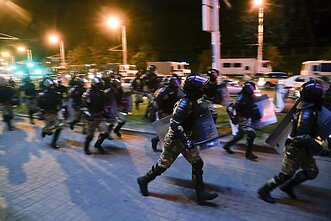 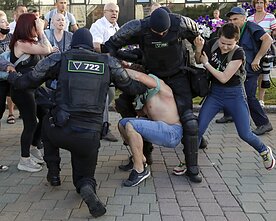 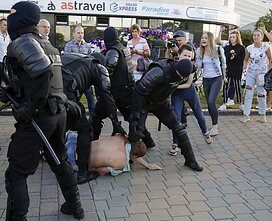 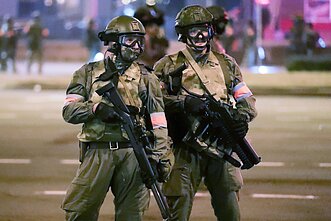 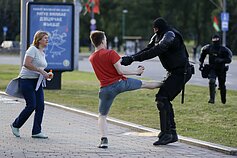 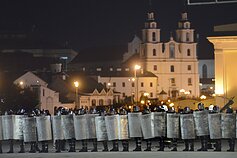 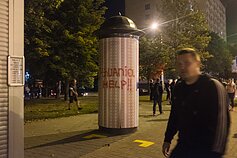 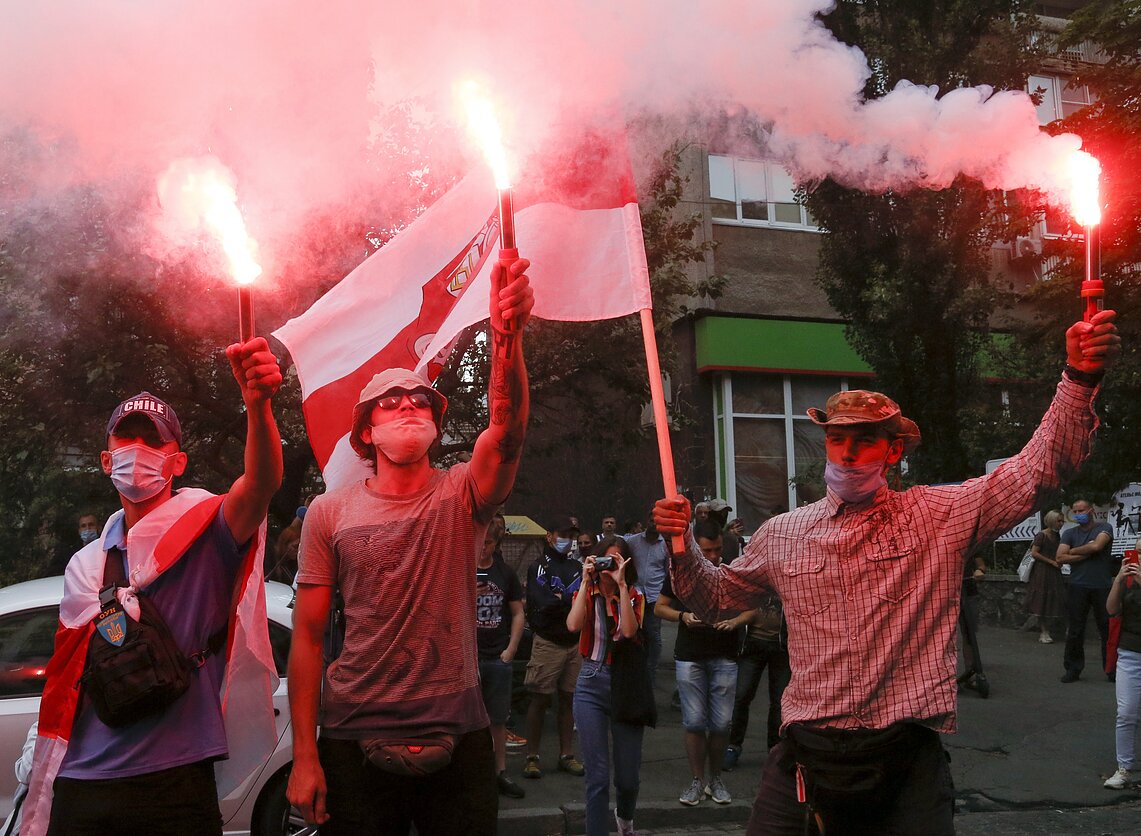 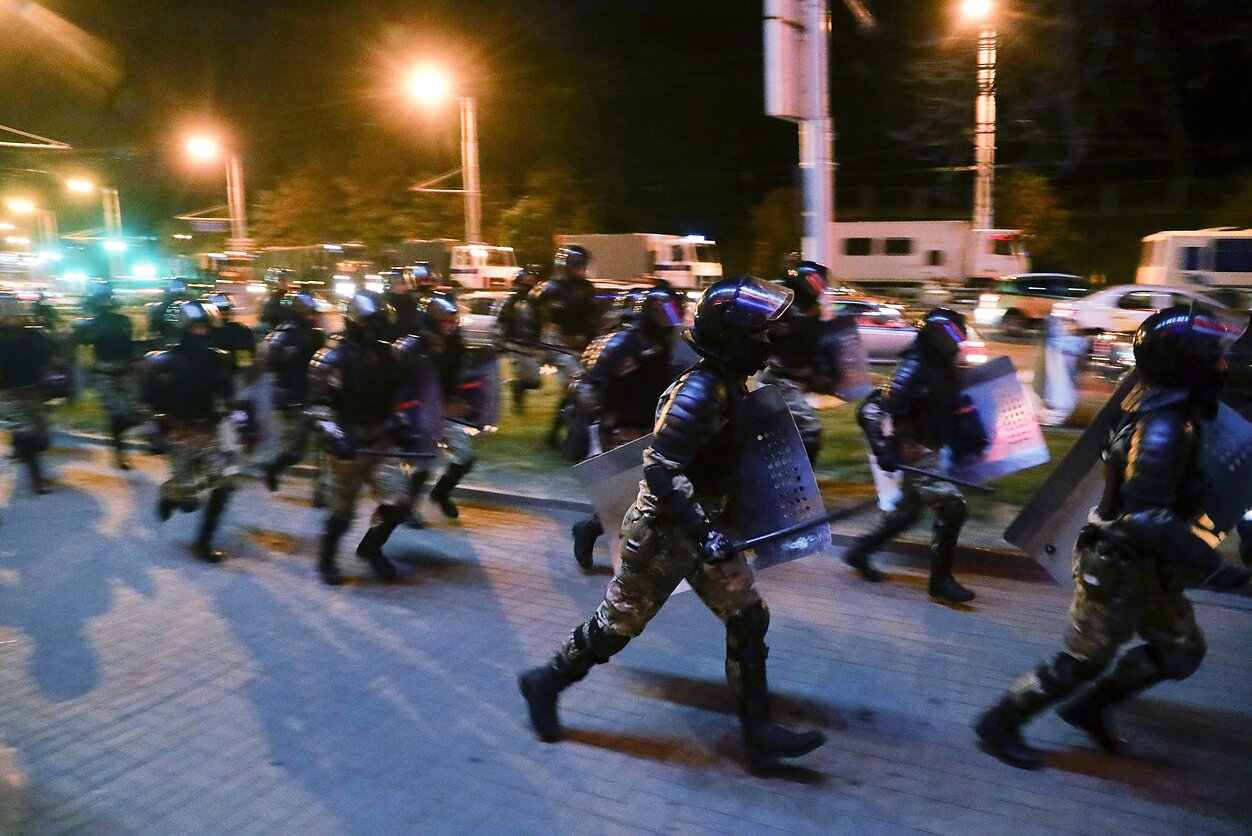 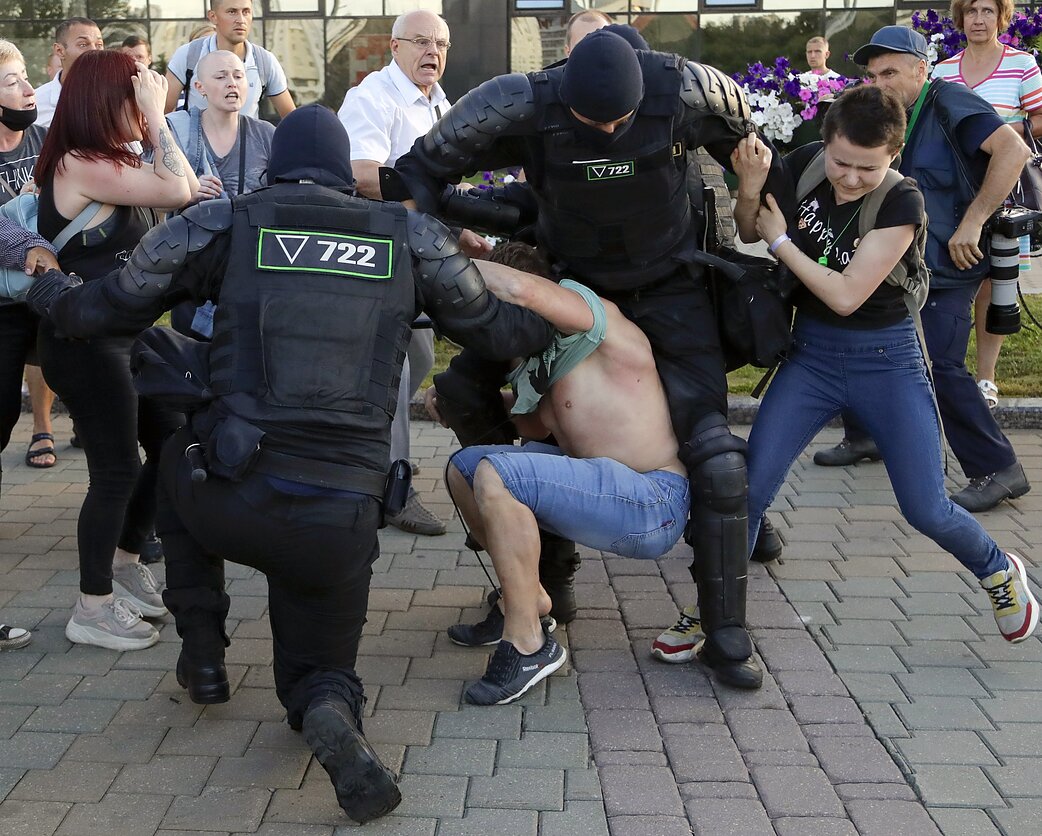 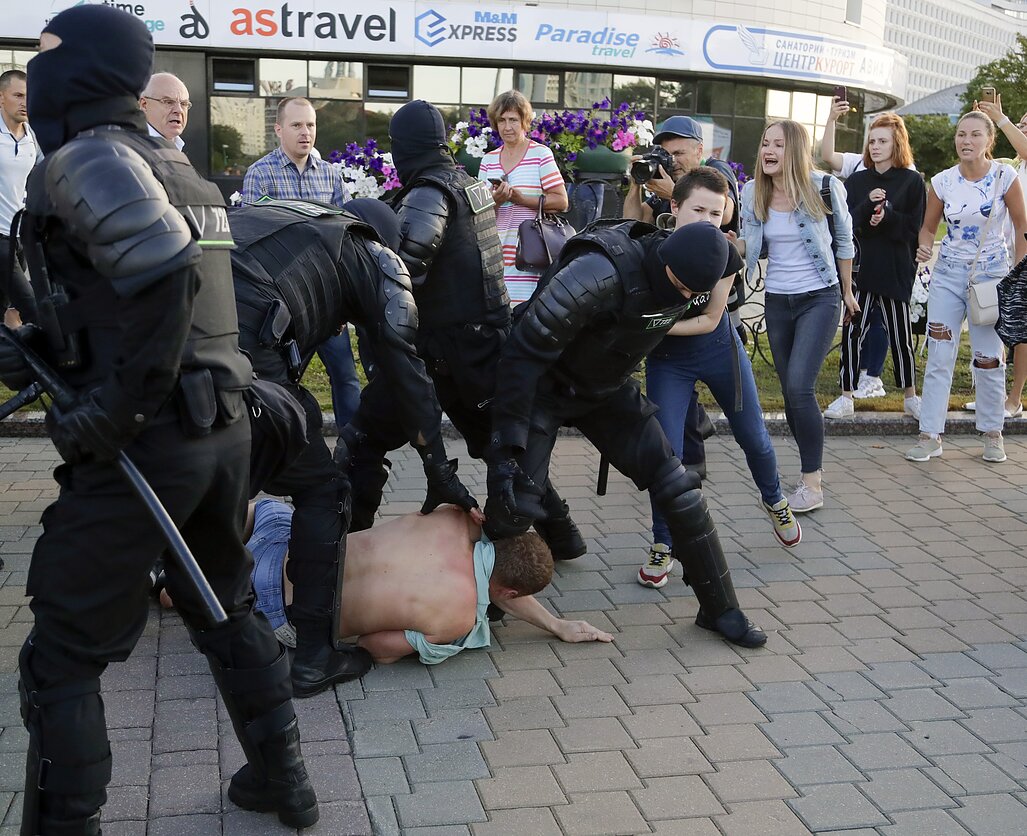 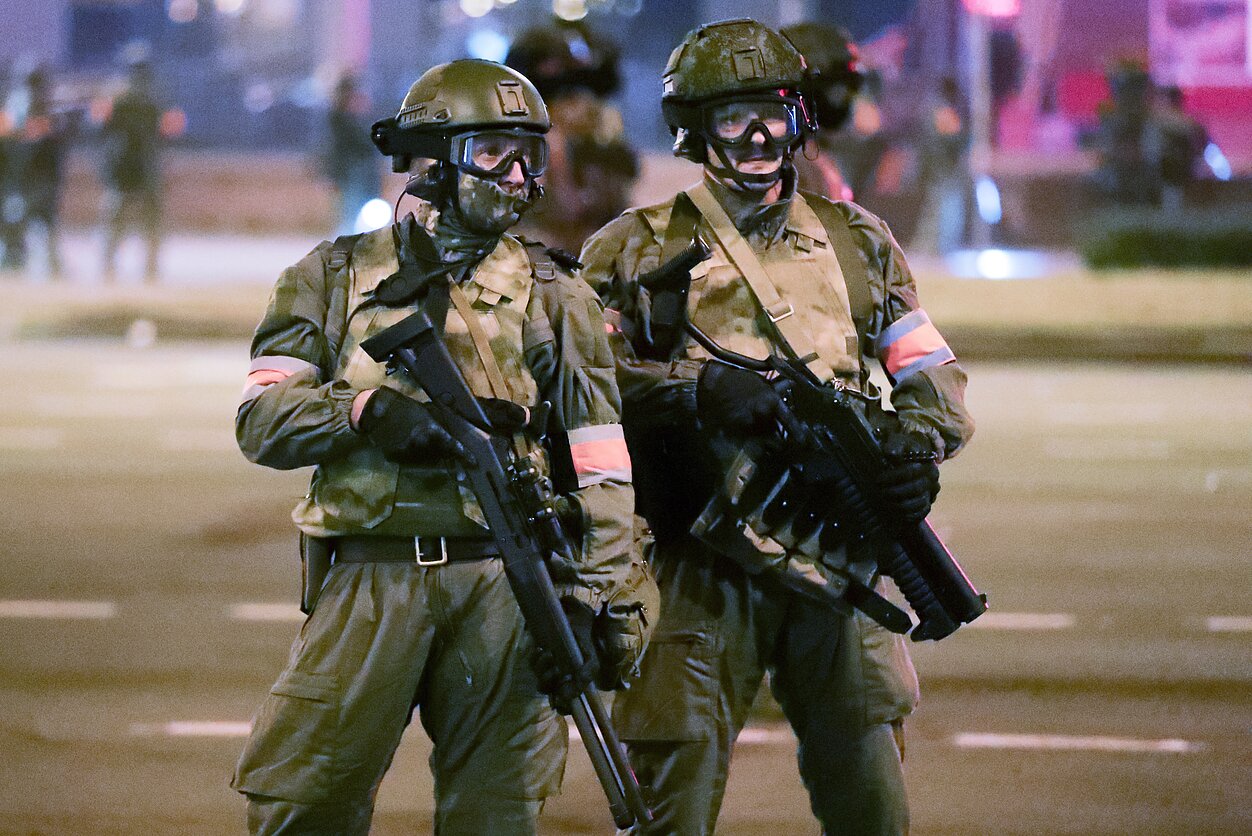 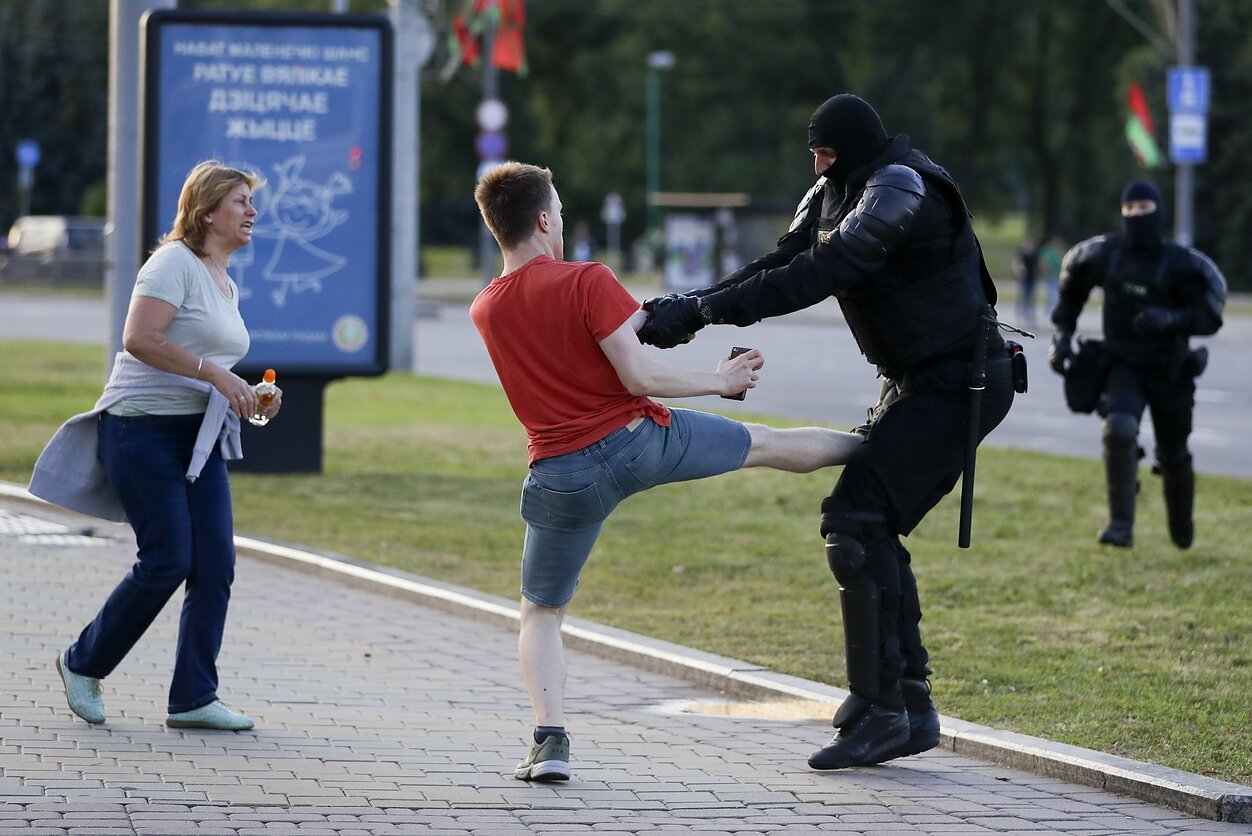 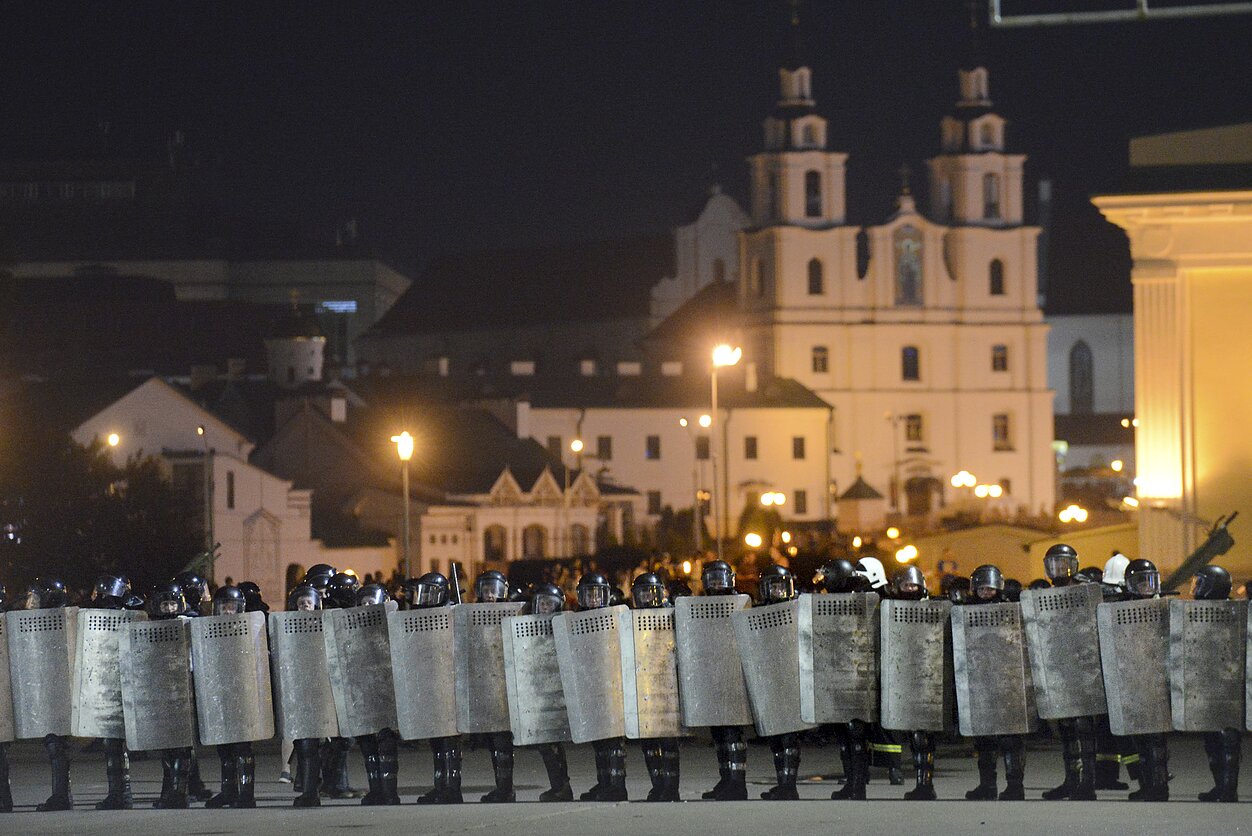 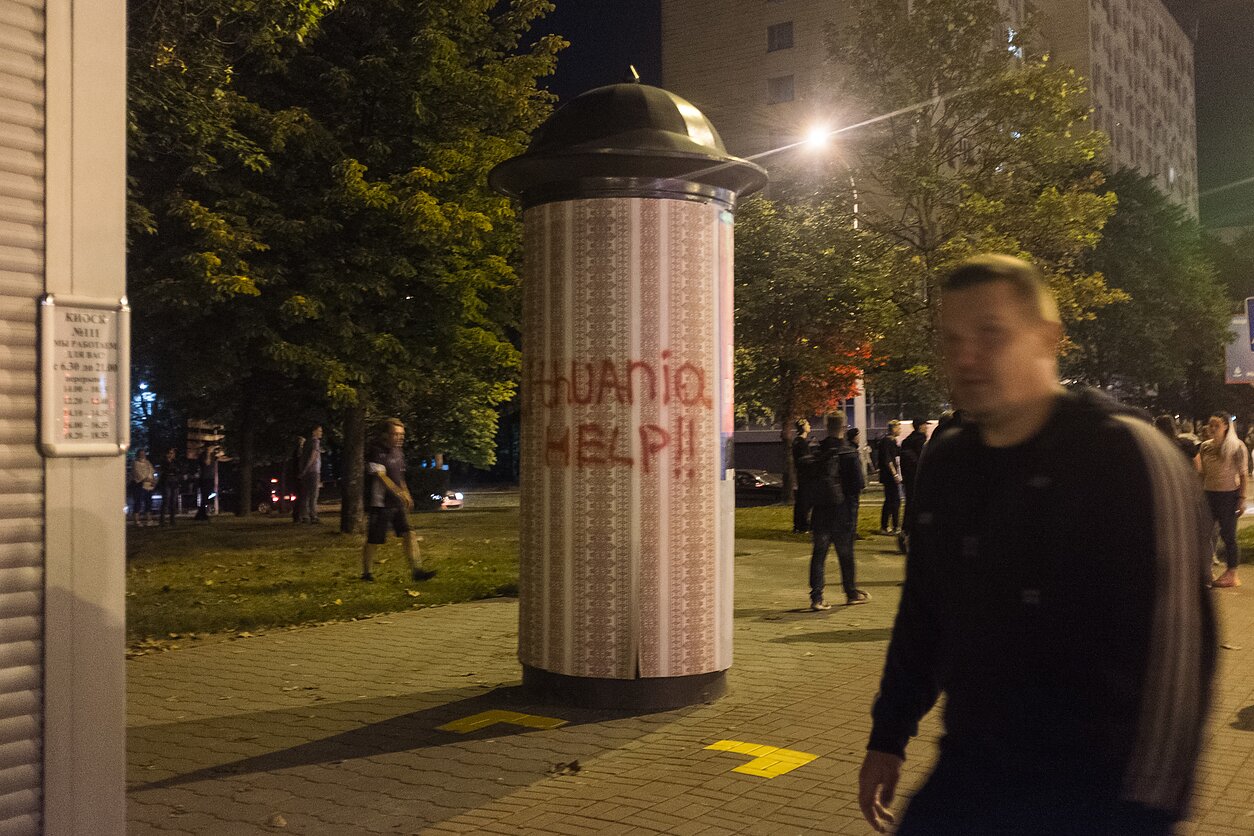