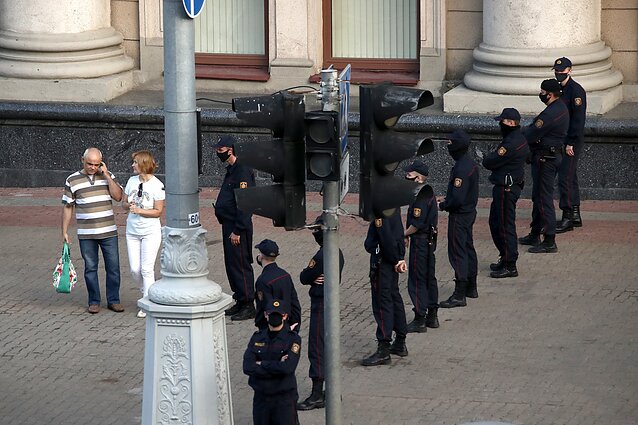 Security during the presidential vote in Minsk / Vida Press

Sunday's presidential election in Belarus was not free and fair, says Lithuania's foreign minister, but the country's civil society has shown it wants change. Lithuania's opposition parties have called on the EU to sanction Minsk officials who perpetrate violence against the opposition.

Read more: Lithuania ‘very concerned’ over use of violence against Belarus opposition

Belarus' Central Electoral Commission said on Monday that Alexander Lukashenko won 80 percent of the vote, putting him on course to serve his sixth term as president.

Svetlana Tikhanovskaya, a 37-year-old former English teacher who emerged as Lukashenko's chief opponent, won 9.9 percent, according to official results, while the other three candidates received less than 2 percent. The turnout was put at 84 percent.

Mass protests erupted in parts of the country, including the capital Minsk, after official exit polls showed Lukashenko was on course for reelection. The president's opponents have claimed that the election results were rigged in his favour.

At least one person has been killed and dozens injured in the clashes between police and protesters, while 120 people have been detained nationwide, reported DW quoting information from the Viasna human rights group. 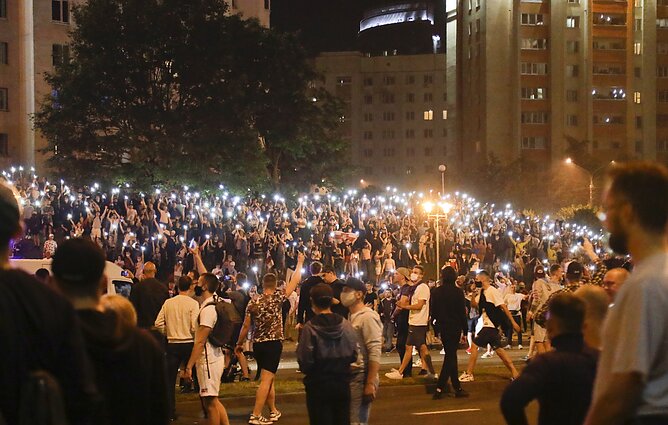 Since the start of the election campaign in May, more than 2,000 people have been detained, according to Viasna.

Responding to events in Belarus, Lithuania will pay even more attention to human rights in the neighbouring country, said Foreign Minister Linkevičius, and expand its cooperation with the Belarusian opposition.

Repressions against political activists, peaceful protesters and journalists in #Belarus are absolutely inconceivable. This night will show willingness and ability of Government to uphold dialogue.

“The EU had warned that violence against peaceful demonstrators and journalists was unacceptable, and Belarus needs to look for ways to speak with civil society. Unfortunately, we didn’t see that,” the minister said.

“In the future, we will need to pay more attention to human rights and freedoms in Belarus and to cooperate with the opposition even more actively. Obviously, civil society is ready for changes and we cannot ignore that, we need to respect people's opinion,” Linkevičius told BNS. 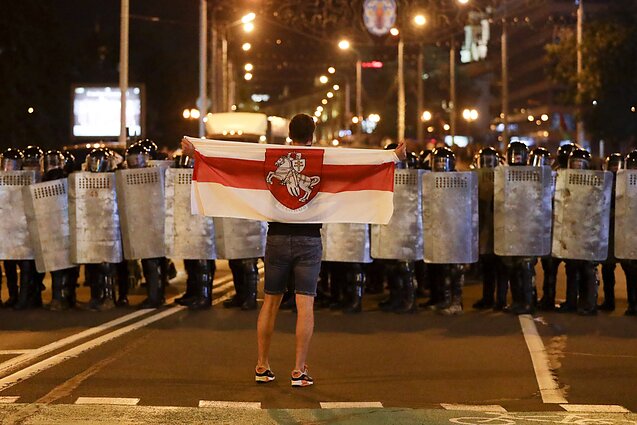 Vilnius will prepare a response to the Belarusian government's actions, once it has information about possible repressions, the minister said.

“We need to collect more information. Over a thousand detained people is an impressive indicator and they must be immediately released. If Belarus gets back to the political prisoner issue, with no doubt, we will once again consider sanctions,” Linkevičius said.

Together w/@prezydentpl, we call on 🇧🇾 authorities to refrain from violence, respect freedom of expression, human & citizen rights! pic.twitter.com/WbIQTGYO3O

The minister also underlined that Belarus remaining an independent country, free from interference from Russia, was in Lithuania's national interest.

“Belarus' sovereignty and independence are in our national interest. We will do everything possible both in the international area and in our bilateral relations to preserve it,” Linkevičius said.

Read more: A spark of hope in Belarus – opinion 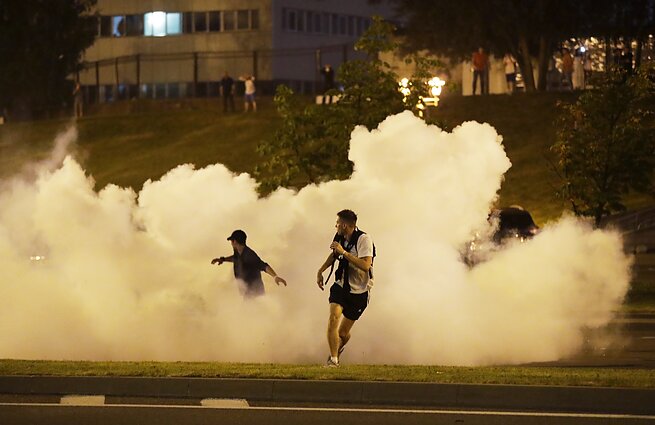 Lithuania's opposition conservative Homeland Union – Lithuanian Christian Democrats are calling on the European Union to introduce sanctions against Belarusian government representatives and demand a new fair presidential election, cutting any financial assistance to the Belarusian government until the demands are met.

Gabrielius Landsbergis, the party's leader, and Ingrida Šimonytė, who leads the party's candidate list for the upcoming general election, expressed their position in a letter to the European People's Party.

In the letter, they say that “Belarus does not have a legitimate president” and “Alexander Lukashenko lost the election and is trying to hold onto power by brutal force”.

“Sanctions against Belarusian officials and companies involved in compromising human and democratic rights in the course of the election campaign is a necessary step. Concrete demands from the European Union must follow – new free and fair elections and freedom for political prisoners,” the letter reads.

“Until this is done, the Belarus authorities must not receive any financial assistance, only direct support for civic organisations, communities and business, with no possibility for illegitimate authorities to participate in the distribution of the support,” Landsbergis and Šimonytė say.

Lithuania should convene an extraordinary parliamentary sitting over the situation in Belarus and prepare to take in political refugees fleeing Minsk's repressions, the Social Democratic Party (LSDP) said on Monday. 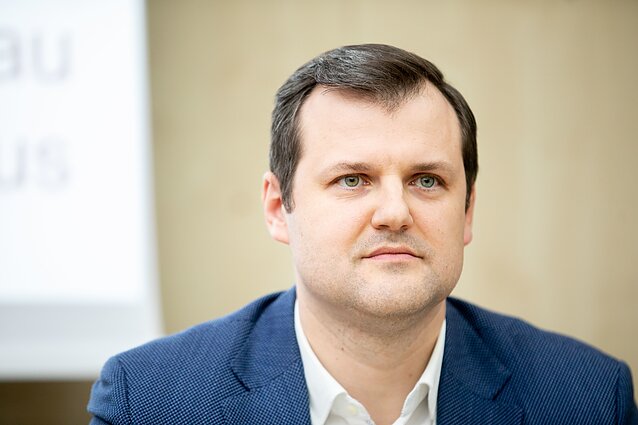 The opposition party suggests that Lithuania's Seimas call on the European Parliament to impose sanctions on Belarusian officials responsible for serious human rights violations, including a travel ban and freezing their assets and funds.

“We need to take action that would actually stop the authoritarian regime, but would not harm the Belarusian society,” LSDP Chairman Gintautas Paluckas said in a statement.

“Instead of economic sanctions on the entire country, we must consider political sanctions targeting the regime's leaders, and the initiators and perpetrators of violence, as well as prepare to accept political refugees,” he said.

The party also proposes that the EU should consider ways of helping political refugees and refuse to recognise the officially reported results of Sunday’s presidential election. 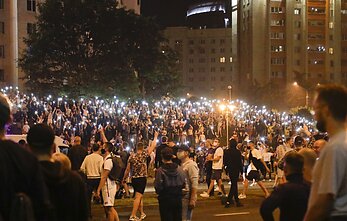 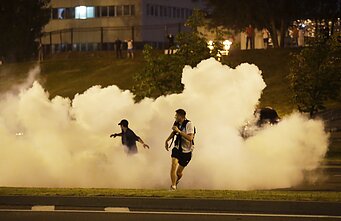 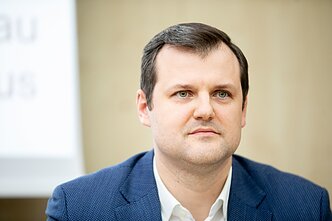 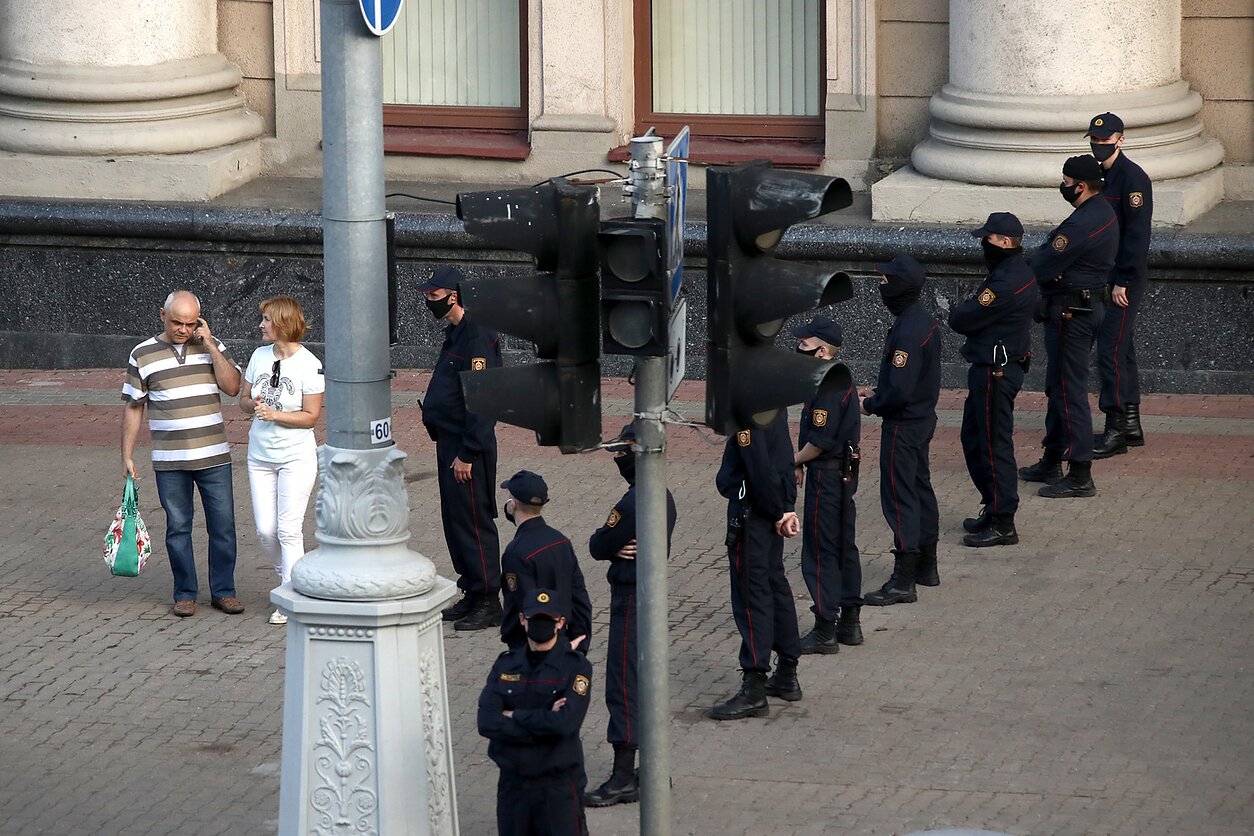 Security during the presidential vote in Minsk
1 / 5Vida Press 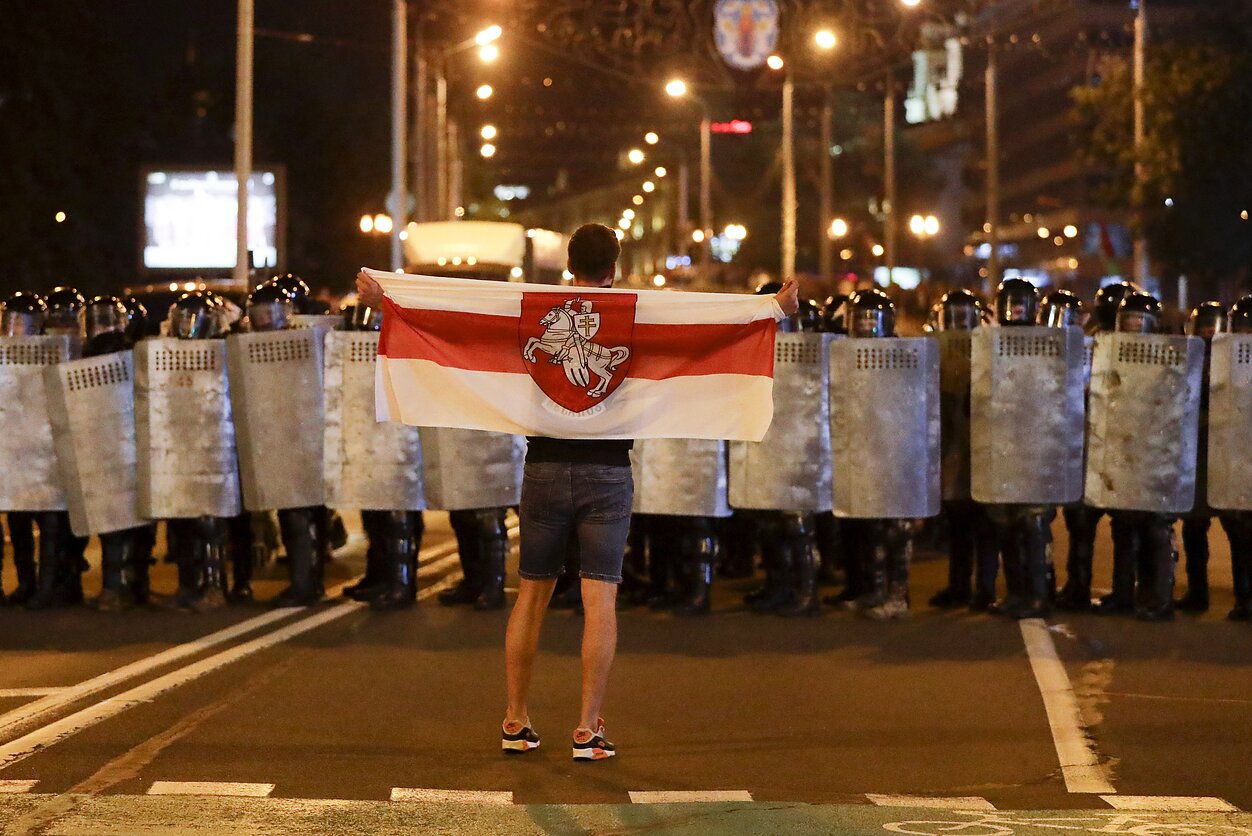 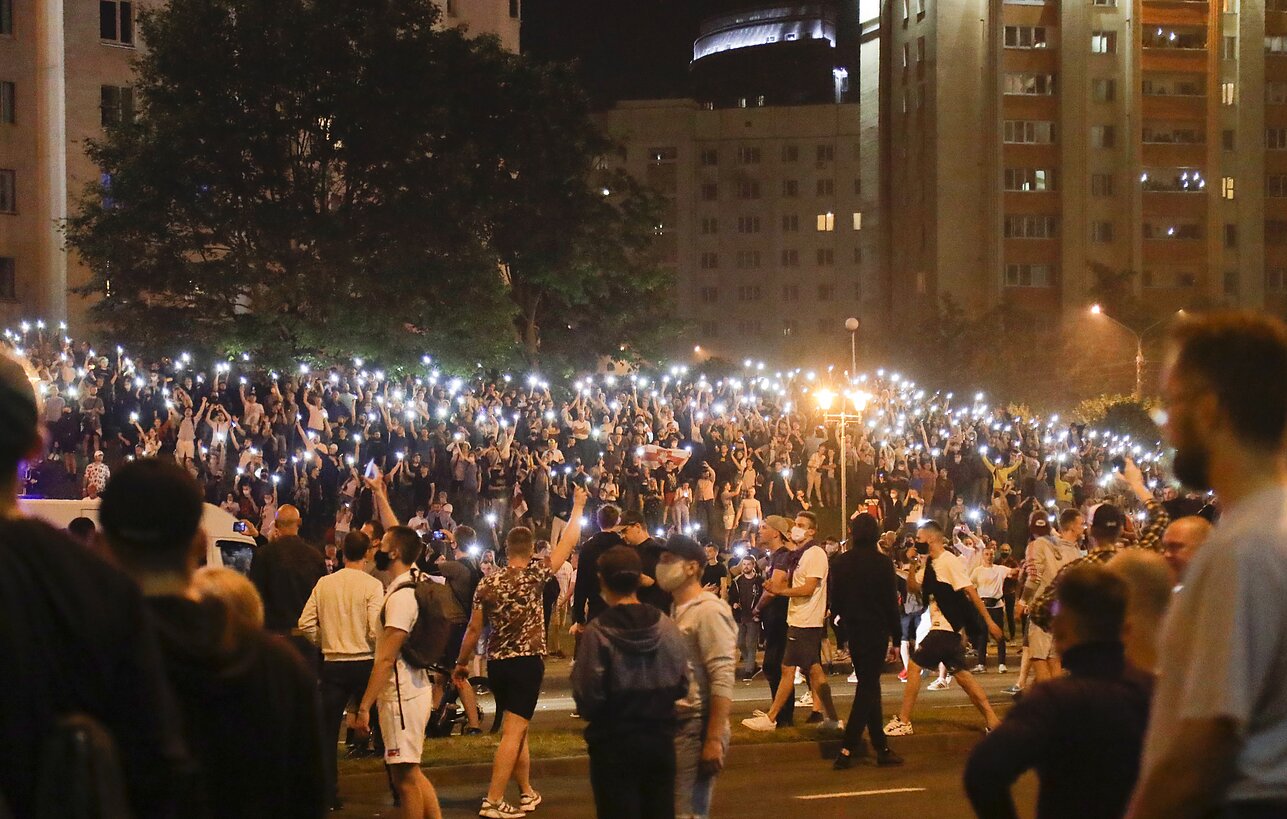 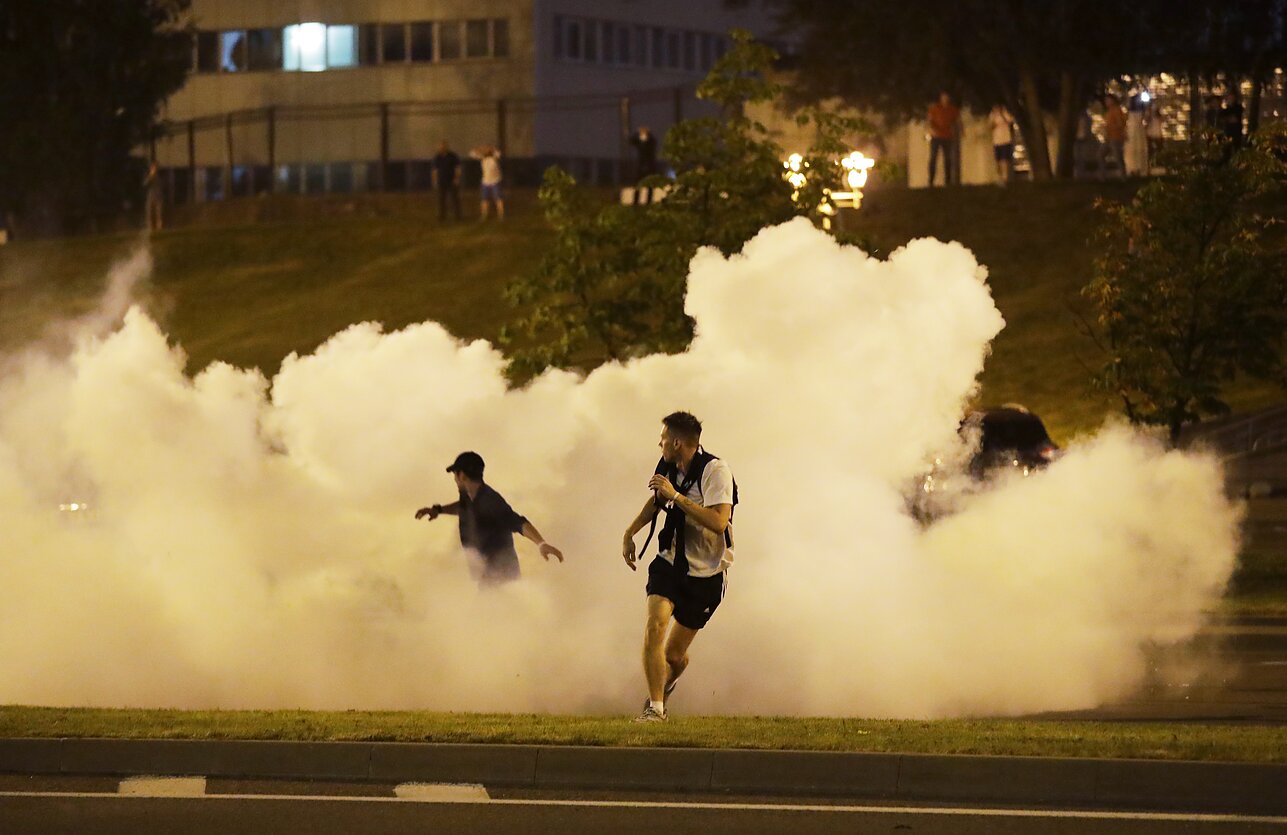 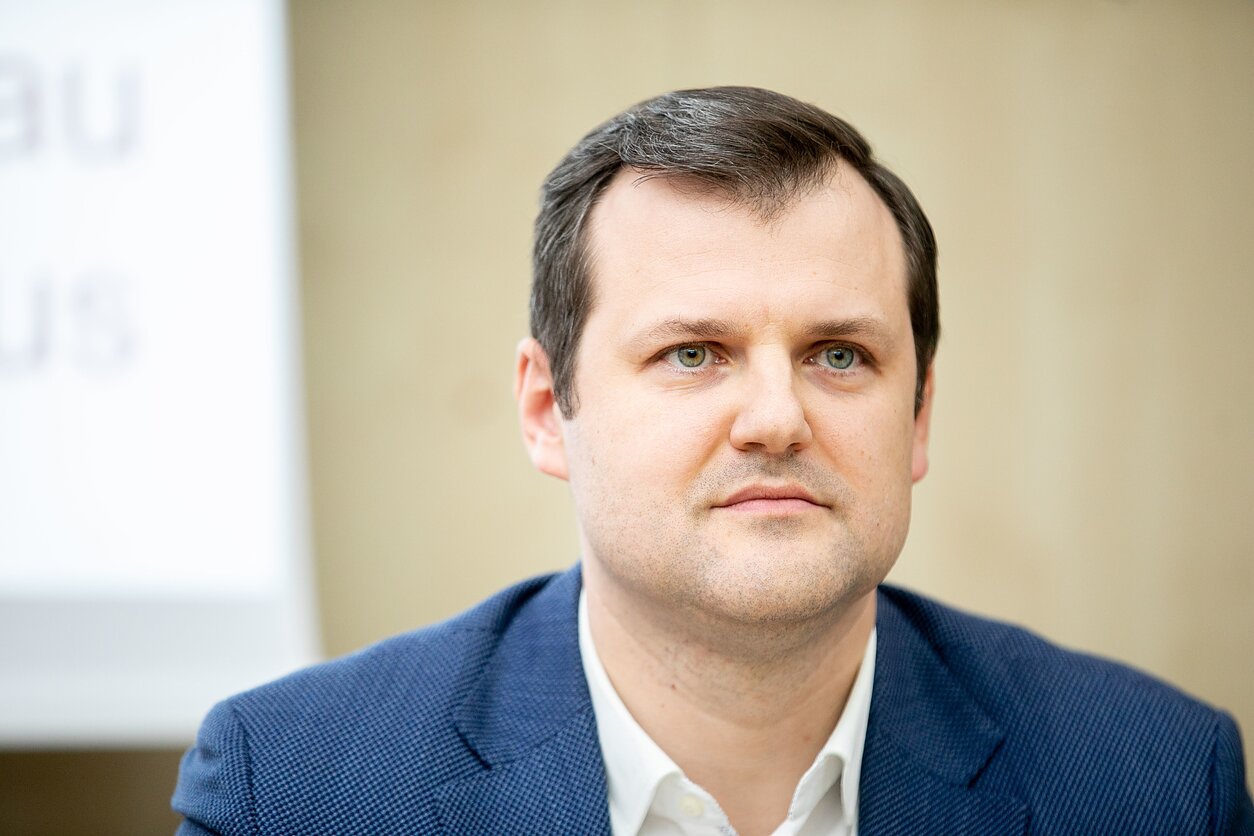